The Cell Phone, the Password and Using the Internet to Entice a Minor 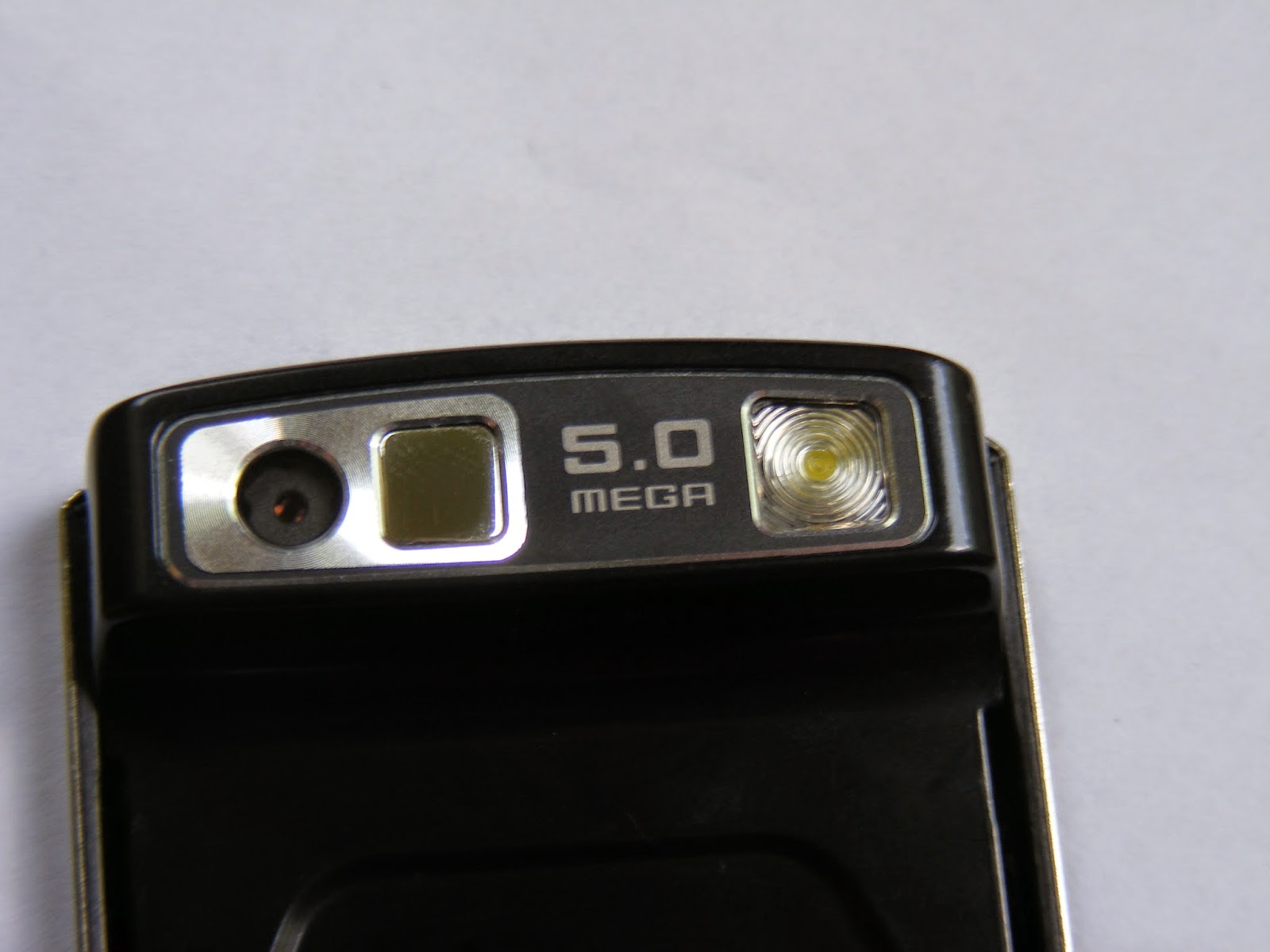 After Juan Carlos Venegas was convicted of using a cell phone and the Internet to entice a minor to engage in sexual activity in violation of 18 U.S. Code § 2422(b), he appealed. U.S. v. Venegas, 2014 WL 6766693 (U.S. Court of Appeals for the 5th Circuit 2014). The 5th Circuit began its opinion by explaining how the prosecution arose:

On the morning of July 2, 2012, the minor victim's father discovered Venegas, a 20–year–old male, asleep in bed with M.S., the 13–year–old minor victim. M.S.'s father called the police. Sheriff's Deputy Chris Villegas . . . and another officer arrived at the house to investigate. When he tried to speak with Venegas, Villegas discovered that Venegas was hearing-impaired.


While conducting his investigation at the residence, Villegas picked up Venegas's cell phone and touched the screen. Deputy Villegas saw that the cell phone's cover screen was a picture of Venegas and M.S. together.Although Villegas did not formally arrest Venegas at this time, Venegas nonetheless agreed to accompany Villegas to the police station. Villegas communicated with Venegas in written English while waiting for a sign-language interpreter to arrive. Villegas asked Venegas in writing whether he could examine the contents of Venegas's cell phone. Venegas agreed and gave Villegas the passcode to access the phone. The phone contained a photo of M.S. in his underwear, romantic text messages between Venegas and M.S., and other evidence demonstrating an intimate relationship between the two.After the sign-language interpreter arrived,  Villegas read Venegas his Miranda rights and interviewed him. During the interview, Venegas admitted he had engaged in sexual activity with M.S., and that he knew M.S. was only thirteen. Villegas thereafter obtained a warrant for Venegas's arrest.

A federal grand jury charged Venegas with “using a cellular telephone and the Internet to knowingly persuade, induce, and entice an individual who had not attained the age of 18 years to engage in sexual activity.”  U.S. v. Venegas, supra.  He moved to suppress the
evidence obtained from his cell phone and the inculpatory statements he gave during the interview with Villegas. U.S. v. Venegas, supra. The U.S. District Court Judge who had the case denied the motion, and the case went to trial. U.S. v. Venegas, supra. The jury found Venegas guilty, and the judge sentenced him to 121 months' imprisonment. U.S. v. Venegas, supra.
Venegas raised several issues on appeal but this post only examines two of them, that
“Villegas unconstitutionally searched his phone records on two occasions: once when he looked at the phone's cover screen at M.S.'s house, and again at the police station after he obtained Venegas's password to unlock the phone.”  U.S. v. Venegas, supra.
The court began with the first argument, explaining that
[s]hortly after Villegas arrived at M.S.'s home, he touched the screen on Venegas's cell phone, which revealed a digital photo of Venegas and M.S. posing close together, with their heads touching. Venegas argues that Villegas's examination of the phone's cover screen amounted to an unconstitutional search.

Because Venegas did not raise this particular issue in his pretrial motion to suppress, we review for plain error. `Such a review requires that there be error, that is plain, and that affects the defendant's substantial rights.’ U.S. v. Fernandez, 559 F.3d 303 (U.S. Court of Appeals for the 5th Circuit 2009). Venegas must also show `that the error “seriously affects the fairness, integrity or public reputation of judicial proceedings.”’ U.S. v. Fernandez, supra.

The government urges us to conclude that the search was valid because the phone's cover screen was within Deputy Villegas's `plain view’ at the time he arrived at M.S.'s house. Because Villegas had to manipulate the phone to view the photograph, however, we are hesitant to conclude that the photograph was within Deputy Villegas's plain view.
U.S. v. Venegas, supra.  The Court of Appeals was reluctant to find that the photograph was in plain view because in U.S.  v. Zavala, 541F.3d 562 (U.S. Court of Appeals for the 5th Circuit 2008), it found that the
`6323 number was not plainly visible to Moreman. He had to open the cell phone and manipulate it in order to retrieve the subscriber number. Thus, Moreman's testimony regarding the 6323 number is not admissible under a plain view theory.’
U.S. v. Venegas, supra.
The Court of Appeals ultimately found that it was not required to
reach that question. . . . Assuming without deciding that the district court erred by admitting the cover screen photograph into evidence, that error did not affect Venegas's substantial rights. The Government produced abundant evidence of Venegas's intimate relationship with M.S., including text messages, Facebook messages, testimony from M.S.'s parents, Venegas's admissions to Deputy Villegas, and other photos depicting M.S. and Venegas together.

Most notably, the jury heard evidence that M .S.'s father discovered Venegas in M.S.'s bed, as well as that Venegas admitted to kissing and engaging in sexual contact `under the clothing’ with M.S. even though he knew M.S. was only thirteen years old.

Thus, we are satisfied that the district court's decision to admit the cover screen photograph into evidence did not affect the verdict. For that reason, the photo's admission into evidence did not affect the fairness, integrity, or public reputation of judicial proceedings either.
The district court therefore did not plainly err by admitting this evidence.
U.S. v. Venegas, supra.
The Court of Appeals then took up Venegas’ other argument – that the evidence should be suppressed because Villegas used his password to unlock and search the phone. U.S. v. Venegas, supra.  The Court of Appeals began its analysis of this issue by explaining that
[a]fter transporting Venegas to the police station, Villegas searched the password-protected contents of Venegas's phone pursuant to Venegas's consent and found incriminating evidence. Venegas acknowledges that he gave Villegas his password as well as express permission to examine files on his phone.
At the police station, Venegas and Deputy Villegas engaged in the following written exchange:
Deputy Villegas: Can I look through your cell phone
Venegas: Yes, why?
Deputy Villegas: I am conducting a investigation [sic], looking into what happened this morning and then hopefully you can go.
Venegas: Oh ok
Deputy Villegas: What is the combo to the lock on your cell when you turn on the cell if you try to look in on the phone it ask [sic] for a number combo.
Venegas: 1122
Deputy Villegas: Thank you.
U.S. v. Venegas, supra.
As the Court of Appeals noted, in his appeal Venegas argues that Villegas's reference to
`what happened this morning’ constituted a promise to look only at text messages sent on the morning of July 2nd. Venegas contends that he consented to the search solely on the basis of that promise. He claims that Villegas unconstitutionally exceeded the scope of that consent by looking at files and messages from dates prior to July 2nd.
U.S. v. Venegas, supra.
Venegas therefore filed a motion to suppress evidence obtained from his phone. U.S. v. Venegas, supra.  The Court of Appeals began its analysis of the argument noted above by explaining that a "police officer must generally" obtain a search warrant before he or she searches "digital information on a suspect's cellular phone."  U.S. v. Venegas, supra. It also noted, though, that "no warrant is necessary if the suspect consents" and then found that although Villegas did not obtain a search warrant, Venegas consented to the search.  U.S. v. Venegas, supra.
Venegas nonetheless argues that Villegas exceeded the scope of his consent. The scope of consent is determined by what a `typical reasonable person [would] have understood by the exchange between the officer and the suspect[.] The question is not to be determined on the basis of the subjective intentions of the consenting party or the subjective interpretation of the searching officer.’ [U.S. v. Mendoza-Gonzalez, 318 F.3d 663 (U.S. Court of Appeals for the 5th Circuit 2003).]

The district court found that Villegas never asked to look only at messages sent on the morning of July 2nd, and the written record of the exchange between Venegas and Villegas supports the district court's finding. A reasonable person would have understood Villegas's reference to `this morning’ as a request to search for any evidence on the phone that could explain why Venegas was in M.S.'s bed.

Moreover, Venegas answered `Yes’ to Villegas's request to search his cell phone before Villegas even mentioned he was `looking into what happened this morning.’ This demonstrates that Venegas did not condition his consent on any temporal limitation to the search. Thus, the district court did not err in concluding that Villegas did not exceed the scope of Venegas's consent.
U.S. v. Venegas, supra.
Finally, Venegas argued that the U.S. District Court Judge
should not have admitted the cell phone data into evidence because Villegas did not read him his Miranda rights prior to searching the phone. The district court found Venegas's `custodial status teeter[ed] between voluntary presence and detention’ at the time Villegas searched his cell phone.
Even if Villegas obtained Venegas's consent while Venegas was in custody, however, `Miranda warnings are not required to validate a consent search’. U.S. v. D’Allerman, 712 F.2d 100 (U.S. Court of Appeals for the 5th Circuit 2007). This is because `[a] statement granting “consent to a search . . . is neither testimonial nor communicative in the Fifth Amendment sense.”’ (quoting U.S. v. Stevens, 487 F.3d 232 (U.S. Court of Appeals for the 5th Circuit 2007)). The district court found that Venegas voluntarily consented to the cell phone search, and the record supports the district court's finding.
The district court therefore did not err by admitting the cell phone data into evidence.
U.S. v. Venegas, supra.
For these and other reasons, the Court of Appeals affirmed Venegas’ conviction and sentence. U.S. v. Venegas, supra.