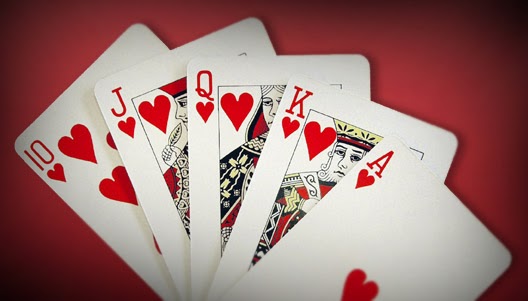 Richard Read “was convicted of murder, following a jury trial, and subsequently was sentenced to fifty years incarceration”, after which he appealed his conviction to the Appellate Court of Connecticut.  Read v. Commissioner of Correction, 2014 WL 5836756 (Appellate Court of Connecticut 2014).  That court affirmed his conviction.  Read v. Commissioner of Correction, supra.
Read then filed an action an action in the Superior Court of Connecticut – Judicial District of Tolland, in which he filed a “petition for a writ of habeas corpus claiming that his trial counsel was ineffective in representing him at his jury trial by failing to present certain expert testimony and as a result, he was prejudiced.”  Read v. Warden, 2013 WL 656893 2013).
As Wikipedia explains, habeas corpus is a

legal action . . . by means of which detainees can seek relief from unlawful imprisonment. The . . . United States Constitution specifically included the English common law procedure in Article One, Section 9, clause 2, which demands that `The privilege of the writ of habeas corpus shall not be suspended, unless when in cases of rebellion or invasion the public safety may require it.’
United States law affords persons the right to petition the federal courts for a writ of habeas corpus.

Habeas corpus petitions are generally filed as pro se cases, and the government (state or federal) is usually ordered by the court to respond. Individual states also afford persons the ability to petition their own state court systems for habeas corpus pursuant to their respective constitutions and laws when held or sentenced by state authorities.

The Superior Court denied his petition and in this case Read is arguing that the court erred in doing so.  Read v. Commissioner of Correction, supra.
The Appellate Court began its analysis of Read’s appeal by explaining that the

murder of which [he] was convicted occurred on October 21, 2005, at approximately 11:45 p.m. At [Read’s] criminal trial, both the defense and the prosecution utilized computer experts.

Each expert had examined the petitioner's computer, but neither was able to determine whether [Read] had been playing online poker on the evening of the murder. Trial counsel's investigator did not contact PokerStars, the online website used by [him], and neither the defense expert nor the state's expert contacted the website.

At the habeas trial, [Read] presented another computer expert, Monique Mattei–Ferraro, who testified that (1) she was able to contact PokerStars via e-mail; (2) PokerStars had activity logs going back to the time of the murder; and (3) PokerStars' records showed that [Read’s] username had been logged into the web-site between 4:43 p.m. and 10:07 p.m. on October 21, 2005, and again between 2:02 a.m. and 4:10 a.m. on October 22, 2005. Mattei–Ferraro also testified that, in her opinion, this information would have been available at the time of [Read’s] trial in 2007, but that she had not made this specific inquiry of PokerStars.

Read v. Commissioner of Correction, supra.
The Superior Court denied Read’s petition for a writ of habeas corpus because it found that he “failed to prove that there was a reasonable probability that the presentation of additional evidence or experts from the poker site would have changed the outcome of the trial.”  Read v. Commissioner of Correction, supra.
The Appellate Court began its analysis of that court’s decision by explaining that

`[under] the familiar two part test for ineffective assistance of counsel enunciated by the United States Supreme Court in Strickland [v. Washington, 466 U.S. 668 (1984)] . . .  the . . . Court determined that the claim must be supported by evidence establishing that (1) counsel's representation fell below an objective standard of reasonableness, and (2) counsel's deficient performance prejudiced the defense because there was a reasonable probability that the outcome of the proceedings would have been different had it not been for the deficient performance.’(Internal quotation marks omitted). Gonzalez v. Commissioner of Correction, 308 Conn. 463, 68 A.3d 624 (Appellate Court of Connecticut 2013). . . .

`The second part of the Strickland analysis requires more than a showing that the errors made by counsel may have had some effect on the outcome of the proceeding. . . . Rather, [the petitioner] must show that there is a reasonable probability that, but for counsel's unprofessional errors, the result of the proceeding would have been different.’ (Internal quotation marks omitted). Peruccio v. Commissioner of Correction, 107 Conn. App. 66, 943 A.2d 1148 (Appellate Court of Connecticut 2008). `A reasonable probability is a probability sufficient to undermine confidence in the outcome.’ Strickland v. Washington,  supra.

Read v. Commissioner of Correction, supra.
In this appeal, Read argued that the Superior Court “should have concluded that his trial counsel was ineffective for failing to direct and to prepare his computer expert properly in order to obtain and to present evidence that [Read] was playing poker online on October 21, 2005, the date of the murder.”  Read v. Commissioner of Correction, supra.

[m]ore specifically, [Read] argues that even though the evidence demonstrated only that he was online prior to and following the time of the murder, it would have shown that he was telling the truth when he told police he had been online that night and would have deprived the state of an opportunity to attack his credibility during closing argument.

Read v. Commissioner of Correction, supra.
The Appellate Court then explained that the

evidence presented against [Read] at the criminal trial was strong. The state presented evidence in the criminal trial that [Read] had spoken to the victim on the night of the murder, [Read’s] DNA was present on a cigarette butt and a Jack Daniels bottle found near the victim's body, [he] had access to a gun that was the same caliber as the murder weapon, ammunition of the same caliber was found in a pillowcase belonging to [Read] in a shed where he admitted to having been that night, [his] story of where he had been the night of the murder had changed several times and was somewhat far-fetched, and [Read] had admitted to a fellow inmate that he had shot the victim over a disagreement concerning a poker game.

Trial counsel testified at the habeas trial that he had pursued a reasonable doubt defense and that, even if he had known of the `new’ evidence, he would not have presented that evidence to the jury:

`No, that wouldn't . . . have helped my case at all. . . .  [I]f the state had been aware of this evidence, I would have stayed away from the topic of his potentially being on [PokerStars] altogether because it was a short distance from [Read’s]] home to where the body was found, and being off the computer at 10:07 or whatever it was and by -- there's plenty of time to be off the computer and accomplish the shooting.'

The evidence demonstrated that [Read’s] username was not logged on for several hours before and after the murder, and the jury reasonably could have thought that the evidence was inculpatory. The habeas court did not err in concluding that [Read] was not prejudiced by the failure of his trial counsel to discover and enter into evidence facts that were detrimental to [Read’s] case.

Read v. Commissioner of Correction, supra.
In another footnote that went to Read’s claims as to where he was at the time the murder was committed, the Appellate Court explained that Read “at one point said that he was in the shed sorting fishing poles for several hours at the time of the murder.”  Read v. Commissioner of Correction, supra.
You can, if you are interested, learn more about Read’s trial in the news story you can find here.

Posted by Susan Brenner at 8:31 AM