Kidnapping, the Mistrial and Juror Misconduct 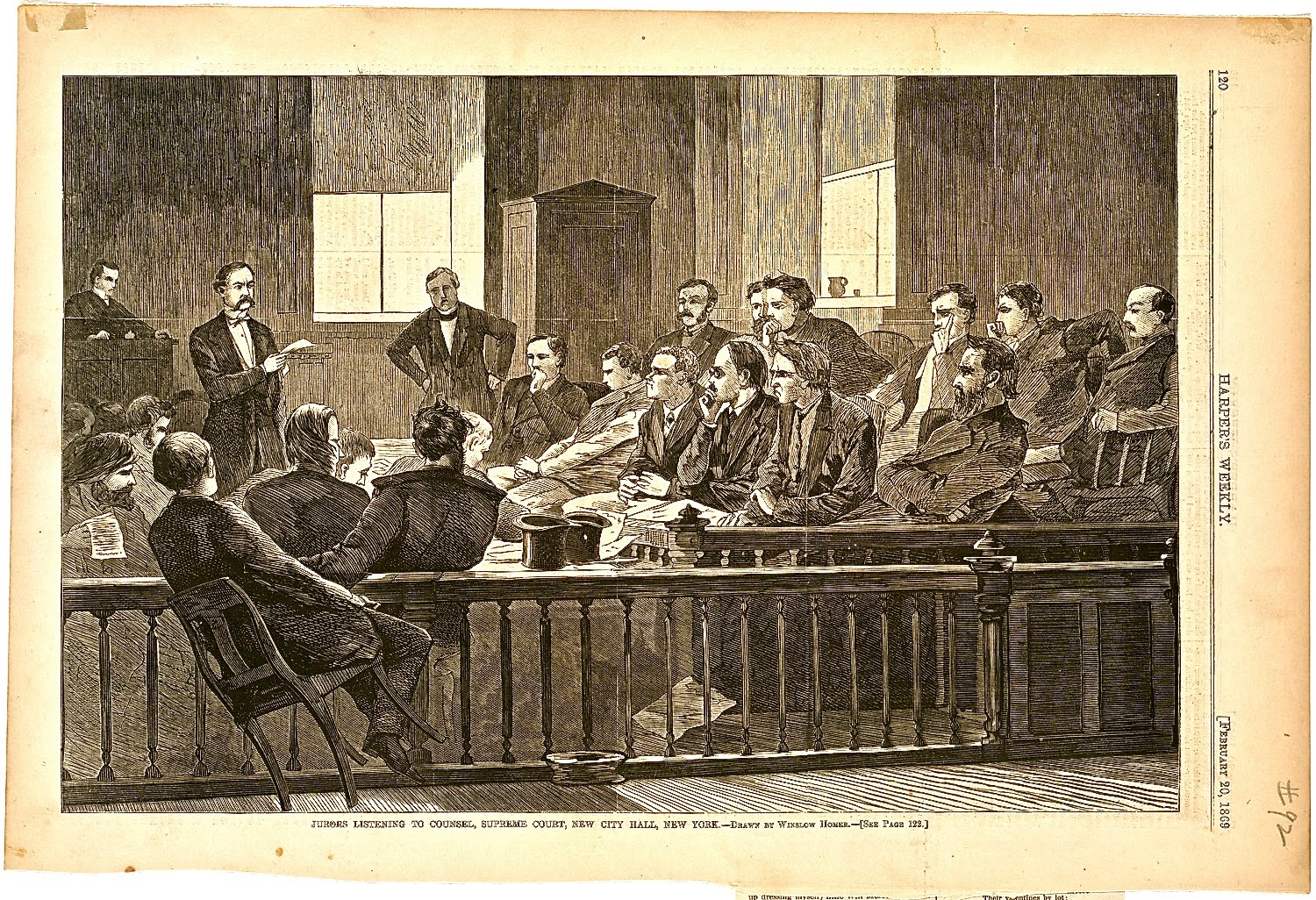 This post examines a recent opinion from the Supreme Court of Arkansas:  State v. Riley, 2014 WL 5494168 (2014).  The court begins its opinion by explaining that the State of Arkansas, which prosecuted Quinton Riley for kidnapping, was appealing “the circuit court's grant of appellee Quinton Riley's motion for a new trial based on juror misconduct.”  State v. Riley, supra.
As the Supreme Court noted, the “State argues on appeal that the circuit court abused its discretion in granting a new trial and asserts that jurisdiction is proper pursuant to [Arkansas Rule of Appellate Procedure –Criminal] 3(b) and (c) (2014).”  State v. Riley, supra.
The Supreme Court then explained what, exactly, happened in the Circuit Court:
After a two-day jury trial held on December 11–12, 2013, Riley was convicted of kidnapping and sentenced as a habitual offender to life imprisonment. On December 16, 2013, Riley filed a motion for new trial based on juror misconduct.

He alleged that Juror # 1, Brittany Lewis, had used her cell phone to post on Facebook during jury deliberations in violation of the circuit court's instructions to the jury that they were prohibited from doing so. Riley claimed that he became aware of Lewis's posts after the trial had already concluded.  He asserted that he had been prejudiced by Lewis's failure to follow the circuit court's instructions and argued that Lewis's conduct violated his right to due process and prohibited him from having a fair and impartial jury.

Riley attached to his motion the Facebook posts made by Lewis.
State v. Riley, supra.
The Supreme Court explains that the trial judge then held a hearing
on the motion for new trial on January 6, 2014. At the hearing, Lewis admitted that she had made several Facebook posts during the course of Riley's trial. At 5:18 p.m. on the first day of trial, during a recess, Lewis posted, `Still in this Court Room. Lord, I'm ready to go home. I'm sleepy and tired, and my red wine is calling my name.’

She stated, `Got home at 9:30 after leaving jury duty at 8:40. I'm just now eating my dinner while I'm irritated as hell. I probably won't be able to sleep tonight after hearing testimonies and seeing horrible pictures and I gotta do it all over again tomorrow. Nite nite. “grabs wine while wishing I had vodka”[.]’

Lewis testified that all of her posts were made during breaks in the trial. She admitted that her post at 7:02 p.m. on December 11 was made during jury deliberations; however, she claimed that she had taken a restroom break at the time. The [Circuit Court Judge] noted in this regard that the restroom was inside the jury room and that no juror had left the room during deliberations.
State v. Riley, supra.
After the hearing, the Circuit Court Judge
entered an order on January 10, 2014, granting Riley's motion for new trial. The court found that the jury had been repeatedly instructed throughout the trial not to discuss the case with anyone and that they had also been specifically instructed in accordance with AMCI 101(g) not to use cell phones or other communication devices for any purpose while in the jury room during deliberations.

The circuit court cited to this court's decision in Dimas–Martinez v. State, 2011 Ark. 515, 385 S.W.3d 238 (2011), in which we held that the defendant was prejudiced by a juror's posts on Twitter during the trial because this demonstrated that the juror had failed to follow the trial court's instructions. Although the circuit court noted that there were some differences in Lewis's conduct and that of the juror in Dimas–Martinez, the court found that these differences were not sufficient to distinguish that case from the present one.

The circuit court found that by posting to Facebook, Lewis had disregarded and violated the court's clear orders. The court stated that Lewis's conduct was even more egregious because one of her posts was made while she was supposed to be deliberating.

The court found that all jurors are presumed to be unbiased in following the court's instructions but that Lewis's conduct had overcome that presumption. Based on its conclusion that Riley had not received a fair trial, the circuit court ordered a new trial.
State v. Riley, supra.
The Supreme Court then explained that
[a]s a preliminary matter, this court must first decide if it has jurisdiction to hear the State's appeal in this case. We will not consider an appeal by the State unless the correct and uniform administration of the criminal law requires review by this court. Ark. R.App. P.-Crim. 3(d). In practice, we review only State appeals that are narrow in scope and involve the interpretation of law. State v. Jenkins, 2011 Ark. 2, 2011 WL 143571 (Arkansas Supreme Court 2011)

State appeals that merely demonstrate that the circuit court erred are not permitted. State v. Jenkins, supra. Furthermore, we will not accept an appeal by the State where the circuit court has acted within its discretion after making an evidentiary decision based on the particular facts of the case or even on a mixed question of law and fact, as those appeals do not require an interpretation of our criminal rules with widespread ramifications. State v. Jenkins, supra.
State v. Riley, supra.
The Supreme Court went on to explain that, in this case, the prosecution
argues that the circuit court clearly erred in finding juror misconduct because Lewis did not violate the court's instructions by her Facebook posts. The State contends that Lewis's posts were not musings, thoughts, or comments about the facts of the case, which are improper pursuant to Dimas–Martinez v. State, supra, and that the circuit court in this case did not prohibit the jurors from making any social-media posts at all.

Both of these are factually intensive inquiries. The issue of whether Lewis violated the circuit court's instructions by her Facebook posts is based on the unique facts of this case, as is the issue of prejudice. While the State attempts to frame its argument as one of law by contending that the circuit court erred by extending the holding in Dimas–Martinez v. State, supra, this issue is one that involves the correct application of the law to the facts in this case.

This is demonstrated by the State's assertion that Dimas–Martinez v. State, supra, is `factually distinct’ from the present case. We do not accept State appeals that raise the issue of an application of the law to the facts of the case, as we have held that this does not involve the correct and uniform administration of the criminal law. . . .
State v. Riley, supra.
The Supreme Court went on to explain that the prosecution in this case
cites State v. Cherry, 341 Ark. 924, 20 S.W.3d 354 (Arkansas Supreme Court 2000), and State v. Osborn, 337 Ark. 172, 988 S.W.2d 485 (Arkansas Supreme Court 1999), both cases involving juror misconduct, in support of its contention that we have jurisdiction of this appeal pursuant to Ark. R.App. P.-Crim 3.

However, both of these cases are distinguishable from the present case. Although we did not specifically discuss the issue of jurisdiction in State v. Cherry, supra, we did state that the appeal was extraordinary,’ as it involved a novel situation of juror misconduct. State v. Cherry, supra.

Also, in State v. Osborn, the appeal involved a question of law, which was whether the circuit court's decision violated [Arkansas Rules of Evidence 606(b)]. We held that this issue was one where the correct and uniform administration of the law required our review. State v. Osborn, supra.
State v. Riley, supra.
The Supreme Court therefore held that the
State has failed to establish that this court has jurisdiction of this appeal under Ark. R.App. P.-Crim. 3, as it turns on whether the circuit court's findings are supported by the unique facts in this case, and it does not involve the correct and uniform administration of the law. Therefore, we dismiss the appeal.
State v. Riley, supra.


If you would like to read more about the facts in the case, check out the news story you can find here.  And the article you can find here talks about the implications of the court’s ruling, and of the juror’s conduct, for future trials.
Posted by Susan Brenner at 9:31 AM