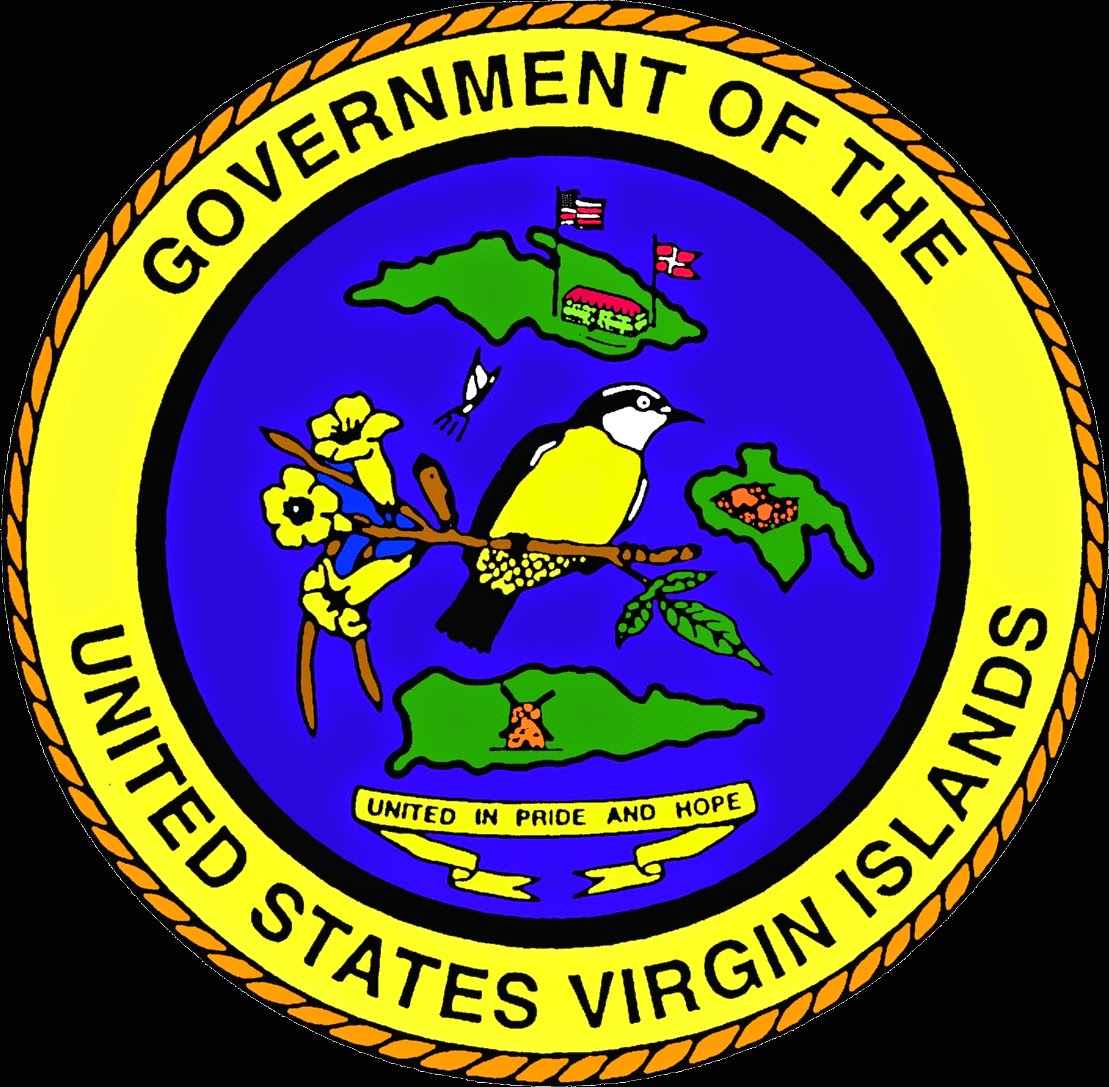 This post examines a recent decision from the Superior Court of the U.S. Virgin Islands, Division of St. Thomas and St. John:  People v. Charlery, 2014 WL 5473206.  The court began by outlining how the case arose and the issue it addresses:
On January 13, 2014, Detective Elesa Francis of the Virgin Islands Police Department (“VIPD”) petitioned the Magistrate of the Superior Court of the U.S. Virgin Islands for the issuance of a warrant for [Kennyata Charlery’s] arrest. According to the affidavit, there was a sufficient factual basis to establish probable cause for [his] violation of V.I. CODE tit, 14 § 1702 (Rape in the Second Degree), and 14 V.I. CODE § 1709 (Unlawful Sexual Contact in the Second Degree).

Detective Francis stated that she received a memory card from [Charlery’s] wife, which contained a log of text messages allegedly transmitted between [him] and his minor niece-in-law (`N.M.’). The affidavit provided that [Charlery] and N.M. were engaged in an ongoing sexual relationship for four years; the first encounter occurring when N.M. was 12–years–old, and [he] was 27–years–old. On the basis of the affidavit, the Magistrate issued a warrant for [Charlery’s]  arrest, setting bail at $75,000.

On June 20, 2014, the People filed a Motion to Dismiss Counts and Amend the Information, which this Court granted on July 2, 2014. The four counts remaining in the Amended Information were for unlawful sexual contact in the second degree in violation of 14 V.I.C. § 1709.

On June 26, 2014, [Charlery] filed a Motion in Limine to Exclude Log of Messages Retrieved from Memory Card, pursuant to Federal Rule of Evidence 1002. [His] motion included a printout of the message log displaying a text conversation transmitted between two Hotmail email addresses.

The messages were sent via MSN's instant messaging application, Mercury Mer Messenger. The People did not file a written response to [Charlery’s] motion.

People v. Charlery, supra.
As Wikipedia explains, a motion in limine challenges the admissibility of certain evidence.  The Superior Court began its analysis of Charlery’s motion by noting that
the court determines the admissibility of evidence, although `[it] is not bound by the [Federal Rules of Evidence], except for those on privilege.’ In order for electronically stored information to be admissible, the proffered evidence must be (1) relevant, (2) authentic, (3) an original or duplicate, or admissible as secondary evidence to prove its contents, (4) not hearsay or admissible under a hearsay exception, and (5) the probative value must outweigh its prejudicial effect. If a party fails to meet each evidentiary standard, the evidence will not be admitted.

People v. Charlery, supra.
The Superior Court first considered whether the evidence at issue was “relevant:”
When determining whether evidence is admissible, the Court must first consider the relevancy of the evidence. Under Federal Rules of Evidence 401, `[e]vidence is relevant if (a) it has any tendency to make a fact more or less probable than it would be without the evidence; and (b) the fact is of consequence in determining the action.’

To satisfy this test, `there must be a logical relationship between the proffered evidence and the proponent's theory of the case.’ Gumbs v. Int'l Harvester, Inc., 718 P.2d 88 (U.S.Court of Appeals for the 3d Circuit 1983).

Once this low threshold is met, the evidence is admissible unless provided otherwise in `the United States Constitution, a federal statute, [the Federal Rules of Evidence], or other rules prescribed by the Supreme Court.’

People v. Charlery, supra (quoting Federal Rule of Evidence 402).
The court goes on to explain that the message log at issue in this case was
retrieved from the memory card is relevant under Federal Rule of Evidence 401. The People contend the message log contains a conversation that occurred between [Charlery] and his minor niece-in-law, N.M., that shows the presence of an ongoing relationship. The content of the message log has the tendency to make facts related to the allegation that [he] engaged in unlawful sexual contact with N.M. more or less probable, and it is also of consequence in determining whether [Charlery] violated 14 V.I.C. § 1709.

There is a logical connection between the conversation contained in the message log, and the People's underlying theory that [he] engaged in sexual acts with N.M. Therefore, because the relevancy of the evidence is evident under Federal Rule of Evidence 401, the Court proceeds to determine whether Plaintiff has satisfied the remaining requirements for admissibility.

Under Federal Rule of Evidence 1002, also known as the Best Evidence Rule, `[a]n original writing, recording, or photograph is required in order to prove its content unless these rules or a federal statute provides otherwise.’ In relation to electronically stored information, an `”original” means any printout -- or other output readable by sight -- if it accurately reflects the information.’

People v. Charlery, supra (quoting Federal Rule of Evidence 1001(d)).
The Superior Court goes on to explain that in
applying Federal Rule of Evidence 1002, [Charlery] mistakenly argues that a writing's originality is determined by the location where the writing is stored. Specifically, [he] argues that the message log obtained from the memory card is not the original writing because the memory card was not the original storage source of the message log.

[Charlery] maintains that the only original message log that can be produced must be retrieved directly from the MSN Server. But contrary to [his] contention. Federal Rule of Evidence 1001(d) provides that any printout of electronically stored information is sufficient to satisfy the Best Evidence Rule, as long as the printout accurate reflects the information that it purports to show.

People v. Charlery, supra (emphasis in the original).
In footnotes, the court explains that (i) Charlery’s attorney “uses `memory card’ and `sim card’ interchangeably”, but it uses “memory card”; and (ii) Charlery’s motion in limine says, in part, that the “sim card retrieved can be altered and is not the original storage source of the messages sent”. People v. Charlery, supra.
The Superior Court then took up the issue of authentication, noting that
Federal Rule of Evidence 901(a) provides that, `[t]o satisfy the requirement of authenticating or identifying an item of evidence, the proponent must produce evidence sufficient to support a finding that the item is what the proponent claims it is.’

Federal Rule of Evidence 901(b) states that authentication may be proven through methods including but not limited to, `testimony that an item is what it is claimed to be,’ `the appearance, contents, substance, internal patterns, or other distinctive characteristics of the item, taken together with all the circumstances,’ or `evidence describing a process or system and showing that it produces an accurate result.’

People v. Charlery, supra.
The court then began the process of applying these standards to the facts in the case:
During the hearing, the People presented substantial evidence from which a jury could infer that the message log is authentic. [Charlery] argued that the message log did not accurately reflect the conversation that it purported to show because the messages could have been altered once stored on the memory card.

He testified that he did not alter the message log at any time, although it was possible for the messages to be altered once opened in a text file format. He also testified that even if such changes were made, they would have been discoverable through the memory card's metadata, which he did not access. [Charlery] did not present any evidence to show that the message log was actually altered by Detective Esprit, or anyone else.

During cross-examination, Detective Esprit testified that he was assigned the task of retrieving the message log because no other investigator had successfully accessed the information stored on the card. He testified that upon opening the message log, he observed text messages that had been transmitted between two Hotmail email addresses, which were sent through MSN's Messenger application. Detective Esprit again provided a step-by-step explanation of the method that he used to retrieve the log, and to create the printout.

Based on the information provided by Detective Esprit, it is clear that the People established a prima facie showing of authenticity of the printout through the presentation of testimony from the investigating officer, information about the content and characteristics of the message log, and evidence of the process that was used to obtain the printout. Accordingly, the People have produced sufficient evidence to allow the printout of the message log retrieved from the memory card to go before the jury.

People v. Charlery, supra.
The Superior Court then issued its ruling on the motion in limine:
During the hearing, the parties did not address the remaining two requirements for admissibility under the Federal Rules of Evidence. However, should the message log be proffered at trial, the proponent must establish that the evidence is not hearsay or falls into a hearsay exception, and that the probative value of the evidence outweighs its prejudicial effect. At that time, the Court will make a determination as to the overall admissibility of the message log.

Notwithstanding, in light of the limited issue presently before the court, and for the aforementioned reasons, [Charlery’s] Motion in Limine to Exclude Log of Messages Retrieved from Memory Card will be denied. An Order consistent with this Opinion shall follow.

People v. Charlery, supra.
You can, if you are interested, read more about the facts in the case in the news story you can find here.

Posted by Susan Brenner at 7:41 AM