The Six-Year-Old, Murder and Text Messages Stored in Someone Else's Phone 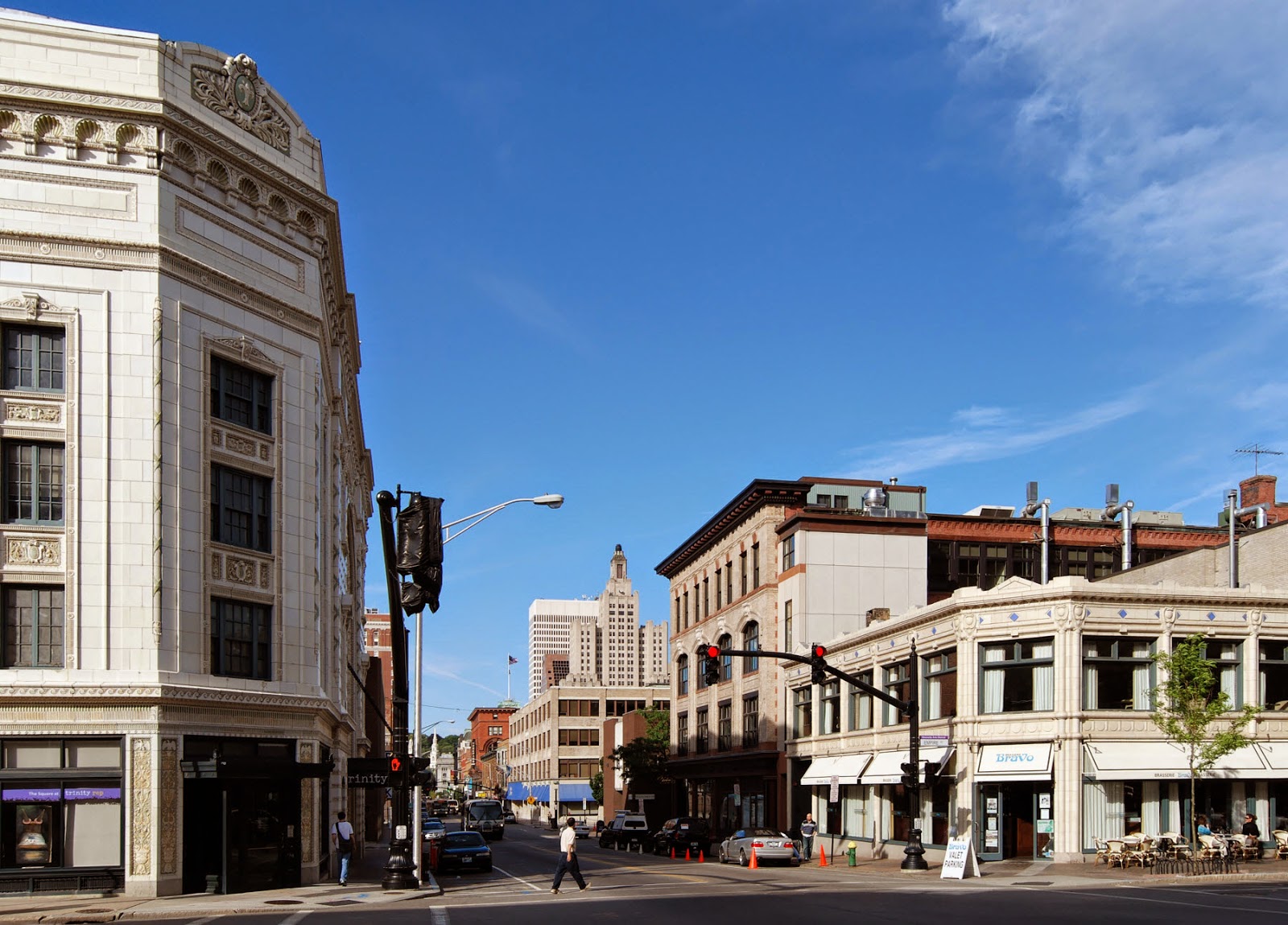 After Michael Patino was “indicted for the first-degree murder of Marco Nieves, the six-year-old son of his girlfriend, Trisha Oliver”, he filed a number of “pretrial motions to suppress the bulk of the evidence that the state intended to use against him.”  State v. Patino, 2014 WL 2802836 (Supreme Court of Rhode Island 2014).
The murder charge was brought under Rhode Island General Laws § 11-23-1.  State v. Patino, supra. The trial judge issued “a comprehensive and thoughtful one-hundred-ninety page written decision” in which she “granted all but one” of Patino’s motions to suppress.  State v. Patino, supra.
The prosecution appealed the judge’s granting the motions, which raised several issues.  State v. Patino, supra.  This post only focuses on one:  whether Patino had an objectively reasonable 4th Amendment expectation of privacy in “sent text messages”.  State v. Patino, supra.  As I have noted in prior posts, and repeat below, for police conduct to constitute a “search” with the protections of the 4th Amendment, the police conduct must violate a “reasonable expectation of privacy.”  Wikipedia has more on that, if you are interested
The Supreme Court begins its opinion by explaining how the prosecution arose:
On October 4, 2009, at approximately 6:08 a.m., Trisha Oliver placed a 9-1-1 call from her Cranston apartment indicating her six-year-old son was . . . not breathing. At approximately 6:15 a.m., Cranston Rescue and Fire Department responded . . . and . . . transported Marco to Hasbro Children's Hospital in Providence. The rescue personnel arrived at the hospital with Marco shortly after 6:30 a.m.

Meanwhile, members of the Cranston Police Department arrived at the apartment to begin an investigation. Sergeant Matthew Kite arrived . . . at approximately 6:20 a.m. and spoke briefly with Officer Aldrich, who was leaving . . . to escort the ambulance to the hospital. Kite then met outside the apartment with Officers Carroll and Lee, as well as Trisha Oliver. Oliver escorted Kite into her apartment so she could show him Marco's bedroom and other areas of the apartment that he deemed relevant. . . .

Once in the apartment, Kite observed Oliver's boyfriend, Michael Patino, sitting on the couch with the couple's fourteen-month-old daughter, Jazlyn. Oliver [showed] Kite around the apartment to survey the remnants of Marco's illness. They passed through the dining room and living room to Marco's bedroom, where Kite observed a stripped bed and linens on the floor. They continued on to the master bedroom and viewed another stripped bed, as well as a trash can Marco had used as a vomit receptacle. Finally, she showed him the bathroom, where Kite observed dark brown vomit in the toilet, which he described as having the appearance of `coffee ground[s].’ They then returned to the entrance of the apartment; Carroll transported Oliver to the hospital shortly thereafter.

State v. Patino, supra.
The opinion goes on to explain that Kite “spoke with” Patino, who agreed to

accompany Kite to . . . police headquarters to make a statement about what had transpired. . .Kite . . . asked [Patino] what happened the previous night, but [Patino] indicated he had not been there . . .and did not know. Kite . . . [asked Patino] the time at which Oliver had called him to come over, to which [Patino said] she had not called him because he does not own a cell phone, and he arrived at the apartment early that morning, by chance. . . .[S]hortly after this interaction with [Patino], Kite noticed that the LG cell phone on the kitchen counter `indicated audibly and by light that it was receiving a message. . . . Kite went to the phone and picked it up, checking to see if it was Marco's father or someone else calling regarding Marco's condition. Kite . . . picked up the phone and viewed an alert on the front screen of the phone indicating there was one new message, at which point he opened the phone to view the interior screen. [It] indicated there was a new message, but the message could not be received due to a lack of credit on the phone account.
In an effort to acknowledge receipt of the message and thereby avoid repeat notifications, Kite . . . `manipulated the button’ on the phone, which led to a mailbox listing incoming and outgoing text messages. . . . [U]pon seeing the word `hospital’ in a text message, he clicked the phone to view the following message in the `outbox’ folder:  `wat if I got2 take him 2 da [hospital] wat will I say and dos marks on his neck omg.’ The message was addressed to `DAMASTER’ at phone number (401) xxx-xx80; a subsequent investigation revealed that `DAMASTER,’ the intended recipient of the text message was, in fact, [Patino].

Read: I PUNCH DAT LIL BITCH 3 TIMES AND DAT WAS IT. DA HARDEST 1 WAS ON HIS STOMACH CUZ HE MOVED. BUT LET HIM BE A MAN AND NOT A LIL BITCH LIKE U.
Read: WAT KIND OF DISCIPLINE OR ANYTHIN U GONNA KNO.

7F'Sent: wateva u always think u didnt hit hard but u do u hurt me could imagine wat u did 2 him 4 ur info he isn't complaining just him throwin up and in pain is enough

Read: I TOLD U. I WENT 2 PUNCH HIM ON HIS BACK AGAIN AND HE MOVED AND I HIT HIM ON HIS STOMACH.

Sent: mike he is in madd pain u had 2 hit him real hard mike wtf

Read: I HIT HIM DA SAME WAY EVERYWHERE BUT ITS DAT HE MOVED AND I HIT HIM BAD.

State v. Patino, supra.  In his interrogation, Patino admitted he “hit [Marco] in the ribs” and later made a “statement about Marco taking `a body shot.’” State v. Patino, supra.
As I noted above, the prosecution appealed the trial judge’s granting Patino’s motion to suppress.  As I also noted, he raised, and the trial judge ruled on, several theories as to why various evidence should be suppressed but this post only focuses on one of those theories:  Patino’s argument that the officers searching for and seizing evidence from the cell phones violated his 4th Amendment right to be free from an “unreasonable” search.  State v. Patino, supra.  The Supreme Court began its analysis of his argument by noting that “[t]he central question confronting us . . .  is relatively narrow, viz., whether a person has a reasonable expectation of privacy in his or her text messages stored in a cell phone belonging to, or possessed by, another person.”  State v. Patino, supra.  It also noted this was an issue offirst impression in Rhode Island, so it would consider decisions from courts elsewhere in reaching a conclusion. State v. Patino, supra.
The court began it analysis of the issue by noting that “[a]lthough courts have ultimately reached different conclusions on whether there exists a reasonable expectation of privacy in text messages, the determinations have most often turned on whether the defendant owned or was the primary user of the cell phone.”  State v. Patino, supra.  It also noted that in deciding whether someone has an expectation of privacy in
his text messages, the most important factor, in our opinion, is from whose phone the messages are accessed. Underlying this consideration is the element of control; . . . when the recipient receives the message, the sender relinquishes control over what becomes of that message on the recipient's phone. The idea of control has been central to our prior determinations of whether an individual has an objectively reasonable expectation of privacy so as to . . . raise a 4th Amendment challenge. . . .

The U.S. Supreme Court has likewise considered control as a factor when determining whether a defendant has a reasonable expectation of privacy in a given place or item. See, e.g., Rakas v. Illinois, 439 U.S. 128 (1978). . . . Additionally, the SupremeCourt has determined that, `when an individual reveals private information to another,’ a reasonable expectation of privacy no longer exists because `he assumes the risk his confidant will reveal that information to the authorities.’ U.S. v. Jacobsen, 466 U.S. 109 (1984). . . .

Implicit in the risk inherent in the disclosure of information to another party is the relinquishment of control, i.e., the sender can no longer control what the recipient does with the message. . . . Because the recipient now shares full control of whether to share or disseminate the sender's message, the sender, to be sure, no longer enjoys a reasonable expectation of privacy in the digital copy of the message contained on the recipient's device.

State v. Patino, supra.
The Supreme Court then applied the principles noted above to this case, explaining that
[i]t is clear to us that the cell phone of primary concern in this case, the LG phone, was used exclusively by Trisha Oliver. [Patino] exhibited no dominion or control, nor did he attempt to exclude others from accessing the phone. This is evinced by the facts that he made no motion towards the phone in response to the message alert, did not attempt to prevent Kite from accessing the contents of the phone, and did not bring the phone with him when he accompanied Machado to the police station.

In fact, [Patino’s] only connection to the LG phone is the fact that a digital copy of the messages he sent from his T–Mobile phone existed on the LG phone. Having already sent the incriminating text messages, which were indeed delivered to Oliver's LG phone, [Patino] no longer had any control over what became of the messages contained in that phone. [Patino’s] lack of control over who could view or access the text messages is underscored by the fact that Oliver signed a consent form allowing the Cranston police officers to search her phone, albeit after they had already viewed the incriminating messages.

Therefore, in light of the considerations and rationale enunciated above, it is our . . . opinion that [Patino] did not have an objectively reasonable expectation of privacy in any text messages contained in Trisha Oliver's LG phone, whether sent by defendant, sent to [Patino], or otherwise. . . .

When applied to the case at hand, . . . we conclude that [Patino] had no reasonable expectation of privacy . . . [in] Oliver's LG phone, its contents, and all derivatives therefrom.

State v. Patino, supra.
The Supreme Court therefore vacated “the September 12, 2012 order of the Superior Court insofar as it excludes from evidence `the LG cell phone’ [and] . . . `the pictures of the contents of the LG cell phone taken at Cranston Police Department headquarters’”. State v. Patino, supra.  As I noted earlier, it also vacated most of the trial judge’s rulings on the other motions and remanded the case to that judge for further proceedings. State v. Patino, supra.            You can, if you are interested, read more about this, and other aspects, of the case in the news stories you can find here and here.  And if you are really interested, you can find the trial judge’s 190 page opinion here.
Posted by Susan Brenner at 9:43 AM