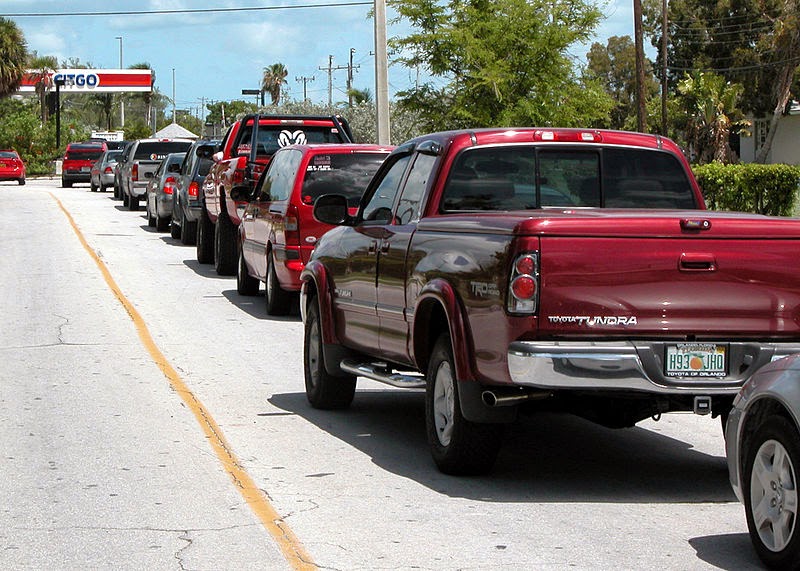 After a jury convicted him of second-degree conspiracy to commit robbery [in violation of  New Jersey Statutes Annotated] §§ 2C:5–2 and 2C:15–1, second-degree robbery [in violation of New Jersey Statutes Annotated] § 2C:15–1 and two counts of third-degree receiving stolen property [in violation of New Jersey Statutes Annotated] § 2C:20–7”, Jose M. Feliciano appealed.  State v. Feliciano, 2014 WL 1577768 (Superior Court of New Jersey – Appellate Division 2014).  After he was convicted, the trial judge
sentenced [him] on the robbery conviction to a ten-year term subject to the eighty-five percent parole bar of the No Early Release Act (NERA), [New Jersey Statutes Annotated §] 2C:43–7.2; a consecutive five-year term on one count of receiving stolen property; and a concurrent five-year term on the other.
State v. Feliciano, supra.
The court began its analysis of the issue Feliciano raised on appeal by explaining that Feliciano’s convictions arose from “two separate episodes two weeks apart, on August 1, 2008 and August 14, 2008, involving other co-defendants as well.”  State v. Feliciano, supra.  The August 1 episode
concerned a robbery of a driver waiting in line at a gas station; the latter, the discovery by police of a stolen automobile and a stolen handgun. One of [Feliciano’s] two cohorts was charged with a separate robbery, on August 12, 2008, that ultimately resulted in [Feliciano’s] arrest.

According to the State's proofs, on August 1, 2008, at around 4:00 p.m., A.A. was waiting in line to get gas at the Pyramid Gas Station in Belleville when a grey or silver Toyota Corolla with four young persons inside pulled up alongside his car. One of the occupants exited the Toyota and started walking to the gas station office; however, the driver, later identified as [Feliciano], yelled at him to get back in the car. The Toyota then pulled out of the station, circled around, came back into the station from another entrance, and stopped in front of A.A.'s car, which had by then pulled up to the pump.

A man, later identified as Isaih Torian, got out of the Toyota, came around to A.A.'s open window, pointed a gun into the window, and demanded his wallet.  When A.A. complied, Torian demanded his car keys, which the victim handed over. Torian ran back to the Toyota and the car drove off.
State v. Feliciano, supra.
On August 14, 2008, Feliciano was arrested in
a stolen Nissan Maxima along with [Jamil] Gerena and Torian. Earlier that day, Belleville police detective John McAloon and three other police officers in unmarked vehicles set up surveillance in Newark, down the street from [Feliciano’s] house, in the hope of arresting the individuals who were currently in possession of the car. When the officers first spotted the vehicle, which had been recently reported stolen in Belleville, it was empty. After a short time, defendant, Torian and Gerena left [Feliciano’s] home and entered the Nissan Maxima.

The officers then moved in. Detective McAloon had his emergency lights on but did not activate his siren. The stolen Nissan kept driving and upon McAloon's approach, accelerated and struck his car, resulting in injuries to the detective's knee and back.

After the collision, McAloon approached the Nissan and observed [Feliciano] in the driver's seat, Torian in the front passenger seat and Gerena in the rear seat behind the driver. He also noticed the airbags had been deployed and saw a silver revolver on the floor on the front seat passenger side. All three men were eventually charged with possession of the weapon.
State v. Feliciano, supra.  In a footnote, the court explains that A.A, the victim in the August 1 crime, was later “shown two photo arrays and identified [Feliciano] as the driver of the grey Toyota and co-defendant Torian as the person who approached him with the gun and robbed him.”  State v. Feliciano, supra.
The opinion then explains that at
police headquarters, Torian agreed to cooperate with the investigation after being advised of his Miranda rights.  He led the police to a Newark street where the silver Toyota Corolla used in the Pyramid gas station robbery and the carjacking was parked. Torian admitted that he and defendant had stolen the Toyota and then robbed A.A. at the gas station. Torian also admitted that he and Gerena stole the Nissan Maxima.
State v. Feliciano, supra.
Feliciano, “who testified [at trial] on his own behalf, denied any involvement in the August 1, 2008 A.A. robbery and also denied possession of the handgun found in the Nissan Maxima, but admitted stealing the vehicle with Torian on the morning of August 14, 2008.”  State v. Feliciano, supra.  He was, as noted above, convicted and sentenced and then appealed.
On appeal, Feliciano argued, among other things, that the trial judge erred in denying his motion for a mistrial “because of comments the prosecutor made on his Facebook page.”  State v. Feliciano, supra.  The opinion explains how this issue arose:
At the beginning of the second week of trial, defense counsel moved for a mistrial based on Facebook postings made by the trial prosecutor. Specifically, the prosecutor posted, `Trial finally starting today. Can't wait till (sic) its (sic) over.’ One of the prosecutor's Facebook friends responded `Guilty!’ The prosecutor continued posting:

`I finally have some time and energy to update everyone. It's a 2 defendant crime spree including robberies, carjackings, car thefts, guns, other stolen cars, aggravated assaults, and a testifying “flipped” co-defendant. Also had to fly a witness from Ohio. It's going [ ] nicely. Finishing up next week. Thanks for the good luck wishes.’
State v. Feliciano, supra.
When Feliciano’s lawyer and the prosecutor were arguing over whether Feliciano’s motion for a mistrial should be granted,
the prosecutor represented that the Facebook privacy settings on the account are set to where only friends can see his posts; that several Facebook friends are defense attorneys and members of the Public Defender's Office; and that one of the Facebook friends was co-defendant's counsel.
State v. Feliciano, supra.
The opinion explains that
[f]inding no evidence that any juror read the postings or even had access to the prosecutor's Facebook page, the judge denied the mistrial motion. Immediately thereafter, the judge extensively and comprehensively admonished the jury against doing independent research on the case or any of its participants.
State v. Feliciano, supra.  In a footnote, the court says “defense counsel acknowledged that there was no indication that any member of the jury read the prosecutor's posts.”  State v. Feliciano, supra.
As to the judge’s admonishing the jury, he gave the jurors the following instructions:
`I must instruct you not to read any newspaper articles, search for or research information relating to this case, including any participants in the trial through any means, including electronic means and any social network. Do not do any research on the internet, in libraries, in the newspapers or [in] any other manner, or conduct any investigation about this case. Do not visit or view any place discussed in this case, and do not use any internet maps or Google Earth or any other program or device to search for or view any place discussed in the testimony.

Also, do not research any information about this case, the law or, again, the people involved, including the parties, the witnesses, the lawyers, the Judge, or the Court personnel. Additionally, do not read any news articles or articles in print or on the internet or any blog about this case.’
State v. Feliciano, supra.  He also asked the jurors to report violations of his instructions by their fellow jurors, if they discovered such conduct. State v. Feliciano, supra.  This instruction to some extent repeated instructions he had given earlier, warning jurors not to rely on “technology” in reaching their verdict but to base their decision solely on “`the evidence that you get in this courtroom.’” State v. Feliciano, supra.
The appellate court then took up Feliciano’s argument that the prosecutor’s comments on his Facebook page deprived him of “his right to a fair trial by an impartial jury.”  State v. Feliciano, supra.  It began by noting that
[i]t is axiomatic that a defendant in a criminal trial has a constitutional right to be fairly tried by an impartial jury. State v. Williams, 93 N.J. 39 (New Jersey Supreme Court 1983); U.S. Constitution Amendment VI. . . . In other words, `a defendant is entitled to a jury that is free of outside influences and will decide the case according to the evidence and arguments presented in court in the course of the criminal trial itself.’ State v. Williams, supra.  Trial courts must take strong measures to ensure a jury free from extra-judicial, extraneous information.  State v. Williams, supra.
State v. Feliciano, supra.
As to the latter issue, the appellate court explained that, therefore,
when presented with a post-empanelment motion to question the jury about exposure to trial publicity, the trial court should analyze the merits of counsel's proffer through a two-part inquiry. State v. Bey, 112 N.J. 45 (New Jersey Supreme Court 1988). `The court should first examine the information disseminated to determine if it has the capacity to prejudice the defendant.’ State v. Bey, supra.

`If the court is satisfied that the published information has the capacity to prejudice the defendant, it should [then] determine if there is a realistic possibility that such information may have reached one or more of the jurors.’ State v. Bey, supra. It is only where the court concludes there is a realistic possibility that information with the capacity to prejudice defendant's right to a fair trial may have reached members of the jury, that it should conduct a voir dire to determine whether any exposure has occurred. State v. Bey, supra.
State v. Feliciano, supra.
Unfortunately for Feliciano, this court found he had not satisfied
either prong of the Bey test. In the first place, unlike Bey, this matter involves neither pre nor mid-trial publicity. Just as significant, the prosecutor's postings do not amount to extraneous, extra-judicial information. In fact, they contain only information that was before the jury following counsel's opening statements. In this regard, unlike in the mentioning of the defendant's other crimes or criminal record in Bey, we discern nothing in the prosecutor's postings at issue here that had the capacity to prejudice [Feliciano].
State v. Feliciano, supra.
The court also explained there was
no evidence any juror was exposed to the prosecutor's comments. Unlike extensive media coverage that could inadvertently reach the jury, the prosecutor's Facebook posts, with his privacy setting, could only be accessed if the juror purposefully sought them out, which would have been a clear and direct violation of the court's repeated instructions.

Indeed, after denying [Feliciano’s] mistrial motion, the court expressly reinstructed the jury on the prohibitions against researching the case, the issues, or anyone involved in the case by any means, including electronic. The jury was repeatedly so instructed throughout the trial. Of course, jurors are presumed to follow the court's instructions faithfully. . . . And when asked on multiple occasions to report any violations of the court's instructions, no juror reported any deviation whatsoever.


For a review of cases in which courts conducted a voir dire of jurors during trial because they were, or might have been, exposed to online information that could undermine the defendant’s right to trial by an impartial jury, check out the article you can find here.
Posted by Susan Brenner at 8:40 AM