The Application for “the Facially Overbroad Search and Seizure Warrant” 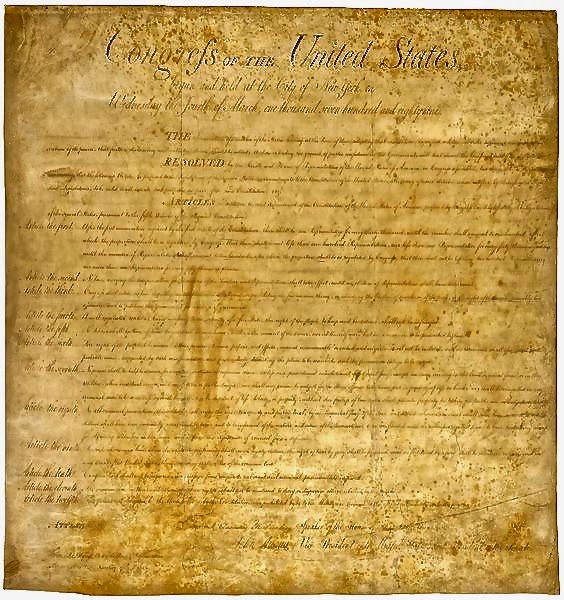 This post examines an opinion issued by a U.S. Magistrate Judge in the U.S. District Court for the District of Columbia:  In the Matter of the Search of Information Associated with [redacted] @mac.com that is Stored at Premises Controlled by Apple, Inc., 2014 WL 945563 [hereafter, In re Matter, supra].
The judge begins the opinion by noting that
[p]ending before the Court is an Application for a search and seizure warrant pursuant to Rule 41 of the Federa lRules of Criminal Procedure and 18 U.S. Code §§ 2703(a), (b) and (c) to disclose certain records and contents of electronic communications relating to an Apple e-mail address.
Despite this Court's repeated prior warnings about the use of formulaic language and overbroad requests that -- if granted -- would violate the 4th Amendment, this Court is once again asked by the government to issue a facially overbroad search and seizure warrant. . . .
In re Matter, supra.
Next, the Magistrate Judge explains that as part of an investigation into a possible
violation of 41 U.S. Code § 8702 (Solicitation and Receipt of Kickbacks) and 18 U.S. Code § 371 (Conspiracy) involving a defense contractor, the government has filed an application for a search warrant (the `Application’) targeting a specific Apple e-mail address. . . .

Following a standard format used by the Department of Justice, the Application is divided into three main parts. The first part provides background and explains the basis for probable cause. The second part -- labeled Attachment A -- is titled `Place to Be Searched’ and specifies the location of Apple, Inc.; it also explains that the `warrant applies to information associated with the e-mail account [redacted]@mac.com which date from [December], 2013, until the present.’ Application at 14.

To the extent that the information described in Attachment A is within the possession, custody, or control of Apple, Apple is required to disclose the following information to the government for each account or identifier listed in Attachment A: All records or other information stored by an individual using each account, including address books, contact and buddy lists, pictures, and files;
a. All records pertaining to communications between Apple and any person regarding the account, including contacts with support services and records of actions taken;

b. All records or other information regarding the identification of the accounts, to include full name, physical address, telephone numbers and other identifiers, records of session times and durations, the date on which each account was created, the length of service, the types of service utilized, the Internet Protocol (IP) address used to register each account, log-in IP addresses associated with session times and dates, account status, alternative email addresses provided during registration, methods of connecting, log files, and means and [sic] of payment (including any credit or bank account number);

c. All records or other information stored by an individual using each account, including address books, contact and buddy lists, pictures, and files;

d. All records pertaining to communications between Apple and any person regarding the account, including contacts with support services and records of actions taken; and

II. Information to be seized by the government

All information described above in Section I that constitutes contraband, evidence, fruits and instrumentalities of violations of 41 U.S. Code § 8702 (Solicitation and Receipt of Kickbacks) and 18 U.S. Code § 371 (Conspiracy), between [December], 2013, and the present, including the following:

a. Records, emails, and other information referring or relating to a government investigation involving any or all of the following: [Specific names of individuals and corporations are redacted].
In re Matter, supra.
Next, the Magistrate Judge pointed out the errors in the government’s Application:
It is evident from the sealed affidavit that the government is really after e-mails from December to the present. Nothing in Attachment B, however, explicitly requests that Apple give the government any e-mails. Strictly read, it instead asks for extensive non-content records about the account as well as `address books, contact and buddy lists, pictures, and files.’ Application at 15.

However, under the subheading of `Information to be seized by the government,’ Attachment B states that the government will `seize’ relevant `[r]ecords, e-mails,and other information. . . .’ Id. at 16 (emphasis added). The Court believes this confusion was caused by poor drafting.  Compare Application at 15–16 (repeating sections beginning `All records or other information stored. . .’ and `All records pertaining to communications between Apple . . .’ ) with Searching and Seizing Computers and Obtaining Electronic Evidence in Criminal Investigationsa t 261.

After all, the affidavit discusses specific e-mail conversations as the reason for seeking the warrant; it would be illogical for the government to then not seek these e-mails.

This Court should not be placed in the position of compelling Apple to divine what the government actually seeks. Until this Application is clarified, it will be denied.
In re Matter, supra (emphasis in the original).
The Magistrate Judge then explained that he is “increasingly concerned” about the
government's applications for search warrants for electronic data. In essence, its applications ask for the entire universe of information tied to a particular account, even if it has established probable cause only for certain information.

To ameliorate this problem and bring the warrants in line with the 4th Amendment, this Court has issued `Secondary Orders’ to accompany search and seizure warrants for electronic records [which] explicitly require that contents and records of electronic communications that are not relevant to an investigation must be returned or destroyed and cannot be kept by the government. . . .

Without such an order, this Court is concerned that the government will see no obstacle to simply keeping all of the data that it collects, regardless of its relevance to the specific investigation for which it is sought.
In re Matter, supra.
Next, he explained that he was “also troubled” that the government seeks a
broad search and seizure warrant for e-mails and all other content related to this e-mail account. The Supreme Court has recognized two constitutional protections served by the warrant requirement of the 4th Amendment. `First, the magistrate's scrutiny is intended to eliminate . . . searches not based on probable cause. The premise here is that any intrusion in the way of search or seizure is an evil, so that no intrusion at all is justified without a careful prior determination of necessity.’ Coolidge v. New Hampshire, 403 U.S. 443 (1971).

Thus, it is this Court's duty to reject any applications for search warrants where the standard of probable cause has not been met.

Second, . . . `[T]hose searches deemed necessary should be as limited as possible. Here, the specific evil is the “general warrant” abhorred by the colonists, and the problem is not that of intrusion per se, but of a general, exploratory rummaging in a person's belongings.’ Coolidge v. New Hampshire, supra.

To follow the dictates of the 4th Amendment and to avoid issuing a general warrant, a court must be careful to ensure that probable cause exists to seize each item specified in the warrant application.
In re Matter, supra.
The judge then pointed out that the government had
adequately described the `items to be seized’ -- but it has done so in the wrong part of the warrant and in a manner that will cause an unconstitutional seizure. By abusing the two-step procedure under Rule 41, the government is asking Apple to disclose the entirety of three months' worth of e-mails and other e-mail account information. . . .

Yet, on the very next page, it explains that it will only `seize’ specific items related to its criminal investigation; it goes so far as to name specific individuals and companies that, if mentioned in an e-mail, would make that e-mail eligible to be seized. . . .

Thus, the government has shown it can `describe the items to be seized with [ ] much specificity’; it has simply chosen not to by pretending that it is not actually `seizing’ the information when Apple discloses it.
In re Matter, supra (emphasis in the original).
The Magistrate Judge then explained what would be an acceptable alternative approach:
[O]ther district courts have held that the `4th Amendment does not require the government to delegate a prescreening function to the internet service provider or to ascertain which e-mails are relevant before copies are obtained from the . . . provider for subsequent searching.’ U.S. v. Taylor, 764 F.Supp.2d 230  (U.S. District Court for the District of Maine 2011).

Thus, having an electronic communication service provider perform a search, using a methodology based on search terms such as date stamps, specific words, names of recipients, or other methodology suggested by the government and approved by the Court seems to be the only way to enforce the particularity requirement commanded by the 4th Amendment.
In re Matter, supra.
The Magistrate Judge also noted, briefly, that he was “particularly troubled” that the
Application does not specify what will occur with e-mails and other information that is, even by the government's standards, not relevant. Will that information be returned, destroyed, or kept indefinitely? The `Secondary Orders’ . . . issued by this Court . . . have required the government to destroy all contents and records that are not within the scope of the investigation as outlined in the search warrant. . . .

While such a clause in a search warrant application is certainly necessary for its issuance by this Court, the government should not believe it is sufficient. In this case, its absence is grounds enough . . . to deny the Application.
In re Matter, supra.
In the last paragraph of the opinion, the Magistrate Judge says he “modified approximately “twenty search and seizure warrants for electronic information during September and December 2013” but will no longer do so.  In re Matter, supra.
Instead, any warrants that do not comport with the requirements of the 4th Amendment will -- like the present Application -- be denied with an explanation of why they have been denied so that the government may have an opportunity to correct its defects.

To be clear: the government must stop blindly relying on the language provided by the Department of Justice's Searching and Seizing Computers and Obtaining Electronic Evidence in CriminalInvestigations manual. By doing so, it is only submitting unconstitutional warrant applications.
In re Matter, supra.