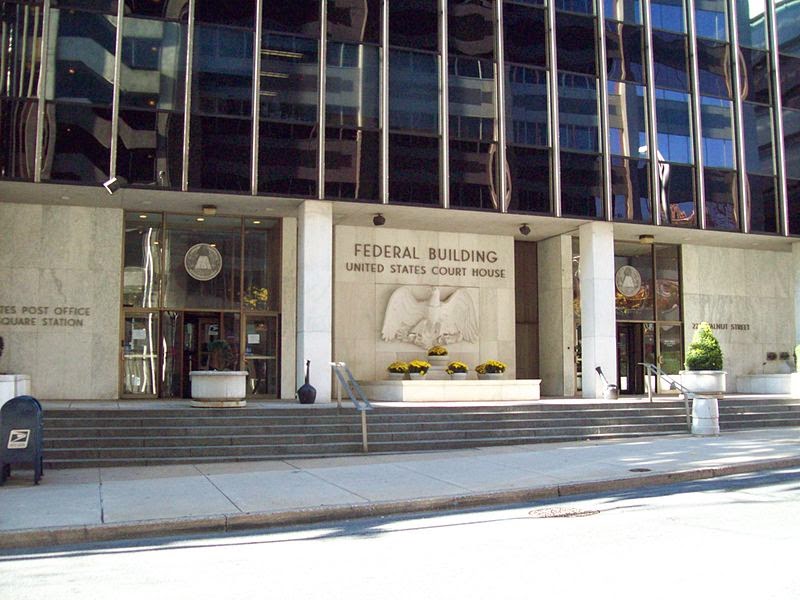 This post examines an opinion a U.S. District Court Judge recently issued in a civil suit:  Taha v. Bucks County, 2014 WL 1255211 (U.S. District Court for the Eastern District of Pennsylvania 2014).  As the judge notes in this opinion, he outlined the facts that led to the suit in an earlier opinion:

[Daryoush] Taha was arrested in 1998 by the Bensalem police, booked into custody, and transferred to the Bucks County Correctional Facility (`BCCF’). . . . . In the course of that process the police and BCCF created a file that included information about Taha and his arrest, along with his photograph. . . . While Taha `strongly believed himself to be innocent of all charges,’ he accepted and completed an Accelerated Rehabilitative Disposition (`ARD’) `in order to secure the automatic expungement of all charges and avoid the damage to his reputation and career prospects that would arise from having a criminal record.’ . . . In 2000, after Taha completed the ARD program, the Bucks County Court of Common Pleas entered an expungement order. . . .

In 2007, according to the allegations, the County defendants created a public website that included the booking photographs and arrest records of people who had been incarcerated in Bucks County -- including those `who had been arrested years before and had their charges either expunged or dismissed.’ . . . This allowed the corporate defendants to obtain Taha's record and picture and publish them on their own websites for `public consumption,’ without Taha's consent. . . . At the time he filed his original complaint in 2012, Taha's information and photograph remained available on the BCCF site. . . . Taha had been convicted of no crime in the thirteen years since his arrest . . .; the internet publication of his `mugshot’ and 1998 record caused him reputational, emotional and financial harm. . . .

According to the most recent opinion, “Taha's allegations [assert that] [the Citizens Information Associates’, LLC a/k/a “CIA”] commercial objective is `to draw social media attention’ to the mugshots and criminal records it publishes, `earn advertising revenue,’ and `extract a fee from the publicly disgraced individual in order to ‘unpublish’ their information.’” Taha v. Bucks County, supra (quoting Taha’s Complaint).

According to the same opinion,

[i]t has now been established that CIA owns and operates two of the websites at issue. Taha's Second Amended Complaint includes three substantive claims against CIA: (1) dissemination of his criminal history record information in violation of § 9121 of Pennsylvania's Criminal History Record Information Act (`CHRIA’), 18 Pennsylvania Consolidated Statutes Annotated § 9101 et seq. ; (2) unauthorized use of a name or likeness in violation of 42 Pennsylvania Consolidated Statutes Annotated § 8316; and (3) portraying him in a `false light,’ a subset of the tort of invasion of privacy. CIA moves to dismiss all three claims.

The judge begins the substantive part of his opinion by noting that (i) this is a diversity case, meaning the federal court has jurisdiction because the parties are from different U.S. states and (ii) Pennsylvania law therefore applies.  Taha v. Bucks County, supra.

He also explains that to

`survive a motion to dismiss, a complaint must contain sufficient factual matter, accepted as true, to “state a claim to relief that is plausible on its face.”’ Ashcroft v. Iqbal, 556 U.S. 662 (2009) (quoting Bell Atlantic Corp. v. Twombly, 550 U.S. 544 (2007)). This `requires more than labels and conclusions, and a formulaic recitation of the elements of a cause of action will not do.’ Bell Atlantic v. Twombly, supra. To decide a motion to dismiss, a court may consider `the allegations contained in the complaint, exhibits attached to the complaint and matters of public record.’ Pension Ben. Guar. Corp. v. White Consol. Indus ., Inc., 998 F.2d 1192 (U.S. Court of Appeals for the 3rd Circuit 1993). In addition, `a court may consider an undisputedly authentic document that a defendant attaches as an exhibit to a motion to dismiss if the plaintiff's claims are based on the document.’ Pension Ben. Guar. Corp. v. White Consol. Indus ., Inc., supra.

The judge then addressed whether the CIA’s motion to dismiss the three causes of action should be granted, starting with the CHRIA claim:

It establishes a set of rules for criminal justice agencies-among which `only state or local police departments’ may disseminate record information to the public at large, Pa. Office of Att'y Gen., Criminal History Record Information Act Handbook 1, 14 (7th ed. 2013). . . -- but says nothing about private actors. It would require an inductive leap to hold that these rules, by implication, prohibit any sharing of criminal history record information by private persons. . . .

Taha has not, in fact, argued that § 9121 prohibits dissemination by purely private actors. Nor has he claimed that CIA's conduct rendered it a de facto criminal justice agency. Rather, he suggests that, because the County defendants disseminated his record information in violation of § 9121, any subsequent re-publication of it constitutes an additional violation, as the republication of defamatory material may constitute an independent act of defamation.

The judge then took up Taha’s claim that the CIA’s website constituted an unauthorized use of his name or likeness in violation of 42 Pennsylvania Consolidated Statutes Annotated § 8316.  Taha v. Bucks County, supra.  Under § 8316,

any natural person whose name or likeness has commercial value and is used for any commercial or advertising purpose without the written consent of such natural person ... may bring an action to enjoin such unauthorized use and to recover damages for any loss or injury sustained by such use.

The judge then explains that § 8316 defines

`commercial value’ as `[v]aluable interest in a natural person's name or likeness that is developed through the investment of time, effort and money.’ § 8316(e). Typically, plaintiffs who invoke § 8316 have invested resources in the development of a personal brand, and are suing to redress the unauthorized exploitation of that brand. In Lewis v. Marriott International, Inc., 527 F.Supp.2d 422 (U.S. District Court for the Eastern District of Pennsylvania 2007), for instance, the Court found a former hotel chef had stated a § 8316 claim against the hotel operator, which had continued to use his name to advertise wedding packages, where the chef `detail[ed] with particularity the investment of time from the early 1980s onward that he made in creating a reputation in the industry.’ Lewis v. Marriott International, supra.

And in Eagle v. Morgan, 2013 WL 943350 (U.S. District Court for the Eastern District of Pennsylvania 2013), the Court issued a verdict for a plaintiff who had presented `ample testimony that the name “Dr. Linda Eagle” has commercial value due to her investment of time and effort in developing her reputation in the banking education industry.' Eagle v. Morgan, supra.
As CIA notes, Taha has alleged no facts demonstrating he has invested time, effort and money to create `valuable interest’ in his name or likeness. Presuming that he can allege such facts, his claim presents the additional wrinkle that it is exactly the inverse of the prototypical § 8316 claim. While the typical plaintiff complains that a defendant has profited by appropriating the value of her brand, Taha complains that CIA has profited by threatening the value of his brand -- that it has ransomed his good name. Whether § 8316 encompasses this kind of activity is a question for a later opinion, as are the questions of whether CIA's websites constitute `news reports,’ see i§ 8316(e)(2), and whether application of § 8316 here would violate the 1st Amendment.

Taha's claim will be dismissed without prejudice; should he wish to re-plead it with facts sufficient to show that his name and likeness have `commercial value’ as defined by § 8316(e), he may do so.

Finally, the judge took up Taha’s claim for “false light,” a concept I’ve discussed in prior posts.  He began his analysis of CIA’s motion to dismiss this cause of action by noting that to

prevail on a claim of `false light,’ a plaintiff `must show that a highly offensive false statement was publicized by [defendants] with knowledge or in reckless disregard of the falsity.’ Santillo v. Reedel, 634 A.2d 264, 266 (Pennsylvania Superior Court 1993). The false statement need not be explicit. `Literal accuracy of separate statements will not render a communication “true” where the implication of the communication as a whole was false.’ Santillo v. Reedel, supra (quoting Larsen v. Phila. Newspapers, Inc., 543 A.2d 1181, 1189 (Pennsylvania Superior Court 1988)).

A plaintiff may thus prove a false-light claim by showing that a defendant `created a false impression by knowingly or recklessly publicizing selective pieces of true information.’ Santillo v. Reedel, supra. `[D]espite the accuracy of the facts disseminated, discrete presentation of information in a fashion which renders the publication susceptible to inferences casting one in a false light entitles the grievant to recompense.’ Larsen v. Phila Newspapers, supra.

Taha does not dispute that the discrete elements of information published by CIA were true. He claims, rather, that CIA selectively published his mugshot and arrest information in order to falsely portray him as a `criminal’. . . , and created `a false impression regarding [his] criminal history and character.’ . . .

He alleges that CIA's business model depends on casting people in a sordid light, so that they will pay to have their mugshots and records `unpublished.’ CIA counters that its websites include the disclaimer that `[a]n arrest does not mean that the individual has been convicted of the alleged violation. Individuals on this website are innocent until proven guilty by a court of law.’ . . .

I cannot endorse CIA's position as a matter of law. The questions here are questions of fact, and Taha's claim, at this stage, is not implausible. The bustedmugshots.com webpage on which Taha's profile appears features the legend `BUSTED!’ in large bold letters over his mugshot, as well as a faint image of the company's icon: `B!’ in a square speech bubble. . . . Taha's `Information’ and `Booking Charges’ are prominently placed in the center of the page, as are two clickable options to `Get Detailed Information About This Arrest’ and `Monitor This Person For Future Arrests.’ . . . The disclaimer appears in very small font further down the page.

It is plausible that this design creates the impression that Taha is a `criminal’ -- at the very least, that he is guilty, that he has done something wrong, that his conduct warrants monitoring in future. And it is plausible that CIA acted in reckless disregard of the possibility that Taha was entirely innocent, that he was not `BUSTED!’ but instead unjustly detained. If CIA's business model is extortion by shame, as Taha alleges, the claim is stronger still.

As to the false light claim, the judge therefore held that

Taha's allegations, accepted as true, are sufficient to state a false-light claim `that is plausible on its face.’ Bell Atlantic Corp. v. Twombly, supra. I will deny CIA's motion with respect to this claim.