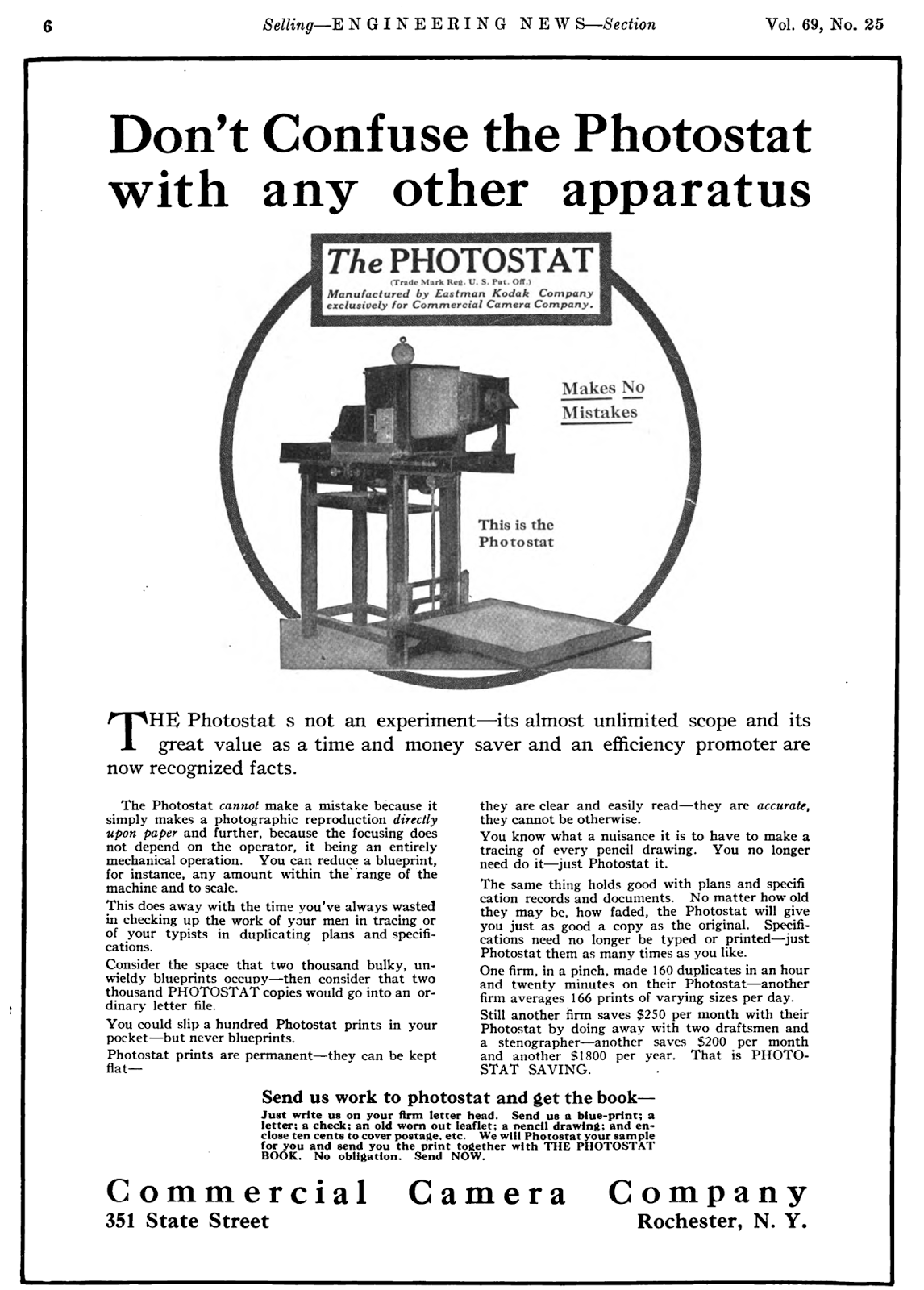 In this post, I return to an issue I did several posts on, early in the career of this blog: “Seizure,” “Copying as a Seizure (Again)” and “Copying as Search and Seizure.”

I am returning to the issue because a U.S. Magistrate Judge who sits in the U.S. District Court for the District of Columbia recently issued an opinion in which he addressed the copying-as-seizure issue:  In the Matter of the Search of Information Associated with [redacted]@mac.com that is Stored at Premises Controlled by Apple, Inc. (hereafter, “In the Matter of the Search”), 2014 WL 1377793.  He begins the opinion by explaining that

[p]ending before the Court is a Renewed Application for a search and seizure warrant pursuant to Rule 41 of the Federal Rules of Criminal Procedure and 18 U.S. Code § 2703 . . . to disclose certain records and contents of electronic communications relating to an Apple email address. See Affidavit in Support of an Application for a Search Warrant [# 5–1] (sealed) at 1 (hereinafter Affidavit).

In a previous Memorandum Opinion and Order, this Court denied the government's original application for a search and seizure warrant for the same e-mail address without prejudice both because it failed to clearly specify which e-mails it sought to seize and because it sought authorization to seize e-mails for which it had not established probable cause to seize. . . . The government's Renewed Application does not address these concerns and ignores the substance of this Court's previous rulings. The government persists in its attempt to seize an entire e-mail account and search through all of it.

In the Matter of the Search, supra (emphasis in the original).

As to the case itself, the Magistrate Judge notes that

[t]his is the government's second attempt to obtain a search and seizure warrant for a specific Apple e-mail address as part of its investigation of a possible violation of 41 U.S. Code § 8702 (Solicitation and Receipt of Kickbacks) and 18 U.S. Code § 371 (Conspiracy) involving a defense contractor. . . . For purposes of this opinion, the details of the investigation–which remain under seal on the Court's docket–are irrelevant. . . .

In the Matter of the Search, supra.  If you would like to read an overview of how agents of the government apply for a search warrant, check out Chapter 2 of this manual.

Here, the judge next notes that “[i]n an `Attachment A,’ titled `Place to Be Searched,’ the “government specifies the location of Apple, Inc. and indicates that the `warrant applies to information associated with the e-mail account [redacted]@mac.com dating from [January], 2014, to the present.’”  In the Matter of the Search, supra.  He also noted that in an “`Attachment B,’ titled `Particular things to be seized by the government’”, the government says it will seize:

[a]ll emails, including email content, attachments, source and destination addresses, and time and date information, that constitute evidence and instrumentalities of violations of 41 U.S. Code § 8702 . . . and 18 U.S. Court § 371 . . . dated between [January], 2014, to the present, including emails referring or relating to a government investigation involving any or all of the following: [Redacted list of names of companies and individuals in the form of `John Smith, John Smith, Inc., any current or former John Smith employees, etc.’].

The Magistrate Judge then began his analysis of the problems with the government’s application by explaining why the application for the search and seizure warrant violated the requirements of the 4th Amendment, most notably the concern with general warrants:

The Supreme Court has recognized two constitutional protections served by the warrant requirement of the 4th Amendment. `First, the magistrate's scrutiny is intended to eliminate altogether searches not based on probable cause. The premise here is that any intrusion in the way of search or seizure is an evil, so that no intrusion at all is justified without a careful prior determination of necessity.’ Coolidge v. New Hampshire, 403 U.S. 443 (1971).

Thus, it is this Court's duty to reject any applications for search warrants where the standard of probable cause has not been met. Second, `those searches deemed necessary should be as limited as possible. Here, the specific evil is the ‘general warrant’ abhorred by the colonists, and the problem is not that of intrusion per se, but of a general, exploratory rummaging in a person's belongings.’ Coolidge v. New Hampshire, supra.  To follow the dictates of the 4th Amendment and to avoid issuing a general warrant, a court must be careful to ensure that probable cause exists to seize each item specified in the warrant application.

In the Matter of the Search, supra.  As Wikipedia notes, the 4th Amendment outlaws “unreasonable” searches and seizures, which means you have to have a search and/or a seizure in order to implicate the provisions of the Amendment.

The Magistrate Judge then took up the issue of copying the emails:

As this Court has previously noted, any e-mails that are turned over to the government are unquestionably `seized’ within the meaning of the 4th Amendment. See In re Search of Apple E-mail, 2014 WL 945563 (U.S. District Court for the District of Columbia 2014)  (noting a `seizure’ occurs when there is `an intentional acquisition of physical control’). Although the Supreme Court has never specifically defined what constitutes a seizure in the electronic world, it has stated that, with regard to physical items, `a ”seizure” of property only occurs when there is some meaningful interference with an individual's possessory interests in that property.’ U.S. v. Jacobsen, 466 U.S. 109 (1984).

In this Court's view, a seizure of property occurs when e-mails are copied and taken by the government without the owner's consent because an individual's `possessory interest [in the e-mails] extends to both the original and any copies made from it.’ Orin Kerr, 4th Amendment Seizures of Computer Data,119 Yale L.J. 700 (2010). After all, when a copy is made, `the person loses exclusive rights to the data,’ 4th Amendment Seizures of Computer Data, supra, and it is at that time that the owner's property interest in the e-mail is affected. This reality has been assumed, if not stated outright, in the numerous cases that acknowledge that e-mails turned over to the government by an electronic communications service provider are `seized.’ . . .

The judge then explains that to decide otherwise

would yield unsatisfactory results. First, if copying were not considered `seizing,’ that would suggest the irrelevance of the 4th Amendment to that act:

`If copying data is not a seizure, then copying cannot logically be regarded as a search and it does not violate an expectation of privacy. It is possible to copy files without examining the files. Therefore, if copying is not a seizure, it is outside the scope of the 4th Amendment's reasonableness requirements and is an activity which can be conducted at will, requiring neither the justification of a warrant nor an exception to the warrant requirement. This is not a satisfactory result. Copying has an effect upon the `ownership’ rights of the party whose information is copied.’

Susan W. Brenner and Barbara Frederiksen, Computer Searches and Seizures: Some Unresolved Issues, 8 Mich. Telecomm. & Tech. L.Rev. 39 (2002). Thus, this Court would have to believe that, if the act of copying e-mail is not a seizure, then the 4th Amendment is powerless to prevent the wholesale copying of every single e-mail ever sent, a result that no court could ever reasonably embrace. It would also render hollow the [U.S. Court of Appeals for the] Sixth Circuit's holding in U.S. v. Warshak, 631 F.3d 266 (U.S. Court of Appeals for the Sixth Circuit 2010), that there is a reasonable expectation of privacy with respect to one's e-mails–even though those e-mails were copied by an electronic communications service provider and given to the government. . . .

The judge also noted two other related issues, the first of which was that this

approach suggests that a seizure could only occur if the actual hard drive that contains the target e-mail account, which is presumably in a server farm operated by Apple, is physically taken by the government. This ignores the reality that`“[h]ardware is increasingly fungible’ and that what really matters -- and what the owner of the e-mails actually has a possessory interest in -- `is the data.’ 4th Amendment Seizures of Computer Data, supra.  A focus on hardware instead of data, in determining when a seizure occurs, would therefore miss the mark and ignore fundamental realities about how computers are actually used. See In re Southeastern Equipment Co. Search Warrant, 746 F. Supp. 1563 (U.S. District Court for the Southern District of Georgia 1990) (`As the LeClair Court pointed out, it is the information itself, not the paper and ink or tape recorder or other copying utensil, that is actually seized’) (citing LeClair v. Hart, 800 F.2d 692, 696 n.5 (U.S. Court of Appeals for the 7th Circuit 1986)).

The other issue was that

the government itself characterizes the act of copying e-mails as a seizure by noting that it will `seize’ some of the copied e-mails after the search is complete. . . . It is, after all, seeking a `search and seizure warrant.’ See Rule 41 of the Federal Rules of Criminal Procedure. Thus, even though the e-mails are only being copied by Apple (with other copies remaining on Apple's servers), a seizure is occurring.

Because there is no principled distinction that suggests that copying data once is not a seizure but copying data twice is a seizure, it follows that the e-mails are seized the first time they are copied by Apple and given to the government. Any other position is unsatisfactory because the property interest in e-mails certainly suffers `meaningful interference’ when a third party has unauthorized access to those e-mails.’ Thus, emails are seized when Apple gives them to the government as surely as a physical letter is if it is taken by the postal service and given to the government. . . .

The Magistrate Judge then returned to the real issue: the 4th Amendment implications of what the government was asking him for:

The problem with the government's Renewed Application is not that it fails to specify with particularity what it intends to seize -- and not that it suggests a seizure will not occur  -- but that it will actually seize large quantities of e-mails for which it has not established probable cause and which are outside the scope of Attachment B. The government asks Apple `to disclose the following information to the government for the account listed in Attachment A: all emails, including attachments, associated with the account, dating from [January], 2014, to the present. . . .’ Affidavit at 14.

This Court has an affirmative obligation to `prevent[ ] the seizure of one thing under a warrant describing another.’ See Andresen v. Maryland, 427 U.S. 463 (1976). . . . Here, the warrant describes only certain emails that are to be seized -- and the government has only established probable cause for those emails. Yet it seeks to seize all e-mails by having them `disclosed’ by Apple. This is unconstitutional because `[t]he government simply has not shown probable cause to search the contents of all emails ever sent to or from the account.’ See In re Search of Target Email Address, 2012 WL 4383917 (U.S. District Court for the District of Kansas 2012).

As Judge David J. Waxse wisely analogized, if this were the physical world, it would be akin to `a warrant asking the post office to provide copies of all mail ever sent by or delivered to a certain address so that the government can open and read all the mail to find out whether it constitutes fruits, evidence or instrumentality of a crime. The 4th Amendment would not allow such a warrant.’  In re Search of Target Email Address, supra.

For these and other reasons, the U.S. Magistrate Judge denied the government’s application for the search and seizure warrant.  In the Matter of the Search, supra.

Posted by Susan Brenner at 8:22 AM