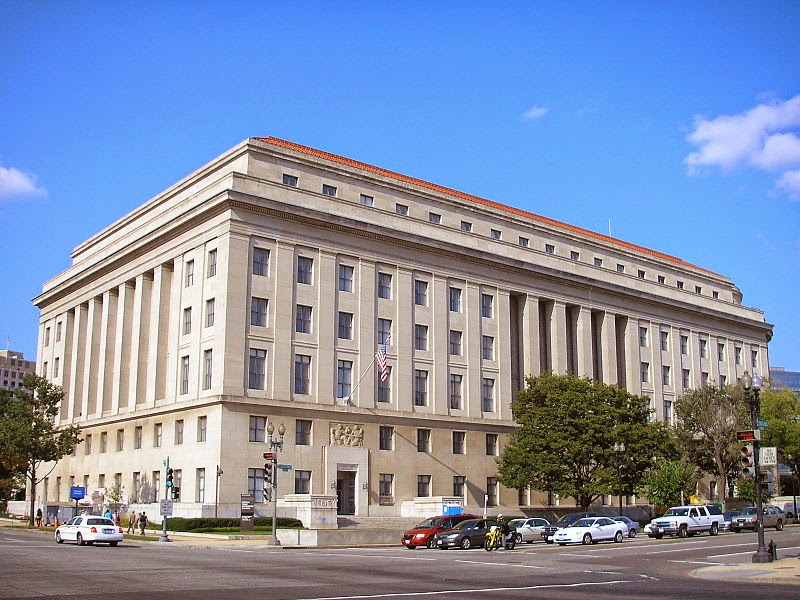 This post examines an opinion the U.S. Court of Appeals for the 4th Circuit recently issued in a civil case:  F.T.C. v. Ross, 743 F.3d 886 (2014).  The Appellate Court judge who wrote this opinion begins by explaining that the Federal Trade Commission sued

The judge then outlines the facts in the FTC’s original suit against Ross and explains how they tie into the relevant law:

The [FTC] sued Innovative Marketing, Inc. (`IMI’), and several of its high-level executives and founders, including Ross, for running a deceptive internet `scareware’ scheme in violation of the prohibition on deceptive advertising in Section 5(a) of the Federal Trade Commission Act, 15 U.S. Code § 45(a). The core of the Commission's case was that the defendants operated `a massive, Internet-based scheme that trick[ed] consumers into purchasing computer security software,’ referred to as `scareware.’ . . . The advertisements would advise consumers that a scan of their computers had been performed that had detected a variety of dangerous files, like viruses, spyware, and `illegal’ pornography; in reality, no scans were ever conducted. . . .

Ross, a Vice President at IMI, hired counsel and defended against the suit; the remaining defendants either settled or had default judgment entered against them.

The Court of Appeals judge then explains what happened when Ross defended the suit:

The district court entered summary judgment in favor of the Commission on the issue of whether the advertising was deceptive, but it set for trial the issue of whether Ross could be held individually liable under the Federal Trade Commission Act, i.e., whether Ross `was a “control person” at the company, and to what extent she had authority for, and knowledge of the deceptive acts committed by the company.’ . . .  J

After a bench trial, the district court found in favor of the Commission. Specifically, it found that Ross'

`broad responsibilities at IMI coupled with the fact that she personally financed corporate expenses, oversaw a large amount of employees and had a hand in the creation and dissemination of the deceptive ads prove[d] by a preponderance of the evidence that she had authority to control and directly participated in the deceptive acts within the meaning of Section 5 of the [Federal Trade Commission] Act.’

Ross’ first argument was that the Federal Trade Commission Act

authorizes the Commission to sue in federal district court so that `in proper cases the Commission may seek, and after proper proof, the court may issue, a permanent injunction.’ 15 U.S. Code § 53(b). Ross contends that the district court did not have the authority to award consumer redress—a money judgment—under this provision of the statute.

The Court of Appeals did not agree:

Ross first takes the position, correctly, that the statute's text does not expressly authorize the award of consumer redress, but precedent dictates otherwise: the Supreme Court has long held that Congress' invocation of the federal district court's equitable jurisdiction brings with it the full `power to decide all relevant matters in dispute and to award complete relief even though the decree includes that which might be conferred by a court of law.’ Porter v. Warner Holding Co., 328 U.S. 395 (1946). Once invoked by Congress in one of its duly enacted statutes, the district court's inherent equitable powers cannot be `denied or limited in the absence of a clear and valid legislative command.’ Porter v. Warner Holding Co., supra.

Porter and its progeny thus articulate an interpretive principle that inserts a presumption into what would otherwise be the standard exercise of statutory construction: we presume Congress, in statutorily authorizing the exercise of the district court's injunctive power, `acted cognizant of the historic power of equity to provide complete relief in light of statutory purposes.’ Mitchell v. Robert DeMario Jewelry, Inc., 361 U.S. 288 (1960).

Applying this principle to the present case illuminates the legislative branch's real intent. That is, by authorizing the district court to issue a permanent injunction in the Federal Trade Commission Act, 15 U.S. Code § 53(b)(2), Congress presumably authorized the district court to exercise the full measure of its equitable jurisdiction. Accordingly, absent some countervailing indication sufficient to rebut the presumption, the court had sufficient statutory power to award `complete relief,’ including monetary consumer redress, which is a form of equitable relief. Porter v. Warner Holding Co., supra.

The Court of Appeals then noted that Ross made a

series of arguments about how the structure, history, and purpose of the Federal Trade Commission Act weigh against the conclusion that district courts have the authority to award consumer redress; her arguments are not entirely unpersuasive, but they have ultimately been rejected by every other federal appellate court that has considered this issue. . . . .

We adopt the reasoning of those courts and reject Ross' attempt to obliterate a significant part of the Commission's remedial arsenal. A ruling in favor of Ross would forsake almost thirty years of federal appellate decisions and create a circuit split, a result that we will not countenance in the face of powerful Supreme Court authority pointing in the other direction.

But she still had another argument:

The Federal Trade Commission Act makes it unlawful for any person, partnership, or corporation “to disseminate, or cause to be disseminated, any false advertisement” in commerce, 15 U.S. Code § 52(a), and it authorizes the Commission to bring suit in federal district court when it finds that any such person, partnership, or corporation `is engaged in, or is about to engage in, the dissemination or the causing of the dissemination of any’ false advertisement, 15 U.S. Code § 53(a)(1).

The district court ruled that one could be held individually liable under the Federal Trade Commission Act if the Commission proves that the individual (1) participated directly in the deceptive practices or had authority to control them, and (2) had knowledge of the deceptive conduct, which could be satisfied by showing evidence of actual knowledge, reckless indifference to the truth, or an awareness of a high probability of fraud combined with intentionally avoiding the truth (i.e., willful blindness). FTC v. Ross (U.S. District Court), supra.

Ross contends the district court's standard was wrong and asks us to reject it. She proposes that we import a standard from our securities fraud jurisprudence that requires proof of an individual's (1) `authority to control the specific practices alleged to be deceptive,’ coupled with a(2) `failure to act within such control authority while aware of apparent fraud.’ Appellate Brief at 35. . . .

Any other standard, argues Ross, would permit a finding of individual liability based on `indicia having more to do with enthusiasm for and skill at one's job [rather] than authority over specific ad campaigns, and allow fault to be shown without any actual awareness of’ a co-worker's misdeeds. Appellate Brief at 36. Ross maintains that she would not have been held individually liable under her proposed standard.

The Court of Appeals was not persuaded:

Ross' proposed standard would permit the Commission to pursue individuals only when they had actual awareness of specific deceptive practices and failed to act to stop the deception, i.e., a specific intent/subjective knowledge requirement; her proposal would effectively leave the Commission with the `futile gesture’ of obtaining `an order directed to the lifeless entity of a corporation while exempting from its operation the living individuals who were responsible for the illegal practices’ in the first place. Pati–Port, Inc. v. F.T.C., 313 F.2d 103 (U.S. Court of Appeals for the 4th Circuit 1963).

It also noted that

Ross' proposed standard . . . invites us to ignore the law of every other sister court that has considered the issue, an invitation that we decline.

`authority to control the deceptive acts within the meaning’ of the Federal Trade Commission Act.  F.T.C. v. Ross (U.S. District Court), supra. In an affidavit in the Canadian litigation, she swore that she was a high-level business official with duties involving, among other things, `product optimization,’ which the district court could reasonably have inferred afforded her authority and control over the nature and quality of the advertisements. . . Moreover, there was evidence that other employees requested Ross' authority to approve certain advertisements, and that she would check the design of the advertisements before approving them.

`directly participated in the deceptive marketing scheme.’ . . .  Ross' statements to other employees, as memorialized in chat logs between her and other employees were evidence that she served in a managerial role, directing the design of particular advertisements. . . . Ross was a contact person for the purchase of advertising space for IMI, and there was evidence Ross had the authority to discipline staff and developers when the work did not meet her standards. Joint Appendix at 1466 (`please ensure its [sic] going to be done or im [sic] going to fine the department and MCs for not finishing it’).

Given these facts, the district court could have reasonably inferred that Ross was actively and directly participating in multiple stages of the deceptive advertising scheme -- she played a role in design, directed others to `add aggression’ to certain advertisements, was in a position of authority, had the power to discipline entire departments, and purchased substantial advertising space.

Finally, the Court of Appeals found that the U.S. District Court Judge did not err in finding that Ross

`had actual knowledge of the deceptive marketing scheme’ and/or was `at the very least recklessly indifferent or intentionally avoided the truth.’ F.T.C. v. Ross (U.S. District Court), supra. There was evidence she edited and reviewed the content of multiple advertisements. At one point, she ordered the removal of the word `advertisement’ from a set of ads. . . . Codefendant Sundin, the Chief Technology Officer of IMI and its sole shareholder and director, attested that Ross assumed some of his duties during his long-term illness. And although there was some indication Ross acted in a manner suggesting she personally did not perceive (or believe) that the advertisements were deceptive, Ross was on notice of multiple complaints about IMI's advertisements, including that they would cause consumers to automatically download unwanted IMI products.

The Court of Appeals therefore affirmed the judgment of the U.S. District Court Judge. F.T.C. v. Ross (4th Circuit), supra.  If you are interested, you can read more about the case in the news story you can find here.