The ADA, the Drug Court Coordinator and Embezzlement 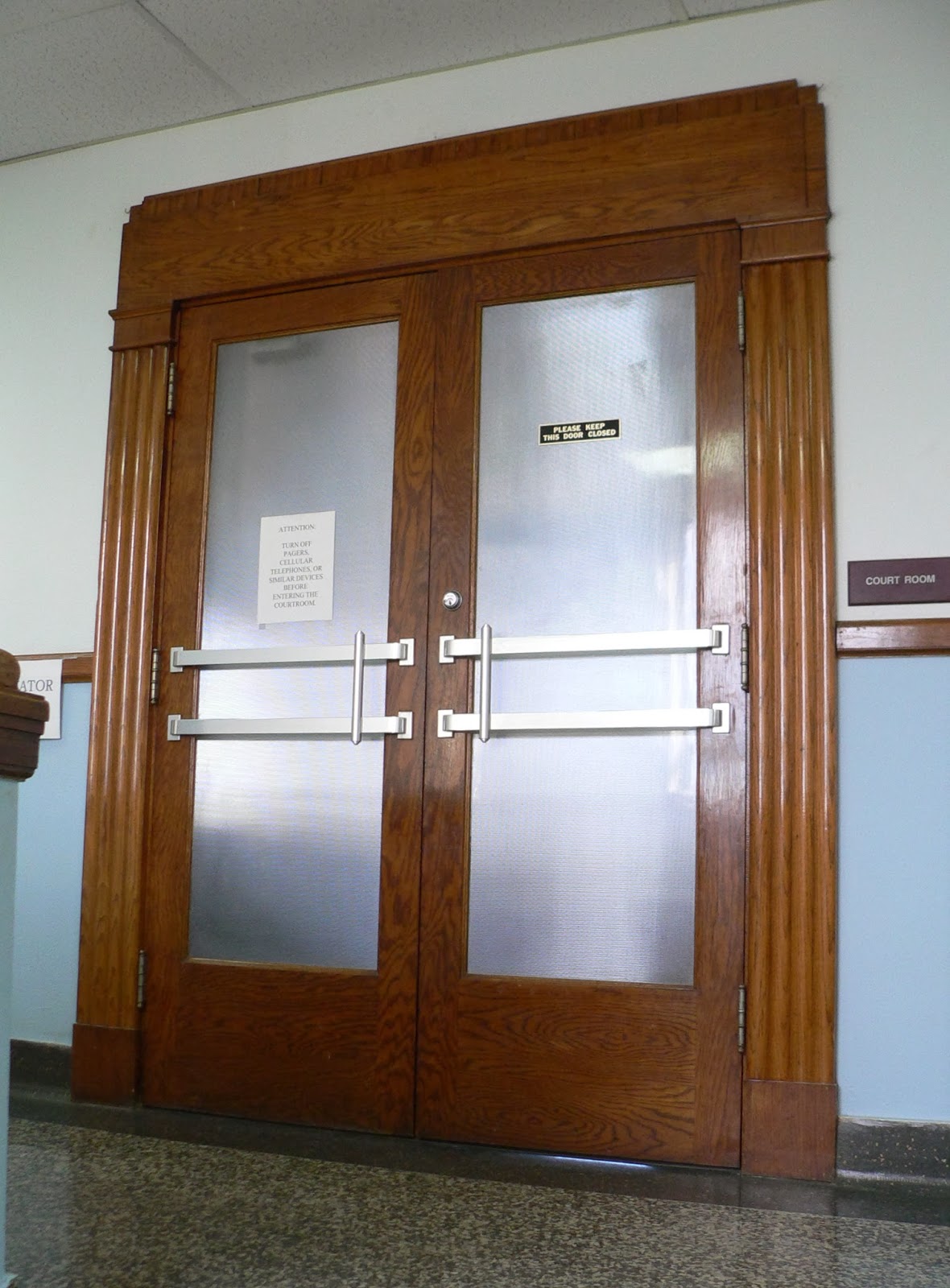 After “Angela Marie Marcum, James Michael Miller, and William Harbert Layden Jr. were charged in the District Court of Pittsburg County . . . with Conspiracy to Defraud the State of Oklahoma in violation of” 21 Oklahoma Statutes § 424, they all “moved to suppress evidence relating to text messages.”  State v. Marcum, 2014 WL 309486 (Oklahoma Court of Criminal Appeals 2014).

According to the news story you can find here, this is how they came to be charged:

The first indictment against [the judge] was filed Friday at the courthouse in McAlester. He and two others are accused in that felony case of conspiring to impede an investigation into missing drug court funds. The judge has denied wrongdoing. . . .

The drug court program was instituted in Oklahoma in 1995. The purpose is to redirect drug offenders into a structured, judicially monitored substance abuse treatment program rather than sending them to prison.

Grand jurors reported finding a drug court in Pittsburg County that had run amok. The grand jury said drug court participants there had to pay $4,500 — a total `greatly in excess’ of the fee provided by law.

Participants also were paying the drug court administrator rather than the court clerk.  The grand jury in May indicted the former administrator of the Pittsburg County drug program.

You can, if you are interested, find the indictment against all three here.

As noted above, all moved to suppress certain evidence “relating to text messages.”  State v. Marcum, supra.  This opinion explains that Miller was

an assistant district attorney in Pittsburg County and Marcum was the drug court coordinator responsible for collecting money. Miller and Marcum were romantically involved. The Pittsburg County District Attorney told Miller the [Oklahoma State Bureau of Investigation] was in town investigating suspected embezzlement.

Miller took the lead in making and arguing this motion. He argued that his 4th Amendment right against search and seizure was violated by seizure of the U.S. Cellular business records concerning Miller's texts. He claimed the search warrant was invalid because the affidavit supporting it was insufficient. Marcum joined this motion.

As Wikipedia explains, and as I have noted in prior posts, in Katz v. U.S., 389 U.S. 347 (1967), the U.S. Supreme Court held that, for a 4th Amendment “search” to occur, the person at whom the activity in question was directed had to have had a “reasonable expectation of privacy” in the place or thing searched.  As I have noted, and as Wikipedia explains, to have such an expectation the person (i) must subjectively believe the thing/place is “private” and (ii) society must accept that expectation of privacy as objectively “reasonable.” So, the trial judge found that the texts at issue in this case were “private”, as to Marcum and Miller.

With regard to the issue of standing, as Wikipedia explains, standing in law is basically the requirement that, in order to assert a legal protection, such as the 4th Amendment, the person who seeks to invoke the protection must be able to show that he/she personal suffered a violation of that protection. So, as I explained in an earlier post, to have “standing” to raise a 4th Amendment argument, the person must be able to show that his or her 4th Amendment rights were violated by law enforcement conduct. Since the judge found Marcum and Miller both had a 4th Amendment expectation of privacy in the texts at issue, they had standing to challenge the search.

directed, not to any defendant's cell phone, but to the business records of the U.S. Cellular phone company, a corporation, which kept a record of the texts in the regular course of business. The U.S. Cellular records contained text messages sent from and received by Miller's personal cell phone.

The State argued the defendants had no standing to contest the search warrant. The defendants argued that they had a protected privacy interest in the U.S. Cellular records of the text messages under the 4th Amendment. . . .

[T]he threshold issue . . . is quite narrow: does Marcum have a 4th Amendment reasonable expectation of privacy in the U.S. Cellular records of the texts from Miller's phone account, including messages Miller sent to her and replies she sent to Miller's phone, which were received by Miller? That is, the issue is not whether Marcum has an expectation of privacy regarding the contents of text messages from her own phone, or even regarding phone company business records kept for her phone account.

The Court of Appeals noted that it

has not previously determined whether there is a 4th Amendment right to privacy under these circumstances. Generally, `the issuance of a subpoena to a third party to obtain the records of that party does not violate the rights of a defendant, even if a criminal prosecution is contemplated at the time of [ sic ] the subpoena is issued.’ U.S. v. Miller, 425 U.S. 435 (1976). It is settled that there is no reasonable expectation of privacy in call records of phone numbers kept by a telephone company. Smith v.Maryland, 442 U.S. 735 (1979).

Here, the records consist of more than account numbers, and include the contents of the text messages themselves. Also, . . . Marcum is not the account holder on the U.S. Cellular account named in the warrant. As the following discussion shows, no published case from any other court has addressed precisely this issue. . . .

The court explained that in suppressing this evidence against Marcum,

Vassar relied on a Missouri district court of appeals case, State v. Clampitt, 364 S.W.3d 605 (Missouri Court of Appeals 2012). In Clampitt, the prosecutor obtained text message content, for the phone of the account holder himself (not, as here, a person who received and sent messages to the account holder), from a U.S. Cellular account through an investigative subpoena, not a warrant.

Clampitt discussed whether a person had a reasonable expectation of privacy in the contents of text messages where the contents were in the possession of a third party, a telephone company. Relying on a Sixth Circuit case discussing email accounts,  U.S. v. Warshak, 631 F.3d 266 (U.S. Court of Appeals for the 6th Circuit 2010), the Missouri court noted that mere third party access to subscribers' accounts did not automatically extinguish a reasonable expectation of privacy.

The Court of Appeals noted that the Clampitt case and “[a]ll the cases from other jurisdictions” that were cited by the parties and/or that it reviewed,

lack an important feature of this case: they all concern the reasonable expectation of the person who holds the account, owns the phone, or is personally given the phone for his use by his employer. Marcum is not that person. Marcum's strongest claim to an expectation of privacy is in the texts she sent to Miller's phone, which were received by him and recorded on Miller's account records.

The Court of Appeals therefore explained that

Marcum has not demonstrated a reasonable expectation of privacy in the records seized from U.S. Cellular for Miller's phone account. This Court adopts the reasoning of the courts which have concluded that there is no expectation of privacy in the text messages or account records of another person, where the defendant has no possessory interest in the cell phone in question, and particularly where, as here, the actual warrant is directed to a third party.

The trial court abused its discretion in finding that Marcum had a reasonable expectation of privacy in the records of text messages sent from and received by Miller's phone, and kept by U.S. Cellular. . . .

The Court of Appeals therefore reversed the trial judge’s granting the motion to suppress insofar as it concerned Marcum, and remanded the case to  for further proceedings.  State v. Marcum, supra.