Child pornography, the Password-Protected Folder and the 4th Amendment 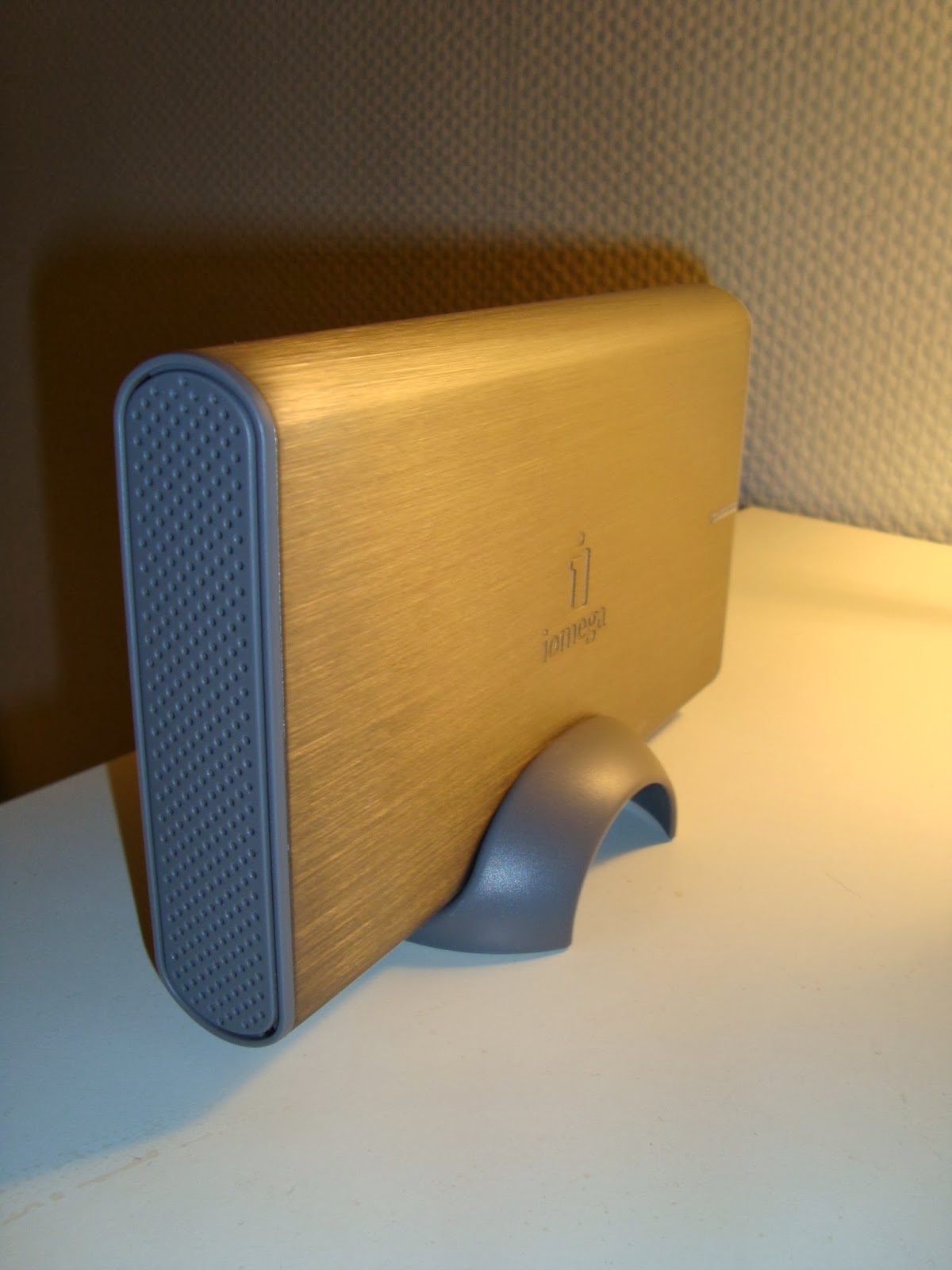 After a federal grand jury indicted him on “charges of receiving and possessing child pornography” Shawn David Coulter filed a motion to suppress evidence.  U.S. v. Coulter, 2014 WL 229199 (U.S. District Court for the Western District of Missouri 2014). The press release you can find here, and the news story you can find here, provide more information on the charges and the facts in the case.  The opinion does not cite the statute(s) under which he was charged, but I assume it was 18 U.S. Code § 2252A.

The U.S. District Court Judge who has the case referred the motion to suppress to a U.S. Magistrate Judge pursuant to 28 U.S. Code § 636(b), which authorizes a District Court Judge to “designate a magistrate judge to conduct hearings . . . and to submit to a judge of the court proposed findings of fact and recommendations for the disposition, by a judge of the court” of motions of various types, including motions to suppress. U.S. v. Coulter, supra.

The U.S. Magistrate Judge began his “Report and Recommendation” to the U.S. District Judge who has the case by outlining the facts that led to Coulter’s being charged:

On April 5, 2009, Jane Crisp, with the assistance of her adult son, Justin, determined that Coulter, who was residing at Crisp's home, had downloaded images and videos of child pornography onto her computer, which was kept and used in her minor son's bedroom. Crisp's adult son Justin discovered the images on the computer hard drive, which he routinely checked at Crisp's request for downloaded material that might need to be removed or deleted.

Although the file containing the images was labeled `Shawn's files,’ and was protected by a password, Justin was able to bypass the password security. Justin attempted to delete some of the images, which included a video of a thirteen-year-old girl performing oral sex on an adult male, who was identified as the girl's father.

At the time of Justin's search, an external hard drive belonging to Coulter was present, but disconnected from Crisp's CPU tower. After Justin discovered the images, Crisp, Justin, and Crisp's minor son left the residence. When they returned, Coulter was in the house. Crisp contacted two friends, Kevin Sharp and Harold Sword. Both men arrived at the residence and advised Crisp to contact the police.

She telephoned the Lebanon, Missouri, Police Department and reported that a male subject (Coulter) at her residence had downloaded child pornography on her computer. She requested that the police remove him from her residence and arrest him.

When the police arrived, Crisp

granted entry to Officers Wayne Merritt and Kendall Blackburn. Crisp's 13–year–old son, Sharp, Sword, and Coulter were also present. In the presence of the officers, Crisp confronted Coulter about the child pornography on her son's computer, but Coulter `did not say much.’ Crisp then permitted Merritt to enter her minor son's bedroom, where the computer was located.

Merritt attempted to retrieve the images from the computer, without success. Sword, who was also present in the room, offered that he could probably find the images on the hard drive. Merritt agreed, and Sword found the same video clip of a 13–year–old female performing oral sex on an adult male. At the time of Merritt's search, the external hard drive had been reconnected to the CPU tower. Merritt testified that he perceived the external hard drive and the tower to be Crisp's `computer.’

Merritt then too the

tower and external hard drive out of the house. Merritt's report notes that Officer Blackburn arrested Coulter for possession of child pornography and read him his constitutional rights. As Merritt was removing the computer, Crisp told him `the tower was hers,’ and she wanted it back.

Merritt took the tower and the hard drive to the Lebanon Police Department. [Coulter] was read his Miranda rights. Robinson interviewed Coulter at the station and determined that the external hard drive was owned by Coulter. Coulter later gave written consent for police to search the hard drive. Forensic examination of the hard drive revealed over 120 images and over 60 videos of child pornography.

[t]he 4th Amendment protects citizens from unreasonable searches and seizures by the government. See U.S. v. Va Lerie, 424 F.3d 694 (U.S. Court of Appeals for the 8th Circuit 2005). A 4th Amendment search occurs `when an expectation of privacy that society is prepared to consider reasonable is infringed.’ U.S. v. Jacobsen, 466 U.S. 109 (1984). Only governmental, not private, searches and seizures are protected by the 4th Amendment. U.S. v. Jacobsen, supra.

Private intrusions to privacy do not violate the 4th Amendment unless the private party is acting as an `instrument or agent’ of the government, a question which turns on `the degree of the government's participation in the private party's activities’ which is resolved in light of the totality of the circumstances in the case. U.S. v. Wiest, 596 F.3d 906 (U.S. Court of Appeals for the 8th Circuit 2010) (quoting Skinner v. Railway Labor Executives' Ass'n, 489 U.S. 602 (1989)).

U.S. v. Coulter, supra.  For more on private searches, check out this prior blog post.

The Magistrate Judge then found that Crisp’s

original search of the files, with the assistance of her son, Justin, was not a governmental search because Crisp was not acting as an `instrument or agent’ of the government. She testified in state court that she periodically checked the computer, which was primarily used by her minor son, for downloaded material that needed to be removed. After viewing the pornographic video on her minor son's computer, she contacted the Lebanon Police Department and reported it.

U.S. v. Coulter, supra.  As this article notes, the case was originally filed in state court but was later taken over by federal authorities.

Next, he took up the issue of whether Crisp had the authority, under the 4th Amendment, to consent to the search of the CPU.  U.S. v. Coulter, supra.  The Magistrate Judge noted that since Crisps’s

U.S. v. Coulter, supra.  For more on authority to consent to the search of property, check out this prior blog post.

Here, Coulter argued that Crisps’ consent to search the

`computer’ did not apply to the password-protected folder called `Shawn's files,’ even though it was located on Crisp's CPU tower. [Coulter] maintains that the password protection of the folder `created an expectation of privacy for the person possessing th[e] password’. . . .

Crisp's ability to easily access the files supports a finding that Crisp had common authority over the files, even though they were password-protected. Both Justin and Sword were able to bypass the password protection over `Shawn's files’ with little difficulty. As owner and user, Crisp had authority to consent to a search of the CPU tower. Moreover, Merritt testified he was unaware that the files were password protected.

The Magistrate Judge then took up Coulter’s argument that “Crisp's authority to consent did not extend to the seizure of the external hard drive owned by Coulter, but used with Crisp's CPU.”  U.S. v. Coulter, supra.  He began his analysis of this argument by noting that a 4th Amendment “seizure occurs `when there is some meaningful interference with an individual's possessory interests in that property.’  U.S. v. Clutter, 674 F.3d 980 (U.S. Court of Appeals for the 8th Circuit 2012) (quoting U.S. v. Jacobsen, supra).”  U.S. v. Coulter, supra.

[n]o party, not even Coulter, who was in the home at the time of the seizure, made a meaningful distinction to the police between the CPU and the hard drive. Merritt testified that he believed the seized components were all part of the same computer system. Moreover, law enforcement had not been informed by anyone present that the external hard drive was owned by [Coulter] and the tower by Crisp.

[Coulter] argues that Crisp's statement to Officer Merritt at the time of the seizure that she wanted `the tower’ back, was sufficient to indicate Crisp owned the tower, but not the external hard drive. [This judge] recommends rejection of this argument.

As to Crisp’s authority to consent to the seizure of the external hard drive, along with the tower, the judge explained that when a third party

lacks `actual’ or `common authority’ to consent to a search of jointly-used property, it is reasonable for law enforcement officers to rely upon the third-party's `apparent authority; to consent. U.S. v. Clutter, supra.

Law enforcement reasonably relied on Crisp's apparent authority to consent to the search. The computer was in Crisp's home, in her minor son's bedroom. Her minor son regularly used the computer. Crisp routinely had her older son monitor the computer for any inappropriate material. Crisp, with the assistance of her friend, showed Merritt the video depicting sexual relations between a 13–year–old girl and an adult male. This was the same video Crisp and her adult son Justin discovered prior to contacting law enforcement.

Merritt testified that he was not aware that the files were password protected, or that they were contained in a folder labeled “Shawn's Files.” The record does not show that either Sword or Crisp advised Merritt that he would have to overcome a password protection. Moreover, at that time Coulter's external hard drive was connected to the CPU tower. Based upon the totality of the circumstances presented to Merritt, it was reasonable for him to conclude that Crisp had control over the computer, including the hard drive, and its contents.

The Magistrate Judge also pointed out that

[a]s soon as Robinson learned, post-seizure, that the hard drive was separate from the CPU tower, she informed Merritt, who then obtained [Coulter’s] specific consent to search the external hard drive. It was reasonable for the officer to rely on Crisp's consent to take the computer, and it was reasonable for the officer to believe that the hard drive and the tower were part of the same computer system.

respectfully recommend[ed] that Merritt reasonably relied on Crisp's apparent authority over the entire computer system, which validates his seizure of both the CPU and the hard drive. Prior to search of the hard drive, officers obtained Coulter’s written consent to search.  Accordingly, the Court recommends that the evidence obtained from the CPU and external hard drive should not be excluded.