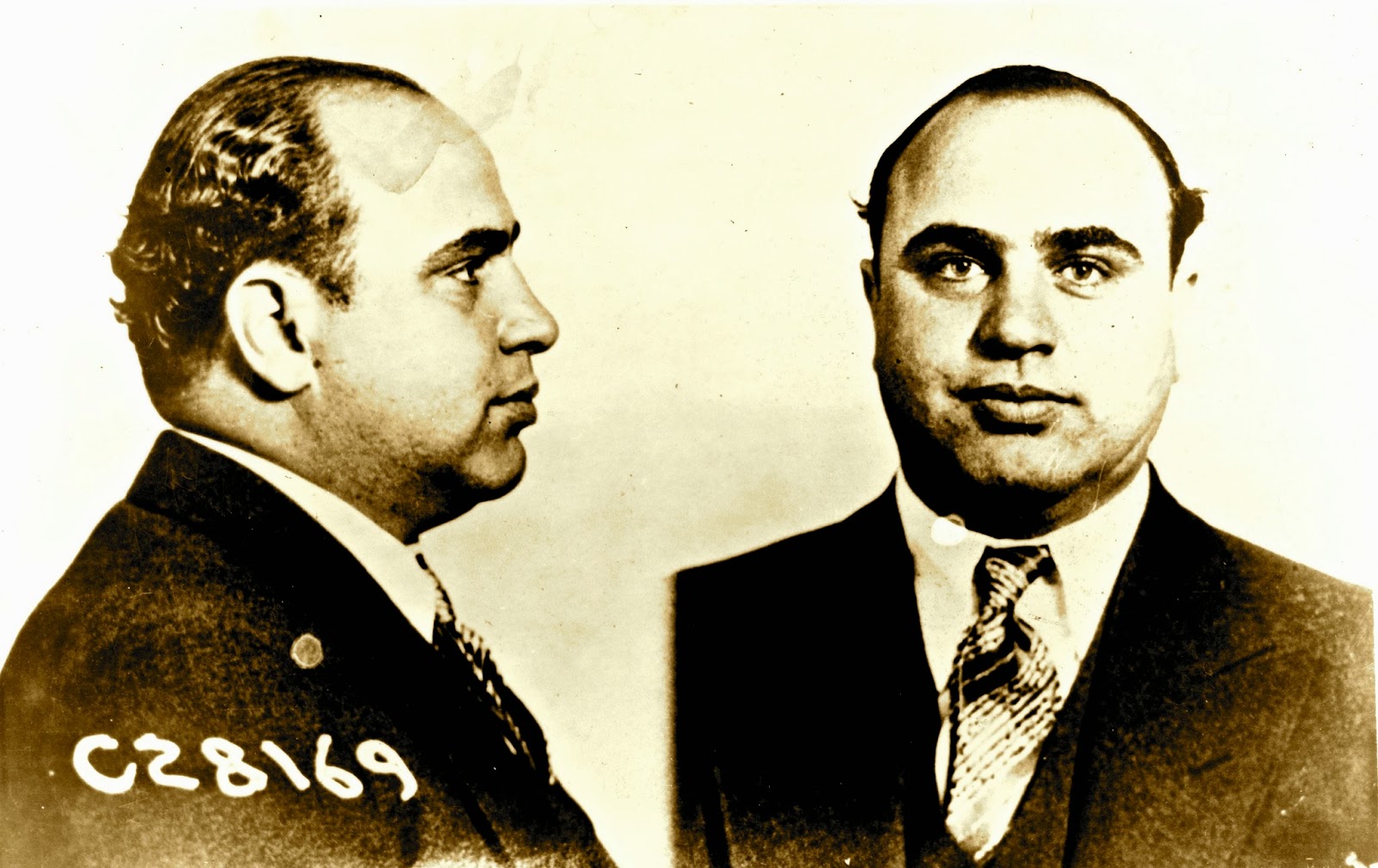 After a jury convicted him of “conspiracy to defraud the United States and to commit wire fraud, in violation of 18 U.S. Code § 371”, Mark Daniel Leitner appealed. U.S. v. Leitner, 2014 WL 572340 (U.S. Court of Appeals for the 11th Circuit 2014). The opinion notes that the conspiracy was a “dual object conspiracy”

to impede the government's assessment and collection of taxes and to defraud customers of Pinnacle Quest International (`PQI). Leitner was a salesman for PQI and sold memberships in PQI falsely representing the membership would show the individuals how to conceal income and avoid paying their taxes and credit card debt.

U.S. v. Leitner, supra.  You can read more about the charges in this press release.

In his appeal, Leitner argued (i) that the evidence presented at trial was not sufficient for a reasonable jury to convict him of conspiracy and/or (ii) that the trial judge committed reversible error “in admitting the government's evidence of the arrests and prosecutions of individuals who had worked for PQI's predecessor organization selling these same type of memberships.”  U.S. v. Leitner, supra.  The Court of Appeals began its analysis of his arguments by noting that last November it addressed both issues in ruling on the appeal of one of Leitner’s co-defendants.  U.S. v. Leitner, supra.  As the press release noted above explained, Leitner was tried with seven other defendants.

The court noted that while the prior decision “does not control our analysis of the issues here, it is nevertheless instructive.”  U.S. v. Leitner, supra.   It explained that it would therefore “focus exclusively on defendant Leitner's role in PQI and the evidence to support his personal involvement in that criminal conspiracy.” U.S. v. Leitner, supra.

It then reviewed that evidence, which fell into three categories:  communications with an undercover Internal Revenue Service (IRS) agent; testimony from someone he recruited to buy a PQI membership; and his failure to pay income taxes.  U.S. v. Leitner, supra.

Teresa Hampton, the undercover agent, testified that in 2003 she accessed the “nettaxfreedom.com” website.  U.S. v. Leitner, supra.   When she “requested additional information from the website’s operator”, she

received an email stating, “’Are you still paying taxes? Did you know that most people are legally and lawfully eligible to be tax exempt? This invitation comes directly from the Internal Revenue Service.”’

Hampton used “a false identity” to respond to this “email by requesting additional information”, which led to her receiving “another email, this one coming from the address `PQIServicesæaol.com.’” U.S. v. Leitner, supra.   It read as follows:

`Hi, my name is Mark Leitner and I am a consultant for the educational organization PQI. We are for expert consultation, education and services in the area of debt elimination, asset protection, and freedom and privacy. . . . If you are looking to reduce or eliminate your income tax burden legally and immediately, then this is information that can help you. Our education will blow your socks off and leave your toes smoking. And we have a money back guarantee to . . . back that statement up.’ . . .

`[Y]ou may also wish to be introduced to a few of the many people that have taken advantage of our services and are now living a tax-free lifestyle. . . . We have helped tens of thousands. Our financial tools and processes are applicable to almost everyone. W–2 wage earners will be able to keep most of their paycheck in as soon as several weeks time. Our experts will handle all paperwork and correspondence for you. . . .

`I am looking forward to speaking with you and hope to help you on your way to living completely income tax and debt free. You will find beyond a doubt that PQI's education services will elevate you above the vast majority of Americans in knowledge and financial freedoms. You will have many advantages and opportunities that most Americans will never know about. . . .

Hampton stayed in contact with Leitner and later bought “a Q2–level PQI membership” through him because “`he was my upline person, which was the person who I contacted for everything. I had to go to him for anything that I did.’” U.S. v. Leitner, supra.  When she became a Q2-level member, PQI invited her to conferences. U.S. v. Leitner, supra.  Before she attended one, Hampton had to sign a document in which she

`agree[d] not to disclose to any person who is not in attendance at [the] conference—at [the] event, any conference information or speaker contacts.’ Leitner explained this provision to [her] stating that she `didn't want to talk about this with people who were not like-minded like ourselves because they wouldn't understand.’

The other witness was Andrew Cordova, who testified that in 2002, Leitner persuaded

him to purchase a PQI membership. Leitner told Cordova PQI was `[b]asically an investment club’ with `offers of areas to invest in’ and `[v]arious plans on how to either avoid or not pay taxes’” During their first meeting, Leitner told Cordova that he (Leitner) `wasn't paying taxes.’ Cordova learned Leitner had `structured’ his finances so as to hide his assets from the government.

After one meeting with Leitner, Cordova decided to join PQI, purchasing a Q2–level membership for himself and his wife. PQI charged approximately $9,000 per married couple for a Q2–level membership. Cordova summarized his relationship with Leitner, stating: `Mark introduced me [to PQI], sold me the Q2 package, sold me on PQI being a viable entity and a good thing to be interested in.’

Within . . . a year, Cordova lost $100,000 as a result of PQI-related activities. Cordova testified that, after losing money, he `asked Mr. Leitner to look into this, and he said, oh yeah, he would talk to the leadership group again, and I never heard from Mark again.’

The Court of Appeals found that “there was overwhelming evidence of Leitner's guilt, and we affirm his conviction.”  U.S. v. Leitner, supra.  It explained that

The conspiracy statute under which the jury convicted Leitner criminalizes conspiracies to either: (1) commit any offense against the United States; or (2) defraud the United States. 18 U.S. Code § 371. At trial, the government was required to prove: “(1) the existence of an agreement to achieve an unlawful objective; (2) the defendant’s knowing and voluntary participation in the agreement; and (3) the commission of an act in furtherance of the agreement.” U.S. v. Adkinson, 158 F.3d 1147 (U.S. Court of Appeals for the 11th Circuit 1998). The indictment charged Leitner and his co-defendants conspired: (1) to defraud the United States by impeding and defeating the lawful functions of the IRS in the assessment and collection of taxes; and (2) to commit other offenses against the United States, specifically wire fraud in violation of 18 U.S. Code §1343.

Here, the jury convicted Leitner of the dual object conspiracy to impede the IRS's assessment and collection of taxes and to defraud PQI customers. As for the conspiracy to defraud the United States, the indictment alleged that Leitner and his co-defendants conspired to do so by defeating the lawful functioning of the IRS. In such a case, the government must show: `there was an agreement whose purpose was to impede the IRS (the conspiracy), and that each defendant knowingly participated in that conspiracy.’ . . . `[F]ailure to properly report income can constitute the require act in furtherance of’ such a conspiracy. Id.

scheme to defraud PQI customers by keeping from customers the fact that PQI memberships were essentially worthless. Ample evidence showed that Leitner and his co-defendants knew that the PQI vendors' products did not work. Nevertheless, the conspirators charged high rates for the right to purchase those ineffective products.

A reasonable jury could thus infer, then, that the conspirators sold these memberships without disclosing the uselessness of the PQI vendors' products in order to deceive the consumers out of money.

There was extensive evidence that Leitner himself knew that the PQI memberships were of no use to consumers. For example, the government's evidence showed that Leitner made promises to Hampton about the usefulness of the IMF Decoder product and encouraged her to purchase that product.

But, Leitner did not reveal to Hampton that he had a personal financial incentive to persuade her to buy the product. A reasonable jury could infer from this evidence that Leitner knew his claims about the IMF Decoder product were false, and that he only made them because he wanted to receive a commission from IMF Decoder.

A reasonable jury could also infer that Leitner knew that the PQI vendors' products did not work from Cordova's testimony that he (Cordova) told Leitner about his substantial financial losses as a result of using a PQI vendor product, that Leitner promised to investigate, and then promptly stopped communicating with Cordova. Cordova indicated that this occurred sometime in 2003.

However, Hampton testified that between 2003 and 2005, Leitner made numerous sales pitches to her and promises about the value of PQI memberships. A reasonable jury could conclude from this evidence that Leitner encouraged Hampton to buy a PQI membership and use PQI vendors' products knowing that at least one PQI member, Cordova, had lost $100,000 as a result of those products.

The Court of Appeals therefore found that there was “extensive evidence” to support Leitner’s conviction, which it affirmed.  U.S. v. Leitner, supra.

As this news story explains, PQI fell into a category that is commonly referred to as “tax defiers.”  And as Wikipedia explains, this type of activity is far from new.
Posted by Susan Brenner at 8:30 AM