Bivens, FISA and the 4th Amendment 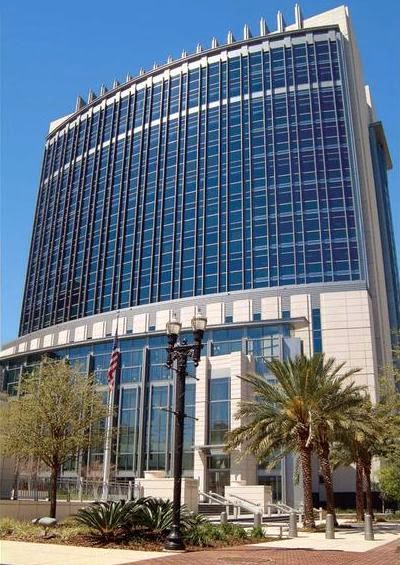 As the result of events outlined below, Syed Abid Iqbal filed a lawsuit in federal court in which he asserted “five claims against the individual Defendants”, one of which was that the Defendants “violated the Foreign Intelligence Surveillance Act, 50 U.S. Code § 1810, by using electronic surveillance devices to monitor him and his family” and another of which was that they “violated his 4th Amendment right to be free from excessive force”.  Iqbal v. Department of Justice, 2014 WL 169867 (U.S. District Court for the Middle District of Florida 2014).

The defendants are “four individual FBI agents, from whom [Iqbal] seeks monetary relief for violations of his Constitutional rights.”  Iqbal v. Department of Justice, supra.


This, according to the opinion, is how Iqbal came to sue the agents:


[Iqbal] approached the FBI on December 2, 2008, seeking help regarding his `concerns about his friends and acquaintances.’ . . . Although [Iqbal] did not know it . . . the FBI believed [his] concerns were related to an ongoing investigation into a `planned attack,’ the details of which are unclear. . . .  Agents Eubank and Meyer met with [Iqbal] at the FBI office in Jacksonville, had him write down his concerns, and then released him.

Beginning December 3, 2008, [Iqbal] spoke with Agents Eubank, Meyer, and Skinner several more times, both over the phone and in person. . . . The agents questioned [him] about his personal background, but were also concerned with several suspicious communications they believed him to have made—particularly a November 30, 2008, email that had been sent to the Transportation Security Administration (TSA). . . .


On December 7, 2008, Skinner called [Iqbal] and asked him to come into the FBI's Jacksonville office. . . [Iqbal] agreed. . . . When he arrived, he met for the first time with Agent Stelly. . . . Stelly accused [Iqbal] of sending the TSA email from a hotel in Atlanta and threatened to charge [him] with a criminal offense if he did not admit to doing so. . . . Skinner then asked [Iqbal] to take a polygraph examination. . . . [Iqbal] agreed, but he did not otherwise consent to any questioning or interrogation. . . .


Iqbal v. Department of Justice, supra.  The allegations above, and the ones that follow below, come from the Complaint Iqbal filed to initiate the lawsuit.  The opinion says FBI Agent Wetmore conducted the polygraph examination in the course of which he


continued to question [Iqbal] about the TSA email. . .  [Iqbal] denied having sent it. . . . When the examination was complete, [he] asked if he could leave. . . .  Wetmore did not answer [Iqbal]'s question; instead, he told [him] he failed the polygraph examination and . . . should admit to creating the email address used to send the TSA email and posting on TSA websites using a falsified IP address. . . .

When [Iqbal] again refused to admit to Wetmore's allegations, Wetmore `started yelling and screaming [and] subjected [Iqbal] to enhanced interrogation technique[s] known as stress position and submission position.’ Wetmore also made graphic sexual remarks about the women in [Iqbal]'s family, called [him] a `Bad Muslim,’ and threatened to charge him with a criminal offense. . . .


Despite [Iqbal]'s protests, Wetmore continually refused to end the interrogation. . . . [Iqbal] was never given a restroom break, and his `physical movement on [his] chair was restricted resulting in pressure on [his] back and neck muscles.’ . . . `Due to increased physical and mental pain,’ [Iqbal] eventually asked if he was required to say he sent the email. . . .

Wetmore ignored the question. . . . When [Iqbal] began to lose consciousness from the pain and tension of the situation, Wetmore would `flash’ emails and other papers `on [[Iqbal]'s] face.’ . . .


During the interrogation, Eubank, Stelly, and Skinner were present but did not intervene. . . . Once [it] was completed, the agents got general information from [Iqbal], including his age, address, and the type car he drives. . . . They then walked him back to the front of the building and released him. . . . The incident lasted for over six hours. . . .


The opinion then says that, “[b]ased on” information obtained during the interrogation,


The surveillance lasted until January 2011, and agents confirmed that the information collected included the structure and contents of [Iqbal]'s house, the content of his personal and business calls, and his travel information. . . . [Iqbal] specifically alleges that on February 8, 2009, the `FBI recorded the prayer (‘Salah’) from the privacy of [his] home . . . and stored it in the form of an audio recording’ without his consent. . .


As to the impact of the events outlined above, plus others, Iqbal alleged that the FBI


intentionally inflicted physical and psychological pain upon him, which caused him to lose weight, to be `unable to sit straight because of constant back pain,’ and to feel humiliation, embarrassment, and stress so severe that he was having panic attacks and contemplating suicide. . . . [Iqbal claims] his continual neck and back pain, as well as the `constant stress of either getting killed or charged,’ contributed to him losing his job as an information technology professional, which, in turn, led to his bankruptcy. . . .


The four FBI agents responded to the suit by filing a motion to dismiss Iqbal’s claims pursuant to Rule 12(b)(6) of the Federal Rules of Civil Procedure.  As Wikipedia explains, and as I have noted in prior posts, a Rule 12(b)(6) motion alleges that the plaintiff has failed to adequately plead a given cause of action in his/her/its Complaint. The motion does not raise any factual issues; factual issues are to be decided by the jury or by the judge at a bench trial.  To withstand such a challenge, the plaintiff must allege facts which, if proven at trial, would justify a verdict in his favor.


The judge first addressed the defendants’ motion to dismiss the Foreign Intelligence Surveillance Act [FISA] claim. Iqbal v. Department of Justice, supra.  He explained that he did not need to do so because he had ordered that this claim be dismissed “with prejudice” in an earlier opinion.  Iqbal v. Department of Justice, supra (citing Iqbal v. F.B.I., 2012 WL 2366634 (U.S. District Court for the Middle District of Florida 2012)).


In the 2012 opinion, the judge explained that FISA is a


limited waiver of sovereign immunity, and it permits civil actions to be brought against the United States for willful violations of the Act. 18 U.S. Code § 2712.  To bring such a suit, the claimant must first present the claim `to the appropriate department or agency under the procedures of the Federal Tort Claims Act.’  § 2712(b)(1).

Under the Federal Tort Claims Act, a claimant who fails to file an administrative claim cannot seek redress in court. See Turner v. U.S, 514 F.3d 1194 (U.S. Court of Appeals for the 11th Circuit 2008). Put another way, the Federal Tort Claims Act divests this Court of subject matter jurisdiction over all claims that have not been presented in the first instance to the proper federal department. Turner v. U.S., supra.


In the complaint in this case, Iqbal fails to allege his claim was submitted to the FBI or an appropriate department or agency.’ Nor does he allege he had exhausted his administrative remedies in a more general fashion. In fact, in a subsequent filing, Iqbal admits he did not present his claim prior to filing suit. Therefore, given his failure to administratively exhaust his claim, the Court finds Count II is due to be dismissed with prejudice.


Iqbal v. F.B.I.  In his 2014 opinion, the judge merely noted that “[f]or the same reasons previously addressed, Plaintiff's FISA claim remains dismissed with prejudice.” Iqbal v. Department of Justice, supra.  In the 2014 opinion, the judge is ruling on the defendants’ motion to dismiss “Plaintiff’s Third Amended Complaint”, which is presumably a successor to the Complaint at issue earlier; Iqbal may have repled the FISA claim in the amended Complaint.  Iqbal v. Department of Justice, supra.


The judge then took up Iqbal’s Bivens claim, which alleged that the agents “used `excessive force[ ] to question Plaintiff about his religion, personal and private life’” and that Wetmore “`subjected [him] to enhanced interrogation technique[s] known as stress position and submission position.’” Iqbal v. Department of Justice, supra.  As Wikipedia explains, in Bivens v. Six Unknown Named Agents, 403 U.S. 388 (1971), the Supreme Court held “an implied cause of action” allows individuals to bring suit for actions that violate the 4th Amendment’s prohibition on “unreasonable” searches and seizures.

`To assert a 4th Amendment claim based on the use of excessive force, the [Plaintiff] must allege (1) that a seizure occurred and (2) that the force used to effect the seizure was unreasonable.’ Troupe v. Sarasota County, 419 F.3d 1160 (U.S. Court of Appeals for the 11th Circuit 2005). Whether force is reasonable is an objective inquiry, judged from the perspective of a reasonable officer in light of the facts and circumstances presented to the defendant at the time the force was applied. . . .


The judge then found that Iqbal’s Bivens claim


fails because he has not adequately pled that any Defendant applied unreasonable force to him. [Iqbal’s] allegation that Wetmore subjected him to `enhanced interrogation techniques’ is conclusory; as Plaintiff's own exhibits indicate, that term encompasses a broad spectrum of conduct, most of which is innocuous if not applied continuously over a prolonged period. (See Doc. 68–1, pp. 2, 8 (explaining that `stress positions’ include sitting, standing, and kneeling).) Plaintiff never indicates how he was subjected to a stress position or whether any Defendant used force of any kind to place him in it. . . .


Without more specific factual support, the Court cannot accept Plaintiff's “enhanced interrogation technique” allegations as true. See [Bell Atlantic v. Twombly, 550 U.S. 544 (2007).] Additionally, Plaintiff's allegations that Defendants caused him pain requiring medication speak only to the result of the alleged use of force and shed no light on the actual force used. . . .

Likewise, the most plausible reading of the allegation that Wetmore `used email and other papers to flash on [his] face’ is that Wetmore flashed the print-outs in front of -- not onto – [his] face when he began to lose focus.  Thus, with no force alleged, Plaintiff's excessive force claim must fail.


Iqbal also asserted another Bivens claim, which alleged that the defendants “violated his 4th Amendment right to be free from unreasonable searches by monitoring and recording his private conversations.”  Iqbal v. Department of Justice, supra.

The judge rejected the defendants’ argument that Bivens does not encompass claims of unlawful surveillance, pointing out that the Bivens Court said the cause of action encompasses unlawful searches and that “[e]lectronic surveillance of private conversations constitutes a search for 4th Amendment purposes.”  Iqbal v. Department of Justice, supra.


sufficiently state a constitutional violation. [Iqbal] is entitled to a reasonable expectation of privacy in conversations and religion practices conducted in his own home, and the alleged warrantless intrusion into that privacy violates the 4th Amendment. See Kyllo v. U.S., 552 U .S. 27 (2001). . . . Moreover, since at least 1972, the law has been clearly established that warrantless electronic surveillance of the type alleged by [Iqbal] is impermissible.