The Cat, the Sister and the 4th Amendment 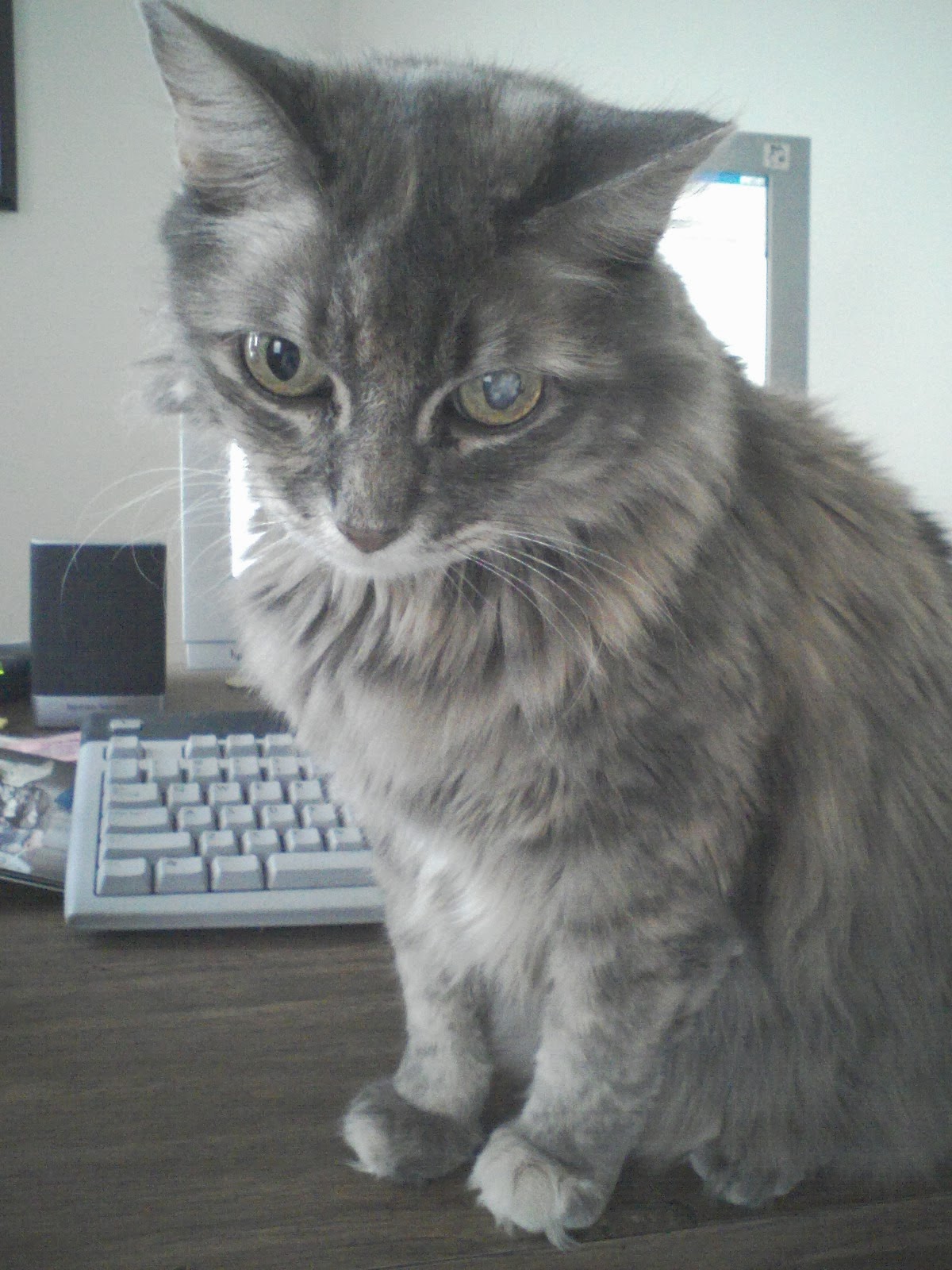 After he was “arrested for possession of child pornography” in violation of federal law, Brian Boyer filed a civil lawsuit against his sister,

Mohring and Rice filed motions to dismiss Boyer’s lawsuit pursuant to Rule 12(b)(6) of the Federal Rules of Civil Procedure.  Boyer v. Mohring, supra.  As Wikipedia explains, a Rule 12(b)(6) motion alleges that the plaintiff has failed to adequately plead a given cause of action, such as intrusion upon seclusion, in his/her/its Complaint. The motion does not raise any factual issues; factual issues are to be decided by the jury or by the judge at a bench trial.  To withstand such a challenge, the plaintiff must allege facts which, if proven at trial, would justify a verdict in his favor.

In this opinion, the U.S. District Judge who has the case is ruling on the motions to dismiss. Boyer v. Mohring, supra.  He begins his opinion by outlining the facts that led to the filing of the suit:

In September 2010, [Boyer] was a parolee under the supervision of Defendant Rice, his Parole Officer. At that time, [Boyer’s] sister, Mohring, signed what is known as a `Statement of Residence,’ in which she agreed to provide living quarters for [Boyer]  for a minimum of six months when he was released on parole.

In the `Statement of Residence,’ she agreed to cooperate with parole supervision staff. The `Statement of Residence’ stated: `I agree to take a friendly interest in this person as opportunity affords, and I shall cooperate with parole supervision staff by reporting any irregularities that may come to my attention.’ According to the Complaint, Rice asked Mohring to report to him any parole violations by [Boyer]. . . .

During the first week of March 2011, Mohring entered [Boyer’s] residence without permission. She searched the residence and found what she believed to be child pornography. Mohring reported the suspected child pornography to Rice. Rice then reported this information to his supervisor, who authorized a search of [Boyer’s] property pursuant to 61 [Pennsylvania Consolidated Statutes] § 6153(d).

In the Complaint he filed to initiate this lawsuit, Boyer stated that

he and Mohring jointly own the house in which he was living. . . . Mohring lived at a different house on the same street. . . . [Boyer] also states that he asked Mohring to enter his home to feed his cat. . . . To do so, [he] gave permission to his landlord to give Mohring the keys to his house. . . . [Boyer] explains that this permission was `for the purpose of feeding the cat only,’ and did not require Mohring to enter his bedroom. . . .

The judge further explains that on

March 7, 2011, Rice, along with Mohring and several law enforcement agents, searched [Boyer’s] residence. Although they did not find child pornography, they took [Boyer] into custody for various other parole violations. . . . Between March 8 and March 11, 2011, while [he] was in custody, Mohring entered [Boyer’s] home and seized his cell phone. . . .

On March 11, 2011, Mohring contacted Rice to inform him that she had [Boyer’s] cell phone in her possession, and . . . believed it contained images of child pornography. . . . Rice then contacted Sergeant Vega, his supervisor, who advised Rice to schedule a meeting with Mohring so that she could turn over the cell phone to him. . . . On the same day, Rice met with Mohring and was given custody of [Boyer’s] cell phone. Rice did not obtain a search warrant prior to receiving the phone. He then turned the phone over to Detective Vega. . . . Thereafter, Sergeant McQuate applied for a search warrant to search the cell phone. . . .

`A claim has facial plausibility when the plaintiff pleads factual content that allows the court to draw the reasonable inference that the defendant is liable for the misconduct alleged.’ Ethypharm S.A. France v. Abbott Labs, supra.  “This means that our inquiry is normally broken into three parts: (1) identifying the elements of the claim, (2) reviewing the complaint to strike conclusory allegations, and then (3) looking at the well-pleaded components of the complaint and evaluating whether all of the elements identified in part one of the inquiry are sufficiently alleged.” Malleus v. George, 641 F.3d 560 (U.S. Court of Appeals for the 3d Circuit 2011).

contends Rice violated his 4th Amendment rights when he unlawfully searched [Boyer’] residence and illegally seized and then searched his cell phone. Rice argues that Plaintiff's claim is barred by the Supreme Court's decision in Heck v. Humphrey, which bars actions challenging the basis for a conviction that has not been overturned. 512 U.S. 477 (1994).

In Heck v. Humphrey, the Supreme Court held that a plaintiff may not challenge the validity of his conviction . . . pursuant to § 1983, unless one of the following exceptions applies. The conviction or sentence must have been either (1) reversed on direct appeal; (2) expunged by executive order; (3) declared invalid by a state tribunal authorized to make such determination; or (4) called into question by a federal court's issuance of a writ of habeas corpus. Heck v. Humphrey, supra.

The judge then applied the Heck v. Humphrey standard to this case, noting that Boyer

now challenges the legality of the underlying search of his home and search and seizure of his cell phone. This challenge directly attacks the validity of his conviction, which is based on that search and seizure, and therefore violates Heck v. Humphrey. Unless [Boyer] can demonstrate that his claim falls under one of the exceptions noted above, his claim against Rice must be dismissed.

Here, [Boyer’s] conviction has not been reversed on appeal, expunged by executive order, declared invalid by a state tribunal or called into question by a federal court's issuance of a writ of habeas corpus. Therefore, none of the exceptions to the Heck v. Humphrey rule applies. Accordingly, [Boyer’s] [§ 1983] claim against t Rice for the illegal search and seizure of his cell phone is barred by Heck v. Humphrey and will be dismissed.

The judge also found that Boyer’s § 1983 claim against Rice failed for another reason:

[Boyer] arranged for Mohring to sign a `Statement of Residence,’ in which she agreed to provide him with housing upon his release on parole, and to cooperate with parole supervision staff should she became aware of any parole violations by [him]. Pursuant to this agreement, when Mohring suspected [Boyer] was violating his parole, she contacted Rice to inform him of the potential violation (possession of child pornography). As [Boyer’s] parole officer, Rice had a duty to investigate the allegations. Based on the information provided by Mohring, Rice contacted Sergeant Vega, who gave Rice permission to seize the cell phone from Mohring.

The information provided by Mohring gave Rice reasonable suspicion to believe [Boyer] was violating his parole and the authority to seize the cell phone, even without a search warrant. Rice did not initially search the cell phone after seizing it from Mohring, but instead turned it over to Sergeant McQuate, who then obtained a search warrant from a neutral Magisterial District Judge to search the phone.

After a search warrant was issued, based on facts meeting the probable cause standard, the cell phone was searched. Thus, Rice not only had reasonable suspicion to seize the cell phone, but also had probable cause to search it pursuant to a search warrant. For all these reasons, even when viewing the evidence in the light most favorable to [Boyer], no plausible 4th Amendment violation under Section 1983 has been established by [Boyer] against Rice.

The judge then turned to Boyer’s claim against his sister, noting that he claimed she

acted under color of state law by cooperating with Rice, searching his residence, seizing his cell phone, and viewing its contents, all in violation of 42 U.S. Code § 1983. . . .

To establish a claim under § 1983, a plaintiff must allege a violation of a constitutional right and must show the alleged violation was committed by a person acting under color of state law. West v. Atkins, 487 U.S. 42 (1988). A private actor can be considered a state actor in one of two ways. `The first category involves an activity that is significantly encouraged by the state or in which the state acts as a joint participant.’ Dickerson v. DeSimone, Inc., 2011 WL 3273228 (U.S. District Court for the Eastern District of Pennsylvania 2011) (quoting Leshko v. Servis, 423 F.3d 337 (U.S. Court of Appeals for the 3d Circuit 1984)). `The second category of cases involves an actor that is controlled by the state, performs a function delegated by the state, or is entwined with government policies or management.’ Dickerson v. DeSimone, Inc., supra.
In order to establish the requisite level of joint participation and collaboration, a plaintiff must aver the existence of a `pre-arranged plan [between the police and a private entity] by which the police substituted the judgment of [a] private part[y] for their own official authority.' Cruz v. Donnelly, 727 F.2d 79 (U.S. Court of Appeals for the 3d Circuit 1984). The 3rd Circuit has noted that `the critical issue . . .  is whether the state, through its agents or laws, has established a formal procedure or working relationship that drapes private actors with the power of the state.’ Cruz v. Donnelly, supra.

Here, Mohring is not a law enforcement agent or any other kind of state actor. To establish a claim for illegal search and seizure against Mohring, a private citizen, [Boyer] must show she acted under color of state law. To do so, [he] must allege plausible facts to show that Mohring was involved in conspiratorial or concerted action with Rice, a law enforcement agent. The facts alleged in the Complaint, however, do not establish that Mohring engaged in any concerted action with Rice.

As to the latter issue, the judge noted that Boyer

was aware of what the Statement of Residence required, and he knew that by providing him with housing, Mohring also agreed to cooperate with parole staff and to report any irregularities to them. [Boyer] contends Mohring `continuously and recklessly invaded and maliciously searched [his] personal residence and property without just reason while reporting results to law enforcement/parole agent Byron Rice for the purpose of having Plaintiff removed from residence.’ . . .

According to the Complaint, however, Mohring contacted Rice when she suspected [Boyer] had violated parole, and then turned [Boyer’s] cell phone over to him because she believed it contained illegal images. While she may have searched [his] home without his permission and reported the purported contents on the cell phone to Rice, this does not rise to the level of concerted action.

For these and other reasons, the judge granted the motions to dismiss, which ended Boyer’s lawsuit. Boyer v. Mohring, supra.

Posted by Susan Brenner at 5:43 PM