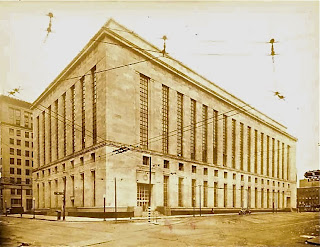 This post examines an opinion the U.S. Court of Appeals for the 6th Circuit issued recently in a civil case:  Seaton v. TripAdvisor LLC, 2013 WL 4525870 (2013). The court begins the opinion by explaining that “Kenneth Seaton [who brought the lawsuit] is the sole proprietor of Grand Resort Hotel and Convention Center (`Grand Resort’) located in Pigeon Forge, Tennessee.” Seaton v. TripAdvisor LLC, supra.

The opinion does not describe the facts that led to filing of this lawsuit in any detail, but one of the briefs filed on appeal does:

TripAdvisor is an Internet company `in the business of providing travel research information, including reviews, reports, opinions, surveys, and other information regarding hotels, resorts, restaurants, or other similar businesses of interest’ to travelers.  . . . `Visitors to TripAdvisor's website use its forums to exchange information relating to travel issues. TripAdvisor users are further encouraged to post comments and reviews and to answer surveys regarding hotels, resorts, restaurants, or other such places of interest.’ . . .

At the top of the Ranking, . . . were buttons which allowed users to find out about hotels, flights, restaurants and other travel destinations, or to `Write a Review.’ . . . The body of the feature ranked the ten `Dirtiest Hotels,’ providing each establishment's name and location, a representative quote from a user review (for the Hotel: `There was dirt at least 1/2” thick in the bathtub which was filled with lots of dark hair’) and a user-provided image for each (in the Hotel's case, a photograph of a ripped bedspread), and the percentage of reviewers who `do not recommend this hotel,’ based on a number of factors not limited to cleanliness. . . .

Information on the other nine hotels on the Ranking was equally as harsh as the information about Seaton's Hotel (e.g., excerpts from user reviews stating `Hold your nose for the garbage smell’ and `Camp out on the beach instead.’). . . Each listing linked to the hotel's full page on TripAdvisor's website . . . from which all user reviews of the establishment, good and bad, are accessible.

TripAdvisor also published an online press release . . . about the Dirtiest Hotels Ranking, which contained TripAdvisor's owl logo and trademarked tagline `World's Most Trusted Travel Advice.’ . . . It also contained the headlines `TripAdvisor lifts the Lid on America's Dirtiest Hotels’ and `Top 10 U.S. Grime Scenes Revealed, According to Traveler Cleanliness Ratings.’ . . . Summary lead-ins stated, among other things, `Now in its sixth year, and true to its promise to share the whole truth about hotels to help travelers plan their trips, TripAdvisor names and shames the nation's most hair-raising hotels,’ and `This year, the tarnished title of America's dirtiest hotel goes to Grand Resort Hotel and Convention Center. . . .’

Seaton responded by filing a lawsuit “in Tennessee state court, alleging claims for defamation and false-light invasion of privacy based on TripAdvisor's” including his hotel in the 2011 Dirtiest Hotels list. Seaton v. TripAdvisor LLC, supra.  TripAdvisor “removed” the case to federal court; as Wikipedia explains, a defendant in a lawsuit filed in a state court can have the case transferred to federal court if the federal court has jurisdiction to hear it.  Since Seaton’s claims arise under Tennessee state law, rather than federal law, the removal would have been based on the fact that the parties are, as Wikipedia notes, “diverse,” i.e., Seaton is a citizen of Tennessee and I am assuming the corporate entity TripAdvisor is incorporated in and therefore a citizen of another state.

Once TripAdvisor got the case into federal district court, it “filed a motion to dismiss [the suit], asserting that Grand Resort's placement on the list is protected under the 1st Amendment.”  Seaton v. TripAdvisor LLC, supra.  The district court judge granted the motion and denied Seaton’s motion to amend his complaint to add other causes of action; the judge found amending the complain would be “futile.” Seaton v. TripAdvisor LLC, supra.  Seaton appealed, which led to this opinion.

In his suit, Seaton alleged, among other things, that

`[b]y relying, in part or in whole, upon . . .  unverifiable data, and further applying such faulty methodology, TripAdvisor knew or should have known the statements it made regarding the `Dirtiest Hotels’ list were false and defaming to [Seaton] and TripAdvisor acted with negligence or reckless disregard for the truth or falsity of the statements.

The motion to dismiss would have been filed under Rule 12(b)(6) of the Federal Rules of Civil Procedure.  As I have noted in prior posts, and as Wikipedia explains, the Rule 12(b)(6) motion

is how lawsuits with insufficient legal theories underlying their cause of action are dismissed from court. For example, assault requires intent, so if the plaintiff has failed to plead intent, the defense can seek dismissal by filing a 12(b)(6) motion.

Since TripAdvisor claimed the inclusion of Seaton’s hotel in the Ranking was protected by the 1st Amendment, the Court of Appeals began its analysis by explaining that “Seaton's claim for defamation turns on whether TripAdvisor's `2011 Dirtiest Hotels’ list is capable of being understood as defamatory.” Seaton v. TripAdvisor LLC, supra.  It also noted that

`The question of whether [a writing] was understood by its readers as defamatory is a question for the jury, but the preliminary determination of whether the [writing] is “capable of being so understood is a question of law to be determined by the court.”’ McWhorter v. Barre, 132 S.W.3d 354 (Tennessee Court of Appeals 2003) (quoting Memphis Publ'g Co. v. Nichols, 569 S.W.2d 412 (Tennessee Supreme Court 1978)).

With regard to the 1st Amendment, the court noted that although the U.S. Supreme Court

has refused to give blanket 1st Amendment protection for opinions, its precedents make clear that the 1st Amendment does protect `statements that cannot reasonably be interpreted as stating actual facts about an individual.’ Milkovich v. Lorain Journal Co., 497 U.S. 1 (1990).  In so stating, the Supreme Court reaffirmed its prior decisions that protect statements employing `loose, figurative, or hyperbolic language which would negate the impression that the writer was seriously maintaining an assertion of fact. Milkovich v. Lorain Journal Co., supra.

The Court noted further that this impression could also be negated by `the general tenor of [an] article.’ Milkovich v. Lorain Journal Co., supra.

plausible claim for defamation because TripAdvisor's `2011 Dirtiest Hotels’ list cannot reasonably be interpreted as stating, as an assertion of fact, that Grand Resort is the dirtiest hotel in America. We reach this conclusion for two reasons. First, TripAdvisor's use of `dirtiest’ amounts to rhetorical hyperbole.

Second, the general tenor of the `2011 Dirtiest Hotels list undermines any impression that TripAdvisor was seriously maintaining that Grand Resort is, in fact, the dirtiest hotel in America.

`dirtiest’ negate[s] the impression that’ TripAdvisor is communicating assertions of fact. Milkovich v. Lorain Journal Co., supra. `Dirtiest’ is a loose, hyperbolic term because it is the superlative of an adjective that conveys an inherently subjective concept. Here, no reader of TripAdvisor's list would understand Grand Resort to be, objectively, the dirtiest hotel in all the Americas, the North American continent, or even the United States. Instead, `even the most careless reader must have perceived’ that `dirtiest’ is simply an exaggeration and that Grand Resort is not, literally, the dirtiest hotel in the United States. . . .

Thus, it is clear to us, as it would be to any reader, that TripAdvisor is not stating Grand Resort is the dirtiest hotel in America as an actual assertion of fact. . . .

The general tenor of the `2011 Dirtiest Hotels’ list buttresses the conclusion that readers would understand that by placing Grand Resort on the list, TripAdvisor is not stating an actual fact about Grand Resort. On the webpage in which the list appears, TripAdvisor states clearly `Dirtiest Hotels -- United States as reported by travelers on TripAdvisor.’

The implication from this statement is equally clear: TripAdvisor's rankings are based on the subjective views of its users, not on objectively verifiable facts.  With this, readers would discern that TripAdvisor did not conduct a scientific study to determine which ten hotels were objectively the dirtiest in America. Readers would, instead, understand the list to be communicating subjective opinions of travelers who use TripAdvisor.

Also on the list, the entry for Grand Resort includes a photograph of a ripped bedspread and a quotation from a TripAdvisor user: ‘”There was dirt at least ½’ thick in the bathtub which was filled with lots of dark hair.”’ . . . No one reading the list would understand these two examples to be the determinative factors in what constitutes the dirtiest hotel in America.

Readers would, instead, reasonably interpret these as entertaining examples of the specific experiences of two of TripAdvisor's users. Thus, the immediate context of Grand Resort's placement on the `2011 Dirtiest Hotels’ supports the conclusion that the list cannot reasonably be understood as communicating that Grand Resort is, in fact, the dirtiest hotel in America.

The Court of Appeals added one more observation on the issue of defamation:

TripAdvisor's claim of trustworthiness relates to its conveyance of its individual users' personal opinions. Further, `top ten’ lists and the like appear with growing frequency on the web. It seems to us that a reasonable observer understands that placement on and ranking within the bulk of such lists constitutes opinion, not a provable fact.

(1) publicity, (2) that places the plaintiff in a false light, (3) that is `highly offensive to a reasonable person,’ and (4) that the defendant knew of or acted with reckless disregard to the `falsity of the publicized matter and the false light in which the other would be placed.’ West v. Media Gen. Convergence, Inc., 53 S.W.3d 640 (Tennessee Supreme Court 2001).

a personal right. As such, the right cannot attach to corporations or other business entities, may not be assigned to another, nor may it be asserted by a member of the individual's family, even if brought after the death of the individual. Therefore, only those persons who have been placed in a false light may recover for invasion of their privacy.

The Court of Appeals then explained that in his suit, Seaton did not allege that he was

named personally in Trip Advisor's list, and our own review of the list confirms why: Trip Advisor named only Grand Resort. Therefore, Seaton cannot recover under his own theory of the case because he did not make plausible allegations that he was placed personally in a false light. . . .

Further, Seaton cannot recover on behalf of Grand Resort because it is a business and as such does not have the right under Tennessee law to recover for a violation of its privacy.

Since the court affirmed the judge’s rulings, it affirmed his dismissal of the suit.  Seaton v. TripAdvisor LLC, supra.  If Seaton can come up with alternative theories and/or facts, he can presumably try again, with a different approach.
Posted by Susan Brenner at 7:25 AM