The Cell Phone, the Tracking Order and the 4th Amendment 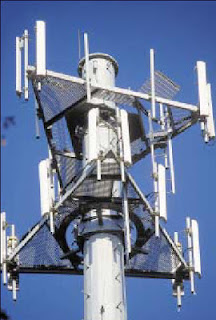 one count of first-degree intentional homicide, one count of second-degree reckless injury, and one count of possession of a firearm by a felon. The charges stemmed from the shooting death of Jarvis Banks, and the shooting of Demetrius Edwards, resulting in injury to Edwards.

The opinion explains that during the investigation of the shooting, police officers

spoke with employees of Mother's Food Market, one of whom told police that the store's external surveillance cameras captured the shooting. Another store employee told police that prior to the shooting, a black male wearing a white shirt with colored stripes came into the store and purchased a prepaid cellular phone. According to the store employee, the cell phone purchaser identified himself as `Bobby.’

A Mother's Food Market employee provided police with the phone number of the purchased cell phone. Police then applied for a court order authorizing the police to use cellular tower information to identify the physical location of the cell phone. Specifically, the order requested court authorization to install and use a trap and trace device, a pen register device, and other means of obtaining cell tower activity and location information.

Supporting this application was an affidavit from Milwaukee Police Detective Pajot, one of the officers on the scene of the shooting. In his affidavit, Pajot provided his knowledge of cell tower technology, a description of the contents of the surveillance videos, witness descriptions, explanations of the pen register and trap and trace technology, and Pajot's belief that tracking the location of the shooter's phone would `reveal evidence of the crime of First Degree Intentional Homicide.’ A circuit court judge granted the order approving the tracking of Tate's cell phone location.

Officers then tracked the cell phone’s location to

apartment building in Milwaukee. After knocking on multiple doors within the apartment unit, police eventually arrived at the apartment of Tate's mother. Tate's mother consented to a search of the apartment. Tate was subsequently located in a bedroom, as was a white shirt with colored stripes that matched the shirt seen on surveillance video, and a bloody tennis shoe. Tate was arrested and charged.

After being charged with the crimes noted above, Tate filed a motion to suppress certain evidence, which we will get to in a moment.  State v. Tate, supra.  The trial judge denied his motion, explaining that the police

`What do the cops know when they go to [the judge]?  Well, they know somebody was shot and killed by an unknown subject at about 6:25[p.m.] on June 9, 2009. They've got surveillance video. They've got a description of the suspect including a mostly white shirt with multi-colored stripes. They also have video that shows that same suspect is purchasing a telephone -- a cell phone at the Mother's Foods Magic Cell Phone Store on North 16th Street.’

`They -- the video shows him walking out of the store, walking up to the victim and shooting the victim in the back of the head, so they know that the guy that purchased the phone is the shooter.’

`They get the information about the cell phone. They go to [the circuit court] and say Judge, we'd like a track and trace so that we can find this cell phone and they're hoping that when they find the cell phone the guy in the striped shirt is there.’

`[The judge] gives them that order. They use their technology as . . . testified to. Didn't use any GPS technology to find out where the cell phone was being used for. With the [mobile station ID] and TESN numbers they narrow it to a location to an apartment building at ... West Hampton [Street].’

After the trial judge denied his motion, Tate pled

no contest to first-degree reckless homicide and possession of a firearm by a felon. Tate was sentenced to forty-nine years on the first-degree reckless homicide charge, consisting of thirty-nine years' initial confinement and ten years' extended supervision, and eight years on the felon in possession charge, consisting of four years each of initial confinement and extended supervision.

Tate then appealed the denial of his motion to suppress, claiming the order authorizing the

tracking of [his]phone to find its location was invalid under Wisconsin Statutes § 968.13 and multiple other federal and state statutes because the relevant statutes do not authorize courts to issue orders for location data when location is not itself evidence of a crime. Tate further contends that because his phone was located in a private residence, his 4th Amendment right to a reasonable expectation of privacy was also violated.

(In a footnote, the court explains that the parties in the case use the terms

`[o]rder’ and `warrant’ . . . interchangeably . . . ; however, the relevant law cited by both parties deals with the necessary requirements for the issuance of search warrants. Because we conclude that the order issued by the circuit court in this case meets the standard required for the issuance of search warrants, we too use the terms interchangeably.

The Court of Appeals began its analysis of the arguments Tate made on appeal by noting that given the facts in the case, the issue in the case was

simply whether there was probable cause for the issuance of the tracking order. The warrant clause of the 4th Amendment `require[s] only three things: (1) prior authorization by a neutral, detached magistrate; (2) a demonstration upon oath or affirmation that there is probable cause to believe that evidence sought will aid in a particular conviction for a particular offense; and (3) a particularized description of the place to be searched and items to be seized.’ State v. Sveum, 2010 WI 92, 328 Wis.2d 369, 787 N.W.2d 317 (Wisconsin Supreme Court 2010).

The only issue relevant to this appeal is whether there was probable cause to believe that location data obtained from Tate's phone would lead to evidence of the crime of homicide described by witnesses and shown on the surveillance videos.

It then turned to probable cause, explaining that whether it exists is determined by

`examining the totality of the circumstances.’ State v. Ward, 231 Wis.2d 723, 604 N.W.2d 517 (Wisconsin Supreme Court 2000). We must consider whether objectively viewed, the record before the warrant-issuing judge provided `sufficient facts to excite an honest belief in a reasonable mind that the objects sought are linked with the commission of a crime, and that they will be found in the place to be searched.’ Id.

`[T]o establish probable cause to search, evidence must indicate a ‘fair probability’ that a particular place contains evidence of a crime.’ State v. Brereton, 337 Wis.2d 145, 804 N.W.2d 243 (Wisconsin Court of Appeals 2011). In reviewing whether there was probable cause for the issuance of a search warrant, we accord great deference to the determination made by the warrant-issuing judge. . . .

`his personal knowledge and experience, as well as conversations with other investigating officers of the Milwaukee Police Department that on Tuesday, June 09, 2009, at about 6:25 pm, an Unknown subject intentionally shot the victim in the back of the head causing the victims [sic] death, this incident was captured on the stores [sic], Mothers Foods/Magic Cell Phone 2879 N 16th St, surveillance video.'

Based on surveillance video and witness descriptions, affiant states that the suspect is a black male, 20–30 years old, approximately 5′10″ [sic] with a muscular build, wearing a mostly white shirt with multi colored [sic] stripes. Video also shows the suspect at the counter purchasing the phone listed on this document, walking out of the store with the phone, walking up to the victim who was standing next to a yellow car and shooting the victim in the back of the head. Affiant further bases this affidavit upon the statement of [T.M.], the Mothers Foods/Magic Cell Phone clerk that sold the suspect the cell phone, that the phone number of the cell phone purchased by the suspect is. . . .’

The court found that under the totality of the circumstances in this case, “there were sufficient facts for the warrant-issuing judge to believe that the location data from Tate's phone would probably lead to evidence of the shooting” and that the “phone was evidence that could help to identify the shooter.”  State v. Tate, supra.

It then addressed Tate’s residual argument – “that the use of tracking devices violated his right to privacy because his phone was tracked to his private residence.”  State v. Tate, supra.  That argument is important because, as this site explains, the Supreme Court has consistently held that the “home” is the most private of all places protected by the 4th Amendment.

The Court of Appeals, though, was not persuaded:

[T]he location of the phone was narrowed down to an apartment building, not to his individual apartment. Police knocked on the doors of multiple units prior to knocking on Tate's mother's door.

The circuit court found that Tate's mother consented to the entry of her apartment. No violation of Tate's 4th Amendment privacy rights occurred when police located and entered his mother's apartment with her permission. See Illinois v. Rodriguez, 497U.S. 177 (1990) (entry by the police is valid when based upon `the consent of a third party whom the police, at the time of the entry, reasonably believe to possess common authority over the premises, but who in fact does not do so’).