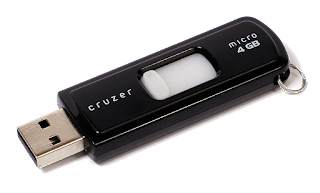 As this site explains, in the U.S. legal system (at least), the term probation refers to a
sentence “whereby a convict is released from confinement but is still under court supervision; a testing or a trial period.”

This post examines a decision ruling on a probationer’s – Jack Henry Swearingen’s -- motion to suppress that was used to charge him with two counts of receiving child pornography in violation of 18 U.S. Code §2252A(a)(2).  U.S. v. Swearingen, 2013 WL 174479 (U.S. District Court for the District of Montana 2013).  The U.S.Magistrate Judge who has the case began his opinion by explaining how Swearingen came to be on probation, noting that on September 9, 1992, he was convicted, having pled guilty,

on two counts of sexually assaulting two minor children. . . .[He] was sentenced to 20 years in prison on each count. . . . [but the sentences] were suspended and Swearingen placed on supervised probation subject to numerous conditions. . . .

[O]n August 9, 2002, the State District Court revoked the suspended sentences after [he] admitted violating . . . his probation by . . . having unsupervised contact with minor children by allowing them into his home. . . . [He] was again sentenced to a term of imprisonment of 20 years on each of the sexual assault convictions, with the sentences running concurrently. . . . On July 30, 2002, Swearingen executed a document titled `Conditions of Probation and Parole’ that delineated all of the various conditions to which his probation would be subject.

One of the conditions was that “[u]pon reasonable suspicion, as ascertained by the Probation and Parole Officer,” Swearingen’s Upon person, vehicle, and/or residence” could be “searched at any time, day or night, without a warrant by a probation/parole officer . . . or a Law Enforcement Officer (at the direction of the probation/parole/ISP officer).” U.S. v. Swearingen, supra. The opinion notes that “there were no conditions imposed on Swearingen’s probation that “precluded him from possessing or using computers or any other electronic storage devices, accessing the internet, or possessing legal pornography.” U.S. v. Swearingen, supra.

Sonju and the federal agents went to Swearingen's residence, where Sonju advised him

That brings us to 2012, when on January 17, an anonymous email was sent to the
Montana Department of Justice Sexual and Violent Offender Registry “regarding Swearingen's internet activity on Facebook and Flickr.” U.S. v. Swearingen, supra. It said, in part, that “`On Flikr, there are pictures Jack took of pretty young girls. I doubt her Mother knows he is a repeat offending pedophile . . . .’” U.S. v. Swearingen, supra.

In ruling on Swearingen’s motion to suppress, the Magistrate Judge said the “threshold issue” involved in analyzing the permissibility of the seizure and searches was “whether the search of Swearingen's residence by probation officers Helms and Burton, assisted by local law enforcement, was supported by reasonable suspicion that Swearingen had violated a condition of his probation.”  U.S. v. Swearingen, supra.  The judge found that they did:  “Under the totality of the circumstances which existed at the time the officers entered Swearingen's residence, they had reasonable suspicion that [he] may have violated a condition of his supervision, i.e., . . . `No unsupervised contact with minors under 18. . . . ‘”U.S. v. Swearingen, supra.

The judge then found that this “warrantless seizure and off-site search of Swearingen's computers and other storage media devices” was “indistinguishable from the seizure and off-site search of [his]  computers by probation officers that occurred in 2005 -- the seizure and search that Judge Molloy found violative of Swearingen's 4th Amendment rights.” U.S. v. Swearingen, supra.  The judge noted that it was true, as the prosecution argued, that Swearingen was “unambiguously” aware that his

person, vehicle, and residence were subject to warrantless searches upon reasonable suspicion that he may be violating a condition of his probation. He was not . . . unambiguously advised that his computers and other items of personal property could be seized and searched off-site. This is precisely the conclusion underlying Judge Molloy's decision in the 2005 case suppressing evidence after Swearingen's probation officers effected a warrantless seizure and off-site search of [his] computer.

The State of Montana could have, but did not, impose a condition on Swearingen's probation that he agree to the seizure and off-site search of his computers and other storage media devices upon reasonable suspicion he was engaged in criminal activity or violating the conditions of his probation. In fact, it could have precluded Swearingen from having any access to a computer or the internet. Remarkably, the State chose not to, even after its discovery in 2005 that [he] was in possession of child pornography.

`that a seizure comes under one of the ... exceptions to the warrant requirement. U.S. v. Hawkins, 249 F.3d 8676 (U.S. Court of Appeals for the 9th Circuit 2001). . . . The Government has not sustained its burden in this case. At the time they seized Swearingen's computers and other storage media, the officers did not have probable cause to believe that those devices held contraband or evidence of a crime. The government does not argue otherwise.

Indeed, had the officers conducted an on-site search of Swearingen's computer and other storage media and found evidence of child pornography, or had Swearingen admitted to child pornography, the officers would have had probable cause to temporarily seize the devices to protect the destruction of evidence until they were able to secure a warrant from a neutral and detached judicial officer. . . . . `But, once the agents took matters into their own hands by seizing the computer . . .  and then conducting further searches with more sophisticated software, they went beyond the pale.’ United States v. Swearingen, [Judge Molloy’s 2005 opinion].

The Magistrate Judge also explained that in this case, he found that the need for

deterrence outweighs the cost of suppressing the evidence. Based upon the nature of Swearingen's criminal convictions, and the fact he has twice been found to be in possession of child pornography, he is undoubtedly a despicable individual. But the balance must nonetheless be struck in favor of applying the exclusionary rule where its application `serves to deter deliberate, reckless, or grossly negligent conduct, or in some circumstances recurring or systemic negligence.’  Herring v. U.S., 529 U.S. 135 (2009). The error which occurred in this case is the same error addressed and explained by Judge Molloy in 2005. It is thus fair to conclude that the error is the product of recurring and/or systemic negligence.

The Magistrate Judge therefore recommended that the U.S. District Court judge who has the case grant Swearingen’s motion to suppress.  U.S. v. Swearingen, supra.
Posted by Susan Brenner at 5:02 PM