Wiretapping and the “Famous Hollywood Director” 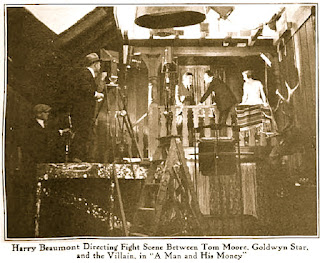 McTiernan was “sentenced to 12 months’ imprisonment and ordered to pay a $100,000 fine.”  U.S. v. McTiernan, supra. To understand the charges, and his plea, you have to understand what happened before this.

illegally wiretap the telephone conversations of two individuals. Six years later, when the Federal Bureau of Investigation questioned McTiernan about Pellicano's activities, McTiernan claimed he knew nothing about any wiretapping. But the FBI had obtained a digital recording (the Recording) Pellicano had made -- unbeknownst to McTiernan -- of a telephone conversation in which the two men discussed an illegal wiretap.

Caught red-handed, McTiernan pleaded guilty to one count of making a material false statement to the FBI. Shortly thereafter, McTiernan engaged new counsel who convinced him to seek the withdrawal of his guilty plea, which the district court eventually allowed.

Now, the charges.  The first two were based on McTiernan’s association with Pellicano:

On February 13, 2006, McTiernan was interviewed by telephone by Special Agent Ornellas of the [FBI] in connection with an investigation into . . . Pellicano's use of illegal wiretapping. Ornellas asked [if] McTiernan had knowledge of Pellicano's wiretapping activities and . . . had discussed wiretapping with Pellicano. . . .

McTiernan [said] he had never discussed wiretapping with Pellicano, Pellicano had never mentioned his ability to wiretap telephone calls, and he had used Pellicano's services only once, in connection with his divorce.

The responses . . . were false. McTiernan later admitted he had hired Pellicano in or around August 2000 and paid him at least $50,000 to conduct an illegal wiretap of two individuals, one of whom was Charles Roven, the producer of a movie McTiernan was directing. Pellicano installed the wiretaps, listened to the subjects' business and personal telephone calls, and reported their contents to McTiernan.

The Recording, which was made on August 17, 2000, was recovered . . . from Pellicano's computer pursuant to a search warrant in the investigation and prosecution of Pellicano [for various federal crimes].

In the Recording, Pellicano [told] McTiernan, who was directing a movie in Canada, he had intercepted `tons of stuff’ and could not `even listen to all of them.’ McTiernan instructed Pellicano to focus on instances where the producer was `saying one thing to the studio and saying something else to others,’ and said catching the producer `bad mouthing’ the `studio guys’ would `really be useful.’

McTiernan’s primary argument on appeal was that the district court judge, who took his plea and sentenced him, “erred in denying his motion to suppress the Recording.”  U.S. v. McTiernan, supra.  This is how the Court of Appeals summarized McTiernan’s argument on this issue:

Under 18 U.S. Code § 2515, `[w]henever any wire or oral communication has been intercepted, no part of the contents of such communication and no evidence derived therefrom may be received in evidence in any trial . . . if the disclosure of that information would be in violation of 18 U.S. Code §§ 2510 through 2522.

McTiernan contends that the Recording should have been suppressed pursuant to § 2515 because Pellicano made the Recording in violation 18 U.S. Code § 2511(2)(d), which prohibits anyone from intercepting an oral communication `for the purpose of committing any criminal or tortious act.’

Unlike the 4th Amendment, § 2515 excludes `evidence obtained by entirely private misconduct. The limitation on use turns on improper interception . . . regardless of whether the interception was governmental or private.’ Chandler v. U.S. Army, 125 F.3d 1296, 1298 (9th Cir.1997).

U.S. v. McTiernan, supra.  (For the 4th Amendment and private searches, check out this earlier post.)

McTiernan claimed he proved, by a preponderance of the evidence, that the Recording was made for a criminal or tortious purpose by presenting “evidence that Pellicano made the Recording as part of a recordkeeping process in support of Pellicano's `far-reaching criminal enterprise.’” U.S. v. McTiernan, supra.  McTiernan’s “principal evidence of Pellicano's purpose” was the opening statement “Pellicano made (in the third person) while representing himself at his own trial”, which was as follows:

`Mr. Pellicano . . . would have a minimum of 50 phone calls a day. And during . . . those phone calls there would be calls from people that he was investigating, from clients and other individuals that he needed to keep constant contact with.’


McTiernan claimed the Recording was “`for the purpose of committing a [ ] criminal or tortious act’” because it served as a reminder of the illegal acts Pellicano intended to commit. U.S. v. McTiernan, supra. The government argued that Pellicano's opening statement “is not credible evidence and is therefore insufficient to prove Pellicano's purpose in making the Recording.”  U.S. v. McTiernan, supra.

While the district court judge “acknowledged the `questionable” evidentiary value of the opening statement,” she assumed, for the purposes of ruling on McTiernan’s motion, he “had demonstrated the Recording was made as a part of Pellicano's effort to create a digital `to do’ list of criminal tasks.” U.S. v. McTiernan, supra.  Despite this, the judge found that “such a purpose was not criminal or tortious, explaining”.  U.S. v. McTiernan, supra. She explained that there was

[McTiernan's] definition of `for the purpose of committing a criminal or tortious act’ would include virtually any recording related to a criminal act made by one of the criminal participants because such a recording could always be construed as `recordkeeping’ under [McTiernan's] excessively broad definition.

There is no evidence that the Recording was to be used for a criminal or tortious act independent of the very criminal acts described in the Recording itself. Shielding defendants from their own self-made evidence of their crimes cannot be what Congress intended in enacting § 2515.

The Court of Appeals agreed with the district court judge:

We find the district court's analysis persuasive. Like the district court, we need not determine whether the opening statement is sufficient evidence of Pellicano's purpose in recording his conversation with McTiernan because even if the Recording was a `to do’ list of criminal activities as McTiernan asserts, it was not made `for the purpose of committing any criminal or tortious act.’

The Court of Appeals elaborated on the latter point:

The fact Pellicano was recording a conversation in which an illegal enterprise was discussed is not determinative under § 2511(2)(d) because . . . we look to the purpose and not to the subject matter of the recording. . . .

The Court of Appeals therefore held that the district court judge did not err in denying McTiernan’s motion to suppress the Recording.  U.S. v. McTiernan, supra.

McTiernan also claimed the judge who was chosen to rule on his motion to recuse the district court judge who had his case below erred in denying that motion.  U.S. v. McTiernan, supra.  He argued that the judge should be recused because she “(1) made a series of hostile comments about him during court proceedings, and (2) repeatedly denied motions to suppress Pellicano's [R]ecording”.  U.S. v. McTiernan, supra.

After noting that the standard for recusal is “[w]hether a reasonable person with knowledge of all the facts would conclude that the judge's impartiality might reasonably be questioned”, the Court of Appeals found it was not error to deny McTiernan’s motion to recuse.  U.S. v. McTiernan, supra.  More precisely, it found that McTiernan had “shown no ground” to warrant her recusal.  U.S. v. McTiernan, supra.

The Court of Appeals therefore affirmed the district court judge’s order denying McTiernan’s motion to suppress the Recording and upholding the other judge’s denying his motion for recusal.  U.S. v. McTiernan, supra. So, as this article notes, unless he tries to appeal to the U.S. Supreme Court, McTiernan will presumably have to show up and start serving his sentence.
Posted by Susan Brenner at 2:39 PM