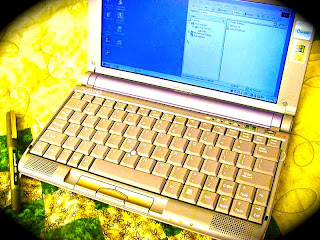 This is a follow up to a post I did last year, which also dealt with “standing” to raise a claim that law enforcement officers violated someone’s rights under the 4th Amendment.

As Wikipedia notes, “standing” is a term that refers to a party’s ability to “ demonstrate to the court sufficient connection to and harm from the law or action challenged to support that party's participation in the case.”

After reviewing the use of the standing doctrine in prior 4th Amendment cases, the Rakas Court explained that the

standing requirement discussed in [prior cases] and reaffirmed today is more properly subsumed under substantive Fourth Amendment doctrine. Rigorous application of the principle that the rights secured by this Amendment are personal, in place of a notion of `standing,’ will produce no additional situations in which evidence must be excluded. The inquiry under either approach is the same. But we think the better analysis . . . focuses on the extent of a particular defendant's rights under the Fourth Amendment, rather than on any theoretically separate, but invariably intertwined concept of standing.

Rakas v. Illinois, supra. The Rakas then noted that

Rakas v. Illinois, supra. Twenty years later, the Court said that “to claim the protection of the Fourth Amendment [i.e., to have 4th Amendment standing], a defendant must demonstrate that he personally has an expectation of privacy in the place searched, and that his expectation is reasonable”. Minnesota v. Carter, supra. As I explained in an earlier post, to establish that he had a reasonable expectation of privacy in a place or thing, a person must show (i) that he subjectively (personally) believed the place/thing was private and (ii) his belief is one society (objectively) is prepared to accept as reasonable. In that earlier post I gave an example of how this test works in practice.

And that brings us to U.S. v. Beatty, 2009 WL 5220643 (U.S. District Court for the Western District of Pennsylvania 2009). After being charged with receiving and possessing child pornography in violation of 18 U.S. Code §§ 2252(a), Robert Beatty moved to suppress “evidence of contraband taken from his home computer.” U.S. v. Beatty, supra. The search was conducted pursuant to a warrant; the process used to get the warrant is one I’ve discussed in earlier posts:

The affidavit in support of the warrant states that, on April 13, 2008, Trooper Robert Pearson of the Pennsylvania State Police conducted an online undercover investigation using the Gnutella network in a `peer-to-peer’ environment. Employing a file sharing program known as `Phex,’ Trooper Pearson entered `search terms [known] to be utilized by those interested in child pornography’ and, in doing so, obtained a list of shared files located on computers attached to the Gnutella network. . . .

Trooper Pearson's investigation revealed that an individual assigned Internet Protocol number 76.188.64.82 was using the Gnutella network and his/her own P2P software to broadcast for download numerous shared files with titles suggestive of child pornography. . . . [T]he affidavit references the titles of eleven files; nearly all of the file names include graphic references to specific sexual acts involving children and/or terms such as `child_sex, `pedofilia, `illegal pedo sex,` “`ncest’ or `Lolita.’ Trooper Pearson found that the Secured Hash Algorithm values of these files matched those in a national database of `known child pornography computer files’ maintained by the Wyoming Internet Crimes Against Children (ICAC) Task Force. Further investigation revealed that the Defendant was the subscriber to IP number 76.188.64.82 on the date in question.

Beatty, as noted above, moved to suppress the evidence seized from his computer. His motion was based on the argument that the search warrant affidavit (which contained the information summarized above) did not establish “probable cause to believe that evidence of a crime would be found on” Beatty’s computer. U.S. v. Beatty, supra.

Here is how the prosecution responded to Beatty’s motion, and how the district court judge characterized the initial issue to be decided:

According to the Government, the overwhelming majority, if not all, of the alleged child pornography movies that were discovered on [Beatty’s] computer were located in his shared LimeWire folders. Thus, the first issue we must address is whether [he] maintained a reasonable expectation of privacy in the files that were obtained as a result of the Government's search.

The prosecution was relying on a principle I discussed in an earlier post, i.e., that by using file-sharing software I surrender my 4th Amendment expectation of privacy in the folders I share with others. Under the standard I outlined above, courts have held that (i) one who uses file-sharing software may subjectively believe that the contents of the shared folders are “private” under the 4th Amendment but (ii) this is not a believe society is willing to accept as objectively reasonable because if I knowingly expose something to public view, I lose my 4th Amendment expectation of privacy in that thing. In support of its argument, the prosecution cited seven cases in which federal courts had reached this conclusion.

The district court judge did not, however, find those cases to be dispositive of the initial issue before it, which was essentially the question of Beatty’s standing to bring a 4th Amendment claim:

The Government's argument would have more force if [Beatty] were challenging Trooper Pearson's use of P2P software to remotely access his shared files, but that is not the situation here. As [Beatty] points out, the cases cited by the Government generally recognize that law enforcement officers do not violate the Fourth Amendment by using P2P software to remotely access files contained on a defendant's computer that are being shared by the defendant inasmuch as the defendant has no reasonable expectation of privacy regarding the remote accessing of those files. . . .

However, none of the cases cited by the Government stand for the proposition that an individual running P2P software thereby loses his Fourth Amendment `standing’ to challenge a search which involves entry into his home and the seizure and subsequent search of his entire computer. Were that the case, Agent Brenneis could have entered [Beatty’s] home and downloaded from his computer any shared files without having first obtained any warrant at all. In short, even if [Beatty] suffered no Fourth Amendment intrusion by virtue of Trooper Pearson's conduct in remotely accessing certain shared computer files, [he] nevertheless retained a reasonable expectation of privacy in his computer and his home such that he possesses `standing’ to challenge the merits of the subject search.

[s]ome of the authority relied on by the Government implicitly suggests the contrary. Many of the cases cited by the Government involve situations like the case at bar where a law enforcement officer initially obtains remote access to the defendant's share pornographic files via P2P software and then uses this information as a basis to obtain a broader search warrant. While these cases generally recognize that no Fourth Amendment violation occurs by virtue of the law enforcement officer's warrantless, remote accessing of the defendant's shared files (or other publicly available information), several of these cases then go on to address probable cause challenges to the broader search warrant without any reference to Fourth Amendment standing issues.

The judge then went on to analyze the substance of Beatty’s 4th Amendment claim, i.e., the argument that the warrant didn’t establish probable cause to search his home for child pornography. He found that two key pieces of information

-- the highly graphic titles of the files which [Beatty] was making available to other P2P users and Trooper Pearson's confirmation that these same files were among those identified by the Wyoming ICAC Task Force as `known child pornography’--provided a substantial basis for the magistrate judge's probable cause determination.

This is the only case I can find that parses out a challenge to a warrant based on the use of file-sharing software into (i) the standing issue and then (ii) the substantive issue as to whether the warrant was valid. I didn’t go back through the other P2P cases, but my guess is that the motions to suppress there focused primarily, if not exclusively, on the use of the P2P software, rather than on the search of the suspect’s home.

In my networking class, we talked about p2p software. I would like to put this spin on it, similar to what the NRA says... P2P software isn't illegal, what you download with it can be. Just like guns don't kill people, people kill people. A lot of things can be used for illegal stuff, but you don't go attacking the things being made, you go after the people. Otherwise no one could own cleaners, perfumes, aerosol cans, engine fluids, high voltage batteries, computers, guns, knives, really anything. What about other means of file sharing like FTP or SSH, which can do the same things, only off of a server which you can make private? What about CD/DVD burners? Or even devices that can record? People need to stop looking at the means of the crime and start looking at the ones at fault for the crime.