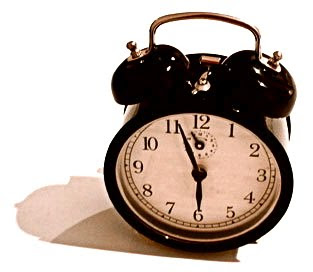 The accuracy and other admissibility of records generated by clocks on computers has come up in a surprising number of reported cases. I can’t discuss all of them, but I’m going to note a few that deal with what I think are representative issues involving clocks.

In People v. Hawkins, 98 Cal.App.4th 1428, 121 Cal.Rptr.2d 627 (California Court of Appeals), David Hawkins appealed his conviction for “knowingly accessing and taking data from a computer”, arguing, in part, that the trial judge erred in “admitting computer printouts of when computer files were last generated” because

`the date and time on that is hearsay. It is a statement generated by the computer being admitted . . . for the truth of the matter asserted. It's the computer saying the last time I was accessed was this date. And that is hearsay.’ Defendant asserted there was no applicable hearsay exception. Defendant contends that computer dates and times were notoriously unreliable and that reliability had to be established.

The prosecution claimed the printouts were documents and “documents are admissible if properly authenticated”. And the prosecution’s “computer expert checked the computer clock and it was accurate.” People v. Hawkins, supra. He conceded, though, that someone “could change the time on a computer clock.” People v. Hawkins, supra.

The Court of Appeals’ rejected Hawkins’ argument that the printouts were hearsay and were not admissible unless they came within an exception to the hearsay rule. It held, therefore, that “the true test for admissibility of a printout reflecting a computer's internal operations is not whether the printout was made in the regular course of business, but whether the computer was operating properly at the time of the printout.” People v. Hawkins, supra.

In U.S. v. Beckham, 2009 WL 2615817 (U.S. District Court for the Southern District of Texas 2009), Dale Beckham objected to parts of the presentence investigation report (PSR) used in sentencing him after he pled guilty to one count of transporting child pornography in violation of 18 U.S. Code § 2252A. One objection concerned a clock:

Beckham objected to references in the PSR to the volume of child pornography possessed given that when the battery was removed from his computer information was corrupted. . . .

At [Beckham’s] August 5, 2005 Hearing in Ottawa, Canada; the Crown's expert witness who analyzed the Defendant's laptop computer stated that when the Ottawa's police detective removed the battery from the subject laptop computer, he inadvertently caused the laptop's internal clock to be `zeroed-out’ thereby seriously compromising both the laptop computer and the Crown's ability to accurately and definitively state with accuracy any precise create-date and time of any files when created. Therefore, . . . references in the PSR . . . [to[ the actual volume of child pornography possessed or transported, should be seriously considered suspect and unreliable.

U.S. v. Beckham, supra. The federal judge ruling on Beckham’s challenge to his sentence doesn’t seem to have given that argument any credence, perhaps on the premise that it didn’t substantially affect the sentence imposed.

Then there’s Quattrocchi v. State, 17 So.3d 329 (Florida Court of Appeals 2009). Michael Quattrocchi was convicted of possessing child pornography and appealed. One of his arguments on appeal was that the “trial court committed reversible error in allowing the State to amend the information [the charging document] on the morning of trial” and in not granting his motion for a mistrial. Quattrocchi v. State, supra.

In ruling on his argument, the Court of Appeals noted that the standard for reviewing such a decision is whether it constituted an abuse of discretion that caused undue prejudice to the defendant. Quattrocchi v. State, supra. Here’s how the issue arose:

Before trial, the forensic examiner believed that the internal clock in the defendant's computer was incorrect and resulted in an inaccurate date-stamp on the downloaded images. The counts in the June 5 amended information were thus adjusted according to this theory.

At issue on appeal is the potential prejudice caused by the State's realization on the morning of trial, September 20, 2007, after the jury had already been selected and sworn, that the computer's battery had died while in storage, and thus the computer's internal clock was actually working properly while the computer was in the defendant's possession and the date stamps for the downloaded images that were amended on June 5, were actually correct.

Thus, the information had to be amended again to reflect the dates originally alleged. . . . [T]he State had filed three different informations in this case, and this was the fourth amended information containing the same fifty nine counts, but changing the image creation dates back to those provided prior to June 5, 2007 amendment. The creation dates were changed back to the dates originally alleged in the statement of the particulars on October 18, 2004.

no showing of prejudice to Quattrocchi's substantial rights, as he was on notice of the original creation dates . . . for almost three years prior to June 5, 2007, when the information was incorrectly amended. The need for these prior amendments of the dates shows that the issue of the accuracy of the time clock on the computer always had been known. Therefore, though the dates were changed back to the original creation dates on . . . the morning of the trial, the defense still had notice of these dates prior to that morning, so there is no showing of prejudice to Quattrocchi's substantial rights.

Finally, there’s this civil case: White v. Graceland College Center for Professional Development & Lifelong Learning, Inc., 2009 WL 722056 (U.S. District Court for the District of Kansas 2009) (“White v. Graceland”). Julie White brought a Family Medical Leave Act claim against her employer (Graceland). The issue this appeal deals with is part of “the parties' ongoing discovery dispute relating to the creation dates of certain emails and attachments sent between Plaintiff's supervisors.” White v. Graceland, supra. White filed a motion to compel Graceland and the other defendants in the case to produce documents and information “related to certain electronic documents” and to “allow her computer expert to verify the accuracy of the system clocks of the computers that created” email attachments at issue in the case. White v. Graceland, supra.

We’re only concerned with the aspect of the motion to compel that dealt with the clocks. Here’s how the federal judge summarized the reason for her concern with them:

[White] retained a computer expert to analyze these emails to determine the creation dates. The expert concluded . . . that drawing any definitive conclusions was not possible without more information, such as knowledge of the circumstances under which the files were collected, verifying the accuracy of the computer's system clock, and examination of the residual data on the computer creating the files. . . . The report also stated that to accurately determine when the documents in question and associated emails were created, it was necessary to conduct a forensics analysis of the computer that created the documents and emails.

White v. Graceland, supra. As noted above, White wanted her expert to verify the accuracy of the clocks on these computers. The defendants argued that letting her expert

review the system clocks would be futile. They point out that a computer's system clock is part of a computer's motherboard. As such, they have no way of determining whether the current motherboard in the computers is the same motherboard that was present in 2004. Plaintiff's . . . expert does not suggest that he has the ability to determine how a system clock was set in 2004.

These are only a few of the "clock" cases I found. Maybe I'll do a follow-up post at some point, on some of the others.

Hearsay? I could have sworn I remembered learning in Evidence that Hearsay has to be some sort of statement from a person, since one of the problems with hearsay is the fact that the party making the statement could not be cross-examined.
I see the court agrees with me, but that seems like a ridiculous argument.