Emails, Murder and the Physician-Patient Privilege 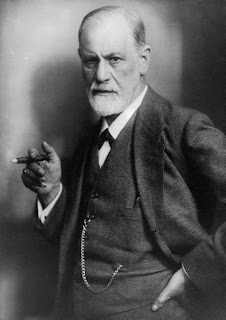 This post is about whether the physician-patient privilege applied to emails that were evidence in an Ohio murder case. As a Michigan court explained, the purpose of the “privilege is to protect the confidential nature of the physician-patient relationship and to encourage the patient to make a full disclosure of symptoms and conditions.” Domako v. Rowe, 438 Mich. 347, 475 N.W. 2d 30 (Michigan Supreme Court 1991).

The case we’re concerned with is State v. Adams, 2009 WL 4725981 (Ohio Court of Appeals 2009). In July of 2003, a Scioto (Ohio) County grand jury indicted John Adams on “one count of murder, one count of aggravated burglary, and three counts of kidnapping.” State v. Adams, supra. At trial, the prosecution presented evidence establishing this

version of events. Adams had a sexual relationship with Mrs. [Michelle] Burns, [wife of Bobby Burns,] when she was his psychiatric patient. Adams learned that the Burns were considering legal action in relation to his conduct. On July 2, 2003, he entered the back door of the Burns's home, without their knowledge and with a gun, and searched for the couple. He found them in an upstairs bathroom-Mrs. Burns was in the bathtub while Mr. Burns sat on the commode. Adams shot Mr. Burns. When Mrs. Burns tried to escape the house, Adams slammed her against a wall and threatened her with a gun.

After Mrs. Burns ran to a neighbor's house, Adams fled the scene in his van. He later parked the van and proceeded on foot until he approached [Cynthia] Gray and [Amanda] Conkel. Adams told the women he just shot a man and held the women at gunpoint as he instructed them to go to their vehicle. As the women drove Adams to Kentucky, he told them he was having an affair with the woman whose husband he shot. After police captured Adams, he confessed twice to them that he shot Mr. Burns.

Adams attempted to argue at trial that Mrs. Burns shot her own husband, that Mrs. Burns's account of Adams kidnapping her was not credible, and that Gray and Conkel voluntarily drove him to Kentucky. The jury found Adams guilty on all counts except for the charge of kidnapping Mrs. Burns. . . . Adams filed this appeal.

Apparently because he wanted to show that Michelle Burns had killed her husband, Adams subpoenaed her to testify. State v. Adams, supra. In response, she

asserted the physician-patient privilege . . . to prevent Adams from revealing details of her treatment with him. The court allowed Adams to elicit testimony from Mrs. Burns that he diagnosed her with multiple personality disorder but otherwise prevented him from cross-examining her on this topic. Adams contends that the trial court erred by . . . excluding from evidence purported email communications between him and Mrs. Burns; . . . [and] refusing to let him cross-examine Mrs. Burns regarding these emails and other communications between them. . . .

not apply because (1) the emails themselves were not communications related to medical treatment but were `correspondence between two adults in a consensual relationship’; (2) even if the emails and any other communications between him and Mrs. Burns were related to her treatment, Mrs. Burns waived her right to assert physician-patient privilege by . . . filing civil lawsuits against him `alleging physical and/or mental injuries’; and (3) the physician-patient privilege does not apply in this action based on [Ohio Rev. Code § 2317.02(B)(1)(d)].

The Court of Appeals did not address the first two arguments because it found that even if (i) the physician-patient privilege applied to the emails and (ii) Mrs. Burns had not waived it, the statute applied and eliminated her right to rely on the privilege. State v. Adams, supra. Ohio Revised Code § 2317.02(B)(1)(d) says that the physician-patient privilege “does not apply” in

any criminal action against a physician or dentist. In such an action, the testimonial privilege established under this division does not prohibit the admission into evidence, in accordance with the Rules of Evidence, of a patient's medical or dental records or other communications between a patient and the physician or dentist that are related to the action and obtained by subpoena, search warrant, or other lawful means.

The rationale for the crime-fraud exception is closely tied to the policies underlying the attorney-client privilege. Whereas confidentiality of communications facilitates the rendering of sound legal advice, which is to be encouraged, it cannot be said that advice in furtherance of a fraudulent or unlawful goal is sound, nor is it to be encouraged. Rather, advice in furtherance of such goals is anathema to our system of justice; hence, a client's communications seeking such advice are not worthy of protection. . . .

I’m really not sure what the premise of the Ohio statute is. It looks like it to some extent incorporates the approach many state courts have taken when “a criminal defendant seeks to assert a privilege on behalf of a victim whose injuries and resulting need for medical treatment were caused by the defendant’s actions.” State v. Miles, 211 Ariz. 475, 123 P.3d 669 (Arizona Court of Appeals 2005). Courts have found that in this situation, even if the privilege applies, a “defendant does not have standing to assert [it] on the victim’s behalf in an attempt to shield himself . . . from prosecution.” State v. Miles, supra. As another source puts it, courts have held that a defendant in this situation “has no right to” invoke the privilege because it “is personal to the victim”. 81 American Jurisprudence 2d, Witnesses § 465. That theory may be to some extent responsible for this statute, but it certainly didn’t apply here; the patient was trying to invoke the privilege and the defendant, Adams, was trying to say it didn’t apply.

And he failed: The Court of Appeals held that the trial court erred in finding that Ohio Revised Code § 2317.02(B)(1)(d) did not apply here. State v. Adams, supra. (The opinion doesn’t explain why the trial court judge reached this conclusion.) The Court of Appeals explained that “the language of the statute is clear . . . in that it applies `[i]n any criminal action against a physician.” State v. Adams, supra. Since this was a criminal action against a physician, the statute consequently applied.

That, though, didn’t end the matter. Section 2317.02(B)(1)(d) applies when the case is a criminal case AND the evidence sought to be admitted (i) consists of a patient's medical or dental records or other communications between the patient and the physician (ii) that are related to the action and (iii) were obtained by subpoena, search warrant, or other lawful means. The emails Adams wanted to admit clearly constituted communications between him and his patient, Mrs. Burns, and we’ll assume they were obtained by subpoena or “other lawful means.”

Adams’ problem lay in the second of those requirements. The Court of Appeals found he did not establish that the emails he wanted to introduce were “related” the facts and law at issue in the case:

Adams claims his communications with Mrs. Burns are `related to the action,’ and thus admissible under the statute, because (1) they implicate her as the murderer by showing Adams's confession was contrived to protect her from a possible suicide attempt, and (2) they cast doubt on her ability to accurately view and relate the circumstances surrounding her husband's murder. However, the only communications Adams proffered for the record were over 40 emails purportedly exchanged between him and Mrs. Burns. Adams makes no effort to analyze these emails or explain how their contents relate to this case, particularly in light of the fact that the last message was sent in January 2002 and the majority of the messages were sent in 1999 and 2000-several years before the July 2003 murder. Therefore, Adams failed to satisfy the statute's relevancy requirement.

Adams also argued that the trial court erred in not letting him use the emails to cross-examine Michelle Burns as to whether her “diagnosed personality disorder constituted a defect of capacity, ability or opportunity to observe [or] remember”. Ohio Rule of Evidence 606(B) says a witness’ testimony can be impeached by showing such a defect “by examination of the witness or by extrinsic evidence”, like emails. In ruling on this issue, the Court of Appeals noted that since “Mrs. Burns was the sole witness to the murder, the trial court arguably abused its discretion by refusing to let Adams inquire about her ability to observe, remember, or relate information”, but it found the record showed that his attorney “thoroughly questioned Mrs. Burns on inconsistencies in her account of the events surrounding the murder.” State v. Adams, supra. The court also found that the error was harmless (i.e., didn’t affect the outcome) “in light of the overwhelming evidence of his guilt on the aggravated burglary and murder charges.” State v. Adams, supra.

The Court of Appeals rejected all of Adams’ arguments on appeal except his challenge to the sentences imposed on him; the court found error in sentencing and remanded for resentencing.. State v. Adams, supra. Since the decision issued on December 8, he probably hasn’t been resentenced yet. The opinion doesn’t say what the sentence was, but a news story says it was “at least 26 years in prison”. The story also says Adams was an Associate Professor of psychiatry at Marshall University in Huntington, West Virginia until his contract expired in June of 2003, and was 60 years old in 2004, when he was convicted.

(Oh, and the statute applied even though Adams wasn’t practicing traditional, physical medicine: Under Ohio law, psychiatrists “are treated like other medical doctors for purposes of the physician-patient privilege.” Thompson v. Chapman, 176 Ohio App.3d 334, 891 N.E.2d 1247 (Ohio Court of Appeals 2008).)