Unlawful Posting of Criminal Activity for Notoriety and Publicity 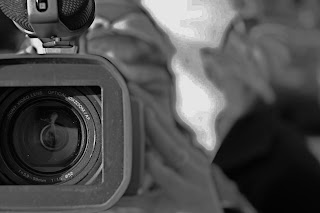 This spring I'm teaching a class in which students research cybercrime laws in various states.

One of the states they're working on this term is Louisiana. A student working on Louisiana law came across a statute that creates a crime I’ve not heard of before: unlawful posting of criminal activity for notoriety and publicity.

Here’s how the statute defines the crime:

It shall be unlawful for a person who is either a principal or accessory to a crime to obtain an image of the commission of the crime using any camera, videotape, photo-optical, photo-electric, or any other image recording device and to transfer that image obtained during the commission of the crime by the use of a computer online service, Internet service, or any other means of electronic communication, including but not limited to a local bulletin board service, Internet chat room, electronic mail, or online messaging service for the purpose of gaining notoriety, publicity, or the attention of the public.

As Wikipedia explains, a principal is the person who actually commits a crime. So if John Doe robs a liquor store, he’s the principal (and the only principal) in that crime. An accessory is someone who helps the principal commit the crime; so if Jan Smith lends Doe the gun he uses to rob the liquor store, knowing that’s what he’s going to use the gun for and intending to assist him in committing the robbery, she’s an accessory to the crime he actually committed. In the U.S., anyway, accessories are usually subject to essentially the same punishment as their principals; the premise is that the accessory’s contribution to the commission of the crime justifies treating her or him basically as another principal.

So under this Louisiana statute, it’s a crime for the person who commits a crime or for someone who assists a person in committing a crime to take an image of the crime and then send it out over the Internet “for the purpose of gaining notoriety, publicity, or the attention of the public.” Louisiana Statutes § 14:107.4(A). The penalty for the crime is a $500 fine or imprisonment for “not more than six months, or both.” Louisiana Statutes § 14:107.4(B).

The statute also says that its provisions do not apply to any of the following:

(1) The obtaining, use, or transference of such images by a telephone company, cable television company, or any of its affiliates, an Internet provider, or commercial online service provider, or to the carrying, broadcasting, or performing of related activities in providing telephone, cable television, Internet, or commercial online services or in the production, exhibition, or presentation of an audiovisual work in any medium, including but not limited to a motion picture or television program.

(2) The obtaining, use, or transference of images by a law enforcement officer pursuant to investigation of criminal activity.

(3) The obtaining, use, or transference of images by any bona fide member of the news media broadcasting a news report through television, cable television, or other telecommunicaton.

(4) The obtaining, use, or transference of images for use in a feature-length film, short subject film, video, television series, television program, public service announcement, or commercial.

I can’t find any news stories or legislative materials that tell me why the Louisiana legislature thought it necessary to create this new crime. And I can’t find any similar statutes in other states.

I’m therefore pretty much at a loss as to why the legislature adopted this statute. As I’ve noted before, substantive criminal statutes like this one – statutes that define particular crimes – are adopted because the government finds it necessary to prohibit activity that inflicts certain types of “harm.”

The “harms” criminal statutes go beyond the kind of harm that becomes the focus of civil suit; if I accidentally run into your car and seriously damage it, you can sue me for the harm I inflicted on your car. The law assumes that this level and type of harm can be adequately addressed by letting the parties litigate over who’s responsible and who has to pay for the damage. The law also assumes that the risk of being sued is enough to deter most people from causing damage to other people’s property when they can avoid doing so. That, in turn, is assumed to keep the inadvertent infliction of lesser types of harm under control in a society.

Criminal law has always been concerned with the really serious “harms,” the ones that can undermine the stability of a society. As I’ve noted elsewhere, a society (tribe, empire, nation-state, etc.) cannot survive and prosper if its citizens are free to pretty on each other; perhaps I should say, if its stronger, meaner citizens are free to pretty on the weaker and/or nicer citizens.

The Louisiana statute quoted above is a substantive criminal statute, which means it necessarily targets a type of “harm” that cannot be adequately addressed with civil liability. I can see the “harm” it is intended to target: If a killer were to film himself committing murder and then post the video online where the victim’s family could see it, that should inflict substantial emotional distress on them. They would, in effect, also become the killer’s victims . . . secondary victims, basically. That is, while they would not suffer physical injury or death at the killer’s hands, they would suffer substantial emotional distress . . . which is certainly a type of “harm.”

As I explained in my Fantasy Crime article, criminal law has not historically addressed emotional “harm,” which I call soft “harm.” It’s historically been concerned with the infliction of serious physical “harm” on people (e.g., rape, murder, battery) and on property (e.g., arson, theft, burglary). As I also explain in the article, criminal law has, for about the last two decades, been expanding its scope so it is increasingly encompassing soft “harms.” Modern stalking and harassment laws are good examples of crimes that target the infliction of soft “harms.”

So, I assume the Louisiana statute is targeting the infliction of emotional distress – soft “harm” – on people who either are the victim of the crime being filmed or are emotionally tied to the victim. I suppose I should expand the definition of the soft “harm” to include property crimes as well as people crimes; if someone were to burn a person’s home and then post video of the acts constituting the arson and the consequent fire that destroys the home, that would inflict soft “harm,” I think.

If I’m right and if that is the type of “harm” (or maybe “harms”) the statute is intended to target, I still don’t understand one thing: why the statute makes it a crime only if the principal or accessory posts the image or video “for the purpose of gaining notoriety, publicity, or the attention of the public.” Maybe that factors into the soft “harms” I’m speculating about because by gaining notoriety, etc., the perpetrator increases the level of soft “harm” he or she inflicts on those who suffer emotional distress because of the posting of the image or video.

Or maybe not. Maybe I’m reading too much into the statute.
Posted by Susan Brenner at 6:33 AM

Man on the Street said...

I have not seen it lately in the news or read about it, but two years ago or so there was a rash of criminal activity, usually gang related where a crime was committed and friend of the principle actor video taped it and then posted it online to brag about the activity.

Thanks for bringing it up.

In Montevideo, Uruguay, Southamerica, a few young men burned a homeless one and filmed it with a cellphone

Presumably it was to upload to the internet

In some countries, skinhead neo nazis gangs filmed the beating of dark people and uploaded it to their webs

maybe thats the spirit of that law, to prevent those activities or the SNUFF films

You're probably right, both about the two cases you mention and the snuff film issue.

I've noted elsewhere that we could prosecute those involved in creating a snuff film for the murder it records, but you make a good point. This would be an added charge, one that captures the added harm they caused.