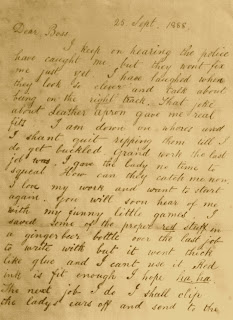 The federal system and all of the states state have rules that are used to determine when evidence can be admitted, and all of them deal with authentication. Rule 901(1) of the Federal Rules of Evidence, for example, says that the “requirement of authentication” of evidence “is satisfied by evidence sufficient to support a finding that the matter in question is what its proponent claims.” Rule 901(4) of the Federal Rules of Evidence says one way evidence can be authenticated is by using its “[a]ppearance, contents, substance, internal patterns, or other distinctive characteristics, taken in conjunction with circumstances.”
And again, all the states have essentially identical provisions.

This post is about a particular application of the “distinctive characteristics” method of authenticating evidence. The issue we’ll be dealing with came up in Varkonyi v. State, 276 S.W.3d 27 (Texas Court of Appeals 2008). This is how the case began:

In July 2004, David Bazan and John Robert Armendariz, El Paso police officers, participated in an undercover operation involving [Varkonyi]. The investigation began when the police received information that a female student at El Paso Community College had applied for a job offered by [Varkonyi] but when she went to his home, he solicited her . . . to be featured on a pornographic website. Bazan . . . and Armendariz. . . .contacted [Varkonyi] and pretended to be customers who wanted assistance in developing a website involving cameras and pictures. They went to [his] home, spoke with him about launching the website, and explained that they wanted him to work as a consultant in setting up the computers and cameras. They also asked [Varkonyi] to show them how to operate the computer and the cameras. [Varkonyi] quoted them a fee for these services. Initially, they did not tell [him] they wanted to set up a pornographic website but [Varkonyi] asked several times what the website would involve. Finally, Armendariz asked [Varkonyi] if he objected to pornography.

Varkonyi said he did not object to pornography and proceeded to show the undercover officers “various images on his computer,” including one involving bestiality. Varkonyi v. State, supra. A week after this meeting, Armendariz, “using an address he set up as part of his undercover identity,” sent Varkonyi this email:

I'm just keeping in touch. . . . We're still working out the financial situation . . .but we are still moving forward with the plan. I'm still looking at an all Latina site with member wish list on videos and pics. . . . I've been looking at several sites to get ideas. By the way I've been searching for the . . .movie you showed us and wondering where you found it or if you can send me files. I have a girl I'd like to introduce you to . . . and we'll talk some trade offs at a later time. Can you give me a quote on a website construction base on the information I gave to you? And can we [illegible] another meeting at your best chance to talk some more ideas? If [illegible] would like we can meet at a club and get some drinks and see some ladies and get some more contacts.

Varkonyi v. State, supra. Armendariz then gets this email from Varkonyi’s email address:

I can't really quote you on the cost of designing your website without more specific info on what exactly you wish to show on each page, how different links/pages to determine bandwidth and space required number of DNS (Domain Names) you will want to use. Each name will have [illegible] registered and renewed yearly about $20/name. Monthly fees for [illegible] hosting and upkeep can be $30-$100/months plus shopping cart fees, depending on what you will choose to host. I attached one clip of the Pony enjoying himelf, on good faith. [illegible] can have more when I get to enjoy one of the ladies you offered to introduce to me. You can call me anytime for more info or to set-up another meeting.

In ruling on his argument, the Texas Court of Appeals noted that Texas’ version of Federal Rule of Evidence 901(1) permits evidence to be introduced if it is authenticated under the “distinctive characteristic” principle included in Federal Rule of Evidence 901(4). The Texas Court of Appeals then noted how the “reply-letter doctrine” fits into the “distinctive characteristic” principle of authentication:

[A] letter is properly authenticated under [Texas Rule of Evidence] 901(b)(4) if its appearance, contents, . . . or other distinctive characteristics, taken in conjunction with circumstances, support a finding that the document is what its proponent claims. . . . The Texas Rules of Evidence Handbook identifies [a] traditional method of authentication . . . known as the `reply-letter doctrine.’ . . . [A] letter received in the due course of mail purportedly in answer to another letter is prima facie genuine and admissible without further proof of authenticity. . . . A reply letter needs no further authentication because it is unlikely that anyone other than the purported writer would know of and respond to the contents of the earlier letter addressed to him. . . . Because the reply-letter doctrine has been applied to telegrams, [the author of the Handbook] reasons that it logically would apply to e-mail communications. . . .

The Court of Appeals explained that the prosecution had used the reply-letter (or reply-email) doctrine to authenticate Varkonyi’s email and its attachment:

Armendariz testified . . . he received the e-mail and attached video from [Varkonyi] in direct response to an e-mail sent by Armendariz to [Varkonyi] inquiring whether [Varkonyi] would send him the `horse movie’ file. Under the reply letter doctrine, the e-mail is authenticated. . . . The evidence . . . established that [Varkonyi] showed the bestiality video to the officers in his home. In his e-mail sent to [Varkonyi’s] e-mail address, Armendariz stated he had been searching for the horse movie `you showed us’ and asked whether Appellant would either tell him where he found it or send him the file. In direct response to this e-mail, Appellant replied, “I attached one clip of the Pony enjoying himself. . . . Armendariz expressly testified that he received the e-mail with the attached video and the officers identified the video attached to the e-mail as the same one shown to them in Appellant's home. [Varkonyi] was in a unique position of knowing that Armendariz's inquiry about the `horse movie’ concerned the bestiality video seen when the officers were at [Varkonyi’s] home.

The Varkonyi case is the only reported case I can find that specifically upheld the use of the reply-letter doctrine to authenticate email. An Illinois court addressed the issue after a fashion in People v. Downin, 357 Ill.App.3d 193, 828 N.E.2d 341 (Illinois Court of Appeals 2005). In arguing that emails were improperly admitted at his trial, Downin claimed that “the characteristics of e-mails preclude the application of standards used to authenticate reply letters”. People v. Downin, supra.

Instead of directly addressing that issue, the Illinois Court of Appeals found that “the similarities between the two offer guidance in determining the authenticity of the e-mail copies” at issue in the Downin case. People v. Downin, supra. In Downin, a deputy suggested to the victim that she send an email to Downin from the public safety building, presumably to provide a basis for invoking the reply-letter doctrine at trial. People v. Downin, supra. She did, using the email address she had used on

all prior occasions. Jennifer testified she received a reply from Downin's e-mail address at her e-mail address, the same address Downin had previously used to communicate with her. The reply e-mail was responsive to the e-mail Jennifer sent and she testified it contained information known exclusively to her and Downin.

Of course the reply-letter presumption that email is private and not viewable by others when crossing the internet is wrong.

In the later 1990s and early 2000s millions of folk found their email hacked to send spam and viruses as if they were the originator. Often subject lines and even initial lines of the body were copied for fake replies. This situation has not really changed but only the detection of harmful automatic code advanced.

This is why the government and other security conscious group emphasize encryption of data being passed by internet.

truthful most courts either lack the expertise -- or pretend ignorance of such issues in pursuit of someone they are sure is guilty. I suspect some courts outright suppress some legitimate appeals in a effort to avoid opening a very difficult can of technological worms.

Unfortunately most defense layers
are even more ignorant of electronic data issues.

Prosecution and law enforcement should look more toward guiding online prosecution toward means which apply digital signatures and sequence numbers or dates to information at both ends of undercover work. Such means can ensure that the messages have not been alters and were at lest sent from the specific computer in question -- although not necessarily without viral or remote control submission.