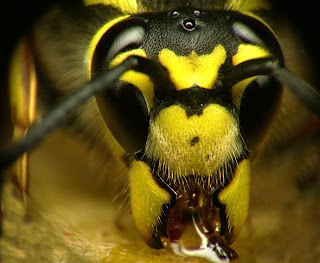 This post is basically about stings -- the ruses police use to catch people who are committing a crime. I got a question from someone who was curious about the use of “stings” in the online context. He wondered if it’s legal for an officer to go into a chat room or use some other online resource to engage in conversation with someone while pretending to be a child or a parent of a child who’s offering the child for sex.

Many people, I suspect, think it is illegal for officers to trick people in order to gather evidence of a crime (or, as some argue, to create the conduct that’s later charged as a crime). It isn’t.

This post is about why it isn’t illegal for law enforcement officers to do this . . . or for private citizens to do it and then take the evidence to law enforcement. To explain that, I’m going to use the facts in U.S. v. Morris, 549 F.3d 548 (U.S. Court of Appeals for the Seventh Circuit 2008). Here they are:

In October of 2007 [Morris] attempted to contact a minor at the minor's MySpace page. The minor's mother, Mrs. [X], responded to this unwelcome development by creating her own MySpace page, in which she pretended to be a 15 year old named `Kandice’ (not her daughter's name). On October 22, [Morris] began emailing `Kandice’ and they began chatting online on almost a daily basis. He asked her to have sex with him, and she agreed. On November 2, Mrs. [X] reported him to the FBI. Two days later he bought a bus ticket for `Kandice’ to travel to meet him, and mailed it to her. The FBI picked up the ticket and assumed `Kandice's’ identity and continued the online chats. On November 19 . . . the Bureau arrested [him].

U.S. v. Morris, supra. Morris was charged with attempting to transport a minor across state lines to engage in illegal sexual conduct in violation of 18 U.S. Code § 2423. He pled guilty but reserved his right to challenge the district court’s refusal to dismiss the charges against him.

Morris argued that the charges should be dismissed because “the person he thought was a minor was neither a minor nor a law enforcement officer posing as one but was instead a private citizen.” U.S. v. Morris, supra. The Court of Appeals rejected the first part of his argument, noting that “case law uniformly holds that the fact that a defendant is mistaken in thinking that the person he is trying to entice is underage is not a defense to a charge of attempted illegal sexual contact with a minor.” U.S. v. Morris, supra.

The reason the law takes this position is that a defendant in this situation has shown he has the capacity to commit the crime and would have committed it, but for circumstances beyond his control; the theory is that since he’s demonstrated that he’s dangerous, it’s appropriate to punish this defendant to discourage him from doing the same thing again and to discourage others from doing the same thing.

The Court of Appeals then addressed the other issue Morris raised: the fact that he was the victim of a sting run by a private citizen, not by a police officer. It noted that there is a

legitimate concern with vigilantism -- with private citizens conducting stings without the knowledge or authorization of the authorities. The vigilantes' aim might be to blackmail any offender whom they detect rather than to turn him over . . . for prosecution. . . . But stings, including private ones, must be distinguished from entrapment. Stings are schemes for getting a person who is predisposed to criminal activity to commit a crime at a time or place in which he can be immediately apprehended; they are an essential tool of law enforcement against crimes that have no complaining victim.

Entrapment refers to the use of inducements that cause a normally law-abiding person to commit a crime, and is a defense when the entrapment is conducted by law enforcement officers. . . .`For . . . targets of stings all that must be shown to establish predisposition and defeat the defense of entrapment is willingness to violate the law without extraordinary inducements. . . .'

U.S. v. Morris, supra. If the sting that caught Morris had been conducted by a law enforcement officer, he could have argued that he was entrapped, which is a defense to a criminal charge. To show he was entrapped, Morris would have had to show he was not predisposed to commit the crime, i.e., was neither interested in nor willing to violate the law without the government’s using “extraordinary inducements” to get him to do so. Defendants usually have a hard time making this showing, but some do succeed.

In Jacobsen v. U.S., 503 U.S. 540 (1992) the U.S. Supreme Court reversed Jacobsen’s conviction for receiving child pornography because it found the government had not rebutted his defense of entrapment. In 1984, Jacobsen, “a 56-year-old veteran-turned-farmer who supported his elderly father in Nebraska, ordered two magazines . . . from a California adult bookstore.” The magazines were entitled “Bare Boys I and Bare Boys II and “contained photographs of nude preteen and teenage boys. The contents . . . startled [Jacobsen], who . . . expected to receive photographs of `young men 18 years or older.’” U.S. v. Jacobsen, supra. The boys in the magazines “were not engaged in sexual activity and [his] receipt of the[m] was legal under” federal and Nebraska law. Three months later, Congress made the “receipt through the mails of sexually explicit children a crime.” U.S. v. Jacobsen, supra.

Postal inspectors found Jacobsen’s name on the mailing list of the bookstore that sent him Bare Boys I and II and for 34 months postal inspectors unsuccessfully bombarded him with mail offering to let him order child pornography. The Customs Service made its own, unsuccessful attempt at that point, followed by yet another effort from the Postal Service. This time Jacobsen ordered Boys Who Love Boys and was arrested “after a controlled delivery" of the magazine. U.S. v. Jacobsen, supra. When asked at trial why he ordered the magazine, Jacobsen said, “the statement was made of all the . . . hysteria over pornography and I wanted to see what the material was. . . . I didn’t know for sure what kind of sexual action they were referring to”. U.S. v. Jacobsen, supra.

He relied on the defense of entrapment at trial, but lost. The U.S. Supreme Court found that the government failed to prove beyond a reasonable doubt that Jacobsen had been predisposed to order child pornography:

Petitioner's ready response to these solicitations cannot be enough to establish beyond reasonable doubt that he was predisposed, prior to the Government acts intended to create predisposition, to commit the crime of receiving child pornography through the mails. The evidence that petitioner was ready and willing to commit the offense came only after the Government had devoted 2 1/2 years to convincing him that he had or should have the right to engage in the very behavior proscribed by law. Rational jurors could not say beyond a reasonable doubt that petitioner possessed the requisite predisposition prior to the Government's investigation and that it existed independent of the Government's many and varied approaches to petitioner. As was explained in Sherman, . . . `the Government [may not] pla[y] on the weaknesses of an innocent party and beguil[e] him into committing crimes which he otherwise would not have attempted.’

Because. . . the prosecution failed, as a matter of law, to adduce evidence to support the jury verdict that petitioner was predisposed, independent of the Government's acts and beyond a reasonable doubt, to violate the law by receiving child pornography through the mails, we reverse the . . . the conviction of Keith Jacobson.

U.S. v. Jacobsen, supra. To prevail on an entrapment defense, Morris would have to show his situation was analogous to that of Jacobsen. From the few facts we have, it appears he would have had a difficult time doing that, but his point was that he should have had the opportunity to try. Morris claimed he should not be prevented from raising entrapment simply because the sting was not run by a law enforcement officer.

The Court of Appeals didn’t buy his argument. It explained that there is no “defense of private entrapment.” U.S. v. Morris, supra. The court also noted that private stings have become much more significant in the online world than they are in the real world:

[W]e read that `the inexpensive, relatively invisible nature of [Internet sting operations] . . . permits private entrapment to become rampant, which is not the case in off-line settings. . . . On-line vigilantism against pedophiles has taken on unexpected proportions. Traditional entrapment rules do not allow consideration of “private entrapment.” Individuals . . . induced or set up by anyone besides a state agent cannot raise an entrapment defense to criminal charges. Historically this was not a problem because most individuals, even if they had the motivation to entrap others, did not have the resources to orchestrate a sting while protecting themselves from retaliation if caught. Private entrapment was therefore a rare occurrence. The Internet has changed this, for better or worse, at least for the crimes perpetrated partly on-line.’ Dru Stevenson, Entrapment by Numbers, 16 U. Fla. J.L. & Public Policy 1, 70 (2005).

[I]f the law wants to deter private sting operations, . . . the way to do that is `by imposing criminal liability on private parties who encourage crimes . . .’ rather than by letting another guilty person -- the object of the successful sting -- get away with his crime. Just as there is no defense of private entrapment, so there is no exclusionary rule applicable to evidence obtained improperly by private persons. . . .

So if you're the victim of a government sting, you might be able to use entrapment as a defense, but you're going to have to show, essentially, the the idea of committing the crime originated with the government, not you. If you're the victim of a private sting, under this decision, anyway, you can't raise the defense of entrapment . . . but you may be able to get the stinger prosecuted if he or she violated the law by, say, sending you child pornography.
Posted by Susan Brenner at 7:40 AM

It seems to me that this case would have some bearing on whether the use of honeypots was considered entrapment. I've always believed that they were not, though many believe they are.

The use of honeypots seems to fit the explanations in the Morris case about predisposition to commit a crime vs. inducing someone to commit a crime. I can't see how running a honeypot to monitor activity would induce someone to break into it. The intruder (usually) would be looking for systems to intentionally infiltrate.

In either case I don't see the honeypot as being entrapment, especially after reading this.