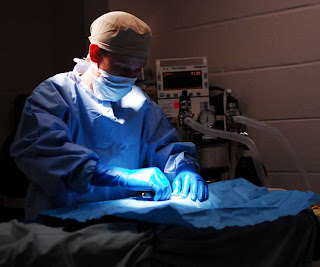 After a jury convicted her of “computer crime and theft” in violation of Kansas law and was sentenced to a term of probation, Pamela Sue Hall appealed, on one particular issue.  State v. Hall, __ P.3d __, 2013 WL 3242252 (Supreme Court of Kansas 2013).  (The opinion does not say what statutes the charges were brought under, but I assume the computer crime charge was brought under Kansas Statutes §21-3755(b)(1) and the theft charge was brought under Kansas Statutes §21-3701.)
The trial judge then sentenced Hall to 16 months in prison but instead of requiring Hall to serve the sentence, he put her on probation for 18 months, “a condition of which was to pay $14,293.11 restitution to the Hardins.” State v. Hall, 45 Kan.App.2d 290, 247 P.3d 1050 (Kansas Court of Appeals 2011). (Hall first appealed to the Kansas Court of Appeals, won on an issue and the state then took the case to the Kansas Supreme Court, which is why there are two opinions.)
As to how the charges arose, the Kansas Court of Appeals, explained that

Dr. Marc and [his wife] Beverly Hardin initially hired Pamela Sue Hall to work as a veterinary technician at their Metcalf 107 Animal Clinic (the Clinic), but  soon realized she lacked the necessary skills for working with animals and limited her to clerical duties. Those duties included scheduling appointments, billing, and data entry from inventory orders using the Clinic's AVImark computer software system, which Hall already knew how to use.

The Clinic had a policy of providing discounted veterinary care and products for employees' pets with the understanding that the employees would pay their bills before receiving their next paychecks. Under this policy, Hall's pets received numerous veterinary services and products valued in excess of $1,000.

After working for the Clinic about 2 months, Hall called Sue Hardin at home late one evening in March 2008 and emotionally pled for an early advance on her paycheck so she could fly to Florida to see her mother, who Hall reported was on life support after suffering a debilitating stroke. Out of empathy and based on Hall's stated plans to return, the Hardins did not verify whether Hall had any outstanding bills before advancing her paycheck.

When a Florida veterinarian later contacted the Clinic's receptionist about refilling Hall's pet's prescription diet, she could not find Hall's pets' records, so the Hardins began to suspect Hall was not returning from Florida after all. Thus, they decided to further investigate Hall's clerical activities at the Clinic.An audit of Hall's clerical activities on the AVImark system revealed Hall had made numerous improper entries.

For example, the Hardins discovered Hall had made changes to inventory counts, overrode product prices, and deleted her pets' medical histories and the outstanding bills for their services on the AVImark system. The Hardins were also unable to locate Hall's pets' x-rays or soap sheets, which were Dr. Hardin's handwritten charts of the care he provided the animals.

As part of his investigation, Jordan called and spoke to Hall, who denied or offered innocent explanations for the Hardins' allegations against her. For example, Hall admitted she had taken some merchandise from the Clinic without paying, but said she kept a list of the merchandise and left a note behind. Hall explained that she assumed the Clinic would bill her for the items when they billed her for her pets' services.

Hall denied that she deleted her pets' records or bills or otherwise altered the AVImark system. Rather, she thought any inventory count inconsistencies probably resulted from an inventory reconciliation she worked on with Dr. Hardin.Jordan followed-up with the Hardins regarding Hall's explanations. Dr. Hardin denied ever working with Hall on inventory. The Hardins also denied they knew Hall was taking merchandise, that they ever found a sticky note for items she had taken, or that they allowed Hall to run a tab for merchandise.

Defense counsel also established that there were three specific occasions when, after [Hall] left her employment, a customer attempted to purchase something but was unable to do so because it was missing. The profit on these three items, had the clinic been able to sell them, would have totaled $70.

the trial court erroneously ordered her to pay the Hardins the retail value of the inventory, which resulted in a windfall to the Clinic. Hall maintains that she should have to pay restitution only for the Clinic's actual cost for the inventory.

State v. Hall (Court of Appeals), supra.  The Court of Appeals agreed with Hall, and so remanded the case to trial judge to “redetermine the amount of restitution” based on the inventory’s fair market value.   State v. Hall (Court of Appeals), supra. The appeal to the Supreme Court followed.
That court began its analysis of the issue by noting that Kansas Statutes § 21-4610(d), which authorizes acourts to grant restitution, says the judge can order the defendant to “[m]ake . . . restitution . . . for the damage or loss caused by the defendant's crime, in an amount” determined by the judge.  State v. Hall, supra.  It also noted that it reviewed the trial judge’s determination of the amount of restitution due the Hardins under an abuse of discretion standard.  State v. Hall, supra.  It explained that

State v. Hall, supra.
The Supreme Court then pointed out that the state’s restitution statute does not

require a sentencing judge to rely on wholesale cost rather than retail value in fashioning a restitution award in a theft case such as this. To the extent the Court of Appeals' opinion holds otherwise, it grafts requirements onto the statute that are unsupported by its language, and it impermissibly curtails the discretion liberally granted by our legislature.
We hereby reject any notion that the statute provides a hard and fast measure for setting the value of the loss. The question at the heart of this appeal cannot be resolved as a matter of law. Determining the value of an aggrieved party's loss raises an issue of fact.

State v. Hall, supra.
It then turned to the issue in this case, noting that the measure of restitution to be

ordered is the amount that reimburses the victim for the actual loss suffered. . . . This is loss `caused by defendant's crime.”  Kansas Statutes § 21–4610(d)(1).In property crime cases, Kansas courts have consistently held `fair market value to be the usual standard for calculating `loss or damage’ for purposes of restitution. State v. Baxter, 34 Kan. App.2d 364, 118 P.3d 1291 (Kansas Court of Appeals 2005).  The fair market value of inventory is the price that a willing seller and a willing buyer would agree upon in an arm's length-transaction. . . .  But the concept of fair market value is a sticky wicket, unpredictable in practice because it is entirely relative, depending on who is doing the buying and who is doing the selling. . . .

The rigid adherence to `fair market value’ oversimplifies. While the phrase may capture the best measure of loss in some cases, it may not in all. See State v. Chambers, 36 Kan.App.2d 228, 138 P.3d 405 (Kansas Court of Appeals  2006) (no discernible market value for used personal lingerie stolen from victim's home); see also State v. Maloney, 36 Kan.App.2d 711, 143 P.3d 417 (Kansas Court of appeals 2006) (if property lacks calculable fair market value, restitution amount may be based on other factors). . . .

Restitution can include costs in addition to and other than fair market value. State v. Allen, 260 Kan. 107, 917 P.2d 848 (Kansas Supreme Court 1996).  The appropriate amount is that which compensates the victim for the actual damage or loss caused by the defendant's crime.

State v. Hall, supra.
It noted that the amount of restitution ordered will

inevitably depend on a number of factors. In the context of inventory, for example, these factors might be the retail price, which includes a reasonable profit; the wholesale cost charged to the victim; the setting from which the property was taken; the nature and intended use of the property; whether a market existed for the product and how robust the market was; costs associated with an interruption to this market, which might include costs to maintain stock, electricity, labor, taxes, and shipping; the speed and ease of obtaining replacement items for sale; and any actual lost sales and any associated loss of goodwill.

This list of factors is exemplary only and not exclusive. In a different type of case, there may be entirely different factors at play.

State v. Hall, supra.
The Supreme Court concluded, then, that it focus had to be on

whether the district court judge abused his discretion on the facts before him. We conclude that he did. While the Court of Appeals would have adopted the wholesale amount, the district judge went to the opposite extreme and merely adopted the retail amount.
Both approaches suffer from a basic failure to do as the statute directs. Neither fashioned an award in the amount of the actual damage or loss caused by the defendant's crime.

State v. Hall, supra.
It then explained how that the restitution order in this case had to be vacated and the

case remanded for the district court judge to exercise the full measure of his discretion under the law, and all of the evidence before him. His goal is to set an amount that will fully compensate the victim `for the damage or loss caused by’ Hall's crime.

This will involve not only weighing the retail price and wholesale cost about which Beverly Hardin testified but her other testimony as well. Indeed, at a new hearing on restitution, the district court must weigh and consider any and all evidence presented in regard to the appropriate measure of restitutio

For instance, Beverly Hardin testified about various ways that defendant had manipulated the clinic's inventory system and the cost and lost retail value resulting from this sabotage. She also testified that, even in her retail figure, several of the missing items were priced at cost. These included inventory items not intended for resale but for use in the clinic, such as suture materials.

Some items qualified as both inventory and supplies; a box of 1,000 syringes, costing the clinic $528.96, could be sold to a client for insulin or allergy injections for approximately $2,000 retail, but the clinic routinely used such syringes for vaccines and injections without accounting for them individually or inventorying them and the cost was built in to the clinic's service charge.

Beverly Hardin also testified that there were some items of inventory that the clinic did not track or could not verify, and these were not included in her figures. For example, the company that supplied the clinic with a particular microchip and kit replaced those at no cost as the clinic used them. And a drug company provided a product for the clinic to give away to clients.

Whether such products were missing was hard to verify and their cost hard to quantify. All of this evidence and any additional evidence the district judge permits to be introduced should factor into the fashioning of an appropriate award. The burden will remain on the State to marshal the evidence necessary to justify the amount it seeks.