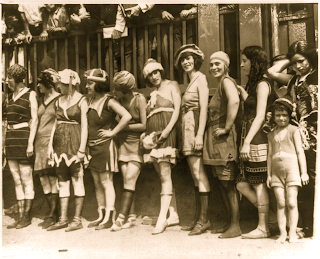 This post examines an opinion a federal district court judge recently issued in a civil case:  Miss Universe, LLP v. Monnin, 2013 WL 3328241 (U.S. District Court for the Southern District of New York 2013).  The judge begins by noting that the case involves a “dispute” between Sheena Monnin, “the former Miss Pennsylvania USA,” and  “Miss Universe L.P., LLLP (MUO), which organizes and runs the Miss USA Pageant together with one of its equity owners, Donald Trump.”   Miss Universe, LLP v. Monnin, supra.

The issue in the case is whether the judge will confirm or vacate an “Arbitration Award” entered pursuant to the Federal Arbitration Act, 9 U.S. Code § 9. Miss Universe, LLP v. Monnin, supra. As Wikipedia notes, arbitration, “a form of alternative dispute resolution, is a technique for the resolution of disputes outside the courts, where the parties to a dispute refer it to one or more persons (the `arbitrators’ . . . or `arbitral tribunal’), by whose decision . . . they agree to be bound.”

telecast for the Miss USA Pageant began on June 3, 2012, with fifty-one contestants onstage. The field . . . was quickly limited to the top 16 contestants, based upon scoring from a prior, preliminary round. During a commercial break, the women who did not advance, Monnin among them, were dismissed. . . . While waiting in the wings before returning to the dressing rooms, Monnin claims Miss Florida USA, Karina Brez, intimated that the results . . . were predetermined, stating: `I know who is going to be in the top 5.’ . . . Monnin contends Brez [said] she had seen a `paper in a notebook in the back of the stage entitled ‘final show telecast’ earlier in that day,’ in which the top 5 contestants were already listed, despite the fact that the competition had not yet proceeded to the finals.

Monnin texted Sanders, stating `this is f-ing rigged Randy,’ adding various other statements such as `I'm done. This is ridiculous’ and `It's obviously rigged so the girl they want can shine; they kept several beautiful girls out for that reason.’ . . . Monnin asserts she remained silent for the remainder of the competition, `hoping Brez would turn out to be wrong. . . . The final 5 women, however, matched those on the putative list, and the overall `winner was Miss Rhode Island USA, Olivia Culpo, just as Brez stated.’

The next morning, Monnin emailed her resignation to Sanders and sent him a text message which said

`Please check your email. I have sent you my final and unchangeable thoughts and decision. I will not change my mind or be talked out of this decision. Time will not change my decision. I consider my choice to be effective immediately.’ . . . She also added: `I will not keep quiet on this. This was not fair play.’ . . .  Monnin's resignation email to Sanders cited her disagreement with the MUO decision to permit transgendered contestants to compete in the Pageant, stating: `I refuse to be part of a pageant system that has so far and so completely removed itself from its foundational principles as to allow and support natural born males to compete in it. This goes against every moral fiber of my being.’

That same day, Monnin posted this on her Facebook page:

`I have decided to resign my position as Miss Pennsylvania USA 2012. Effective immediately I have voluntarily, completely and utterly removed myself from the Miss Universe Organization. In good conscience I can no longer be affiliated in any way with an organization I consider to be fraudulent, lacking in morals, inconsistent, and in many ways trashy. I do not support this system in any way. In my heart I believe in honesty, fair play, a fair opportunity, and high moral integrity, none of which in my opinion are part of this pageant system any longer.’

`went on a veritable media frenzy,’ with Trump stating on Good Morning America that Monnin suffered `loser's remorse,’ and MUO's counsel threatening legal action. . . . Trump also appeared on the Today Show, where he called Monnin's allegations `disgraceful,’ and noted Brez denied she had seriously contended the show was `fixed’. . . . Brez appeared on E! and confirmed Trump's account, explaining that she was only joking . . . and adding that the eventual winner, Olivia Culpo, was not on that list, and as such, the Pageant could not have been rigged.

Monnin allegedly was “`overwhelmed’” by the attacks against her “`compelled to publically respond.’” Miss Universe, LLP v. Monnin, supra.  So she appeared on the Today Show on June 8, 2012 and she repeated the comments in her Facebook

posts . . ., explaining in detail her conversation with Miss Florida. . . . In response to Curry's statement that Brez. . . had since clarified her statements, Monnin explained that `many years of psychological training’ had enabled her to discern when an individual was being truthful. . . . Monnin reiterated she was sure . . .  Miss Florida had been honest when she [said] the results of the contest were predetermined. . . .

Miss Universe, LLP v. Monnin, supra. You can read more about the events in this case in the news story you can find here.

On December 10, 2012, Arbitrator Theodore Katz issued his award, in which he reviewed the facts outlined above and other relevant facts and found that Miss Florida “clarified her statements” about the Miss USA Pageant, despite which Monnin “repeated her allegations concerning the Pageant during her Today Show interview.”  Miss Universe, LLP v. Monnin, supra.  He also found that in the period leading up to the 2012 Pageant, MOU had been “`planning to stage its 2013 Pageant on the Gulf Coast’” and “engaged in significant discussions with BP as a potential corporate sponsor, `who was prepared to pay a $5 million site fee to MUO, as a means of burnishing its corporate image’”.  Miss Universe, LLP v. Monnin, supra.

In the “wake of Monnin’s comments,” MOU resumed discussions with BP but after BP asked about “`rigging’” in the pageant and expressed other concerns, it abandoned “`the proposed sponsorship.’”  Miss Universe, LLP v. Monnin, supra. MOU “`hastily’” arranged to stage the 2013 Pageant in Las Vegas, “`where it did not receive a site fee.’” Miss Universe, LLP v. Monnin, supra.

In analyzing Monnin’s liability and the appropriate damages, Katz found she published

defamatory statements about MUO on Facebook and on the Today show. . . that . . . were factual, capable of proof, false, and `obviously harmful to MUO's business reputation.’ . . . [H]e concluded that Monnin made the statements with `actual malice.’ [He] found no breach of contract, as Monnin had already resigned by the time she published the June 5 Facebook statement and engaged in the Ann Curry interview.

Regarding damages, Katz found MUO proved it lost $5 million in the form of the BP site fee. . . He denied MUO's claims for additional damages. . . .

Miss Universe, LLP v. Monnin, supra.  (As to the importance of actual malice and reputational harm, check out Wikipedia’s entry on defamation.)

After some other procedural maneuvers, Monnin filed a motion to vacate the arbitration award, which is what this judge is ruling on. Miss Universe, LLP v. Monnin, supra.  He began is analysis of her arguments by noting that under 9 U.S. Code §10(a), a court can only vacate such an award if (i) it was procured by fraud, (ii) there was evident partiality on the part of the arbitrator, (iii) the arbitrator was guilty of misconduct for not hearing relevant evidence, refusing to postpone a hearing or “other misbehavior” that prejudiced one of the parties or (iv) the arbitrator “so exceeded” his powers that a valid award was not entered. Miss Universe, LLP v. Monnin, supra.

Monnin said the award should be vacated because Katz exceeded his powers and/or she was not given notice of the arbitration hearing and so was unable to attend, which prejudiced her. Miss Universe, LLP v. Monnin, supra.  As to the first issue, she argued the Today show interview was not included in MUO’s statement of its claim against her, and so was not properly submitted for arbitration.  Miss Universe, LLP v. Monnin, supra.

The judge began his ruling on that argument by noting that the U.S. Court of Appeals for the 2d Circuit, the rulings of which his court is bound to follow, has held that the fourth issue noted above is to be construed very narrowly.  Miss Universe, LLP v. Monnin, supra.  He noted, first, that Monnin’s comments on the Today show

were within the scope of [MUO’s] original Statement of Claim. The first allegation in the Statement of Claim is that of defamation. . . . As is common practice, the defamation claim incorporates the factual allegations of the entire Statement -- factual allegations that include the assertion that `[t]he libelous [Facebook] post concerning MUO has been republished and widely disseminated by the media in print, radio, television and via the internet.’

As to Monnin’s claim that she never received notice of the arbitration hearing which made the hearing unfair, the judge found, first, that when she signed the contract with MUO after becoming Miss Pennsylvania USA, she initialed each page of the contract, “including the page containing the arbitration clause,” and signed it, which certified that she had read it.  Miss Universe, LLP v. Monnin, supra.  He also noted that she did not “seriously contend” she was not bound by the contract’s requirement that she submit to arbitration and so moved on to the other issue.  Miss Universe, LLP v. Monnin, supra.

On December 13, a copy of the arbitration award was sent to Monnin’s lawyer, after which he sent a letter to MUO stating, among other things, that

`I do not represent Ms. Monnin with regard to this matter. I did not sign any documentation subjecting either myself or Ms. Monnin through this process. Please stop bothering me. This is annoying.’

Miss Universe, LLP v. Monnin, supra. The same day, Monnin received “correspondence” from her lawyer which said the arbitration had gone ahead “`without anyone present on your behalf’” and that since he was “`not licensed to practice law’” in New York, he could not “`give you advice on this arbitration matter.’” Miss Universe, LLP v. Monnin, supra.

The judge found that while it was “unfortunate and perhaps unfair” that her lawyer, “likely in violation of the Model Rules of Professional Conduct, failed to communicate with his client for several months, despite receiving repeated . . . status updates regarding the Arbitration,” it is “well established that notice to an attorney constitutes notice to the represented client.”   Miss Universe, LLP v. Monnin, supra.  As a result, he held that

the record establishes that Monnin received ample notice -- both actual and constructive through her counsel -- of the Arbitration proceedings. The onus was on her to inquire as to the status of those proceedings when she had heard nothing from her counsel [or] MUO . . . for several months. Moreover, Monnin's apparent objections to arbitrability could have been preserved despite her participation. Thus, the Arbitration was not fundamentally unfair.