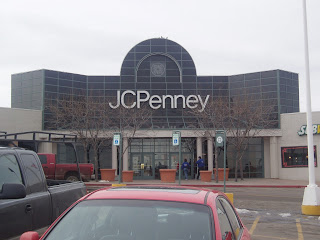 After Michelle L. Hafer was convicted of theft and computer crimes in violation of Kansas law and sentenced to “18 months of probation with an underlying sentence of 8 months' imprisonment and 12 months of postrelease supervision”, she appealed.  State v. Hafer, 2013 WL 1444860 (Courtof Appeals of Kansas 2013).

This, according to the Court of Appeals’ opinion, is how the case arose:

Hafer worked at JCPenney with Danielle Gardullo in the catalog department in Manhattan, Kansas. Their duties consisted of completing in-store transactions, as well as online transactions, and dealing with the merchandise that came in from the online store.

Each JCPenney sales associate has their own individual associate number and password. As sales associates, Gardullo and Hafer were taught how to apply discounts to products with the use of coupons. However, Hafer discovered she could discount items to any price through the online store.

Robert Brian Ruiz, JCPenney's store manager, became suspicious of certain catalog orders. Ruiz went to help load some large items for a customer, and when he looked at the order he realized  several of the items had been heavily discounted. Ruiz discovered Hafer was the associate who placed the order for the customer. He called Christine Thompson, the district loss prevention manager, about the sale.

Based on his discovery, Ruiz reviewed a clearance report that showed any store purchases within a certain period of time that had a discount of 50% or more. . . . Gardullo's and Hafer's sales associate numbers were on the report showing that each had sold and purchased items at deeply discounted prices.

Ruiz, Thompson, and Gary Andres met with Gardullo and Hafer at the store on the same day in separate rooms. During their meeting, Hafer and Gardullo prepared written statements regarding the items they sold or purchased at the discounted prices.

On appeal, Hager argued that “there was insufficient evidence presented by the State to convict her of computer crimes and theft.”  State v. Hafer, supra.  The Court of Appeals began its analysis of her argument by noting that when the sufficiency of the evidence

is challenged in a criminal case, this court reviews such claims by looking at all the evidence in a light most favorable to the prosecution and determining whether a rational factfinder could have found the defendant guilty beyond a reasonable doubt. State v. Frye, 294 Kan. 364, 277 P.3d 1091 (Kansas Supreme Court 2012). In determining whether there is sufficient evidence to support a conviction, the appellate court generally will not reweigh the evidence or the credibility of witnesses. State v. Hall, 292 Kan. 841, 257 P.3d 272 (Kansas Supreme Court 2011).

The court began its analysis of Hafer’s challenge to the sufficiency of the evidence by noting precisely what she was charged with:

Kansas Statutes § 21–3701(a)(2) states the following: `Theft is any of the following acts done with intent to deprive the owner permanently of the possession, use or benefit of the owner's property: . . . obtaining by deception control over property. . . . ‘

Our Supreme Court found that for a conviction for theft by deception to stand, the State must prove the defendant had the intent to obtain control over another's property by means of a false . . . representation and the victim was actually deceived and relied in whole or in part upon the false representation. . . . Because the security guard was aware of what Finch was doing, the Supreme Court found the store was not actually deceived.

actions were the equivalent of an electronic switching of price tags, because she was entering a deeply discounted price in the computer system that was not authorized for that item, . . . no one with any authority at JCPenney was aware that Hafer was participating in such practices. Merely because Hafer was a sales associate with JCPenney when the manipulation . . . occurred does not mean [it] was aware of the price manipulation and therefore the element of deception was not present.

Accordingly, where the court in Finch found there had been no deception because the store was aware of what was happening, in this case JCPenney was not aware of the deception until well after the fact, after Hafer had taken delivery and possession of the merchandise.

one of Dillard's department stores -- took cash from the cash room safe and created false refund vouchers to cover up the thefts. However, our Supreme Court equated [his] actions to embezzlement -- exerting unauthorized control over property -- rather than theft by deception . . . because the bogus writings -- the refund vouchers -- were used to conceal the thefts, not to cause Dillard's to part with the money represented by the bogus refund vouchers. . . . In other words, the false statements -- the vouchers -- were not part of the theft itself.

The court used an analogy, cited by Hafer, that if a farmer hires a fox to protect his chicken house, and the fox then steals eggs and replaces them with plastic ones, the fox has simply committed a theft, not a theft by deception. . . . The theft is complete when the fox steals the eggs; the replacement of the eggs with plastic ones is really irrelevant.

deceptive act -- of deeply discounting the prices on the computer -- was an integral part of the theft, similar to Finch's switching the tags on merchandise. It was not used to cover up an otherwise completed theft. The prices were deceptively altered first (the false statements or representations) and then she purchased the items and received delivery. The manipulation of the prices was not to cover up her theft but was instead a deception that was necessary to perpetrate the theft.

This is how the court analyzed that issue, by count:

Count 2, which was for a computer crime, and Count 13, for felony theft, occurred on December 11, 2010. . . . [I]t appears Hafer purchased a piece of luggage with a retail price of $440 for the discounted price of $15.99. . . . [T]he only discount entered into the computer was a 20% employee discount. . . . Gardullo's written statement indicated Hafer had Gardullo ring up the luggage at an extremely discounted price that could not have been reduced to that amount by mere coupons and reward certificates. . . . [I]n Hafer's written statement she acknowledged that she purchased and received the luggage at the extremely discounted price.

Count 14, charging misdemeanor theft, occurred on December 12, 2010. . . . Hafer purchased one vacuum cleaner with a retail price of $429.99 at the discounted price of $8.93, but only a 10% employee discount was applied [to] the purchase. In her written statement, Hafer indicated Gardullo rang up the purchase for her. In Gardullo's written statement, she indicated that Hafer returned the vacuum cleaner because it was cracked and Hafer asked for an even exchange.

Count 5, charging a computer crime, and Counts 16, 17, and 21, all charging misdemeanor theft, occurred on December 19, 2010. . . . [I]t appears Hafer ordered three vacuum cleaners with the retail price of $429.99 each for the discounted price of $0.56 each, but there was only a 10% employee discount applied at the time of the purchase. Hafer ordered an additional vacuum cleaner with the retail price of $429.99 at the discounted price of $8.73, but only a 10% employee discount was applied. In her written statement, Hafer acknowledged that she purchased and received the vacuum cleaners at the discounted price. In addition, Hafer and Gardullo ordered . . . 16 items, with a retail value totaling $804, but only paid $13.06 for all of the items.

The Court of Appeals therefore held that there was “sufficient evidence that Hafer manipulated the prices of the items in the computer; that such manipulation was a false representation of the actual price; that based on Hafer's false representation, JCPenney was deceived; and based on that deception JCPenney gave up control of the items to Hafer.” State v. Hafer, supra.  As a result, it affirmed her convictions and sentence.  State v. Hafer, supra.

(If you are wondering why some of the theft charges are felonies and some are only misdemeanors, I assume that, as this site notes, it depends on the value of the property at issue . . . under the prior theft statutes.)
Posted by Susan Brenner at 7:38 AM