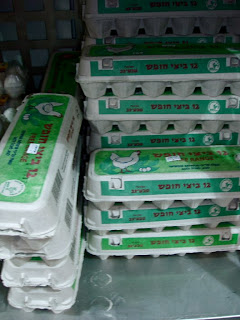 According to the opinion, the Twinsburg (Ohio) Police Department targeted Castagnola

after more than 20 incidents of criminal mischief had occurred. . . . [O]ne or more individuals had been egging cars throughout the city. . . . The day after the law director appeared in court to prosecute Castagnola for selling alcohol to underage persons, he awoke . . . to find this car had been egged and one of its mirrors had been damaged.

Another incident involved the egging of a police car from the City of Reminderville's Police Department.

The police became suspicious of Castagnola when he and several friends were observed buying a large amount of eggs from Giant Eagle. An officer . . . asked . . . about the eggs. Castagnola [said they] were for a cake the group planned on baking. The officer confiscated the eggs and released the group. The following day, a cake was sent to the officer at the police department, courtesy of Castagnola and his friends. . . .

[A]n informant . . . put [police] into contact with another informant who had information about Castagnola's involvement in [these] incidents. The second informant showed the police ten text messages he had received from Castagnola, all of which pointed to his involvement in the crimes.

The informant agreed to wear a wire and have a conversation with Castagnola at his home. During the conversation, Castagnola freely discussed having perpetrated numerous incidents of criminal mischief, including the incidents pertaining to the law director and the police car from Reminderville.

the informant led them to believe [he] found the law director's personal address online. . . . [P]olice obtained a warrant to search his home for any computers or other similar devices. [They] executed the warrant and seized two computers. . . .

When a forensic specialist searched one of the computers, she observed what appeared to be . . . child pornography. The police obtained a second warrant to inspect the computer's hard drive. The search uncovered . . . pornographic material as well as ten images and/or videos of children engaging in sexual activity.

Castagnola’s first argument on appeal was that the  “affidavit submitted in support of the warrant upon which the police relied to seize his computers lacked sufficient indicia of probable cause.” State v.  Castagnola, supra.  As Wikipedia notes, for a search warrant to be valid under the 4th Amendment, it must, among other things, be based on probable cause.  An officer "has probable  cause to conduct a search when `the facts available to [him] would ‘warrant a [person] of reasonable caution in the belief’ that contraband or evidence of a crime is present.” Florida v. Harris, 133 S.Ct. 1050 (2013) (quoting Texas v. Brown, 460 U.S. 730 (1983)).

In the affidavit Detective Mark Kreiger submitted to obtain the warrant, he stated that “the following property was being concealed at Castagnola's residence:”

`Records and documents either stored on computers, ledgers, or any other electronic recording device to include hard drives and external portable hard drives, cell phones, printers, storage devices of any kind, printed out copies of text messages or emails, cameras, video recorders or any photo imaging devices and their storage media to include tapes, compact discs, or flash drives.’

Kreiger also described the facts outlined above and noted that during the informant’s recorded conversation with Castagnola, he admitted he had damaged “several vehicles,” including the law director’s car, and also said he “`found [the law director] online in the clerk of courts’ as well as the location of the law director's law office.’”  State v.  Castagnola, supra.

In his motion to suppress, Castagnola argued that “the fact that one form of technology (i.e. a text message) contains evidence of an individual's wrongdoing does not equate to the conclusion that another form of technology (i.e. a computer) will contain similar evidence.” State v.  Castagnola, supra.  The judge disagreed, noting that Kreiger said

[T]herefore, the affidavit established a causal link between Castagnola's alleged criminal activities and the item seized. . . . [T]he issuing judge could have determined Castagnola used a computer to conduct the online searches such that the computer would contain evidence of his criminal activities.

Castagnola also argued that “even assuming” he obtained “certain information”

online, that fact alone would not give rise to probable cause to seize his computer. According to Castagnola, it was improper for the judge to infer that he owned a computer and used his computer to access online information rather than some other . . . device with internet capabilities.

This Court will not hold, in the absence of any applicable authority, that the police were required to uncover the exact device Castagnola used to search for information online before they could secure a warrant.

The Court of Appeals therefore upheld the trial judge’s denial of the motion to suppress.  State v.  Castagnola, supra.

Castagnola’s second argument was that “there was no direct evidence he possessed or controlled the pornographic images and videos at issue.” State v.  Castagnola, supra.  He did not deny that the computer the police seized from his home contained

images and videos that displayed minors engaging in sexual activity. Instead, he argues that the State failed to prove he either had possession of or control over those items. Because . . . individuals used the computer in his home, Castagnola argues, there was no evidence that he even knew the images and videos were saved on the computer.

The opinion explains that when the police executed their warrant, Castagnola lived at

After five days and more than six trillion attempts by her computers, . . . Branam abandoned the search. She . . . was never able to decipher the extremely strong passwords for either the Nick or Nick C. profiles.

Although she did not have the Nick and Nick. C passwords, Branam used her forensic software to examine the “entire contents” of the hard drive. State v.  Castagnola, supra.

Further, . . . the images and videos linked to [the] pandering charges had all been downloaded to the computer. She specified that those images and videos were not the result of accidental pop-ups, but required affirmative steps on the part of a user to accept the items for download. Branam testified that more than one-third of the storage space on the computer's hard drive was allocated to pornographic material.

In ruling on Castagnola’s argument, the court noted that under Ohio law, possession is “`a voluntary act if the possessor knowingly procured or received the thing possessed, or was aware of [his] control of the thing possessed for a sufficient time to have ended possession.’” State v.  Castagnola, supra (quoting Ohio Revised Code § 2901.21(D)(1)).

The Court of Appeals then found that a “rational trier of fact,” i.e., a jury or a judge, could

have found the State proved beyond a reasonable doubt that Castagnola possessed or controlled the material that formed the basis for the ten pandering counts. All of the images and videos . . . were found within the Nick user profile and had been downloaded by a user of that profile. . . . [which] also contained other documents associated with Castagnola. . . .

Castagnola's mother testified that he provided her with the password for the Nick profile. Castagnola admitted at trial that he knew the password. Further, even if some other individual knew all of the passwords for the computer, there was evidence that one-third of the storage space on the computer's hard drive was allocated to pornographic material and two of its profiles contained 629 videos and 395 images of potential child pornography.

None of the profiles on the computer existed for more than two years, and the computer was located in the family room of Castagnola's home. The evidence, therefore, pointed to the conclusion that the individual who downloaded the pornographic material onto the computer resided at the Castagnola home.