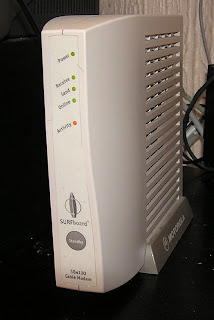 After Rocio Mask was convicted “at a general court-martial, of attempted voluntary manslaughter and failure to obey a military protective order” and “sentenced to confinement for 5 years and a dishonorable discharge”, she appealed.  U.S. v. Mask, 2012 WL 3562034 (U.S. Navy-Marine Corps Court of Criminal Appeals 2012).  The charges were brought under Articles 80 and 92 of the Uniform Code of Military Justice.  U.S. v. Mask, supra.

They arose from the following sequence of events, the description of which the Court of Criminal Appeals prefaced with these comments:

This case involves a sad history of domestic violence by both husband and wife toward each other over a lengthy period of time. Sadly, on 1 January 2011, a verbal argument between them tragically turned into yet another violent episode which ended in the appellant stabbing her husband, JM, in the abdomen.
U.S. v. Mask, supra.

The court then describes the events that led to the conviction noted above:

On that day, [Rocio], the victim and their two children, spent the day together shopping and dining. Later in the evening at their home, [Rocio] decided to take a nap because she had duty the next day.

JM took care of the children while she napped. Although JM described his wife as `in a bad mood,’ they were getting along fairly well that day. However, the atmosphere drastically and quickly changed.
When [Rocio] awoke from her nap in the evening, she found her kids asleep and JM playing a PlayStation 3 video game on the television in the living room. The video game was an online multiplayer game with voice chat capability. JM was utilizing a wireless telephone headset to speak with his cousin, XM, who was playing the same online game as JM, although XM was physically located in San Diego, California.

JM and XM could communicate and hear each other via their headsets, and XM changed his settings to allow for JM's voice to broadcast through XM's television speakers. This allowed XM to overhear a portion of the ensuing incident between JM and [Rocio].

When [Rocio] first awakened from her nap and joined JM in the living room, she sat with JM on the couch where they talked while he was playing his game. Soon thereafter, [Rocio] retrieved a computer and sat nearby to use it.

[Rocio] commenced yelling and cursing at JM, and then repeatedly hitting him with the computer modem that she had yanked from the wall. JM tried to block [her] strikes, and on one occasion when he put up his arm to block it, the modem flew back and hit [Rocio] in the face causing her a bloody nose. JM thereafter attempted to retreat and diffuse the situation by going into a bathroom.

When he came out about five minutes later, JM discovered [Rocio] still very angry with him. [Rocio] bent JM's video game disc and commenced using both hands to hit him all while yelling and cursing at him.

JM backed away from the enraged [Rocio], attempting to deflect her striking him. JM ultimately backed into the kitchen, where [Rocio] grabbed a large kitchen knife from the sink, which she thrust into his abdomen. After stabbing him, [she] angrily stated, `That's what you get, m–––––f–––––.’

U.S. v. Mask, supra. (I’m referring to the defendant as Rocio, rather than Mask, because I’m assuming JM’s name was also Mask.)

[JM used his cell phone to call after Rocio “left the kitchen and failed to administer proper first aid to him”]. Numerous law enforcement personnel descended upon the marital house.

[Rocio] claimed JM tried to strangle her and she acted in self-defense by stabbing him. . . . [B]ecause their children were home at the time of the incident, GM, a social worker from the State of Illinois child protective services agency, commenced a child abuse and neglect investigation. GM . . . retrieved the children and took them into state custody.

After charges were preferred, GM attempted to interview [Rocio] on base, at the Transient Personnel Unit barracks, due to the ongoing child abuse and neglect case. When GM first arrived and indicated to [Rocio] she wished to interview her about the incident with her husband, [Rocio] told GM her attorney told her `not to talk with anyone.’

GM indicated she was going to cease the interview and depart, however before GM could leave, [Rocio] said, `Oh, I can talk to you.’ GM clarified that [Rocio] desired to talk with her without an attorney, and then GM took a statement her in which she provided her version of the events of New Year's Day. During that interview, [Rocio] told GM, `I should have killed JM as well as myself.’ At trial, the Government offered GM as a witness and solicited testimony. . . .

On appeal, Rocio argued, first, that “the Government improperly elicited testimony at trial from GM that [Rocio] asserted her 5th Amendment right to remain silent during the child abuse and neglect case interview.”  U.S. v. Mask, supra.  The appellate court noted, first, that

GM, a social worker with the State of Illinois, was not interrogating [Rocio] as a criminal suspect but rather conducting a child abuse and neglect investigation to determine the proper resolution for the children's placement. The record is utterly devoid of any indication that GM was acting in concert with military investigators or that military officials at Great Lakes were in control of the state child protective service agency.

As such, GM was not required to read Miranda warnings to [Rocio]. . . . Nonetheless, [Rocio] could invoke her 5th Amendment right to remain silent in response to any questioning by GM.

that [Rocio] never indicated to GM she wanted to actually remain silent. She merely told GM that her attorney had advised her not to speak to anyone. As soon as GM indicated she would then leave and not take a statement, [Rocio] immediately followed up with the statement that `Oh, I can talk with you.’

Rocio’s other argument on appeal was that “the evidence was legally and factually insufficient to prove that she specifically intended to kill her husband and did not act in self-defense”.  U.S. v. Mask, supra.  In addressing this argument, the appellate court noted that the test for the legal sufficiency of the evidence is “whether, considering the evidence in the light most favorable to the Government, any rational trier of fact could have found the essential elements of the offense beyond a reasonable doubt.” U.S. v. Mask, supra.

The Court of Criminal Appeals explained that to convict Rocio of attempted voluntary manslaughter, the prosecution was required to prove:

(1) that [she] did a certain act, that is: stab JM in the stomach with a knife; (2) that such act was done with the specific intent to kill JM without justification or excuse; (3) that such act amounted to more than mere preparation; that is, it was a substantial step and a direct movement toward the unlawful killing of JM; and (4) that such act apparently tended to bring about the commission of the offense of voluntary manslaughter. . . .

Voluntary manslaughter is committed, when a person with an intent to kill or inflict great bodily harm unlawfully kills a human being in the heat of sudden passion caused by adequate provocation. . . . Passion means anger, rage, pain or fear which prevents clear reflection.

Rocio claimed the evidence presented at trial was insufficient because

The Court of Criminal Appeals did not agree.  It found that it was

clear from the review of the record of trial that evidence exists which proves every element of attempted voluntary manslaughter. After carefully reviewing the record of trial and considering the evidence in the light most favorable to the prosecution, we are persuaded that a reasonable fact-finder, in this case the members, could indeed have found all the essential elements of attempted voluntary manslaughter beyond a reasonable doubt. . . .

Furthermore, after weighing all the evidence in the record of trial and recognizing that we did not personally see the victim's testimony or that of the other percipient witnesses, we are convinced beyond a reasonable doubt of [Rocio’s] guilt as to this charge.

Why is this case here on this blog? This is not a cyber-crime case. Beating you over the head with my computer keyboard does not transform the case into a cybercrime.

If you read the blog title's subtext, you'll see it says the blog contains "observations on law, lawlessness and technology" . . . and I think the subject of this post fits into that framework very nicely.

I also did a post on this case because it never occurred to me that a modem could be a sem-deadly weapon.

I get that this is not a cyber crime, but it is amazing the technology that was used to try this case. A witness existed in a different state that helped convict Rocio Mask. This case is important to me because the victim is my brother....