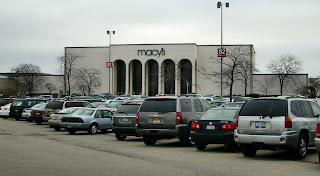 As I’ve explained in earlier posts, “juror misconduct” occurs when a trial juror engaged in conduct that is inconsistent with his/her role in a criminal trial.  Technology has made it a more serious problem than it used to be, as jurors go online to research legal or other issues involved in the case they are involved in.  As why that is a problem, check out my prior post on the topic.

As the caption notes, this post is about a case involving alleged juror misconduct. I’m going to outline the facts in the case this post examines, and then get into the legal issues.  The reason for that will become apparent.

On June 7, 2005, Toneisha Gunnell, Mahogany Patterson, Alicia McAlmont, and Renada Manns drove to the Upper Valley Mall in Springfield, Ohio, to steal clothing. Chris Clarkson, a loss-prevention agent employed by Macy's department store, watched as Gunnell, McAlmont, and Patterson grabbed clothing from the racks and ran from the store to a waiting car driven by Manns. Although Clarkson chased them, Manns accelerated rapidly as they got into the car.

John Deselem, a customer who witnessed the incident, stood in the lane of travel as the car sped toward him, waving his arms in an effort to stop the oncoming vehicle. It struck him without slowing down. The force of the impact sent him into the windshield and threw him over the car and onto the ground. He died at the scene from blunt force injuries to his head. Although the impact had cracked the windshield, Manns drove out of the mall parking lot.

The first piece of paper “contained the following handwritten definition of the word perverse: `contrary to the manner or direction of the judge on a point of law

For example, Dan comes home to find his wife in bed with Victor. Distraught, Dan heads to a local bar to drown his sorrows. After having five drinks, Dan jumps into his car and drives down the street at twice the posted speed limit, accidentally hitting and killing a pedestrian.

The judge convened a hearing, “which began at 10:41 on . . . October 2, 2007.”  State v. Gunnell, supra.  The prosecution and defense agreed that the judge could not replace Juror No. 6 with an alternate because the jury had already begun its deliberations.  State v. Gunnell, supra.  Juror No. 6 was called to the stand and the following exchange took place between her and the judge:

THE COURT: It's come to our attention that you brought some items in with you this morning. One appears to be a handwritten definition of the term `perverse,’ and another one appears to be something that maybe you printed off of the internet that—

THE COURT: A definition or instruction on `involuntary manslaughter.’ That's -- these are things you brought in with you today?

JUROR NO. 6: That nobody saw them.

THE COURT: You're the only one that saw them?

THE COURT: All right. Apparently you were doing some research last night or this morning on the internet or --

THE COURT: Sure. Okay. What about the . . . manslaughter issue? Was there something you were doing on the computer with respect to that?

JUROR NO. 6: No. It was just something I wanted—that was for me. I wasn't going to show them that. I had the other—I had the definition. That was all that I was going to share.

JUROR NO. 6: No. I was—I was at home. I was on the computer, and I just—I did not get much sleep last night, and I just—that was mainly for myself . I just wanted to have it clear in my own head.

The prosecution and defense agreed that the issue could be addressed by giving Juror No. 6 a “curative instruction” that would require her to agree she would not use either the definition or the example given above.  State v. Gunnell, supra.  The judge, however, said

. . . We can bring her in, and we can all ask her and try to rehabilitate her; and I'm sure she's going to say all the right things because, again, I think she's a nice person. And she's going to want to try to be accommodating and pleasing, and I know or I'm certain she doesn't want to be responsible for a mistrial.

So she's going to try to appease us and say what she needs to say; but . . . I don't know that I can be convinced that she's going to be able to put this out of her mind.

As Wikipedia explains, if the defense moves for a mistrial, the case can be retried unless the prosecutor goaded the defense into making the motion.  As Wikipedia also notes, if the prosecutor moves for a mistrial, the prohibition on double jeopardy will bar retrial unless the trial judge finds there was “manifest necessity” for granting the mistrial.

The prosecution appealed the latter issue to the Ohio Supreme Court, which agreed with the Court of Appeals.  State v. Gunnell, supra.  The Supreme Court noted, first, that when a mistrial is based on juror misconduct, the trial judge’s finding of manifest necessity will be upheld unless the appellate court finds that instead of “`exercising sound discretion,” the trial judge “`acted “irrationally or irresponsibly.”’”  State v. Gunnell, supra (quoting Arizona v. Washington, 434 U.S. 497 (1978)).

The court then noted that while “a trial judge's determination of juror bias sufficient to create the need to declare a mistrial is a matter of discretion, the record here reveals nothing of substance from which the judge made his determination.”  State v. Gunnell, supra.  It explained that the judge’s “inquiry of Juror No. 6 was limited and ineffective”, and therefore did not “unearth what bias, if any, the juror absorbed as a result of reading the forbidden material.”  State v. Gunnell, supra.

The Supreme Court then explained that while it had no way of “appraising Juror No. 6’s credibility”, nothing in the case record established that Juror No. 6 was so

`nice’ she would deny whatever bias she might have incurred to be `accommodating and pleasing,’ thereby violating her oath as a juror. The transcript reveals she was confused about terms for which the trial judge had refused to provide instruction and took it upon herself to educate herself about the terms -- in violation of an unequivocal instruction to not do so. The limited information before us also suggests she understood that it was wrong to do so and had not tainted the jury with the information.

Although all agree that it was error for her to conduct outside research, it was also error for the judge to make no more than a limited inquiry of the juror -- an inquiry that merely established the misconduct, not any prejudice from it. The judge disregarded the constitutional commands that the court, in deciding whether a manifest necessity exists to declare a mistrial, must act `rationally, responsibly, and deliberately.’ We cannot conclude that the trial court acted with deliberateness in this case.

The Supreme Court also noted that the “rapidity with which the events unfolded” was not dispositive of the issue, but it did suggest “haste in reaching a conclusion rather than a conclusion made in the `greatest caution.”  State v. Gunnell, supra (quoting U.S. v. Perez, 22 U.S. 579 (1824)).  The court concluded the judge’s declaring the mistrial was “a travesty”, explaining that if the judge had

actually inquired into the salient issue of prejudice with the juror, he may well have acted within his discretion. But we cannot condone the notion that a judge acts rationally, reasonably, or deliberately in declaring a mistrial, on retrial, in a difficult criminal case without any meaningful inquiry into the issue of juror bias. It is neither lawful nor conscionable to predicate a mistrial on speculation alone.

The Supreme Court therefore held that the Court of Appeals “was correct in holding that the mistrial was in error and the Constitution demands reversal of these convictions.”  State v. Gunnell, supra.  So, by erroneously granting the mistrial, the trial judge in effect guaranteed that Gunnell, the only defendant at issue in this opinion, cannot be retried for the crimes with which she was indicted.  State v. Gunnell, supra.
Posted by Susan Brenner at 11:27 AM

Two Stupid things: (1) not bothering to explain the meaning of the words the jury had a question about. Number two: Standing in front of a moving car thinking it is going to stop just because you wave you arms at it.

As far as I am concerned, that dude deserved to get run over. Who the heck does he think he is? Some kind of crime fighter? Who cares if Macy's gets ripped off. Not his clothes. Not his money. NOT his responsibility.

Hope they put on his headstone, "I died on account of sticking my nose in where it did not belong."