Vandalism, Probation and the Probation Conditions 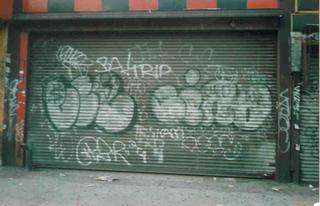 This post examines a recent opinion from the California Court of Appeal – Fourth District:  People v. Edwin R., 2017 WL 1507526 (2017). The court begins the opinion by explaining that
Edwin R., a juvenile, appeals from a probation order entered after he admitted to committing an act of vandalism. Two of the probation requirements imposed on Edwin are that he consent to law enforcement searches of any electronic devices in his possession and that he provide his passwords to internet and social media websites to his probation officer. Edwin contends that these search conditions are invalid and constitutionally overbroad.
People v. Edwin R., supra.
The court goes on to explain how, and why, the prosecution arose:
A witness called police after observing Edwin and another juvenile spray painting graffiti on the wall of a building. When police arrived at the location, Edwin and the other juvenile attempted to run away. Edwin threw a can of spray paint as he fled. He later returned to the scene, then fled again, dropping a backpack along the way. Officers eventually caught Edwin and arrested him. They found the backpack that Edwin had discarded. The backpack contained a can of spray paint and some knives. Edwin admitted to police that he was a member of a criminal street gang.

The San Diego County District Attorney filed a petition pursuant to Welfare and Institutions Code section 602, alleging that Edwin had vandalized property with graffiti and that he had caused more than $400 in damage (Pen. Code, § 594, subd. (a)(b)(1); count 1), and resisted an officer (§ 148, subd. (a)(1); count 2). The petition further alleged that with respect to count 1, Edwin committed the offense for the benefit of a criminal street gang (§ 186.22, subd. (b)(1)).

At the hearing on the petition, Edwin admitted to having committed the acts underlying count 1. The court dismissed count 2, as well as the gang allegation associated with count 1. The court placed Edwin on probation and imposed several probation conditions on Edwin. Among the conditions that the court imposed are conditions that Edwin submit his electronic devices to a probation officer for a Fourth Amendment waiver search, and that he provide the probation officer with the passwords to his internet and social media accounts.

Edwin filed a timely notice of appeal.
People v. Edwin R., supra.
The opinion goes on to explain how, and why, the condition of probation at issue was imposed:
At the dispositional hearing, the People requested that the court impose a search waiver for electronic devices on Edwin as a condition of probation, in order to allow the probation department to more effectively monitor Edwin during his probationary period. Defense counsel objected on the ground that no nexus existed between the condition and the circumstances of Edwin's offense, under the Lent test. The court noted that Edwin had admitted his gang affiliation and surmised that gang members often communicate through electronic means. The court overruled Edwin's objection and imposed the following conditions:

`The minor shall provide all passwords or pass phrases to any internet sites or social media sites, such as Facebook, Twitter, SnapChat, or Google+, used or accessed by the minor. When asked by any law enforcement officer, including a probation officer, the minor shall submit those websites to a search at any time without a warrant. The minor shall not knowingly clean or delete his or her Internet browsing activity.’

`The minor shall submit his/her person, property, or vehicle, and any property under his/her immediate custody or control to search at any time, with or without probable cause, with or without a search warrant, by any law enforcement officer or peace officers, probation officers, school officials or officers, and any other state security officers or agents engaged in the lawful performance of their duties.’

Edwin accepted the probation conditions and agreed to abide by them.
People v. Edwin R., supra.
The court went on to explain that
Edwin contends on appeal that the electronics search conditions that require him to submit his electronic devices to searches pursuant to a Fourth Amendment waiver (the electronic device condition) and to provide his probation officer with his internet and social media passwords (the password condition) are unreasonable and invalid because they have `”no relationship' whatsoever to [his] offense.”’ He further argues that these probation conditions are constitutionally overbroad because they limit his first amendment rights but are not sufficiently narrowly tailored for the purpose of public safety and offender rehabilitation.
People v. Edwin R., supra.
The Court of Appeal went on to explain that the probation conditions were valid:
Conditions of probation are generally reviewed for abuse of discretion. (People v. Olguin (2008) 45 Cal.4th 375, 379 (Olguin).) Pursuant to Lent, `”[a] condition of probation will not be held invalid unless it `(1) has no relationship to the crime of which the offender was convicted, (2) relates to conduct which is not in itself criminal, and (3) requires or forbids conduct which is not reasonably related to future criminality.  . . .’” [Citation.]' This test is conjunctive—all three prongs must be satisfied before a reviewing court will invalidate a probation term. [Citations.] As such, even if a condition of probation has no relationship to the crime of which a defendant was convicted and involves conduct that is not itself criminal, the condition is valid as long as the condition is reasonably related to preventing future criminality. (Olguin, at pp. 379–380.)

In reviewing the validity of a probation condition, we bear in mind that `[t]he permissible scope of discretion in formulating terms of juvenile probation is even greater than that allowed for adults.’ (In re Victor L. (2010) 182 Cal.App.4th 902, 910.)  'The state, when it asserts jurisdiction over a minor, stands in the shoes of the parents' [citation], thereby occupying a “unique role . . . in caring for the minor's well-being.”' [Citation.] In keeping with this role, section 730, subdivision (b), provides that the court may impose 'any and all reasonable [probation] conditions that it may determine fitting and proper to the end that justice may be done and the reformation and rehabilitation of the ward enhanced.'  (Id. at pp. 909–910.)

The electronic device condition and the password condition that the court imposed do not meet the third prong of the Lent analysis that would render them invalid because, under the circumstances of this case, these conditions, as drafted, are reasonably related to preventing future criminality. Under Olguin, supra, 45 Cal.4th at pages 380–381, a probation condition that enables probation officers `to supervise [their] charges effectively is . . . “reasonably related to future criminality.”’ This is true `even if [the] condition . . . has no relationship to the crime of which a defendant was convicted.’ (Id. at p. 380.) Other conditions of probation imposed on Edwin require that he avoid known members of the criminal street gang with which he was affiliated, and prohibit him from possessing, wearing, and/or displaying gang clothing and insignia. Edwin is also required to avoid contact with his co-participant in the offense, and is prohibited from contacting him `by telephone, by texting, . . . by email or fax, or by any other electronic means.’ The electronic device and password conditions reasonably relate to the effective monitoring of Edwin's compliance with these gang and no-contact conditions. (See In re P.O. (2016) 246 Cal.App.4th 288 [upholding validity of electronics search condition under Lent where condition was reasonably related to the ability of probation officers to supervise the probationer's compliance with other probation conditions].)
People v. Edwin R., supra.
The Court of Appeal then took up the password condition, explaining that
Edwin also argues that the electronic device and password conditions are unconstitutionally overbroad `because [they are] not narrowly tailored to limit the impact on [his] privacy rights.’ (Formatting omitted.) When a probation condition imposes limitations on a person's constitutional rights, it `must closely tailor those limitations to the purpose of the condition to avoid being invalidated as unconstitutionally overbroad.'  (Olguin, supra, 45 Cal.4th at p. 384.)

As an initial matter, the People contend that Edwin has forfeited his constitutional claim by failing to object on constitutional grounds in the trial court. Edwin acknowledges that he failed to raise a challenge to the electronics search condition on overbreadth grounds with the juvenile court, but he asserts that his contention is that the electronics search condition is `facially overbroad because it allows for the search on the sole legal basis of supervising the probationer,’ and because `[t]he individual facts and circumstances of the case do not necessarily need to be considered to reach this issue.’ We disagree with Edwin's characterization of his claim as a facial challenge. However, given the significant privacy interests at stake, we will exercise our discretion to consider Edwin's constitutional claim. (See People v. Williams (1998) 17 Cal.4th 148, 161–162, fn. 6 [appellate court `is generally not prohibited from reaching a question that has not been preserved for review by a party’ and decision whether to consider such a question is left to the court's discretion].)
People v. Edwin R., supra.
The opinion goes on to explain that
`A probation condition that imposes limitations on a person's constitutional rights must closely tailor those limitations to the purpose of the condition to avoid being invalidated as unconstitutionally overbroad.’ (In re Sheena K. (2007) 40 Cal.4th 875, 890 (Sheena K.).) `The essential question in an overbreadth challenge is the closeness of the fit between the legitimate purpose of the restriction and the burden it imposes on the defendant's constitutional rights—bearing in mind, of course, that perfection in such matters is impossible, and that practical necessity will justify some infringement.’ (In re E.O. (2010) 188 Cal.App.4th 1149, 1153.)

`”Even conditions which infringe on constitutional rights may not be invalid [as long as they are] tailored specifically to meet the needs of the juvenile.”'  (In re Tyrell J. (1994) 8 Cal.4th 68, 82, disapproved on other grounds in In re Jaime P. (2006) 40 Cal.4th 128, 130.) “’[A] condition of probation that would be unconstitutional or otherwise improper for an adult probationer may be permissible for a minor under the supervision of the juvenile court.'” (Sheena K., supra, 40 Cal.4th at p. 889.) `This is because juveniles are deemed to be more in need of guidance and supervision than adults, and because a minor's constitutional rights are more circumscribed. The state, when it asserts jurisdiction over a minor, stands in the shoes of the parents. And a parent may “curtail a child's exercise of . . . constitutional rights . . . [because a] parent's own constitutionally protected `liberty’ includes the right to “bring up children” [citation,] and to “direct the upbringing and education of children.'“ (In re Antonio R. (2000) 78 Cal.App.4th 937, 941.)
People v. Edwin R., supra.
The court then began its analysis of the constitutionally of the probation condition at issue here, explaining that
[w]hether a probation condition is unconstitutionally overbroad presents a question of law that we review de novo. (In re Shaun R. (2010) 188 Cal.App.4th 1129, 1143.)

As so modified, the probation order is affirmed.
People v. Edwin R., supra.

Posted by Susan Brenner at 5:49 PM