The Undocumented Aliens, the State Insurance Database and the Fourth Amendment 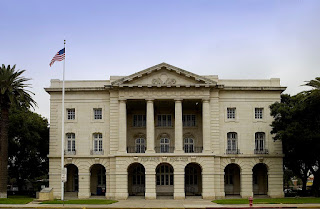 This post examines a recent opinion from the U.S. Court of Appeals for the 5th Circuit: United States v. Broca-Martinez, 2017 WL 1521492 (2017).  As Wikipedia explains, this court is one of several U.S. Courts of Appeals which have jurisdiction over federal cases in the territory their Circuit encompasses.
The court, like most courts, begins the opinion by explaining how and why the prosecution arose:
Defendant–Appellant Cecilio Broca-Martinez appeals the district court's denial of his motion to suppress. While on patrol in December 2015, Officer Juan Leal began following Broca-Martinez's vehicle because it matched a description Homeland Security agents had provided the Laredo Police Department (`LPD’). Officer Leal stopped Broca-Martinez after a computer search indicated the vehicle's insurance status was `unconfirmed.’ The stop led to the discovery that Broca-Martinez was in the country illegally and that he was harboring undocumented immigrants at his residence. Broca-Martinez entered a conditional guilty plea to one count of conspiracy to transport undocumented aliens in violation of 8U.S. Code § 1324. On appeal, he contends that there was no reasonable suspicion justifying the initial stop.
United States v. Broca-Martinez, supra.
For an overview of the vehicle insurance requirements of the U.S. states, check out this Wikipedia entry.
The Court of Appeals goes on to explain, in some detail, how the prosecution arose:
On December 2, 2015, Broca-Martinez was stopped by Officer Leal in Laredo, Texas. That day, Homeland Security Investigations (`HIS’) received a tip that undocumented immigrants were being housed at a residence on Zacatecas Avenue in Laredo. While surveilling the residence, HSI agents saw two men leave and enter a gray Nissan Altima. HSI subsequently notified the LPD to have its officers `be on the lookout’ for the vehicle. After receiving a radio transmission to `be on the lookout’ for this vehicle, Officer Leal saw an Altima that matched the description. He followed the vehicle and entered its license plate number into an `in-vehicle computer’ database designed to return vehicle information such as insurance status.

The computer indicated the insurance status was `unconfirmed.’ Based on his experience using this system, Officer Leal concluded that the vehicle was likely uninsured—a violation of Texas's driver financial responsibility law. Official Leal then stopped the vehicle. After being stopped, Broca-Martinez gave his name to Officer Leal and admitted he was in the United States illegally. While they waited for HSI agents to arrive, Officer Leal issued Broca-Martinez a citation for violating the insurance requirement and driving without a license.

When HSI agents arrived, they interviewed Broca-Martinez. The agents obtained verbal consent from Broca-Martinez to search the Zacatecas Avenue residence, where fourteen undocumented immigrants were being sheltered. On December 22, 2015, Broca-Martinez was indicted by a grand jury on three counts of conspiring to harbor illegal aliens in violation of 8 U.S.C. § 1324. Broca-Martinez filed a motion to suppress evidence on January 25, 2016. He argued there was no reasonable suspicion justifying the initial stop and that the exclusionary rule barred all evidence obtained as a result of the stop.

Officer Leal testified to the following at a hearing on the motion to suppress: At the time of the stop, Leal knew the radio-transmission instruction involved a Homeland Security investigation but was unaware of any details. Upon seeing a vehicle that matched the given description, he ran the `license plates through what is called the NCIC/TCIC system, which gives a return on the vehicle, make, model, [and] year’ as well as “a VIN number” and “a confirmation to see if the vehicle is insured.’ Officer Leal has in the past `performed multiple traffic stops for vehicles not having insurance’ and was familiar with the Texas law requiring drivers to have liability insurance. Leal did not stop the vehicle because of Broca-Martinez's undocumented status—a fact he did not know—but because he believed Broca-Martinez was uninsured. He explained that when he types a license plate number into the NCIC/TCIC system, it will either report `insurance confirmed’ or `unconfirmed,’ and after getting a response he knows, `with the knowledge and experience of working,’ whether the vehicle is uninsured.
United States v. Broca-Martinez, supra.
The Court of Appeals goes on to explain that
During the stop, Officer Leal did not ask for proof of insurance. He stated that he `already knew that the vehicle wasn't insured’ based on the `unconfirmed’ status generated by the computer. However, the district court questioned why Officer Leal did not seek to confirm the computer's report, asking specifically whether `reports are sometimes inaccurate.’ Leal responded: `For the most part, no.’ Later, Broca-Martinez's attorney pressed Officer Leal on the `unconfirmed’ status:

Cases from the Seventh, Sixth, and Eighth Circuits confronting similar fact patterns are generally consistent with the reasoning in Cortez-Galaviz and Esquivel-Rios. See Miranda-Sotolongo, 827 F.3d at 671 (finding reasonable suspicion established when the database showed no vehicle registration record, `at least in the absence of evidence that [the officer] could not reasonably rely on the absence of a registration record to support an investigative stop’); United States v. Sandridge, 385 F.3d 1032, 1036 (6th Cir. 2004) (concluding there was reasonable suspicion for a stop when license plate check three weeks prior had indicated the driver was driving without a valid license); United States v. Stephens, 350 F.3d 778, 779 (8th Cir. 2003) (holding that when database check showed license plates were `not on file,’ there was reasonable suspicion to stop the vehicle).
United States v. Broca-Martinez, supra.
The court went on to address another issue, explaining that
Broca-Martinez relies only on state court cases to support his argument. See Gonzalez-Gilando v. State, 306 S.W.3d 893, 896–97 (Tex. App.—Amarillo 2010, pet. ref'd) (finding database information insufficient to establish reasonable suspicion because there was no `evidence developing the source of the information comprising the database, explaining what was meant when insurance information was unavailable, . . . [or] illustrating the accuracy of the database’); State v. Daniel, 446 S.W.3d 809, 815 (Tex. App.—San Antonio 2014, no pet.); Contraras v. State, 309 S.W.3d 168, 173 (Tex. App.—Amarillo 2010, pet. ref'd). But although states may `impos[e] more stringent constraints on police conduct than does the Federal Constitution,’ this does not dictate our Fourth Amendment analysis. California v. Greenwood, 486 U.S. 35, 43 (1988). Even so, Broca-Martinez's case is distinguishable from Gonzalez-Gilando; here, there was testimony regarding Officer Leal's experience with the database and suggesting the system was reliable.
United States v. Broca-Martinez, supra. As this Wikipedia entry on precedent in U.S. and other common law countries explains, the decisions of a particular court are usually binding on that court, and may serve as persuasive precedent with regard to other courts. So, it is usual for litigators before a particular court to rely on that court’s precedent, as much as possible.
The Court of Appeals then began the process of enunciating its “holding” – its decision in the case:
[w]e agree with the other circuits that have confronted this question. A state computer database indication of insurance status may establish reasonable suspicion when the officer is familiar with the database and the system itself is reliable. If that is the case, a seemingly inconclusive report such as “unconfirmed” will be a specific and articulable fact that supports a traffic stop. Lopez-Moreno, 420 F.3d at 430. Viewed in the light most favorable to the government, Officer Leal's testimony provides sufficient support for the reliability of the database. Officer Leal explained the process for inputting license plate information, described how records in the database are kept, and noted that he was familiar with these records. He explained that `with the knowledge and experience of working,’ he knows the vehicle is uninsured when an `unconfirmed’ status appears because the computer system will either return an `insurance confirmed’ or `unconfirmed’ response. When Broca-Martinez's attorney questioned the system's reliability, Officer Leal confirmed that it was usually accurate. (`Q: So, in other words, he could have or not have insurance, correct? A: No.’) (`Q: You asked him for his insurance? A: Not that I recall. I already knew that the vehicle wasn't insured.’) (`Q: I mean reports are sometimes inaccurate, right? A: For the most part, no.’).
United States v. Broca-Martinez, supra.
It went on to point out that
[e]ven if Officer Leal was not positive Broca-Martinez was uninsured, he cleared the bar for reasonable suspicion. An officer does not have to be certain a violation has recurred. See Castillo, 804 F.3d at 366. `This would raise the standard for reasonable suspicion far above probable cause or even a preponderance of the evidence, in contravention of the Supreme Court's instructions.’ Id.
United States v. Broca-Martinez, supra.
The court therefore held that “[f]or the foregoing reasons, we AFFIRM the denial of Broca-Martinez's motion to suppress and AFFIRM Broca-Martinez's conviction and sentence.”
United States v. Broca-Martinez, supra.