The Law Office Burglary, Misdemeanor Shoplifting and the “Commercial Establishment” 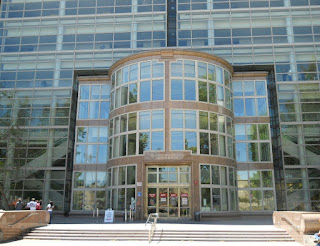 This post examines a recent decision from the Court of Appeal, Second District Division 4 California: People v. Thomas, 2017 WL 527379 (2017). The court begins the opinion by explaining that
Kevin Thomas appeals from the order denying his petition for resentencing under Proposition 47. (Pen. Code, §1170.18.)  Appellant argues that his second-degree burglary conviction, based on his entry into a law office, meets the definition of the new crime of misdemeanor shoplifting in section 459.5.
People v. Thomas, supra.
The opinion goes on out outline the events that led to this prosecution and the prior proceedings in the case:
[i]n November 2012, appellant was charged with seven counts of commercial burglary (§ 459), committed on separate occasions against separate businesses. There were additional charges of grand theft, attempted grand theft, and petty theft with priors, all stemming from the alleged burglaries. A number of prior felony convictions, including a prior strike conviction, also were alleged.

Appellant pled no contest to count 1, burglary of the Law Offices of Gennady Lebedev, admitted a prior strike conviction, and was sentenced to six years in prison. The court dismissed the remaining counts after appellant gave a Harvey waiver, allowing for victim restitution on the dismissed counts. In March 2013, the court ordered restitution in stipulated amounts: $1,500 to Justin Trugman, $4,133.35 to Wild Woods, Inc., and $3,104.98 to Matthew Hebard.
People v. Thomas, supra.The court appended a footnote to the second sentence in the above paragraph in which it explained that
`[a] Harvey waiver permits the sentencing court to consider the facts underlying dismissed counts . . . when determining the appropriate disposition for the offense . . . of which the defendant stands convicted.’ (People v. Munoz (2007) 155 Cal.App.4th 160, 167, citing People v. Harvey (1979) 25 Cal.3d 754.) In People v. Hoffman (2015) 241 Cal.App.4th 1304, 1310–1311, the court held that a Harvey waiver does not allow consideration of dismissed counts for purposes of determining eligibility under Proposition 47. Respondent does not argue otherwise.
People v. Thomas, supra.
It also appended another footnote to the third sentence in the paragraph quoted above:
Trugman Music was identified in counts 3 and 4; Wildwoods Studio in counts 9 and 10. It is unclear from the record under which count restitution was awarded to Matthew Hebard, whose name appears in neither the information nor the probation report.
People v. Thomas, supra.
The court then took up the issue in the case, explaining that
[i]n November 2014, appellant petitioned for resentencing under Proposition 47. In considering whether appellant's conviction on count 1 satisfied the elements of section 459.5, the court reasoned that a law office offers services for sale. It assumed that the office had been open for business, based on the representation of appellant's Proposition 47 counsel, who had spoken to appellant's counsel in the underlying case. The court found that the value of the property taken from the law office exceeded $950, citing `the stipulation to the amount of damage to that one count.’ Because it believed itself bound by appellant's stipulation to the amount of loss on count 1, the court declined to consider his argument that there was conflicting evidence of the value of the lost property: the probation report listed the value of the computer taken from the law office at $1,500, but the victim signed a restitution request for $500.
People v. Thomas, supra.
The court also added a footnote after the last sentence in the above paragraph, in which it explained that
[i]n addition to the computer valued at $1,500, the probation report lists the law office property loss as including a camera valued at $200, a briefcase valued at $50, a USB drive valued at $30, and an iPod valued at $40. Appellant relied on records turned over to him by his attorney in the underlying case. Those records were not received by the court, and are not part of the record on appeal.
People v. Thomas, supra.
The Court of Appeal then took up Thomas’ argument that what he did fell within the definition of California’s new crime of misdemeanor shoplifting. People v. Thomas, supra. It began by explaining that
[e]ntry into an uninhabited building with intent to commit larceny or another felony is second-degree burglary, a wobbler offense that may be punished as either a felony or a misdemeanor. (§§ 459, 460, 461.) Section 459.5, added by Proposition 47, creates the misdemeanor crime of shoplifting, which it defines as `entering a commercial establishment with intent to commit larceny while that establishment is open during regular business hours, where the value of the property that is taken or intended to be taken does not exceed nine hundred fifty dollars ($950).’ (§ 459.5, subd. (a).) Proposition 47 also added section 1170.18, which allows persons previously convicted of felonies that would be misdemeanors under the voter initiative to petition for resentencing. (People v. Sherow (2015) 239 Cal.App.4th 875, 878–879.)
People v. Thomas, supra.
The court went on to explain that
[r]espondent argues that burglarizing a law office is not shoplifting because a law office, unlike a bank, is not a commercial establishment. We do not agree.

Respondent also argues that Proposition 47 does not apply to the theft of items not offered for sale, such as a lawyer's computer containing confidential information. As many courts have recognized, on its face, the definition of shoplifting in section 459.5 is not limited to taking merchandise offered for sale. (See e.g. People v. Franske, supra, 6 Cal.App.5th at p. 1060; People v. Hallam (2016) 3 Cal.App.5th 905, 912; People v. Holm, supra, 3 Cal.App.5th at p. 147; People v. Hudson, supra, 2 Cal.App.5th at p. 582; People v. Fusting (2016) 1 Cal.App.5th 404, 411; but see People v. Colbert (2016) 5 Cal.App.5th 385, 391.)
People v. Thomas, supra (emphasis in the original).
The Court of Appeal then points out that
[t]he problem with reclassifying theft offenses as misdemeanors where private information is stolen is not limited to cases implicating attorney-client confidentiality, contrary to what respondent appears to suggest. The issue is currently pending before the California Supreme Court in cases involving financial transactions. (See e.g. People v. Gonzales (2015) 242 Cal.App.4th 35, review granted Feb. 17, 2016, S231171 [whether entering bank to cash forged checks is shoplifting]; People v. Cuen (2015) 241 Cal.App.4th 1227, review granted Jan. 20, 2016, S231107 [whether conviction for possession of access card account information under § 484e, subd. (d) is eligible for section 1170.18 resentencing]; People v. Romanowski (2015) 242 Cal.App.4th 151, review granted Jan. 20, 2016, S231405 [same].) Thus, respondent's premise that the burglary of a law office raises fundamentally different confidentiality concerns than the burglary of a financial institution is flawed.

Even assuming that the definition of shoplifting in section 459.5 lends itself to the narrower construction advocated by respondent, that would only render it ambiguous. The ballot materials do not support such a construction as they direct that the act be construed `broadly . . . to accomplish its purposes.’ (Cal. Voter Information Pamp., Gen. Elec. (Nov. 4, 2014) text of Prop. 47, p. 74, § 15; see also id. at p. 74, § 18 [act shall be “liberally construed to effectuate its purposes”].) The voters intended `nonserious, nonviolent crimes like petty theft and drug possession” to be “misdemeanors instead of felonies.’ (Id. at p. 70, § 3, subds. (3) & (4).) We see no indication that the voters intended the theft of personal property that incidentally contained private confidential information to fall outside the scope of Proposition 47. For example, the initiative made check forgery a misdemeanor where the value of the check does not exceed $950, unless the defendant is convicted of forgery and identity theft, as defined in section 530.5. (§ 473.) If the potential for identity theft, without an actual conviction, is insufficient to preclude reclassifying check forgery as a misdemeanor, then stealing a lawyer's computer that happens to contain confidential client information should not preclude reclassification either.

We are not convinced that burglary of a law office that involves taking a computer which happens to contain confidential information is outside the scope of Proposition 47.
People v. Thomas, supra.
The court then went on to outline its analysis of, and ruling on, the issues in this appeal:
Section 459.5, subdivision (a) also requires that (1) the burglarized commercial establishment be `open during regular business hours,’ and (2) the value of the property taken or intended to be taken not exceed $950.

The trial court assumed appellant entered the law office during regular business hours based on the following statement by appellant's Proposition 47 counsel: `From speaking to [appellant's counsel in the underlying case], she indicated to me that the—Well, there was various offices in—that were involved in the case originally and in the original counts. I think all of them were open for business. I don't think they were involved in the sales of anything, but they were all open for business.’ Appellant argues that respondent forfeited the challenge that his counsel's representation was not evidence by failing to object. But the contention that a judgment or order is not supported by evidence generally does not require an objection in the trial court. (See People v. Butler (2003) 31 Cal.4th 1119, 1126.)

As to the second requirement, respondent concedes the trial court mistakenly believed that, in the underlying case, appellant had stipulated to the value of the property taken in count 1. The record on appeal does not show a stipulation as to that count. At the hearing on his Proposition 47 petition, appellant brought the court's attention to discrepancies in the valuations of that property in the probation report and in a victim's request for reimbursement. The court rejected appellant's argument on the mistaken belief that appellant had stipulated to the value of the loss in count 1 and did not consider the evidence on which appellant relied.
People v. Thomas, supra.
The Court of Appeal then articulated its ruling in the case:
The trial court must make factual findings about appellant's eligibility for resentencing in the first instance. (People v. Contreras (2015) 237 Cal.App.4th 868, 892.) The court's findings that appellant entered the law office during business hours and that he stipulated that the value of the property he took exceeded $950 are unsupported by the record on appeal. Representations made by appellant and his counsel at the hearing indicate that the factual record may be developed further. The trial court has `substantial flexibility to devise practical procedures to implement Proposition 47, so long as those procedures are consistent with the proposition and any applicable statutory or constitutional requirements. [Citation.]’ (People v. Fedalizo (2016) 246 Cal.App.4th 98, 108.) On remand, the court may exercise its discretion whether determining appellant's eligibility requires augmentation of the factual record either by allowing the parties to submit additional evidence or by holding a hearing.
People v. Thomas, supra. The court appended a footnote to the last sentence in the last paragraph above, in which it explained that

[w]e do not accept appellant's alternative argument that he is eligible for resentencing under section 490.2, which increased the value requirement for petty theft to $950. Appellant was convicted of burglary, not grand theft. Section 459.5, subdivision (a) specifically provides that an entry into a commercial establishment with intent to commit larceny that does not satisfy the definition of shoplifting is burglary. Reading section 490.2 as implicitly amending the definition of burglary in section 459 would render section 459.5 superfluous because it would reduce any burglary conviction based on theft not exceeding $950 to a misdemeanor, regardless of the type of building entered. We do not construe Proposition 47 in a manner that would render an entire statutory provision superfluous. (See People v. Hall (2016) 247 Cal.App.4th 1255, 1266.)
People v. Thomas, supra.
The court therefore held that “[t]he order is reversed and the matter is remanded for further proceedings consistent with this opinion.” People v. Thomas, supra.
Posted by Susan Brenner at 10:24 AM