First-Degree Murder, the Cell Site Simulator and the Fourth Amendment 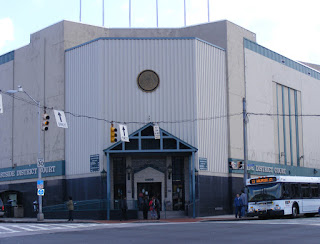 This post examines an opinion from the Court of Special Appeals of Maryland: State v. Andrews, 134 A.3d 324 (2016). The court begins the opinion by explaining that
[t]his case presents a Fourth Amendment issue of first impression in this State: whether a cell phone—a piece of technology so ubiquitous as to be on the person of practically every citizen—may be transformed into a real-time tracking device by the government without a warrant.

On the evening of May 5, 2014, the Baltimore City Police Department (BPD) used an active cell site simulator, without a warrant, to locate Appellee Kerron Andrews who was wanted on charges of attempted murder. The cell site simulator, known under the brand name `Hailstorm,’ forced Andrews's cell phone into transmitting signals that allowed the police to track it to a precise location inside a residence located at 5032 Clifton Avenue in Baltimore City. The officers found Andrews sitting on the couch in the living room and arrested him pursuant to a valid arrest warrant. The cell phone was in his pants pocket. After obtaining a warrant to search the residence, the police found a gun in the cushions of the couch.
State v. Andrews, supra.
The opinion goes on to note that
[i]n the Circuit Court for Baltimore City, Andrews successfully argued that the warrantless use of the Hailstorm device was an unreasonable search under the Fourth Amendment of the United States Constitution. The court suppressed all evidence obtained by the police from the residence as fruit of the poisonous tree. The State, pursuant to Maryland Code (1973, 2013 Repl.Vol., 2015 Supp.), Courts and Judicial Proceedings Article (`CJP’), § 12–302(c)(4), now appeals the court's decision to suppress that evidence.
State v. Andrews, supra. The Baltimore Sun news story you can find here puts the issue of law enforcement’s use of cell site simulators into an empirical context.  And the news story you can find here provides a little more information about the investigation in which the issue arose.
The opinion goes on to note that the appeal, as argued by the State of Maryland, involved four related issues, the first of which is the focus of this post: “Did the motions court err in finding that the use of a cellular tracking device to locate Andrews's phone violated the Fourth Amendment?” State v. Andrews, supra.
The opinion went on to outline how the cell site simulator was used in this case, which the opinion refers to as “Cell Phone in a Hailstorm”:
As soon as Det. Spinnato obtained the pen register\trap & trace order on May 5, he sent a copy to the BPD's Advanced Technical Team (the `ATT’). The ATT then issued a form request to the service provider (Sprint) for the following: subscriber information; historical cell site location information (`CSLI’) for the period from April 5 to May 5, 2014; pen register data for 60 days; and precision GPS data from Andrews's phone.  An additional request followed for `GPS Precise Locations and email.’

Later on the same day—May 5—Det. Spinnato began receiving emails from ATT with GPS coordinates for Andrews's cell phone (within a range of a 200 to 1600 meter radius). Det. Spinnato and officers from the Warrant Apprehension Task Force (`WATF’) proceeded to the general area and waited until they received information from ATT that the cell phone was in the area of 5000 Clifton Avenue, Baltimore City. They proceeded to an area where there were approximately 30 to 35 apartments around a U-shaped sidewalk. Detective John Haley from ATT arrived and, using a cell site simulator known by the brand name `Hailstorm,’ was able to pinpoint the location of the cell phone as being inside the residence at 5032 Clifton Avenue.

Det. Spinnato knocked on the door and, after obtaining the consent of the woman who answered, entered the residence along with several other officers. They found Andrews seated on the couch in the living room with the cell phone in his pants pocket. Det. Spinnato arrested Andrews and secured the location until a search warrant could be obtained. Once they had the warrant, the BPD searched the home and found a gun in the couch cushions.
State v. Andrews, supra.
While the Court of Special Appeals went on to outline a detailed analysis of the applicable law and the facts in the case, it essentially articulated its holding in the case early in the opinion:
We conclude that people have a reasonable expectation that their cell phones will not be used as real-time tracking devices by law enforcement, and—recognizing that the Fourth Amendment protects people and not simply areas—that people have an objectively reasonable expectation of privacy in real-time cell phone location information. Thus, we hold that the use of a cell site simulator requires a valid search warrant, or an order satisfying the constitutional requisites of a warrant, unless an established exception to the warrant requirement applies.

We hold that BPD's use of Hailstorm was not supported by a warrant or an order requiring a showing of probable cause and reasonable limitations on the scope and manner of the search. Once the constitutionally tainted information, obtained through the use of Hailstorm, was excised from the subsequently issued search warrant for 5032 Clifton Avenue, what remained was insufficient to establish probable cause for a search of that residence. Because the antecedent Fourth Amendment violation by police provided the only information relied upon to establish probable cause in their warrant application, those same officers cannot find shelter in the good faith exception, and the evidence seized in that search withers as fruit of the poisoned tree. We affirm.
State v. Andrews, supra.
The detailed factual and legal analysis the court outlines in the later sections of the opinion is very thoughtful and very carefully crafted.  Unfortunately, the extent of the detail prevents me from doing a detailed summary of the analysis. But if you would like to read the full opinion, you can find it here: http://www.mdcourts.gov/opinions/cosa/2016/1496s15.pdf
Toward the end of its detailed opinion, the Court of Special Appeals explains that
[w]e determine that cell phone users have an objectively reasonable expectation that their cell phones will not be used as real-time tracking devices through the direct and active interference of law enforcement. We hold, therefore, that the use of a cell site simulator, such as Hailstorm, by the government, requires a search warrant based on probable cause and describing with particularity the object and manner of the search, unless an established exception to the warrant requirement applies.
State v. Andrews, supra.
The references to a search warrant based on probable cause and particularly describing the nature and manner of the search in the paragraph above is, of course, an invocation of the requirements the Fourth Amendment to the U.S. Constitution imposes on “searches” that are conducted by law enforcement and/or other state agents. This Wikipedia entry explains how the term “search” is defined for the purposes of applying this provision of the Fourth Amendment.  And this Wikipedia entry does the same thing for the other Fourth Amendment “event, i.e., a “seizure” of a person or of property.
The very detailed opinion goes on to reject the government’s argument that the evidence should not be excluded, pursuant to the exclusionary rule, because the information then available to the officers investigating Andrews was not sufficient to establish “probable cause” which would have supported the applicability of the exceptions to the Fourth Amendment’s default requirement that officers obtain a search and seizure warrant before they embark on either or both.
And as I noted above, you can, if you find this case interesting, read the full, detailed opinion at the link I included above and repeat here:
http://www.mdcourts.gov/opinions/cosa/2016/1496s15.pdf


You might want to check the opinion, if only because it goes into the technical aspects of the use of the cell site simulator and its implications for Constitutional privacy.
Posted by Susan Brenner at 4:18 PM