Aggravated identity theft, Repeated Use of a Person's Identity and the Real Person 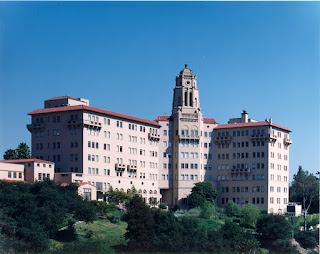 This post examines a recent opinion from the U.S. Court of Appeals for the 9th Circuit: U.S. v. Doe, 842 F.3d 1117 (2016). The court begins by explaining that
John Doe appeals from his convictions of aggravated identity theft under 18 U.S. Code § 1028A, for knowingly possessing and using the name, birth date, and social security number of another person when he applied to renew a Nevada driver's license and when he submitted a Form I-9 Employment Eligibility Verification form to his employer.

Doe contends that the Government failed to prove an element of the offense—specifically that he knew that the false identity he used belonged to a real person. He also challenges the reasonableness of his 78-month sentence.

This case presents the question, not previously addressed by this Court, of whether evidence of a defendant's repeated submission of false identifying information as part of successful applications to a government agency is sufficient to permit a reasonable jury to find that the defendant knew that the information belonged to a real person.
U.S. v. Doe, supra. This post only examines Doe’s challenge to the government’s having proved an essential element of the offense; it does not examine his argument regarding his sentence.
The Court of Appeals appended this footnote to the first mention of “John Doe” in its opinion: “To the date of this writing the Defendant, who has refused to provide his name, has not been affirmatively identified and is referred to as `John Doe.’” U.S. v. Doe, supra.
The court goes on to explain how, and why, the prosecution arose:
The victim of Doe's identity theft, referred to herein as `V,’ was born in San Jose, California in 1963 and, in or about 1977, was assigned a social security number and card. No later than 1987, V's uncle sold V's birth certificate and provided his social security number to a man, not identified at trial. In 1987, someone, most likely Doe, used V's birth certificate, name, and social security number to obtain a `replacement’ social security card from the Social Security Administration. For some 27 years, until Doe's arrest in 2014, V's identification was used without his authorization, most likely by Doe. In this regard, V received notices from the Social Security Administration (approximately every three years) that his name and social security number were being used in connection with multiple jobs in different places, including Nevada, with which V had no connection.

The evidence establishes that Doe's use of V's identity began no later than 2002 when Doe obtained a driver's license upon an application to the Nevada Department of Motor Vehicles (`DMV’) that contained Doe's photograph but V's name and birth date. Doe renewed this license multiple times by resubmitting V's identifying information and had such a license in his possession when arrested in 2014.

On or around May 15, 2013, Doe submitted such a driver's license together with a social security card with V's number to Doe's employer with a Form I-9 Employment Eligibility Verification.

The unauthorized use of V's identity caused him problems for approximately three decades. In the 1990s, his driver's license was suspended twice—including once while he was employed as a truck driver—because of DUIs committed in a different state by another person using his social security number. Tax refund checks due to him from the IRS were sent to a person in Nevada using his social security number. His wages were garnished three times to pay child support for children that were not his. More likely than not, these problems were caused by Doe's misuse of V's identity. In any event, it is clear that in 2013 V's unemployment benefits were halted because of child support payments owed (and not made) by Doe. V contacted Doe's employer to notify it that an employee was unlawfully using his identity.

On or around June 4, 2014, Doe was arrested in connection with a fraud investigation conducted by the Nevada DMV and the Department of Homeland Security. At that time, he was found to be in possession of a Nevada driver's license bearing his photo and V's identification information.
U.S. v. Doe, supra.
The Court of Appeals then takes up the legal issue involved in this appeal:
Doe was charged with two counts of aggravated identity theft under 18 U.S. Code § 1028A, unlawful production of an identification document under 18 U.S. Code § 1028(a)(1), and false attestation in an immigration matter in violation of 18 U.S. Code §1546(b)(3). At trial, he was convicted on all charges. The district court sentenced Doe to 78 months of incarceration.

Doe appeals, challenging (1) the sufficiency of the evidence upon which his aggravated identity theft convictions were based, and (2) the reasonableness of his sentence.
U.S. v. Doe, supra. This post only examines Doe’s challenge to the sufficiency of the evidence; it does not examine the sentence.
The Court of Appeals analyzed the arguments Doe made on appeal in the order in which they are set out above. U.S. v. Doe, supra. It began by outlining the standard of review it employ in reviewing a conviction:
This Court reviews the sufficiency of evidence supporting a defendant's conviction de novo. We must construe the evidence `in the light most favorable to the prosecution’ and must affirm the conviction if `any rational trier of fact could have found the essential elements of the crime beyond a reasonable doubt.’ United States v. Nevils, 598 F.3d 1158, 1161 (9th Cir. 2010) (en banc) (quoting Jackson v. Virginia, 443U.S. 307, 319 (1979)).
U.S. v. Doe, supra (emphasis in the original).
The went on to find that the “evidence was sufficient”. U.S. v. Doe, supra. And it explained that
Title 18 U.S. Code § 1028(A) provides that a person who `knowingly transfers, possesses, or uses, without lawful authority, a means of identification of another person’ in connection with an enumerated felony shall be sentenced to two years imprisonment. 18 U.S. Code § 1028A (2012).

To prove a violation of § 1028A, the Government must prove beyond a reasonable doubt that:

While direct evidence of the knowledge element is often presented in § 1028A prosecutions, this Court has recognized that the element can be proven by circumstantial evidence. See Miranda–Lopez, 532 F.3d at 1040 (citing United States v. Villanueva–Sotelo, 515 F.3d 1234, 1249 (U.S. Court of Appeals for the D.C. Circuit 2008) (`[P]roving the defendant knew the stolen identification belonged to another person should present no major obstacle, as such knowledge will often be demonstrated by the circumstances of the case.’)). Thus, the issue here presented is whether the circumstantial evidence was sufficient to establish Doe's knowledge that the identity of V was that of a real person.
U.S. v. Doe, supra.
The court then noted that
[w]hen `determining the sufficiency of circumstantial evidence, the question is not whether the evidence excludes every hypothesis except that of guilt but rather whether the trier of fact could reasonably arrive at its conclusion.’ United States v. Nevils, supra (quoting United States v. Eaglin, 571 F.2d 1069, 1076 (1977)).
U.S. v. Doe, supra.
It went on to explain that
[t]he Government presented ample circumstantial evidence to establish Doe's knowledge that V was a real person. Most persuasive was proof of Doe's repeated success in obtaining renewed Nevada driver's licenses bearing Doe's photograph and V's name, date of birth, and social security number. In this regard, the Government introduced copies of applications to the DMV for Nevada driver's licenses and state identity cards in V's name. The “image history” associated with the applications dating back to 2002 showed photographs of Doe taken when he applied for reissuances of the driver's license and/or identity cards in V's name. Denise Riggleman, a DMV Compliance Enforcement Investigator, described the process involved in obtaining a new license or identity card through the Nevada DMV. Ms. Riggleman testified that new applicants must present proof of identity documents, such as a social security card or birth certificate, along with their applications to a DMV technician in person. This information is input into the DMV computer system, and the actual license is mailed to the applicant seven to ten days later.

In addition, the Government proved that Doe had submitted such a Nevada driver's license and a social security card in V's name as proof of identity in connection with an I-9 Employment Verification Form that he submitted to his employer.
U.S. v. Doe, supra.
The opinion goes on to explain that,
[i]n regard to the knowledge element of the § 1028A charge, the district court instructed the jury:

`Repeated and successful testing of the authenticity of a victim's identifying information by submitting it to a government agency, bank or other lender is circumstantial evidence that you may consider in deciding whether the defendant knew the identifying information belonged to a real person as opposed to a fictitious one. It is up to you to decide whether to consider any such evidence and how much weight to give it.

In sum, the Court holds that the circumstantial evidence presented, establishing Doe's repeated successful use of V's identification information, sufficed to permit the jury to find that he knew that V was a real person. Hence, he was properly convicted on two counts charging aggravated identity theft in violation of 18 U.S. Code § 1028A.
U.S. v. Doe, supra.


(And if you are wondering, the Court of Appeals affirmed Doe’s conviction and his sentence. U.S. v. Doe, supra.)
Posted by Susan Brenner at 5:05 PM