“Possession of Unauthorized Access Devices,” Aiding and Abetting and the “Search” 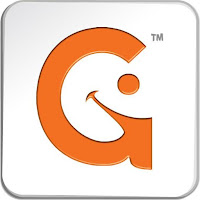 This post examines a recent opinion from the U.S. Court of Appeals for the 5th Circuit:  U.S. v. Turner, 2016 WL 5947247 (2016). As courts usually do, the court begins by explaining how, and why, the prosecution arose:
Courtland Turner was riding in a car driven by Roderick Henderson that was pulled over for lacking a visible license plate light. Henderson failed to show the officer a valid driver's license, providing him instead with a Texas identification card. Turner likewise provided the officer with an identification card.

The officer retreated to his patrol car to conduct a records check and verify Turner's and Henderson's identities. In doing so, he discovered that Turner had an active arrest warrant for possession of marijuana. As a result, the officer asked Turner to exit the vehicle; he complied. As Turner exited the vehicle, the officer observed an opaque plastic bag partially protruding from the front passenger seat. It appeared to the officer that someone attempted to conceal the bag by pushing it under the seat.

After conferring with other officers about past experiences with stolen gift cards, the officer seized the gift cards as evidence of suspected criminal activity. Henderson was ticketed for failing to display a driver's license and signed an inventory sheet that had an entry for 143 gift cards. Turner was arrested pursuant to his warrant.

The officer, without obtaining a search warrant, swiped the gift cards with his in-car computer. Unable to make use of the information shown, the officer turned the gift cards over to the Secret Service. A subsequent scan of the gift cards revealed that at least forty-three were altered, meaning the numbers encoded in the card did not match the numbers printed on the card. The investigating officer also contacted the stores where the gift cards were purchased—a grocery store and a Walmart in Bryan, Texas. The stores provided photos of Henderson and Turner purchasing gift cards.
U.S. v. Turner, supra.
The opinion goes on to explain that

Turner was charged with aiding and abetting the possession of unauthorized access devices. He moved to suppress evidence of the gift cards, challenging both the roadside seizure of the cards and the subsequent examination of the magnetic stripes. The district court denied Turner's motion, finding that, although Turner had standing to seek suppression, there was no constitutional violation because (1) Henderson provided consent for the seizure of the gift cards and (2) the later examination of the cards did not constitute a search. Turner entered a conditional guilty plea, reserving his right to appeal the suppression ruling.

U.S. v. Turner, supra.
The Court of Appeals prefaced its analysis of the issues in the appeal by explaining that

`When examining a district court's ruling on a motion to suppress, we review questions of law de novo and factual findings for clear error.’ U.S. v. Hearn, 563 F.3d 95, 101 (5th Circuit  2009). We view the evidence in the light most favorable to the prevailing party, U.S. v. Hernandez, 279 F.3d 302, 306 (5th Cir. 2002), and may `affirm the district court's ruling ... based on any rationale supported by the record.’ United States v. Waldrop, 404 F.3d 365, 368 (5th Cir. 2005).
As the party seeking suppression, Turner `has the burden of proving, by a preponderance of the evidence, that the evidence in question was obtained in violation of his Fourth Amendment rights.’ U.S. v. Smith, 978 F.2d 171, 176 (5th Cir. 1992) (citing Rakas v. Illinois, 439 U.S. 128, 131 n.1, 133–34 (1978)). That burden includes establishing standing to contest the evidence, U.S. v. Iraheta, 764 F.3d 455, 460–61 (5th Cir. 2014), and showing that the challenged government conduct constitutes a Fourth Amendment search or seizure. U.S. v. Smith, supra.
U.S. v. Turner, supra.
The Court of Appeals then began its analysis of the issues in the case by explaining that
[w]e agree with the district court that Turner may challenge the seizure of the gift cards. He jointly possessed the cards with Henderson, and the bag containing them was found underneath where he was sitting. See U.S. v. Iraheta, supra (explaining that passengers of a vehicle have standing to challenge seizure of their luggage); U.S. v. Miller, 608 F.2d 1089, 1101 (5th Cir. 1979) (treating a plastic portfolio as personal luggage subject to Fourth Amendment search requirements).
Turner agrees that by handing the bag to the officer in response to his question about its contents, Henderson consented to the officer's initial seizure of, and look inside, the bag. But he disagrees with the district court's conclusion that Henderson's consent extended to the officer's taking permanent possession of the gift cards. We need not resolve this dispute over the scope of Henderson's consent, because we find another lawful basis for the seizure of the gift cards.
U.S. v. Turner, supra.
The opinion went on to explain that the
taking of physical items like gift cards is a seizure that requires either a warrant or some other justification that renders such an intrusion reasonable under the Fourth Amendment. See U.S. v. Paige, 136 F.3d 1012, 1022 (5th Cir. 1998). One situation in which a warrant may not be required occurs when police `seize evidence in plain view.’ Arizona v. Hicks, 480 U.S. 321, 326 (1987) (emphasis omitted) (quoting Coolidge v. New Hampshire, 403 U.S. 443, 465 (1971)). For a plain-view seizure to be lawful, the officer must have had lawful authority to be in the location from which he viewed the evidence, and the incriminating nature of the item must be `immediately apparent.’ Horton v. California, 496 U.S. 128, 136 (1990) (quoting Coolidge v. New Hampshire, supra). As the officer obviously had authority to be standing on the side of the road when he observed the gift cards (the lawful authority requirement typically arises when the police observe the item while inside a home), Turner contests only whether it was immediately apparent that the cards were instrumentalities of a crime.
U.S. v. Turner, supra.
The Court of Appeals then explained that the
`[t]he incriminating nature of an item is immediately apparent if the officers have probable cause to believe that the item is either evidence of a crime or contraband.’ U.S. v. Buchanan, 70 F.3d 818, 826 (5th Cir. 1996). To have probable cause, `it is not necessary that the officer know that the discovered res is contraband or evidence of a crime, but only that there be “a “practical, nontechnical” probability that incriminating evidence is involved.”’ U.S. v. Espinoza, 826 F.2d 317, 319 (5th Cir. 1987) (quoting Texas v. Brown, 460 U.S. 730, 742–43 (1983)). When reviewing probable cause determinations, we `consider the totality of the circumstances—including the officers' training and experience as well as their knowledge of the situation at hand.’ U.S. v. Buchanan, supra.
U.S. v. Turner, supra.
The Court of Appeals then began its analysis of the issue in this case, explaining that the
circumstances here were as follows: the plastic bag contained approximately 100 gift cards and appeared to have been concealed under the front passenger seat. Henderson admitted not having receipts for the gift cards and further stated that he and Turner purchased the gift cards from an individual who sells them for a profit. The officer, upon learning this, conferred with other officers who had experience with large numbers of gift cards being associated with drug dealing, fraud, and theft. We conclude that these facts support probable cause to believe the gift cards were contraband or evidence of a crime. See U.S. v. Watson, 273 F.3d 599, 602 (5th Cir. 2001) (describing probable cause as a `fair probability’ that a crime occurred, which is `more than a “bare suspicion” but less than a preponderance of the evidence’ (quoting U.S. v. Garcia, 179 F.3d 265, 269 (5th Cir. 1999))).