The Internet Search Engine, Confidential Informants and the Fourth Amendment 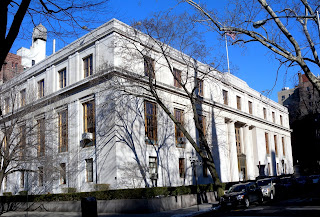 This post examines a recent opinion from the Supreme Court –Kings County, New York:  People v. Pierre, 2016 WL 1229083 (2016).  The court begins by explaining that Jimmy Pierre, the defendant in this case,
moves to controvert the search warrant issued in this case, and for suppression of evidence seized pursuant to its execution. The People oppose. In deciding this motion, the court reviewed defendant's Motion to Controvert, the People's Affirmation in Opposition and defendant's Response to the People's Opposition. The court also examined unredacted copies of the search warrant and supporting affidavit presented to the issuing judge, a copy of the applicable Terms of Service from Google, and an affidavit from a Google manager, all submitted by the People.
People v. Pierre, supra.
The opinion goes on to explain that
[p]ursuant to a complaint received on April 24, 2014, defendant was arrested on July 3, 2014, and indicted under Indictment No.5362/2014 (hereinafter the 2014 indictment) for Course of Sexual Conduct Against a Child in the First Degree (P.L. § 130.75[1][a] ) and other charges. The offenses alleged under this indictment took place at 47 McKeever Place in Kings County.

On September 11, 2014, Detective Luciana Queiroga, acting upon information received from the National Center for Missing and Exploited Children (hereinafter NCMEC), showed the Assistant District Attorney prosecuting defendant under the 2014 indictment 14 images of child pornography. The 14 images in question had been uploaded to a Google Picasa account. They were detected by Google, confirmed by means of a manual human review  and subsequently reported to NCMEC's CyberTip line on or about August 20, 2013.  Detective Queiroga's investigation, which included subpoenas to Google and relevant cellular service providers, determined that the Google Picasa account to which the images were uploaded belonged to defendant, whose address was 47 McKeever Place in Kings County. Upon reviewing the images the Assistant District Attorney determined that the subject depicted is the complaining witness in the 2014 indictment.

On September 17, 2014, Detective Queiroga applied to a judge of this court for a warrant to search 47 McKeever Place for property, including computer equipment, electronic media storage devices, cameras, cellular telephones and physical records. The search warrant application also requested authority for forensic examination of any electronic devices recovered as a result of the search. The issuing judge granted the application and signed the search warrant as submitted. It was executed the next day. The property recovered during the execution of the warrant included computers, cellular telephones and electronic media storage devices. Forensic examination led to the discovery of 47 images of child pornography.

On June 4, 2015, defendant was indicted on 47 counts of Possessing a Sexual Performance by a Child (P.L. § 263.16–one for each image recovered in the search) and other charges, under Indictment # 3505/2015. The present motion practice ensued.
People v. Pierre, supra.  Pierre made a number of arguments on appeal, but this post only examines some of them -- the ones I thought were most interesting.
The court went on to explain that Pierre made
three arguments in support of his motion to controvert: 1) that the information supplied to the issuing judge in support of the search warrant failed to establish the reliability and basis of knowledge of the informant and thus failed to provide probable cause for the search; 2) that Google and NCMEC acted as agents of the government, and therefore violated defendant's Fourth Amendment rights, by accessing and examining the images in question without a search warrant; and 3) that the information forming the basis for the search warrant was too stale to provide probable cause.
People v. Pierre, supra.
Pierre’s first argument on appeal was that
the search warrant must be controverted, pursuant to Aguilar v. Texas, 378 U.S. 108 (1964), and Spinelli v. United States, 393 U.S. 410 (1969), because the People failed to establish probable cause for the search by demonstrating to the issuing judge the reliability of a confidential informant, namely Google, and the basis for Google's knowledge of the images in question.

The People argue that the Aguilar–Spinelli test is inapplicable here, since Google is not a confidential informant and probable cause for the search warrant could be established without any reference to Google as the source of the information concerning the images in question.

Although defendant and the People accurately summarize the current state of New York law regarding the use of confidential informants in applications for search warrants, neither provides New York or federal precedent that addresses whether an internet search engine, such as Google, can be considered a confidential informant under these circumstances. Indeed, the authority offered by both sides pertains instead to individual confidential informants, who provided information related to potential searches of physical locations for tangible property.

Owing to the paucity of New York case law on the subject, the court relies, primarily, upon federal case law in reaching its decision. Although no federal court has specifically addressed the issue of an internet search engine as a confidential informant, the relevant case law does reveal a consistent pattern of facts from which this court can draw a reasonable conclusion on probable cause.

Upon defendants' motions to suppress or exclude evidence obtained as a result of the search warrants, the federal courts were called upon to consider whether the internet search engine or service provider was a private or government actor; whether the defendant waived Fourth Amendment rights by accepting the terms of service of the internet search engine or service provider; whether the information relied upon was too stale to provide probable cause; and whether the defendant had an expectation of privacy in the electronic media in question. While the various district courts may have reached differing conclusions on these issues, they are unanimous in their tacit acceptance of the reports made by the internet search engines or service providers in question. Not a single court in the above-referenced cases challenged the reliability of the information reported or the basis of knowledge of the reporter. The legal discussions proceed following recitations of facts which uniformly accept the initial reports without question.
People v. Pierre, supra.
The court went on to explain that,
[g]iven the absence of state and federal case law addressing the specific issue of internet search engines or service providers as confidential informants, it is reasonable for this court to consider that the federal courts, having addressed numerous issues surrounding the issuance of search warrants in digital child pornography cases in great detail, have demonstrated no skepticism toward the reliability and basis of knowledge of the information at the genesis of such investigations. Accordingly, having been presented with no relevant case law to support it, the court rejects defendant's assertion that Google acted as a confidential informant, requiring the issuing court to apply the Aguilar–Spinelli test in its evaluation of probable cause, and finds that there was sufficient probable cause for the search warrant.
People v. Pierre, supra.
Finally, the Supreme Court Judge took up Pierre’s argument that the information used to establish probable cause was “stale.” People v. Pierre, supra.  As I explained in a post I did several years ago, the defendant in a then-recent federal case
argued the evidence should be suppressed because the `warrant lacked probable cause because the information relied upon was stale.’ U.S. v. Silva, supra. The staleness principle adds a temporal element to the probable cause requirement. As one court noted, `[u]nder the staleness doctrine, “information supporting the . . . application for a warrant must show that probable cause exists at the time the warrant issues.”’ U.S. v. Meryl, 2009 WL 943574 (U.S. Court of Appeals for the Eleventh Circuit 2009).

The staleness doctrine is a matter of common sense: If an informant tells an officer that `a year ago they were selling drugs out of the house at 344 Brown Street, and I bought drugs from them’, that information probably can’t be used in establishing probable cause to search 344 Brown Street for drugs today. Because someone was selling drugs out of the house a year ago does not mean they’re selling drugs there today; to get a warrant to search 344 Brown Street, officers have to show probable cause to believe that drugs are being sold there now. Silva essentially claimed they hadn’t done that in his case.
Getting back to the Pierre case, that judge held that
`[p]robable cause is not to be determined by counting the number of days between the occurrence of the events relied upon and the issuance of the search warrant. Information may be acted upon as long as the practicalities dictate that a state of facts existing in the past, which is sufficient to give rise to probable cause, continues to exist at the time of the application for the search warrant’ (People v. Clarke, 173 A.D.2d 550, 550, 570 N.Y.S.2d 305 [2d Dept 1991]). . . .

In the case at bar, the evidence sought by means of the search warrant consisted of digital images stored electronically by means of computer equipment. Electronic media makes digital photographs, in particular, extremely convenient to collect and store. Additionally, one does not need to be a computer expert to know that digital images, even if deleted, are recoverable with the proper skills and equipment. Given the nature of the evidence sought, and the demonstrated likelihood that it would be found in digital form, it was reasonable for the issuing judge to conclude that a set of facts which existed in the past, sufficient to give rise to probable cause, continued to exist at the time of the application.

Although approximately one year had elapsed between Google's report to NCMEC and the application for the warrant, it was reasonable for the issuing judge to believe that such contraband would still exist. Therefore, the information relied upon by the judge was not too stale to provide probable cause for issuance of the search warrant.
People v. Pierre, supra.


For all these reasons, the judge denied Pierre’s “motion to controvert the search warrant . . . in its entirety.”  People v. Pierre, supra.
Posted by Susan Brenner at 9:33 AM