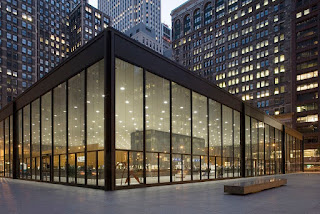 This post examines an opinion a U.S. District Court Judge who sits in the U.S. District Court for the Northern of Illinois recently issued in Beverly v. Watson, 78 F.Supp.3d 717 (2015).  She begins her opinion, as judges usually do, explaining how the lawsuit arose and what it involved:
Plaintiffs Phillip Beverly and Robert Bionaz are two professors at Chicago State University (`CSU’). The defendants are Wayne Watson (CSU's President), Patrick Cage (CSU's Vice President of Labor and Legal Affairs and CSU's General Counsel), and Janelle Carter (CSU's Associate General Counsel).  All three defendants were sued in their official and individual capacities.
The plaintiffs are regular contributors to a blog called CSU Faculty Voice that criticizes the administration at CSU (www.csufacultyvoice.blogspot.com). According to the plaintiffs, the CSU Faculty Voice blog is not hosted on CSU's servers. The plaintiffs assert that the defendants violated their First Amendment rights by trying to shut down the blog and adopting a `Cyberbullying Policy’ that prohibits electronic communications that may have an `adverse impact on the work environment of a CSU faculty member or employee.’ (Complaint at ¶ 2).
The Cyberbullying Policy prohibits `deliberate or repeated conduct’ that `harasses [or] intimidates an individual . . . . or has the effect of substantially disrupting the individual's daily life via the use of *electronic information and communication devices; [ ] the use of information and communication technologies to support a deliberate, repeated, and hostile course of conduct that is intended to harm others; or [ ] intentional and repeated harm through the use of computers, cell phones, and electronic devices.’ . . . The Cyberbullying Policy applies to `electronic speech,’ including `[e]xpressive conduct’ in any form that is conveyed via any means (e.g., tweets, blog postings, and text messages), regardless of whether it is associated with CSU computers.
Beverly v. Watson, supra.
She went on to explain that the
plaintiffs also challenge CSU's `Computer Usage Policy,’ which requires electronic communications, `including websites and blog posts on the university server,’ to `adhere to the University standards of conduct which prohibit any communication which tends to embarrass or humiliate any member of the community.’ . . . In addition, the plaintiffs allege that the defendants wrongly asserted trademark claims relating to the CSU Faculty Voice blog to chill the plaintiffs' First Amendment expression. Specifically, the plaintiffs allege that the defendants sought to prevent the plaintiffs from speaking by claiming, without basis, that the use of CSU's name and trademarks on the blog `caused confusion, diminished the University's brand, and implied CSU's endorsement of the blog's commentary.’ . . .

The complaint also contains a few broadly worded allegations about retaliation against plaintiff Beverly based on his criticism of CSU and its administration. . . . Specifically, Beverly contends that CSU canceled his reservation for a room where he planned to hold a meeting to discuss the repression of free speech at CSU. Beverly moved the meeting to a classroom space and some of the students from his public management class attended. CSU initiated disciplinary hearings against Beverly based on his holding of class in an unauthorized location. At an initial hearing on the disciplinary charges, CSU alleged that Beverly violated its policy that forbids professors from imposing their personal beliefs on students. It appears that the disciplinary charges against Beverly remain pending.
Beverly v. Watson, supra.
You can, if you are interested, read more about the facts in the case and the litigation in the news stories you can find here, here and here.
Next, the judge’s opinion says the “complaint contains four counts”, which are as follows:
1. Count I—`Facial challenge to violation of right to free speech under the plaintiffs' First and Fourteenth Amendment rights (42 U.S.Count § 1983) -- Computer Usage Policy) (all defendants)’

3. Count III—`As-applied Violation of plaintiffs' right to free speech under the First and Fourteenth Amendments (42 U.S. Code § 1983) (individual defendants).’ This count challenges the individual defendants' alleged efforts to shut down the CSU Faculty Voice blog or `sanction’ the plaintiffs for views expressed in the blog.

In turn, ripeness requires `an actual dispute between parties with adverse legal interests.’ See Kawasaki Heavy Indus., Ltd. v. Bombardier Recreational Prods., Inc., 660 F.3d 988 (U.S. Court of Appeals for the 7th Circuit 2011); see also Medimmune, Inc. v. Genentech, Inc., 549 U.S. 118 (2007) (holding that to determine if there is an actual controversy between the parties, the court must consider `whether the facts alleged, under all the circumstances, show that there is a substantial controversy, between parties having adverse legal interests, of sufficient immediacy and reality to warrant the issuance of a declaratory judgment’). “The difference between an abstract question calling for an advisory opinion and a ripe ‘case or controversy’ is one of degree, not discernible by any precise test.” Wisconsin. Environmental Decade, Inc. v. State Bar of Wisconsin, 747 F.2d 407 (U.S. Court of Appeals for the 7th Circuit 1984).
Beverly v. Watson, supra.
The judge then analyzed the issues of ripeness and standing, in that order.  She began with ripeness, i.e., with whether the plaintiffs
have alleged an actual or imminent injury that is concrete and particularized (standing). This inquiry overlaps with the requirement that a plaintiff allege sufficient facts to show that there is an actual dispute (ripeness). The court's consideration of these standards starts and ends with the plaintiffs' allegations about the cease and desist letter sent to Beverly regarding the CSU Faculty Voice blog.

According to the plaintiffs, the defendants collectively attempted to chill their First Amendment right to free speech by sending a cease and desist letter demanding that they shut down the blog. In that letter, in addition to assertions about the use of CSU's trademarks, Cage states that `the lack of civility and professionalism expressed on the blog violates the University's values and policies requiring civility and professionalism.’ . . .

The plaintiffs stress that this letter is dated one business day after a post appeared on the blog contending that a senior CSU administrator (Angela Henderson, CSU's Interim Provost and Senior Vice President for Academic Affairs) had partially falsified her resume. The plaintiffs allege that they fear discipline under the Computer Usage Policy for publishing the CSU Faculty Voice, even though that the blog is not hosted in CSU's servers. They also allege that the Computer Usage Policy is improperly vague and overbroad. Finally, they allege that they fear discipline under CSU's Cyberbullying Policy.

In contrast, the defendants contend that the reference to civility in the cease and desist letter does not show that CSU threatened the plaintiffs with legal action based on the Computer Usage or Cyberbullying Policies. The court disagrees. At this stage in the proceedings, the court must draw all reasonable inferences in the plaintiffs' favor. Ctr. for Dermatology and Skin Cancer, Ltd., supra.  The references to civility do not appear to be related to the claims of trademark infringement raised elsewhere in the cease and desist letter. It is eminently reasonable to read the letter as a demand to shut down the CSU Faculty Voice blog based on its alleged failure to meet CSU on-line civility standards.

It is also eminently reasonable to conclude that those civility standards are the ones memorialized in CSU's Computer Usage Policy, which requires electronic communications to “adhere to the University standards of conduct which prohibit any communication which tends to embarrass or humiliate any member of the community.” . . . The same goes for the Cyberbullying Policy, which could be read as prohibiting a series of negative blog posts.

The defendants assert that the inference that they were relying on the Computer Usage or Cyberbullying Policies is obviously wrong because the plaintiffs specifically allege that the blog is not hosted on a CSU server. According to the allegations in the complaint, however, CSU's Computer Usage Policy states that it `includ[es] websites and blog posts on the university server.’ . . . It is not explicitly limited to Internet websites and blog posts hosted on CSU's server. That is a possible interpretation of the policy but the court cannot make findings of fact at this stage of the proceedings. Similarly, the Cyberbullying Policy is not limited to communications made using CSU's computer equipment. Thus, the allegation that the blog is hosted on a non-CSU server does not negate the inference that the defendants were threatening the plaintiffs based on the Computer Usage and Cyberbullying Policies.

Here, the general tenor of the speech at issue is not speculative: the plaintiffs clearly wish to continue to criticize CSU's administration as they have done in the past. . . . (finding that the plaintiff did not have standing to pursue claims based on speech when the record did not show what conduct the plaintiff wished to engage in). Once the court accepts the plaintiffs' reading of the letter (which it must do given this case's procedural posture), the link between the defendants' actions and the alleged chilling of the plaintiffs' First Amendment rights is not speculative.
Beverly v. Watson, supra.


The judge therefore denied the defendants’ motion to dismiss, which means the case goes forward.  Beverly v. Watson, supra. Apparently, the most recent development in this case is the judge’s entering this July 31, 2015 order, which prohibits the defendants from communicating with and/or imposing sanctions on the plaintiffs for conduct involving the blog.
Posted by Susan Brenner at 9:40 AM