The Cell Phone, Search Incident to Arrest and the 4th Amendment 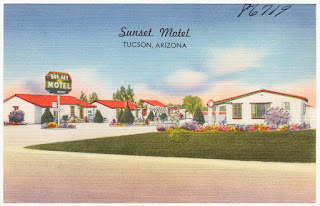 After a jury convicted Feliciano Ontiveros–Loya of “possession of a deadly weapon by a prohibited possessor” in violation of Arizona Statutes § 13-3102(A)(5), the trial judge sentenced him to “an eight-year prison term.” State v. Ontiveros–Loya, 2015 WL 3986142 (Court of Appeals of Arizona 2015). He then appealed his conviction. State v. Ontiveros–Loya, supra. If you are interested, you can read about how the prosecution arose in the news stories you can find here and here.
Arizona Statutes § 13-3101(A)(7) defines “prohibited possessor” as encompassing anyone who falls into any of seven categories.  The Court of Appeals begins its opinion by explaining how the case arose:

On an evening in May 2013, Ontiveros–Loya approached S.R. outside a motel in Tucson and told her if she did not go back to his motel room with him, he would shoot her. S.R. saw a gun tucked into Ontiveros–Loya's pants. He grabbed her arm, but she pushed away and fled.
A detective with the Pima County Sheriff's Department responded to a market near the motel after S.R. called 9–1–1. Detectives later found Ontiveros–Loya in his motel room. He initially identified himself as Oscar Lopez, but at some unspecified later time he provided his true name. The detectives asked for consent to search the room, which they testified Ontiveros–Loya gave. The detectives found a firearm magazine and a cell phone in the room. The cell phone included photographs of a silver handgun. Ontiveros–Loya was charged with one count of possession of a weapon by a prohibited possessor, one count of attempted kidnapping, and one count of aggravated assault.

abused its discretion by denying his motion to suppress the photographs found on his cell phone. We review the denial of a motion to suppress for an abuse of discretion. State v. Jacot, 235 Ariz. 224, 330 P.3d 981 (Arizona Court of Appeals 2014). We consider only the evidence presented at the suppression hearing, and we view that evidence in the light most favorable to sustaining the court's rulings. State v. Kinney, 225 Ariz. 550, 241 P.3d 914 (Arizona Court of Appeals 2010).

he had no access to the cell phone at the time of his arrest, the `search incident to arrest’ exception to the warrant requirement did not apply. He further contended that the search `exceeded the scope of any reasonable search incident to arrest.’ The state argued that officers were permitted to search Ontiveros–Loya's cell phone incident to his arrest because `[i]t is more than reasonable that deputies believed that [the] cell phone could contain evidence of the incident involving [S.R.].’ The state also contended that Ontiveros–Loya knowingly and voluntarily consented to a search of his motel room, where the phone was found, so its search `was permissibly within the scope of the search of [the] motel room.

The trial court denied the motion to suppress, stating


`the search incident to arrest in large part could be justified in the fact that [Ontiveros–Loya] gave conflicting information regarding his ID’ and `one of the reasons given eventually for the search of the cellphone data in the warrant was for identification purposes.’ The court concluded, `T]hat was a legitimate use of the phone as a search incident to arrest where having access to the phone would have assisted [detectives] in getting correct information to verify who [Ontiveros–Loya] was.’ The court also found `it was inevitable that [detectives] would discover the photographs’ of the gun.

State v. Ontiveros–Loya, supra.
The opinion goes on to explain that after the trial judge denied his motion to suppress,

State v. Ontiveros–Loya, supra.
The Court of Appeals then outlined the Fourth Amendment principles that were implicated by Ontiveros-Loya’s motion to suppress, explaining that the

Fourth Amendment of the United States Constitution and Article II, § 8, of the Arizona Constitution protect against unreasonable searches and seizures. Warrantless searches of homes are presumptively invalid, State v. Jacot, 235 Ariz. 224, 330 P.3d 981 (Court of Appeals of Arizona 2014), and motel rooms have been afforded the same protections as homes, see, e.g., State v. Davolt, 207 Ariz. 191, 84 P.3d 456 (Court of Appeals of Arizona 2004) (`Hotel guests are entitled to full constitutional protection against unreasonable searches and seizures’). The state carries the burden of proving that a warrantless search is constitutionally valid under an exception to the warrant requirement. See State v. Olm, 223 Ariz. 429, 224 P.3d 245 (Arizona Court of Appeals 2010).  In its ruling on the motion to suppress, the trial court concluded that the warrantless search of Ontiveros–Loya's cell phone was justified as a search incident to arrest.
In Chimel v. California, the United States Supreme Court considered `the permissible scope under the Fourth Amendment of a search incident to a lawful arrest.’ 395 U.S. 752 (1969). There, officers executing an arrest warrant searched the defendant's entire house incident to his arrest. Chimel v. California, supra. The Court offered two justifications for permitting searches of an arrestee's person incident to arrest—officer safety and the prevention of concealment or destruction of evidence. Chimel v. California, supra. The Court reasoned that `[w]hen an arrest is made, it is reasonable for the arresting officer to search the person arrested in order to remove any weapons that the latter might seek to use in order to resist arrest or effect his escape.’ Chimel v. California, supra.  In addition, `the area into which an arrestee might reach in order to grab a weapon or evidentiary items must, of course, be governed by a like rule’ because a weapon within the reach of an arrestee `can be as dangerous to the arresting officer as one concealed in the clothing of the person arrested.’ Chimel v. California, supra. Thus, the Court concluded, officers may search `the arrestee's person and the area “within his immediate control”—construing that phrase to mean the area from within which he might gain possession of a weapon or destructible evidence.’ Chimel v. California, supra.
The Court declined, however, to extend the exception to searches of an entire house. Chimel v. California, supra. The Court explained, `There is no comparable justification . . . for routinely searching any room other than that in which an arrest occurs—or, for that matter, for searching through all the desk drawers or other closed or concealed areas in that room itself.’ Chimel v. California, supra. Such searches must be made pursuant to a warrant, unless another exception applies. Chimel v. California, supra.

State v. Ontiveros–Loya, supra.
The Court of Appeals then noted that it had

found no Arizona case that applies Riley to the warrantless search of a cell phone located in the room where a person has been arrested, but not within the arrestee's reach. We conclude Chimel and Riley prohibit such a search. First, neither of the justifications identified in Chimel applies here. The cell phone was not within Ontiveros–Loya's reach because he was seated in the back of a patrol car during the search of the motel room, so he could not have used it to endanger the officers or destroy evidence. In addition, the detectives searched Ontiveros–Loya's photographs, implicating the privacy interests described by the Court in Riley. As the Court observed, `The sum of an individual's private life can be reconstructed through a thousand photographs labeled with dates, locations, and descriptions; the same cannot be said of a photograph or two of loved ones tucked into a wallet.’  Riley v. California, supra. Thus, we conclude the warrantless search of the cell phone was invalid under Chimel and Riley.

State v. Ontiveros–Loya, supra.
The court went on to explain that the trial judge in this case

also found the warrantless search justified because Ontiveros–Loya had given `conflicting information’ regarding his identity. The state cites no authority, and we have found none, that permits a search of a cell phone incident to arrest for the purpose of verifying the arrestee's identity. Even if such a search came within an exception to the warrant requirement, the evidence produced at the suppression hearing established only that Ontiveros–Loya initially gave a false name and at some unspecified time later provided his true name. There is no indication from the testimony presented at the hearing that the detectives had any reason to doubt Ontiveros–Loya's identity before they searched the cell phone. Thus, we conclude its search was not incident to his arrest and the court abused its discretion in denying the motion to suppress on that basis.

State v. Ontiveros–Loya, supra.
The court concludes its opinion by holding that

[f]or the foregoing reasons, the trial court's ruling denying Ontiveros–Loya's motion to suppress is vacated, the matter is remanded for the limited purpose of allowing the court to rule on the issue of consent to search the cell phone, and the remainder of the appeal is stayed. If the trial court rules Ontiveros–Loya consented to the search of the cell phone, it will cause a certified copy of its minute entry to be transmitted to the clerk of this court. If no objection to that ruling is presented to this court within fifteen days of the ruling, the stay will be lifted, and we will consider the remaining issues on appeal.

If the court finds Ontiveros–Loya did not consent to the search of the cell phone, it is directed to enter an order granting Ontiveros–Loya a new trial at which the evidence obtained from the phone will be suppressed and the stayed portion of this appeal will be dismissed as moot.

Posted by Susan Brenner at 6:52 AM