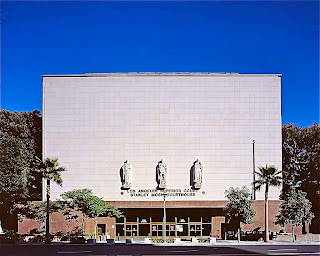 According to this opinion, in

2009, Wren and Toy (collectively, Defendants) were friends with one another and members of the East Side 87 Kitchen Crips gang. Defendants were also friends with Andrea Bryant, and are cousins to three of Bryant's children.

The opinion explains that the charges against Wren and Toy arose from these events:

In April 2009, Wren made it clear he disliked Bryant's boyfriend, Justin Matthews. Earlier that month, Matthews had not helped Wren when Wren got into a fist fight while defending Bryant's good name. Wren was still angry with Matthews in early October 2009, when he told Bryant, `[I]f I catch [Matthews] outside your house, I'll bust his head.’

On October 11, 2009, Toy shot Matthews. Earlier that morning, Toy had stopped by Bryant's apartment to visit and had looked around the apartment as he chatted with Bryant. After Toy left, Bryant walked to the apartment upstairs to see her cousin, Kendra Evans. Wren was there, and immediately stopped talking once Bryant entered the apartment.

Wren appeared to be angry with Bryant. When Bryant returned to her apartment, Wren followed her without saying a word, and sat down on the flowerbed three feet in front of the door to her apartment.

Wren pulled out his cell phone and appeared to be typing something. Moments later, Bryant glanced at her cell phone. She and Wren regularly used their phones to converse using AOL's Instant Messenger program. Bryant noticed that the status message for Wren's account had changed.

Toy and Wren watched Bryant leave the apartment complex. Minutes later, someone started knocking at the front door and all the windows of Bryant's apartment. Almost immediately after the knocking stopped, someone slid open the window in the master bedroom where Matthews was dozing.

Matthews jumped up off the bed just in time to see a gun and torso in a blue jacket emerge from behind the blinds. Toy had been wearing a blue jacket earlier that morning.

Matthews saw Toy's face and they asked each other `What's up?’ Toy then shot Matthews in the leg and shot at him a second time but missed. Bryant never saw Wren or Toy again.

admitted this evidence after an evidentiary hearing at which Bryant explained how AIM works. She testified that a user creates a username and password and gives that username to others who then add the user as a `buddy.’ The user can then either send person-to-person instant messages or can broadcast a `status’ update to all `buddies.’

People v. Toy, supra. And in another footnote, the court explains that the jury

heard Bryant's testimony on this point and saw a photograph Bryant took of her cell phone displaying the update. On appeal, Defendants do not dispute that the photograph accurately depicted what was on the phone. Instead, they focus on whether Wren sent the update.

The defendants made two arguments as to why the judge should not have admitted the evidence, the first of which was that

the status update was not properly authenticated. In their view, Bryant could not authenticate the update because she was not physically present when Wren allegedly typed the update, because she did not work for AOL, and because someone pretending to be Wren could have updated his status.

authenticate a `writing’ . . ., its proponent must present enough evidence ‘”. . . to permit the trier of fact to find that it is authentic. . . .”’ (People v. Valdez, 201 Cal. App.4th 1429, (California Court of Appeals 2011)). Authentication is a flexible concept, and there are many ways to establish that a writing is authentic.

The Court of Appeals found that the prosecution met its

threshold burden in this case. Bryant testified that the update was posted from the same AIM account she had used to communicate with Wren for nearly two years. (U.S. v. Owens (U.S.District Court for the District of Massachusetts 2010) 2010 U.S. Dist. LEXIS 37134 [extended use of online channel of communication may authenticate].

Wren often used his phone to access AIM, and both Bryant and Matthews saw Wren typing on his phone during the window of time Wren's status was updated. (California Evidence Code § 1413 [`A writing may be authenticated by anyone who saw the writing made or executed. . .’].)

The update also included content tied to Wren. The update referred to the author as `[This] Kitchen’ and Wren belonged to the Kitchen Crips gang. Moreover, the author dared `[this clown]’ to leave the `[house],’ just as Wren had warned Bryant that Matthews should not do.

Moreover, Wren's account was password protected, making it more difficult for someone to hack his account. . . . The sum of this circumstantial evidence is sufficient to permit a jury to find that Wren updated the status of his own AIM account. . . .

The court also noted that it was not

persuaded by Defendants' arguments to the contrary. They cite no precedent in support of their contention that authentication requires testimony by an AOL employee or by someone looking over Wren's shoulder. Nor will we adopt such rigid rules because they would be at odds with our common-sense approach to authentication.

for the proposition that the People did not meet its burden because `”. . . hackers can adulterate the content of any website from any location at any time.”’ People v. Beckley, supra. As an initial matter, Beckley is distinguishable on its facts.

We decline to read Beckley 's language as a broader condemnation of evidence harvested from the online world. Such a reading would be inconsistent with the emerging body of law upholding the admission of instant messages even when the author cannot be known with certainty. . . .

Such a reading would also reject a fundamental principal underlying authentication: ‘”. . . The fact that conflicting inferences can be drawn regarding authenticity goes to the document's weight as evidence, not its admissibility.”’ People v. Valdez, supra.

The defendants’ second argument was that “the probative value of the update was substantially outweighed by the dangers of unfair prejudice and misleading the jury.”  People v. Valdez, supra.  More precisely, they argued that “the update should have been excluded as substantially more prejudicial than probative under [California] Evidence Code section 352.”  People v. Toy, supra.

Section 352 provides that “[t]he court in its discretion may exclude evidence if its probative value is substantially outweighed by the probability that its admission will . . . create substantial danger of undue prejudice, of confusing the issues, or of misleading the jury.”  People v. Toy, supra.

Wikipedia cites, as an example of when evidence should not be admitted under this standard, a California case in which the Court of Appeals found that

evidence that the victim of a car accident was apparently a `liar, cheater, womanizer, and a man of low morals’ was unduly prejudicial and irrelevant to whether he had a valid product liability claim against the manufacturer of the tires on his van (which had rolled over resulting in severe brain damage).

Here, the Court of Appeals was not persuaded that the admission of the update was improper under California Evidence Code § 352. People v. Toy, supra.  It explained that

[t]he court did not abuse its discretion. The update was quite probative of Wren's intent and his motive. Nor was its value substantially undercut by Wren's decision not to be overly detailed in laying out his exact plan for how he was going to `show [that] ass how serious’ he was.

Although certainly prejudicial to Defendants, the update was not unfairly prejudicial. For these reasons, the trial court's balancing of these considerations was not erroneous.