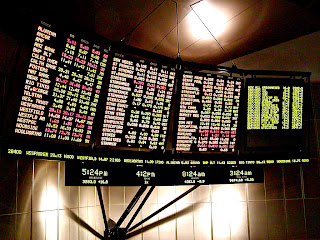 According to this Press Release from the U.S. Attorney’s Office for the District of New Jersey, the charges against Rad arose from the following facts:

Stock promoters in a scheme to manipulate the price and volume of approximately 39 stocks . . . (the `Manipulated Stocks’), engaged Rad to generate a market for the stocks so they could dump them for a profit – a . . . `pump and dump’ scheme. . . .[that] began as early as May 2007 and continued through February 2009. After conspiring with the stock promoters, Rad . . . engaged `mailers,’ which . . . were actually `spammers.’ He sent the spammers the precise language to include in their spam campaigns.

The spammers included two individuals who distributed spam through botnets. . . . to promote the Manipulated Stocks. Infected computers included some in New Jersey, Europe, Russia and elsewhere.

The botnet . . . was controlled from command and control servers located overseas, including in Russia and China.  Rad, who went by the alias `billy_sack,’ communicated with the spammers by Skype, in most instances knowing them only by their aliases. . . .

Rad paid the spammers over $1.4 million during the twenty-two months of the conspiracy. The payments were made through e-Gold and money wires. Payments intended for a botnet operator in Russia were made through at least eight different countries. The wire instruction notations included false information such as payments for `Dell Monitors,’ `touch panels’ and `transportation services.’

Rad also agreed with others to engage in bad faith purchases of RSUV to create the impression the stock was active. This was done during the spam campaigns of RSUV so recipients of the spam would perceive active trading in the stock. . . .
Finally, Rad and his coconspirators put disclaimers in their mailings, but misrepresented the amount of stock that would be dumped into the market. In one instance, Rad and his coconspirators held more than 70% of the outstanding shares in a stock yet disclosed only that they held about 20%.

The federal district judge who has the case began his analysis of Rad’s Rule 29 motion by explaining that pursuant to the FederalRules of Criminal Procedure,

if a jury returns a guilty verdict against a defendant, a court may set aside that verdict and enter an acquittal. Rule 29(c). . . . In considering a motion for acquittal pursuant to Rule 29, the Court must `determine whether the evidence submitted at trial, “when viewed in the light most favorable to the government, would allow a rational trier of fact to convict.”’ U.S. v. Hart, 273 F.3d 363 (U.S. Court of Appeals for the 3d Circuit 2001) (quoting U.S. v. Helbling, 209 F.3d 226 (U.S. Court of Appeals for the 3rd Circuit 2000)).

The judge also explained that Rad made three arguments in his Rule 29 motion:

(1) that it was error for the Court to not instruct the jury on the `fact issue [of] whether [Rad] believed his newsletter was being sent to recipients who had a relationship with the mailer by having opted into the newsletter relationship’ . . . ; (2) that there was insufficient evidence to support convictions premised on the unauthorized access of computers; and (3) that all of the Skype chat messages should have been suppressed pursuant to [Rad’s] initial Motion to Suppress.

As to Rad’s first argument, the judge noted, initially, that he had

held earlier that [Rad]was not entitled to an instruction that the use of `opt-in’ lists with respect to the emails in question caused those emails to fall outside the scope of `commercial electronic mail messages.’ There was no evidence, contrary to [Rad’s] contentions, to suggest that these emails could be considered a relationship or transactional message under 15 U.S. Code § 7702. . . .

The term `commercial electronic mail message: does not include a transactional or relationship message.

So Rad was trying to argue that the use of opt-in lists took the emails outside this definition, but the district court judge did not find this a basis for granting his motion for a judgment of acquittal:

In his second argument, Rad claimed that

While [Rad] is correct that the government did not elicit testimony from any witness whose computer was accessed without authorization (that is, a `botnet’ victim), there was evidence produced at trial from which the jury could find that the email campaigns relevant to Counts V through IX were sent though botnets. . . .

As noted above, Rad’s third argument was that the district court judge erred in not granting his motion to suppress certain evidence.  U.S. v. Rad, supra. The motion, which was filed before the trial began, noted that the prosecution obtained evidence including

computer equipment, electronic storage devices, and other evidence from a search of [Rad’s] house pursuant to a search warrant requested by FBI agent Suzanne Beck and Order signed by United States Magistrate Judge Andrew Austin February 24, 2009. The Government also obtained all of [Rad’s] personal and commercial email communications without sufficient probable cause.

The judge declined to revisit the issue, noting that Rad’s

final argument is a renewal of a suppression motion that has been made and denied twice in this matter. [Rad] contends that certain Skype messages should have been excluded from evidence. To the extent that [he] now seeks that relief under Rule 29, his motion is improper. To the extent that [Rad] now asks the Court to reconsider its earlier rulings regarding suppression of the evidence, the motion is devoid of any basis for such relief.

For these and other reasons, the judge denied Rad’s Rule 29 motion.  U.S. v. Rad, supra.  According to the Press Release cited above, sentencing is set for April 4, 2013.  It also notes that “[e]ach count of conviction carries a maximum potential penalty of five years in prison and a $250,000 fine or twice the gross gain or loss from the offense.”  U.S. v. Rad, supra.