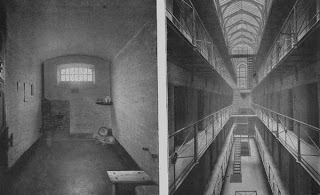 This post is, as the title indicates, about using a specific kind of evidence to impose a sentence on someone who has been convicted of a crime.

As I explained in an earlier post, the rules of evidence bar the use of hearsay in trials and in other judicial proceedings unless the hearsay in question falls into one of a number of exceptions to the general rule barring hearsay.

As I explained, hearsay is “a statement, other than one made by the declarant while testifying at the trial or hearing, offered in evidence to prove the truth of the matter asserted.” Federal Rules of Evidence, Rule 801(c). The federal system and every state define hearsay similarly, and they all recognize the same set of exceptions to the rule.

As I explained earlier, hearsay isn’t allowed, as a general rule, because it denies the party against whom it is introduced an opportunity to effectively challenge its accuracy and reliability. A rumor would be hearsay; so if I took the stand and said I’d heard a rumor that you’re an axe murderer, you couldn’t do much to attack the basic accuracy of the content of the rumor. You could try to attack my credibility, but since I’m saying I heard this story from John Doe, and I trust John Doe, you’re pretty well stymied in attacking the inherent believability and accuracy of the axe murderer story.

One of the exceptions is the “business records” exception. As Wikipedia explains, the rationale of this exception is the premise that “employees are under a duty to be accurate in observing, reporting, and recording business facts. The . . . belief is that special reliability is provided by the regularity with which the records are made and kept, as well as the incentive of employees to keep accurate records (under threat of termination or other penalty).” The presumptive accuracy with which business records are kept is assumed to overcome the law’s skepticism about admitting regular hearsay. The records are hearsay because the contents – the statements – they contain are being introduced to prove the truth of the matter(s) they attest to.

That brings me to the case this post is about: Whitley v. State, 1 So.3d 414 (Florida Court of Appeals 2009). Here’s how the court described the issue in the case:

Whitley . . .appeals his judgment and sentence as a prison releasee eoffender (PRR). [He] argues . . . that the trial court erred in relying on a printout from the Department of Corrections' website to establish the date of his release from prison for purposes of PRR sentencing, as the printout constituted hearsay and was unauthenticated.

PRR sentencing is created and governed by a state statute: Section 775.082(9)(a)(1) of the Florida Statutes defines a “prison releasee reoffender” as a “defendant who commits” any of a list of specified crimes within “3 years after being released from a . . . correctional facility . . . following incarceration for an offense for which the sentencing is punishable by more than 1 year in this state.” Robbery is one of the crimes specified in this section. If a prosecutor determines that a defendant qualifies under this section, the prosecutor can “seek to have the court sentence the defendant as a prison releasee reoffender. Florida Statutes § 775.082(9)(a)(3). If the prosecutor offers proof that

establishes by a preponderance of the evidence that a defendant is a prison releasee reoffender . . . such defendant is not eligible for sentencing under the sentencing guidelines and must be sentenced as follows:

Mr. Whitley therefore had an obvious incentive to challenge the court’s sentencing him as a PRR. His argument, as noted above, is that the prosecutor relied on inadmissible hearsay to prove he qualified for PRR sentencing:

[Whitley] was convicted of robbery following a jury trial. At sentencing, the State sought to have [him] classified as a PRR. . . . To justify this classification, the State was required to show that [he] committed the instant robbery within three years of his release from a correctional facility. . . . The State offered a printout from the Department of Corrections' website to establish [Whitley’s] prison release date. [He] objected, arguing that this printout was hearsay. . . . The trial court overruled the objection, finding that the printout was admissible as a business record. Ultimately, it found that [Whitley] was a PRR and sentenced him accordingly.

The Florida business records exception appears in another statute. Section 90.803 of the Florida Statutes says the rule barring hearsay does not apply to the items listed in this statute, which include the following:

A memorandum, report, record, or data compilation, in any form, of acts, events, conditions, opinion, or diagnosis, made at or near the time by, or from information transmitted by, a person with knowledge, if kept in the course of a regularly conducted business activity and if it was the regular practice of that business activity to make such memorandum, report, record, or data compilation, all as shown by the testimony of the custodian or other qualified witness, . . . unless the sources of information or other circumstances show lack of trustworthiness. The term `business’ . . . includes a business, institution, association, profession, occupation, and calling of every kind, whether or not conducted for profit.

Florida Statutes § 90.803(6)(a). The Department of Corrections would, therefore, qualify as “business” for the purposes of applying the exception.

Notwithstanding that, the Florida Court of Appeals agreed with Whitley:

The trial court should have sustained [Whitley’s] objection to the printout. For a document to be properly admitted under the business record hearsay exception, it must be created at or near the time of the event, from information transmitted by a person with knowledge, and must be kept in the course of regularly conducted business. . . . These requirements must be shown `by the testimony of the custodian or other qualified witness’ or must be properly certified. . . . In the instant case, the State did not introduce the testimony of a records custodian, and the printout from the website was not certified. Therefore, the trial court erred in admitting the printout from the Department of Corrections' website under the business record exception to the rule against hearsay.

The Court of Appeals therefore affirmed Whitley’s conviction for robbery but reversed the sentence that had been imposed on him and remanded the case back to the trial court for resentencing. It noted that “[a]t resentencing, the State is not precluded from proving [Whitley] is a PRR by a properly-authenticated record." Whitley v. State, supra.

custodian of records, Diane Thompson, testified that the `Crime and Time Report’ was an official document copied from DOC records, that an inmate's admit and release dates are recorded at or near the time the inmate is jailed or released, as the case may be, and that records of inmates' release dates are kept in the ordinary course of DOC's business.

Desue v. State, supra.
Posted by Susan Brenner at 7:53 AM

How are business records that are automatically recorded by computer with no human interaction (like EZ-Pass toll logs) treated?

They appear to be hearsay in that they are "a statement, other than one made by the declarant while testifying at the trial or hearing, offered in evidence to prove the truth of the matter asserted.”

But they don't appear to fall under the Florida business records exception since they are not "made...by, or from information transmitted by, a person with knowledge"

Susan Brenner said...
This comment has been removed by the author.
12:51 PM

Good question -- here's my second try at answering it (technical issues, as they say).

Courts have held that computer-generated records aren't hearsay because they don't contain statements made by a person, i.e., by a human being. The premise is that since computers can't lie (so far) we don't have to worry about intentional or unintentional falsehoods when computers "talk" to each other. The proponent of the evidence just has to show it's reliable.

I did a blog post on this last year: Computer-Generated Records and Hearsay, http://cyb3rcrim3.blogspot.com/2008/07/computer-generated-records-and-hearsay.html

If a business record is printed out and a business employee scribbles marginalia, is it:

That's a very good question. I found a few cases on point. Basically, if the handwritten material qualifies under the business records exception (or some other exception to the rule excluding hearsay), it would be admissible. Most of the time, the marginalia probably won't and won't be admitted.

Here's what a federal district court decided in a case involving basically this issue:

"Grant has produced what he claims to be `absentee records' in support of his allegation that white employees had more absences than he, but were never disciplined. The submitted documents are labeled as `schedules' and are not verified as to their . . . authenticity. . . . The information contained therein is hearsay, and no evidence has been submitted allowing the documents to fall within the business records exception. . . . Additionally, there is no affidavit or deposition by any UOP employee to establish how these records are kept or how they are to be interpreted. Grant proposes that these are records for the year 1994. The purported year of these records, however, is hand written on the document. This portion of the document is also hearsay. . . .The court finds this `evidence' unacceptable. . . . [I]t is not admissible. . . .

Can you direct me to Florida case law regarding the need for a doctor's testimony at trial with regard to his opinion, not just the admission of his records?

Sorry, I don't know anything about Florida law. You'd have to ask someone who practices there, or a reference librarian at a law library in Florida.