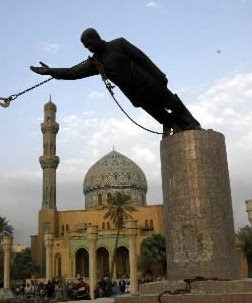 In Franks v. Delaware, 438 U.S. 154 (1978), the U.S. Supreme Court considered the issue of false information’s being used to get a search warrant. This post is about a case that applied the Franks decision to email, but before we get to that case, I need to provide a little context.

To establish probable cause, the officer submits an affidavit (a sworn statement) in which he describes what he’s learned from his investigation and other sources. The officer is presumed to be telling the truth, not because he’s an officer but because he’s making the statements in the affidavit under oath. If the officer includes statements from third-parties, especially unidentified third-parties, he will have to include information that demonstrates why the magistrate should believe them and why the magistrate should decide they know what they’re talking about.

In Franks v. Delaware, Jerome Franks, who was charged with rape, kidnapping and burglary, moved to suppress evidence police had found when they executed a search warrant at his apartment. Franks argued that the affidavit the detective handling the case submitted to get the warrant included false statements, statements that went to the issue of whether there was probable cause to search his apartment. The trial court denied his motion, and when he appealed to the Supreme Court of Delaware, that court held that “a defendant under no circumstances may so challenge the veracity of a sworn statement used by police to procure a search warrant.” Franks v. Delaware, supra. The case went to the Supreme Court, which reversed. The Supreme Court held that when a

defendant makes a substantial . . . showing that a false statement knowingly and intentionally, or with reckless disregard for the truth, was included . . . in the warrant affidavit, and if the allegedly false statement is necessary to the finding of probable cause, the Fourth Amendment requires that a hearing be held at the defendant's request. In the event that at that hearing the allegation of perjury or reckless disregard is established by the defendant by a preponderance of the evidence, and, with the affidavit's false material set to one side, the affidavit's remaining content is insufficient to establish probable cause, the search warrant must be voided and the fruits of the search excluded to the same extent as if probable cause was lacking on the face of the affidavit.

[F]rom 2001 through 2003, Defendants . . . exported telecommunications and other equipment to Iraq in violation of an economic embargo. . . . Darrin Hanna was the president and owner of TIGS; Dawn Hanna was the vice president of sales. According to its website, TIGS `provides customers with computer systems and software for sales, operations, management information systems, network systems design and administration and product research and development.’ . . . The government contends that Defendants worked with others, including Emad Yawer and his Jordanian company, Advanced Technical Systems (`ATS’), as well as an ATS-affiliated company, Dresser International Group, and its general manger, Walid Al-Ali a/k/a Walied Al-Aly. Defendants also worked with Skyport Freight, a freight forwarder in London. . . .

Defendants purchased equipment from domestic and European suppliers and shipped the equipment to Iraq via Syria. After Defendants had completed four shipments, and received approximately $9.5 million in proceeds, customs officials in England intercepted a shipment. A subsequent shipment was intercepted in Chicago.

The government . . . sought the two search warrants challenged here in June 2004. The facts supporting the requests for the search warrants are detailed in the affidavit of Brian C. Wallace, United States Immigration and Customs Enforcement Special Agent.

U.S. v. Hanna, supra. Agent Wallace used a single affidavit to get both warrants. One of the warrants authorized a search of the Hannas’ “place of business,” TIGS; the other authorized a “search of Dawn Hanna’s America Online e-mail account.” U.S. v. Hanna, supra. After the warrants were executed and the Hannas were indicted, they moved to suppress evidence arguing that there was a Franks problem with part of the information in Wallace’s affidavit. Here’s what became the target of the Franks challenge:

Wallace . . . relies on an undated e-mail/letter found in the July 18, 2003, search of TIG's trash to support the warrant. [It] concerns goods sent to Iraq via Syria, and is authored by Walied Al-Aly, an agent for Dresser International Group and sent to Charles (believed to be . . . the director of Skyport Freight). [It] also discusses a disagreement between Skyport, TIGS, and Global Telecommunications over the payment of funds.

U.S. v. Hanna, supra. The Hannas characterized the inclusion of the Al-Aly email

as a false statement because the signor's name is misspelled, and it does not appear on letterhead of Dresser International Group whereas other documents in the government's possession . . .spell Al-Aly's name correctly and are on letterhead. Defendants conclude that Wallace intentionally misled the magistrate judge in that he advanced the position that Al-Aly was an agent of Dresser International, when the real agent was Al-Ali.

Wallace correctly quoted the July 2003 e-mail/letter indicating goods have been shipped to Iraq. The affidavit spells the name, `Al-Aly,’ the way it was spelled in the e-mail/letter. Although Defendants assert that letter was a fraud, the two different spellings indicate something less than fraud. First there is no evidence that the affiant noticed the spelling variation or that he thought it was significant. . . . The Government argues that Arabic names are often spelled in a variety of ways when translated in to English, which uses a different alphabet. Thus, the difference between Walid and Walied or Ali and Aly is not so noteworthy or unusual to suggest fraud. Moreover, the difference may merely reflect the e-mail/letter was written by an assistant whose first language was not English. . . .

More important . . . is the content of the letter. The `Charles’ to whom the letter is addressed is thought to be the director of Skyport Freight. Al-Aly thanks Charles for his help and support “in shipping our goods to Iraq via Syria.” The fact that the letter is on plain paper is explained by the fact that the items recovered in the trash were e-mail messages. The informal nature explains the absence of letterhead.

U.S. v. Hanna, supra. So the judge held that the Hannas hadn’t shown that Wallace “knowingly and intentionally” used a false statement in applying for the warrants. That, though, did not completely dispose of the Hannas’ argument: Under Franks, it is also a 4th Amendment violation for an officer to use a false statement “with reckless disregard for the truth.” The judge therefore considered whether “Wallace’s failure to mention the different spelling of Aly’s name” was a violation under this standard:

Defendants . . . have no evidence to suggest anything more than negligence. Wallace quoted the e-mail/letter accurately; his failure to detect or point out the variation in spelling is at most negligent. Notably, he used the same inaccurate spelling when discussing the certificates signed by Al-Aly. This evidences oversight, not a `high degree of awareness’ that two spellings were used. Negligence and innocent mistake are insufficient to overcome the presumption of validity. Therefore, Defendants have not satisfied the first prong of the Franks test.

Even if the Court were to find the omission was more than negligent, Defendant cannot meet the second prong of the . . . test. In making the assessment, the Court considers whether once all of the information regarding the e-mail/letter spelling variations is included in the affidavit, sufficient information connecting Defendants' business activities to Iraq exists to establish probable cause.

U.S. v. Hanna, supra. The judge found that while the email was “a key piece of evidence connecting Defendants to Iraq,” it was “not the only evidence” to do so. U.S. v. Hanna, supra. She reviewed the information in Wallace’s affidavit – including another email “recovered from TIGS’ trash” which showed “that TIGS worked to secure post-embargo contracts in Iraq” – and found that ”the plethora of reasonable expectations for the variations in spelling, combined with the additional facts support a fair probability that evidence of a crime would be found tat TIGS and in Dawn Hanna’s e-mail account.” U.S. v. Hanna, supra. The court therefore denied their motion to suppress.

I’ve found a few other reported cases involving Franks claims related to emails, but this one has a good defense argument plus some unusual facts. As may be apparent from this court’s decisions, it’s very difficult to win on a Franks argument.
Posted by Susan Brenner at 7:24 AM

I've taken an interest in this case and there has been one particular commenter by the name of Perpetual that who seems to know more that anyone connected to this case including the judge and the FBI. Perpetual's comments have had so many unknown facts that were not brought forth at the time of the trial but have since proven to be true. Why was the brother let go scott free even on the money laundering charge when the FBI had a paper trail of payments made to Tigs going through 4 or more differant banks starting in Dubai to it's ultimate destination here in Detroit please? Thanks, Carol

I've also taken an interest in this case and read the transcripts. The brother was the president of the company but had little to nothing to do with this transaction. His sister, Dawn, brokered equipment globally and this particular transaction was said to be for Turkey. The government claimed that it was for Iraq and she new it. She claims she didn't know it was for Iraq. After the conviction and sentencing, two CIA operatives came forward explaining that the whole transaction was part of a classified CIA operation and Dawn did not know about it. They claim that there was never any crime, the equipment was for a classified CIA operation, and that Dawn didn't know it was for Iraq. In everything I've read the Government doesn't deny it, the Government has sealed a bunch of stuff though. Apparently all of this was withheld from the defense and jury at the time of the trial and came out afterwards. There is a web site www.justice4dawnhanna.com that has all the documents on it and some news videos.