Jurisdiction and Practicing Medicine without a License 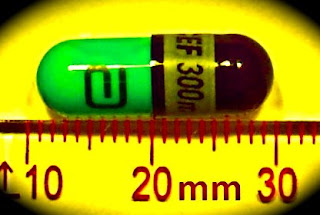 As I’ve noted before, jurisdiction is a court’s power to act in a case. If a court doesn’t have jurisdiction to hear and decide a particular case, then the judgment, or conviction, it enters will void and unenforceable.

As I’ve also noted, in criminal cases jurisdiction is a court’s power to adjudicate the charges brought against someone.

This post is about a rather unusual application of that principle.

In 2006, the San Mateo District Attorney filed a criminal complaint against Christian Hageseth, accusing him of practicing medicine in California without a license. Hageseth v. Superior Court, 150 Cal. App.4th 1399, 59 Cal. Rptr.3d 385 (California Court of Appeals 2007). What makes the case interesting is that Hageseth was never present in California “at any time during the commission of the criminal offense with which he is charged”. Hageseth v. Superior Court, supra. Here, according to the Court of Appeals are the facts that resulted in the charge:

The complaint is predicated on an investigative report of the Medical Board of California . . ., which the Board forwarded to the San Mateo County District Attorney as part of its referral of the case for criminal prosecution. The report states that, on or about June 11, 2005, John McKay, a resident of San Mateo County, initiated an online purchase of fluoxetine (generic Prozac) on `www. usanetrx. com,’ an interactive Web site located outside of the United States. The questionnaire McKay received and returned online, which identified him as a resident of this state, was forwarded by operators of the Web site to JRB Health Solutions for processing.

JRB, which has its headquarters in Florida and operates a server in Texas, forwarded McKay's purchase request and questionnaire to [Hageseth], its `physician subcontractor,’ who resided in Fort Collins, Colorado, and was licensed to practice medicine in that state. After reviewing McKay's answers to the questionnaire, [Hageseth] issued an online prescription of the requested medication and returned it to JRB's server in Texas. JRB forwarded the prescription to the Gruich Pharmacy Shoppe in Biloxi, Mississippi, which filled the prescription and mailed the requested amount of fluoxetine to McKay at his California address. Several weeks later, intoxicated on alcohol and with a detectable amount of fluoxetine in his blood, McKay committed suicide by means of carbon monoxide poisoning.

The charge against Hageseth was filed under § 2052 of the California Business and Professions Code. Section 2052 “provides that any person who `practices . . . any mode of treating the sick . . . in this state, or who diagnoses, treats or prescribes for any . . . physical or mental condition of any person, without having at the time a valid . . . certificate as provided in this chapter or without being authorized to perform the act pursuant to a certificate obtained in accordance with some other provision of law is guilty of a public offense, punishable by a fine not exceeding ten thousand dollars, by imprisonment in the state prison, by imprisonment in a county jail not exceeding one year, or by both’”. Hageseth v. Superior Court, supra (quoting § 2052).

Hageseth moved to dismiss the charge on the grounds that the court lacked jurisdiction to hear the case because “all the alleged criminal acts occurred outside the state” of California. The trial court denied his motion and he appealed.

The Court of Appeals began its analysis of the jurisdiction issue by noting that § 27 of the California Penal Code says “persons are liable under the laws of this state . . . who commit, in whole or in part, any crime within this state.” It noted that because the issue of jurisdiction goes to the court’s power to hear a case, it is a legal issue that must be decided by the court, not by a jury. Hageseth v. Superior Court, supra. Hageseth argued that

Hageseth v. Superior Court, supra. The Court of Appeals responded by noting that under the “`detrimental effects’ theory of extraterritorial criminal jurisdiction,” acts “done outside a jurisdiction, but intended to produce and producing detrimental effects within it, justify a State in punishing the cause of the harm as if he had been present at the effect’”. Hageseth v. Superior Court, supra (quoting Strassheim v. Daily, 221 U.S. 280 (U.S. Supreme Court 1911)).

The Court of Appeals then found that the facts in this case supported the application of the “detrimental effects” theory of jurisdiction:

A preponderance of the evidence shows that, without having at the time a valid California medical license, [Hageseth] prescribed fluoxetine for a person he knew to be a California resident knowing that act would cause the prescribed medication to be sent to that person at the California address he provided. If the necessary facts can be proved at trial beyond a reasonable doubt, the People will have satisfactorily shown a violation of Business and Professions Code section 2052. It is enough for our purposes that a preponderance of the evidence now shows that [he] intended to produce or could reasonably foresee that his act would produce, and he did produce, the detrimental effect section 2052 was designed to prevent[, i.e., practicing medicine without a license.]

The Court of Appeals then considered “whether it should make a difference that [Hageseth’s] offense took place in cyberspace rather than in the real space for which the jurisdictional statutes were designed.” Hageseth v. Superior Court, supra.

Hageseth argued that California’s “assertion of extraterritorial jurisdiction over his Internet conduct is unreasonable because (1) he and others are not on notice of the unlawfulness of such conduct, and (2) the assertion of jurisdiction would not deter others from his allegedly unlawful conduct, but (3) it would deter physicians licensed in other states from providing residents of this state many useful forms of medical assistance over the Internet.” The court rather summarily disposed of the first argument:

The claim that [Hageseth] and others like him who prescribe medications over the Internet lack notice of the unlawfulness of that conduct is unacceptable. California's proscription of the unlicensed practice of medicine is neither an obscure nor an unusual state prohibition of which ignorance can reasonably be claimed, and certainly not by persons like petitioner who are licensed health care providers. Nor can such persons reasonably claim ignorance of the fact that authorization of a prescription pharmaceutical constitutes the practice of medicine.

The court found that his second argument could "not be so easily dismissed”, but ultimately rejected it. It found that while unscrupulous online physicians “usually do conceal their names, locations and state of licensure”, the California Attorney General told the Court of Appeals his office was having some success in dealing with the problem, and was not willing to accept that prosecuting those who violated California law would make it more difficult. Hageseth v. Superior Court, supra.

Finally, the Court of Appeals held that Hageseth’s third argument – that his prosecution would deter other doctors from providing care online – was not enough to overcome the applicability of the detrimental effects principle of criminal jurisdiction. The court noted that the California Code specifically authorized legitimate “telemedicine” (“health care . . . diagnosis, consultation [and] treatment . . . using interactive audio, video or data communications"), as well as online consultations between California-licensed physicians and physicians outside the state. Hageseth v. Superior Court, supra. It therefore held that the trial court had jurisdiction to try Hageseth on the charge against him.

I don’t think the case has gone to trial. The most recent story I can find is from late last year. It says Hageseth was extradited to California from Nebraska (“where he had been cited for speeding”) and was being held in the San Mateo County jail in lieu of $500,000 bond. (He had apparently successfully fought extradition from Colorado.) Michael Manekin, Doc Pleads Not Guilty to Practicing Sans License, San Mateo County Times (December 5, 2007). At that time, he had entered a not guilty plea to the charge, so I assume the case is still awaiting trial.
Posted by Susan Brenner at 8:17 AM

The case was scheduled for trial in Oct. 2008, but was stayed at the request of the defense. It is currently scheduled for Feb. 2009, although the defense is making another request for postponement.

Regarding jurisdiction: if someone were vacationing at Lake Tahoe on the California side of the CA-NEV border, and someone on the Nevada side whacked him with a high power sniper rifle, would it hold that the sniper could not be tried in California because all of his actions had been taken in Nevada? Similarly, he would not be guilty of a crime in Nevada, since there would be no victim there. There are tools that allow one to assert an action at a distance. A rifle is one; the internet is another.

First, thank you for the update on the status of the trial.

Second, the shooting someone across a state line is the first instance in which the detrimental effects test I talk about in the blog post arose. There are a couple of cases from the 1890s that use this as an example of how and why criminal jurisdiction must extend beyond the situation in which all the elements of the crime (e.g., presence of victim and perpetrator, shooting, etc.) are present in one state, or one country.

For at least a hundred years it's been settled law in the U.S. that a state has jurisdiction to prosecute if any element of the crime was committed there. In practice, the state whose citizen was the victim is usually the state that is really interested in prosecuting.

But you're right . . . cyberspace is simply the modern version of the rifle in your example. A professor from the Hague and I edited a book on how countries around the world handle this issue . . . and they all do pretty much the same thing, i.e., apply the rifle analogy.

I only hope that Hageseth's recent surgery will not be allowed to have any effect on the result of this trial. When he was sued for negligence in Colorado, his past indiscretions were not admissable even though they had direct effect on his failure to provide proper care. I would hate to see him get a break because a jury has sympathy for his health. What he did was WRONG at the time, and justice should be blind to the fact that he is an old man.

Dave, thank you for your comments, and I am so sorry to hear of the loss of your son.
You have obviously thought deeply about these issues, and I would be very interested to hear more of your thoughts on the international regulation of telemedicine, as your experience may help to inform some of the discussions we are having here in New Zealand. I would be grateful if you could contact me at mariebismark (at) gmail.com. Many thanks.