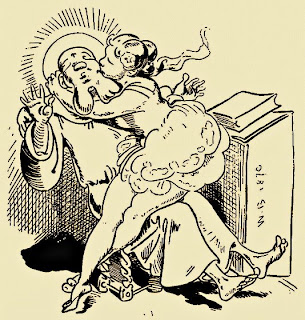 You may have seen the story from Australia: The New South Wales Supreme Court held, essentially, that cartoons showing Bart, Lisa and Maggie Simpson (along with others?) having sex with each other was child pornography under New South Wales and Australian law.

At least that’s how I understand it: The news reports say he appealed arguing that fictional cartoon characters could not be considered “people” within the scope of the child pornography law because the characters “plainly and deliberately” departed from the human form (as well know, at least those of us who watch The Simpsons).

The Justice who wrote the opinion for the NSW Supreme Court found that if the images were those of real human beings, “such depictions could never be permitted. . . . Their creation would constitute crimes at the very highest end of the criminal calendar.” He also apparently said that while the primary purpose of the child pornography statutes was to stop the abuse of “real” children, it was also intended to deter the production of other material that could “fuel demand for material that does involve the abuse of children.”

Such a conviction simply could not happen in the United States. As I’ve noted before, the U.S. Supreme Court has held that under the First Amendment, U.S. legislators can criminalize the possession, use and distribution of “real” child pornography because its creation involves the victimization of actual children. Back in 1976, as I noted earlier, the Court held that real child pornography could be criminalized even though it is not obscene (adult child porn is, of course, perfectly legal) because it does involve the victimization of children, who either cannot consent to what they’re involved in or whose consent would not be valid if they did.

The federal statutes that define child pornography specifically exempt cartoons and other depictions from that definition. Section 2256(11) of Title 18 of the U.S. Code says that the definition of child pornography contained in § 2256(8)(B) of Title 18 “does not apply to depictions that are drawings, cartoons, sculptures, or paintings depicting minors or adults.”
Posted by Susan Brenner at 4:15 PM

That's a very good point. I could certainly see that argument being made. I'm not sure what the counterargument is, except, perhaps, that 1st Amendment protection (or lack thereof) shouldn't be a function of how hard it is to tell whether something's real or fake.

Also, the proponent of the argument would have to be able to show that not being able to differentiate between the two had a direct and corrosive impact on society's ability to protect children from those who use them to create real child pornography.

The full text of this decision is difficult to find online. It turns out that the appellant's name should be spelt 'McEwen' and it's available here: