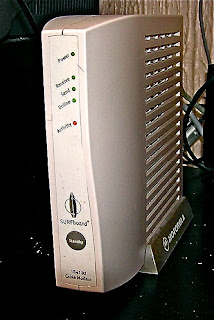 Section 1343 of Title 18 of the U.S. Code creates the crime of wire fraud as follows:

Whoever, having devised . . . any scheme or artifice to defraud, or for obtaining money or property by means of false or fraudulent pretenses, representations, or promises, transmits or causes to be transmitted by means of wire . . . communication in interstate or foreign commerce, any writings . . . for the purpose of executing such scheme or artifice, shall be fined under this title or imprisoned not more than 20 years, or both.

The interstate commerce requirement is the element that gives the federal government jurisdiction to prosecute what is otherwise a traditional state crime: executing (or trying to execute) a scheme to defraud someone out of money or other property.

That was an issue in a recent federal case from New York: U.S. v. Siembida, 2008 WL 4703015 (U.S. District Court for the Southern District of New York 2008). The case was a prosecution of George Siembida and Wayne Price for wire fraud and for conspiracy to commit wire fraud. At trial, each was committed on the conspiracy count and on two wire fraud counts. U.S. v. Siembida, supra. Here’s how the court summarized the facts that led to their being charged, and convicted:

The . . . defendants collected fees from customers for financial guarantee bonds purportedly issued by an Indonesian subsidiary of a well-established Germany-based financial services company, Allianz A.G. Financial guarantees or performance bonds are typically issued to provide comfort to one contracting party that the financial obligations of the other contracting party will be backed up by a solvent entity, such as a highly-rated insurer. At trial, it was undisputed that the Allianz bonds obtained by Price and Siembida for their clients during the period of the conspiracy were not, in fact, genuine obligations of any affiliate of Allianz.

The evidence at trial showed that Wayne Price and George Siembida operated separate and largely independent businesses. Price operated Melwain Enterprises, Inc. and Siembida operated All Clear Corp. The evidence showed that the two defendants were on notice that the bonds they provided did not represent valid obligations of Allianz but continued to sell them to unsuspecting customers. The nature of the financial guarantee business was such that the bogus nature of the bond would not ordinarily come to light unless and until the bond purchaser defaulted under its contract.

U.S. v. Siembida, supra. After being convicted, both defendants filed motions for acquittal on all counts. As the district court explained, a motion for acquittal should be granted only if the court concludes “there is `no evidence upon which a reasonable mind might fairly conclude evidence beyond a reasonable doubt,’ and the defendant shows that `no rational trier of fact could have found him guilty.’” U.S. v. Siembida, supra.

We’re only concerned with one of the issues raised by the motion for acquittal. The defendants moved to dismiss one of the wire fraud counts (Count Two), arguing that the government had not proven beyond a reasonable doubt that it was based on the transmission of a communication in interstate commerce. Basically, they argued that while there had been a communication, its transmission was purely intrastate – purely within a state – and therefore could not sustain the “in interstate commerce” element needed for a wire fraud conviction.

Count Two . . .was premised upon an August 16, 2004 email from Siembida to Special Agent Michael Keeley of the FBI, who was posing as `Jay Parker’, a representative of a potential purchaser of a bond. Defendants assert that there was insufficient evidence from which a reasonable jury could conclude that the email passed through interstate commerce. The email, GX 1005, laid out a scheme for Siembida to send an invoice from his company, All Clear Corp., to `Parker’ for $6,000. `Parker’ would then collect $6,000 from his `client’ but forward only $5,000 to Siembida. In other words, Siembida's invoice would be the means for `Parker’ to deceive his `client’ into believing the entire $6,000 was for services rendered by All Clear Corp., when, in truth, $1,000 was to be retained by `Parker’ -- the equivalent of a kickback.

At trial, the government offered a stipulation among the parties that, if called, Hans Nielsen, a `Senior Messaging Engineer’ for Time Warner Cable who was employed by Adelphia from 2003 to early 2006, would testify that he was familiar with the Adelphia email system utilized by Siembida. It was further stipulated that the Adelphia servers were at the relevant time located in Coudersport, Pennsylvania and that any email sent via an `adelphia.net’ email address would have been routed through Coudersport. The stipulation further recited that Nielsen would testify that he examined an email sent by Siembida four days after the email at issue (on August 20) and concluded that Siembida had configured his email system to route through the Coudersport servers.

On these facts, a rational trier of fact could have found beyond a reasonable doubt that the August 16 email passed in interstate commerce. It would not be unreasonable to infer that the configuration of Siembida's email account as it existed on August 16 was identical to that on August 20, in the absence of evidence that would render the inference implausible. If the email was configured on August 16 in the manner in which it was configured on August 20, then according to the testimonial stipulation the email would have passed through servers physically located in Coudersport, Pennsylvania. A communication from one location within a state to another location within that same state which passes through another state may satisfy the interstate requirement, even if the defendant has no reason to know of the interstate character of the communication.

It may seem an odd result, since the court is saying Siembida could commit wire fraud by sending an email even if he did not know and had no reason to know he was sending it via interstate commerce. It may seem odd because, as we all know, intent – in the form of purpose or knowledge – is a basic principle of criminal law. In a criminal trial, the prosecution has the burden of proving every element of the crime beyond a reasonable doubt . . . and intent is an element of most crimes, including wire fraud.

Here, though, we’re dealing with a different kind of element . . . an element that goes purely to establishing federal jurisdiction. In U.S. v. Feola, 420 U.S. 671 (1975), the U.S. Supreme Court held that “knowledge of the facts giving rise to federal jurisdiction is not necessary for conviction of a substantive offense embodying a mens rea requirement”. That holding is based on a principle of criminal law that has appeared in various sources, including the Model Penal Code. The principle is that statutes which define “crimes” sometimes include elements that do not go to the “harm or evil” the crime is intended to punish.

That’s what we have with wire fraud: The “harm or evil” it seeks to punish is defrauding someone; the use of the wires in interstate commerce, as I noted earlier, simply makes it a federal crime . . . it goes to jurisdiction, not to the essence of the crime itself.

The same logic would apply in the Siembida case. The defendants knew they were committing fraud (according to the district court); it was not necessary that they know they were committing wire fraud by using email (which moved across state lines) to execute the fraud.
Posted by Susan Brenner at 6:35 AM

Thank you for creating this site. I was recently frauded via email by someone who called himself Bruce Bell, out of Clearwater, Florida. He sold himself as an ex-Marine, judo master, and overall great dad...then sold me "tickets" for a NJ Bruce Springsteen concert for which I wired money, and, lo and behold, never received the tickets...just a lot of excuses as to why the tickets hadnt arrived...followed by a promise to repay the money....as if he thought I would fall for more lies. This person tends to post his scams on CraigsList - beware of him. Worst part is that my 15 year old son was so excited about these concert tickets which were a surprise gift to him...imagine how disappointing to have to tell him the day before the concert that we had been scammed.

I live down the street from Mr.Siembida. He was well liked by the neighbors and was very friendly. I feel sad & disappointed that he followed a life of committing fraud and betrayed the trust of people who had entrusted him with their money. I wish those who commit such acts of dishonesty would use their efforts towards for Good. I have not fallen prey to any fraud schemes, but I know people who have and the devastation and scars that it leaves. I hope one day Mr. Siembida, will be the man that God had created him to be. I hope with Time on his hands he will learn ..... there is no legacy as Rich as Integrity.

Thanks for the sharing the example for the fraud and interstate commerce. I haven't face this problem. But this post and example in the comments as well will help us to aware of these kind of thing happen in the internet.

I've know George for many years and he is a friendly and helpful person. Its unfortunate this article only gives one side of the story. I've heard the party responsible was from Canada and admitted to bilking him (Mr. Siembida) and the co defendant, and everyone else. Admitted that they were innocent and plead guilty to over 242 charges of International fraud. But Mr. Siembida will serve the time since justice apparently did not prevail.

"wire fraud" only applies to interstate and foreign commerce. This means communication by phone, fax, modem communications, direct bank transfers and western union and other wires. One also has to identify that the acts can be proven to be of an interstate or foreign origin. See Pereira v. United states