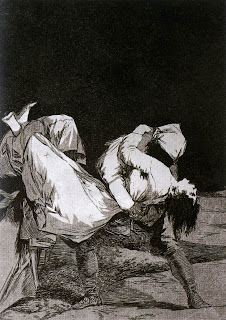 You may have seen the report that Belgian police are investigating a possible virtual rape in Second Life.

I analyzed the legal status of virtual rape 5 years ago, using the then-infamous Lambda Moo virtual rape as the basis of my analysis. I pretty much stand by what I said on the subject then, so I’m not going to repeat myself here. If you want to read what I said, please read the original article: Susan Brenner, Can There Be Virtual Crimes?, 4 California Criminal Law Review 1 ¶¶ 100-127 (2001).

Basically, if we assume, as seems to be unclear, that virtual rape is possible in an online world like Second Life, the issue then becomes whether it inflicts a “harm” the criminal law should address. As I argue in my article, a real online virtual rape such as the one that happened in Lambda Moo (details in the article) does inflict “harm” on the victims, but it’s “merely” a psychic “harm.”

Criminal law has historically dealt only with real, physical “harm” to persons and property. It began addressing a kind of psychic “harm” a few years ago, with the rise of stalking laws. That trend has accelerated somewhat with the increased use of expanded harassment provisions to target those who use online communications to inflict “serious” or “substantial” emotional distress on another person. Virtual rape MIGHT be prosecutable under one of those statutes, though I think they generally tend to require that the distress be the result of a continuing course of conduct . . . of a repeated series of acts. That would be a problem if the virtual rape involved only one attack.

Do I think we should expand our rape laws to encompass psychic, virtual rape?

Read the article.
Posted by Susan Brenner at 11:24 AM

where's the crime scene? what court has jurisdiction? evidence and chain of custody anyone? and how is the role-playing of rape any different then the role playing of fighter pilots and soldiers nuking whole populations to cinders? Do we charge them with crimes against pseudo-humanity but put them in real jails? And for how long?

Its long been held that where happens in the gamer world stays in the gamer world. The owners or people running the game themselves are the final judge, jury and police regarding what sort of nonsense they will tolerate. If Second Life becomes a lawless environment with theft, murder and rape all over, you can kiss that world good bye and go find another.

The invisable hand of the market place will determine what business model will survive and which one won't.

So I suppose I will find myself soon on a real sex offender list because, I'm telling you, I rape someone in Second Life about four or five times a day - no lie!

They must have a lot of real time on their hands in Belgium to be investigating fake crimes.

Jurisdiction is an important issue. Where did the crime happen at? The "victim's" home? Where the game servers are located at? Or where the "suspect" lives?

And how do you prove such a thing? Screen shots? And what about if the "victim" is underage?

This is just stupid.