Encryption, Consciousness of Guilt and Prejudice 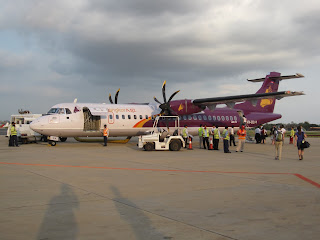 “The charges arise from defendant's alleged illicit sexual acts with a minor girl in Cambodia, identified as S.L.”  U.S. v. Boyajian, supra. If you are interested, you can find information about the facts that led to the charges in the Department of Justice Press Release you can find here.

In this opinion, the federal district court judge who has the case is ruling, among other things, on a motion in limine Boyajian filed “seeking to exclude . . . evidence that [he] encrypted child pornography”.  U.S. v. Boyajian, supra.  As Wikipedia explains, a party in a civil or criminal case uses a motion in limine to try to get the judge to rule, prior to the beginning of the trial, that certain evidence is or is not admissible at the trial (rather than waiting for the trial to start).

As to the issue in this case, the opinion begins by noting that the prosecution in this case

seeks to introduce evidence that [Boyajian] used encryption techniques to conceal child pornography files on his laptop computer. [His] encryption program, called `TrueCrypt,’ has prevented the government from opening the files to verify their contents.

Nonetheless, the government has presented evidence supporting a reasonable inference that at least some of the encrypted files are child pornography. Specifically, the government's expert claims that when [Boyajian’s] QuickTime video viewing software was used to open a file that had been encrypted by TrueCrypt, the QuickTime software recorded the name of the video and also registered `additional data’ indicating that the video had been encrypted by TrueCrypt. The government's expert searched [his] computer and found data registered by QuickTime showing that files with the same name as child pornography files recovered from other parts of [Boyajian’s] computer were encrypted and played using Quicktime.

U.S. v. Boyajian, supra. The government apparently wanted to use the "consciousness of guilt" principle as the basis for using the evidence of encryption against Boyajian at his trial.

As this site explains, “consciousness of guilt” is a principle that allows prosecutors to introduce evidence, at a criminal trial, that tends to show the defendant’s conduct inferentially indicates that he/she was, in fact, guilty of the crime with which he or she is charged.  So, a perpetrator’s fleeing and attempting to flee the jurisdiction where the crime was committed or the person’s destroying evidence, or attempting to destroy evidence, that proves his/her involvement of a crime constitutes “consciousness of guilt.”

Here, [Boyajian] argues that the government has no such evidence. Specifically, [he] points out that the government has no evidence regarding when the encryption took place, and hence cannot provide evidence demonstrating the requisite temporal link between the encryption and the charged conduct. [Boyajian] concludes that without proof of the required temporal link, the encryption evidence cannot be used to prove consciousness of guilt, and should therefore be excluded as irrelevant. See U.S. v. Peeters, Case No. 09–CR–00932 (excluding evidence that computer files were encrypted without a temporal link between the charged conduct and act of encryption). . . .

The judge agreed with Boyajian that the encryption evidence

cannot be admitted to prove consciousness of guilt. Without a temporal link between the encryption and the charged crimes, the encryption could have occurred for reasons that have nothing to do with current charges. In itself, the encryption does not show an attempt to hide evidence of the crimes with which [Boyajian] has been charged.

It only shows that [he] was attempting to hide the child pornography, either because child pornography is illegal to possess in many jurisdictions, or for some other reason. See U.S. v. Silverman, 861 F.2d 571 (U.S. Court of Appeals for the 9th Circuit 1988) (evidence of flight and concealment can be consistent with `guilt of misconduct unknown to the government.’). Therefore, without the requisite temporal link, or without other evidence providing a logical connection between the acts of encryption and the crimes charged, the encryption evidence cannot be introduced to prove consciousness of guilt.

She noted, though, that the prosecution argued that the encryption evidence

is not rendered irrelevant merely because it cannot be admitted to prove consciousness of guilt. Instead, the government explains that the encryption evidence is also relevant to prove the intensity of [Boyajian’s] interest in child pornography. The government connects [his] interest in child pornography with the encryption evidence through the following inferences.

The judge then explained why, given that the evidence was relevant to the charges in this case, it should nonetheless be excluded under Rule 403, which lets a court exclude relevant evidence if “its probative value is substantially outweighed by a danger of . . . unfair prejudice” to one of the parties. U.S. v. Boyajian, supra.  She noted that when a court applies Rule 403 to certain evidence, “the probative value of a piece of evidence `may be calculated by comparing evidentiary alternatives,’ and the Court should take into account “the full evidentiary context of the case.” U.S. v. Boyajian, supra (quoting Old Chief v. U.S., 519 U.S. 172 (1997)).

Next, she applied these standards to the issue in the Boyajian case:

Weighed against this limited probative value, there is substantial unfair prejudice that [Boyajian] will face if the encryption evidence is admitted. The encryption evidence falls under the category of `extrinsic acts evidence,’ which `is not looked upon with favor.’ U.S. v. Hodges, 770 F.2d 1475 (U.S. Court of Appeals for the 9th Circuit 1985).

This kind of evidence is disfavored because a defendant should not be convicted on the basis of `a showing that the defendant has engaged in other acts of wrongdoing.’ U.S. v. Hodges, supra.  Moreover, extrinsic acts evidence is disfavored if it has a tendency to show that a defendant has an immoral, evil, or repugnant character. . . . When this form of character evidence is introduced, there is a risk that a jury will convict a defendant `for who he is,’ not for the conduct for which he was indicted. U.S. v. Hodges, supra.

The judge then explained that the encryption evidence

carries with it a substantial risk of unfair prejudice to [Boyajian] because it tends to prove a character for dishonesty and disrespect for the law, which could lead the jury to convict defendant even if it harbors doubts about whether he commit the charged conduct. U.S. v. Newsom, 452 F.3d 593 (U.S. Court ofAppeals for the 6th Circuit 2006) (evidence is unfairly prejudicial if it suggests to the jury that defendant has a hostile, criminal disposition’).

The fact that [Boyajian] not only possessed child pornography, but also took careful, calculated steps to hide it, suggests that he has a character for secretively flouting rules and social norms. While evidence that [he] possesses this character trait would be damaging in any prosecution, it is especially damaging here where [Boyajian] is accused of deviant sexual conduct. Under the circumstances, there is a substantial danger that a jury would convict [him] based on a belief that [he] lacks respect for the norms of society, sexual or otherwise, not because he was guilty of the conduct charged in his indictment.  Moreover, the risk the jury will use the encryption evidence to reach a conviction on an improper basis is particularly strong here, because the material encrypted is child pornography, which courts have recognized as unusually inflammatory evidence that can lead a jury to convict regardless of factual guilt. . . .

The judge therefore found that because the probative value of the encryption evidence was “substantially outweighed by the danger of unfair prejudice” to him, the evidence “should therefore be excluded pursuant to Rule 403.”  U.S. v. Boyajian, supra.

She also noted that there

are other reasons tending to suggest that the encryption evidence should be excluded pursuant to Rule 403.  First, this evidence tends to confuse the issues in this case. Here, [Boyajian] has not been charged with possession of child pornography. Instead, child pornography is admissible to demonstrate his sexual interest in prepubescent girls, and hence can be admitted to prove his intent, motive, and plan to commit the crimes charged in this case.

So the judge granted Boyajian’s motion to exclude the encryption evidence. U.S. v. Boyajian, supra.
Posted by Susan Brenner at 7:56 AM