Text Messages, the Constitution and the Child's Death 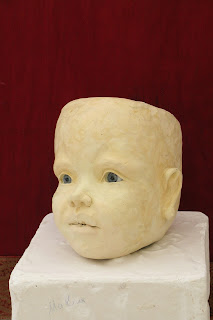 As the opinion explains, Contreras and

Ashley Massey had a child named Elena. One Sunday when Elena was two-months' old, Ashley left her with [Contreras] to go to work. When Ashley returned home she called 911.

Emergency personnel arrived at the trailer to find Elena limp, not breathing, and without a pulse. [Contreras] told a police officer who had responded to the call that Elena had had a cold the week before and that he and Ashley had woken up to find that Elena had stopped breathing.

Paramedics rushed Elena to the hospital. Despite the heat -- August in North Texas -- when Elena arrived at the emergency room her body temperature was seventy-eight degrees Fahrenheit.

She was seriously injured. Her bottom was bruised, her brain had hemorrhaged, and her major internal organs had been damaged by insufficient blood flow. She also had several diastatic skull fractures, meaning that at the sutures -- the places where the bones of her skull would normally connect -- the bones had separated. Some of the skull fractures also ran across suture lines. The damage was irreparable. Elena was taken off life support and died shortly thereafter.

Afterward, Contreras gave varying accounts of what had happened to Elena:

[He] told a child-protective-services (CPS) investigator at the hospital that a week to two weeks before, he slipped while holding Elena and she hit her head on a toy when he fell. He also said Elena's two-year old sister had dropped a spice rack on Elena's head.

He reported that Elena had made gurgling noises the previous Friday and her eyes would not track his finger. He also explained that he had squeezed her, patted her on the back, and hit her bottom. She seemed to improve, he thought, until Sunday night when she had trouble breathing. He reported that he had pushed her on her chest and raised her arms over her head to help her breathe.

[Contreras] told detectives the same thing he told CPS but added that Elena had fallen off the couch a few days before. He also said that he had pushed on her chest while performing CPR while the ambulance was on the way. He could not explain, however, how Elena's skull had become fractured in multiple places.

The next time [he] was interviewed by detectives, he added that he had shaken her in her crib on Sunday because she had been unresponsive and that as he shook her, her head had struck the side of the crib. He demonstrated how he had shaken her by using a doll.

Police began to suspect that Elena’s injuries were not the product of an accident, so they obtained Contreras’ and Ashley’s cell phones.  Contreras v. State, supra.

They asked Ashley for hers at the hospital and she handed it to them. They seized [Contreras’] when they executed a search warrant at his and Ashley's trailer. Police obtained another warrant to search the contents of both phones.

This is the transcript:

1:51 PM She has had two poopie diapers so far

1:55 PM I changed one yesterday too

8:06 PM (1/2) Wats happening to Elena wat if its all because i dropped her cuz i it did all start after that iv been crying most of the day thinking about this what if

8:06 PM (2/2) its all my fault maybe she fell to hard maybe i made her a little slow what if i left her concussed

8:11 PM Baby im so scared cuz she out cold again she been fine all day now she like knocked out whats gonna happen if it my fault baby

8:14 PM I don't think iv ever needed you more than now I just cant stop crying

8:16 PM Omg wat if see bruises and think im beating her and she acting strange i don't want her taken away baby

8:19 PM Her heart beat is faint but constant she's like knocked out

8:20 PM Don't tell them you did it i don't want you getting in trouble if they do accuse

8:23 PM im just so scared i know how bad it looks well it does to me

8:37 PM I understand if you think im hurting her i promise you im not tho but i can see if why if you do

8:42 PM Do you mean it i need the truth im telling you the truth

9:39 PM Your son close to getting out but its gonna feel like forever

Contreras’ first argument was a 4th Amendment argument.  He claimed the messages

were illegally obtained because the search warrant affidavit attached to the warrant for the phone incorrectly stated where the phone was found and which officer actually seized it. Citing . . . the 4th Amendment to the United States Constitution, [Contreras] essentially argues that because the warrant for Ashley's phone contained errors, it was invalid; and without a valid warrant, the seizure of the phone was unreasonable under the 4th Amendment.

The Court of Appeals did not agree, noting, first, that Contreras did not have “standing” to raise this argument:

[Contreras] has no standing to complain that the seizure of Ashley's cell phone -- which, the record shows, she voluntarily relinquished to law enforcement -- violated [his] constitutional rights. Proof of a “reasonable expectation of privacy” is at the forefront of all 4th Amendment claims. Kothe v. State, 152 S.W.3d 54, 59 (Texas Court of Appeals 2004).

Any defendant seeking to suppress evidence obtained in violation of the Fourth Amendment must first show that he personally had a reasonable expectation of privacy that the government violated. . . . One does not have standing to complain about the invasion of someone else's personal rights. . . . Only after a defendant has established 4th Amendment violation. . . .

As Wikipedia explains, and as I have noted in earlier posts, to be able to raise a 4th Amendment challenge to a police search, the defendant must show that he/she had a “reasonable expectation of privacy” in the place or thing searched. To do that, the person has to show that they subjectively believed the place/thing was private and society accepts that belief as objective reasonable.

The Court of Appeals found that Contreras did not have such an expectation of privacy in Ashley’s cell phone:

[Contreras] has not shown he personally had a reasonable expectation of privacy in Ashley's cell phone or the text messages recorded on it. . . . The record shows that officers asked Ashley for her cell phone and she gave it to them. [Contreras] presented no evidence showing that he had any ownership interest in the messages he sent to Ashley or that he took any steps to keep the messages private once he sent them to her phone.

Contreras’ other argument was that because Ashley

was a co-defendant who had invoked her right not to testify at [his] trial, he did not have a chance to cross-examine her about the circumstances under which she had given her phone to the police and was therefore denied his constitutional right to confront a witness against him.

Contreras v. State, supra.  In other words, Contreras claimed he was not allowed to exercise his rights under the 6th Amendment, which in part states that “[i]n all criminal prosecutions, the accused shall enjoy the right . . . to be confronted with the witnesses against him.”

The Court of Appeals did not agree.  It pointed out that “the Confrontation Clause is not implicated when a criminal defendant's own incriminating statements are used against him.”  Contreras v. State, supra.  The court noted that in Crawford v. Washington, 541 U.S. 36 (2004), the Supreme Court held that “the Confrontation Clause was violated by a trial court's admitting statements that were testimonial hearsay”, which was not what happened here. Contreras v. State, supra (emphasis in the original).

The statements [Contreras] claims the trial court erroneously admitted were his own statements recorded on Ashley's cell phone. By definition, a party's own statements offered against that party are admissions by a party-opponent -- they are not hearsay. See Texas Rule of Evidence 801(e)(2).